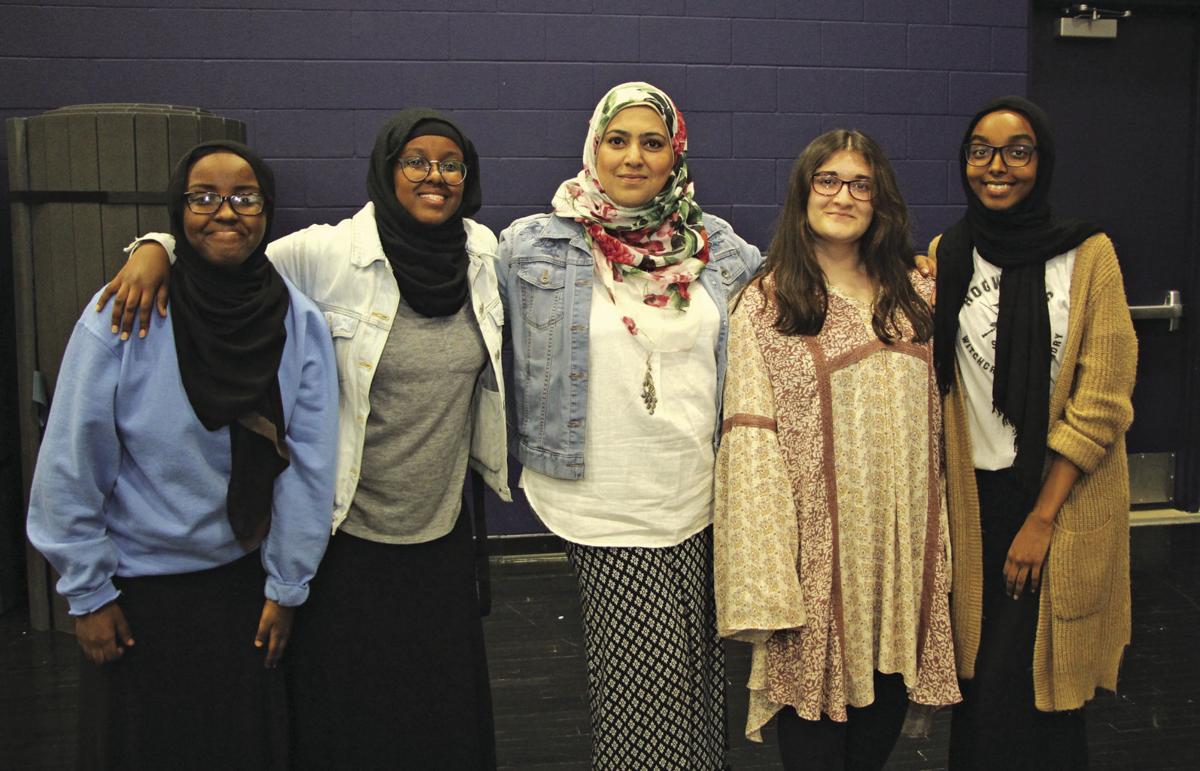 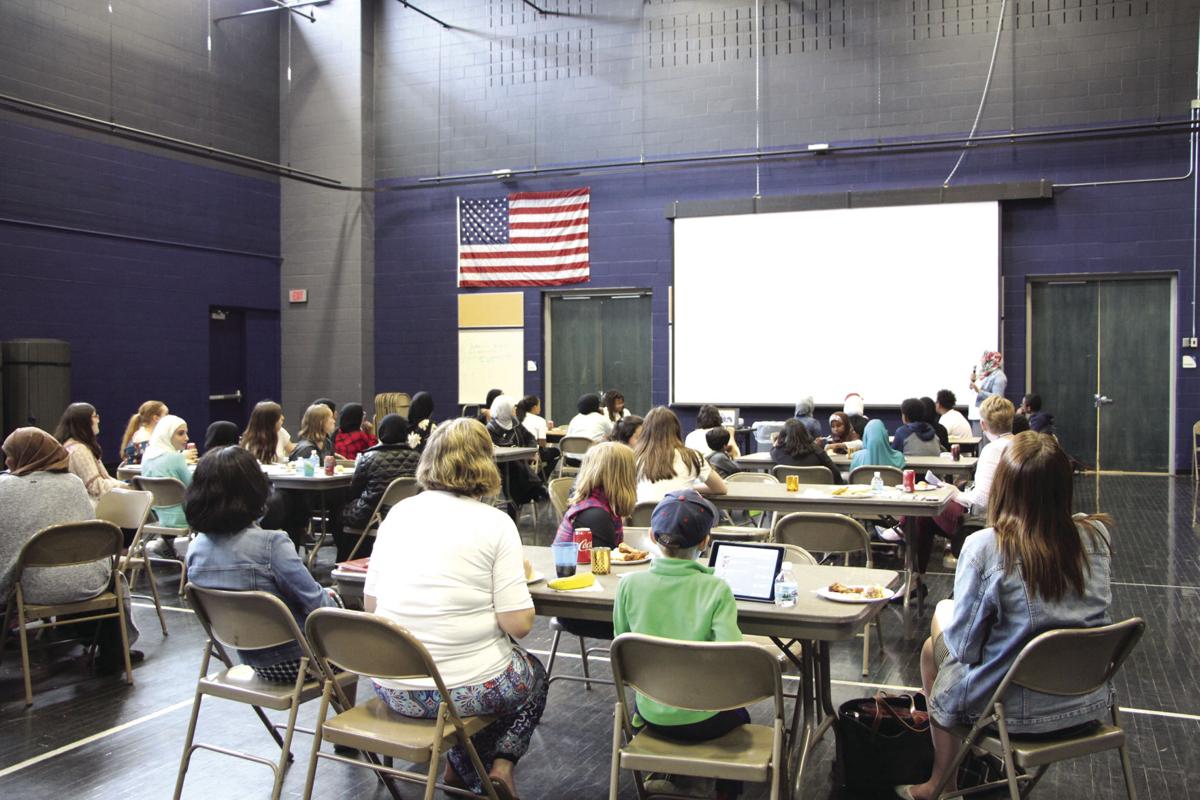 Minnetonka High School students and staff attended an informational meeting on Ramadan May 1. Muslim students spoke on their experiences at the school. 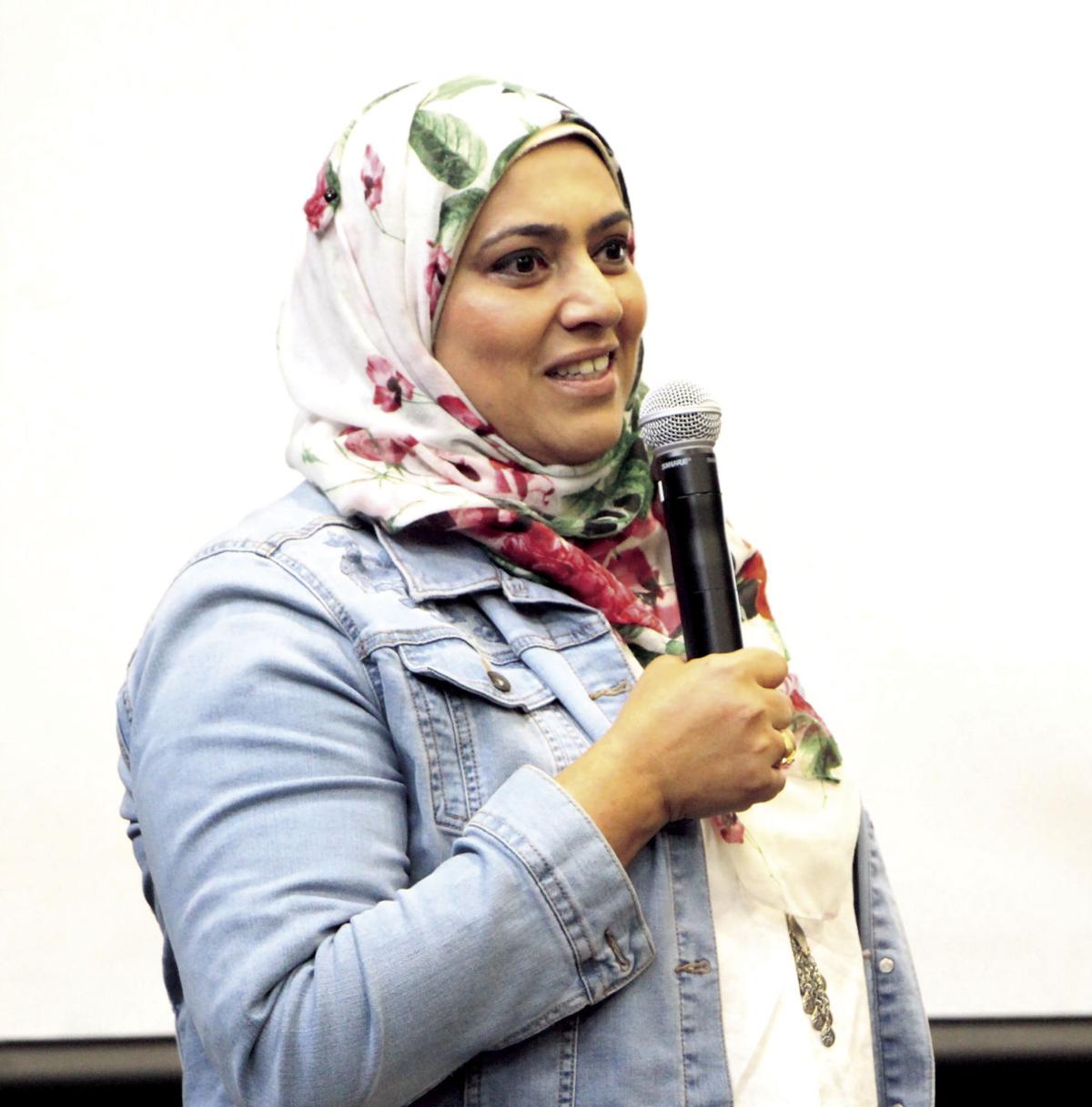 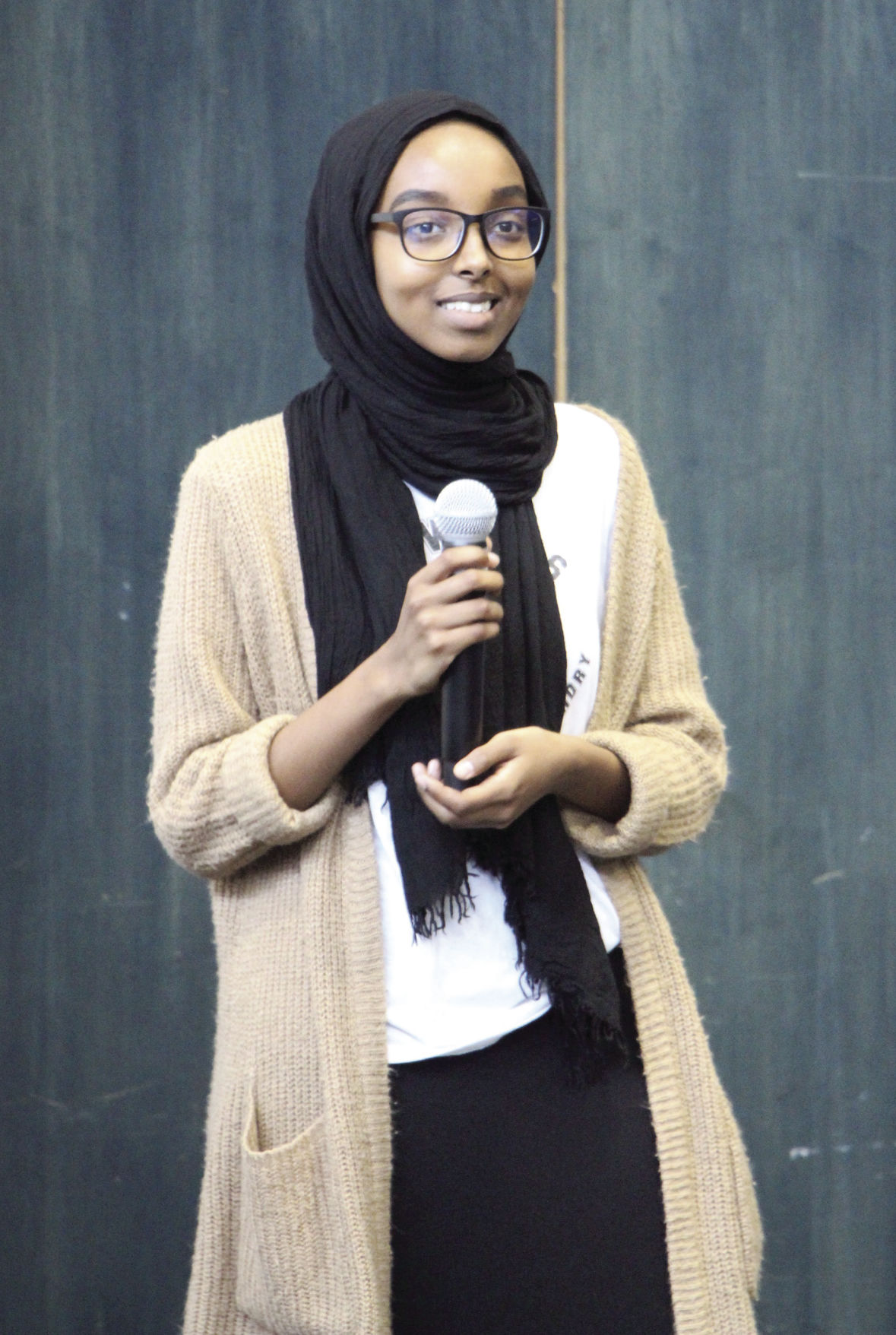 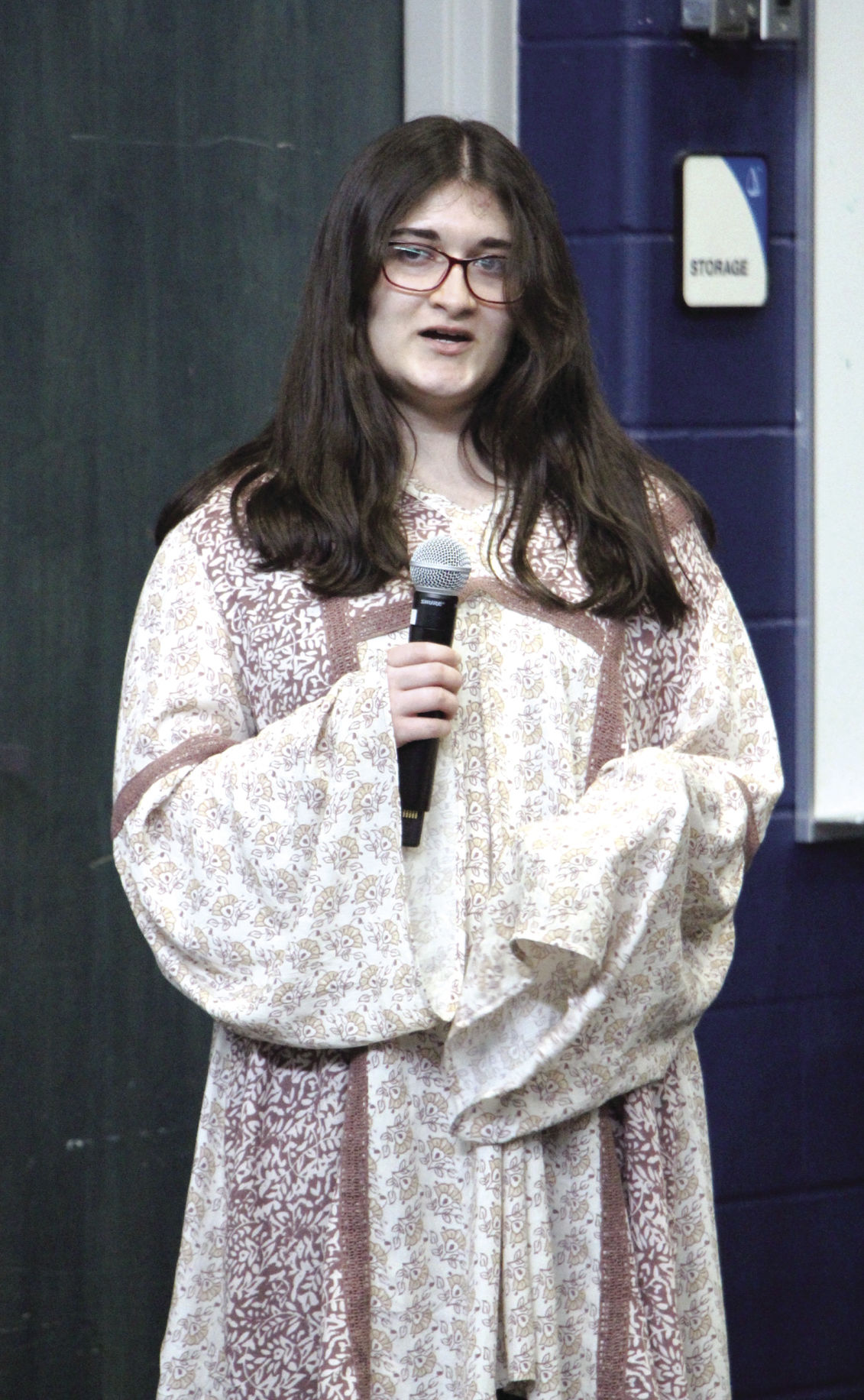 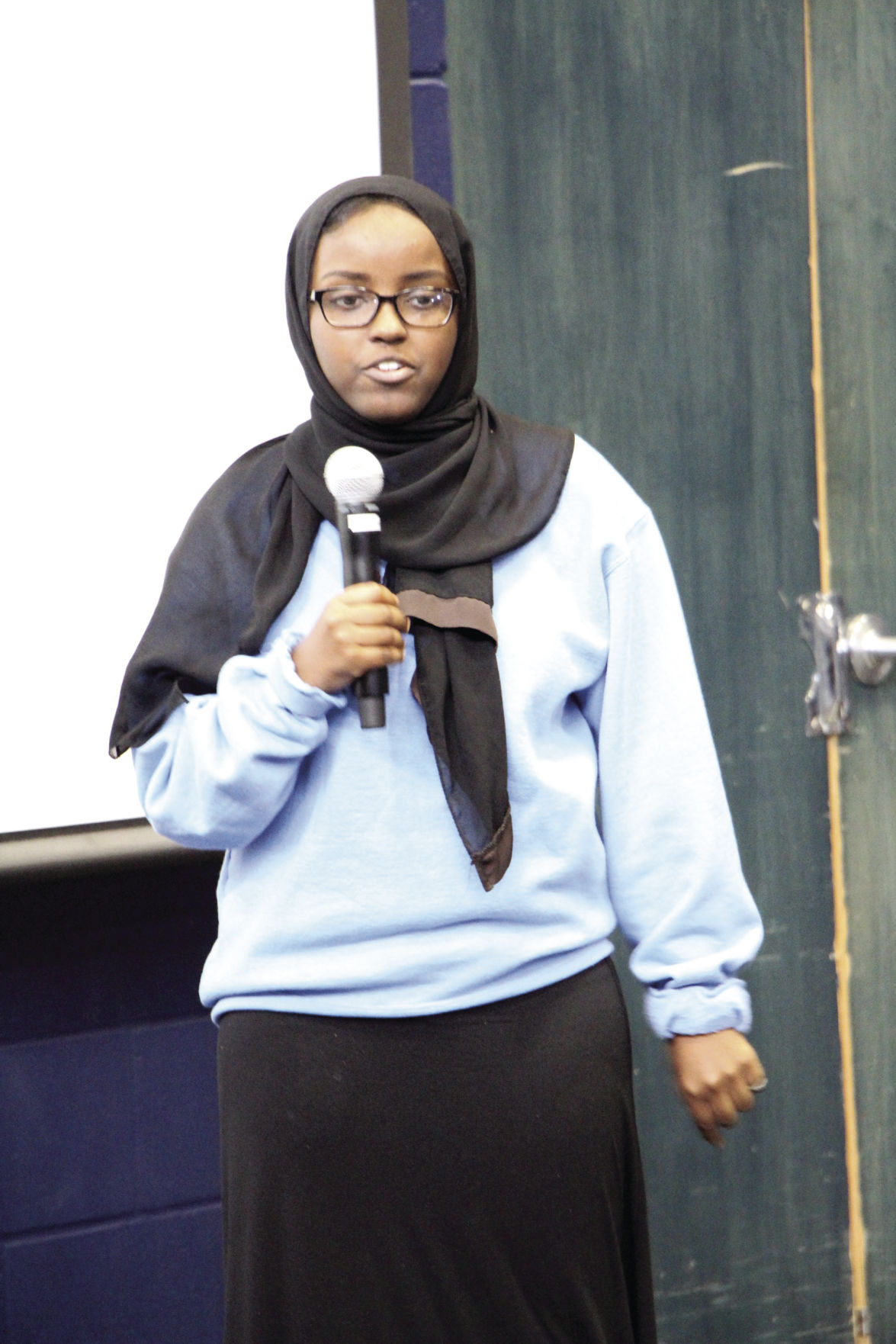 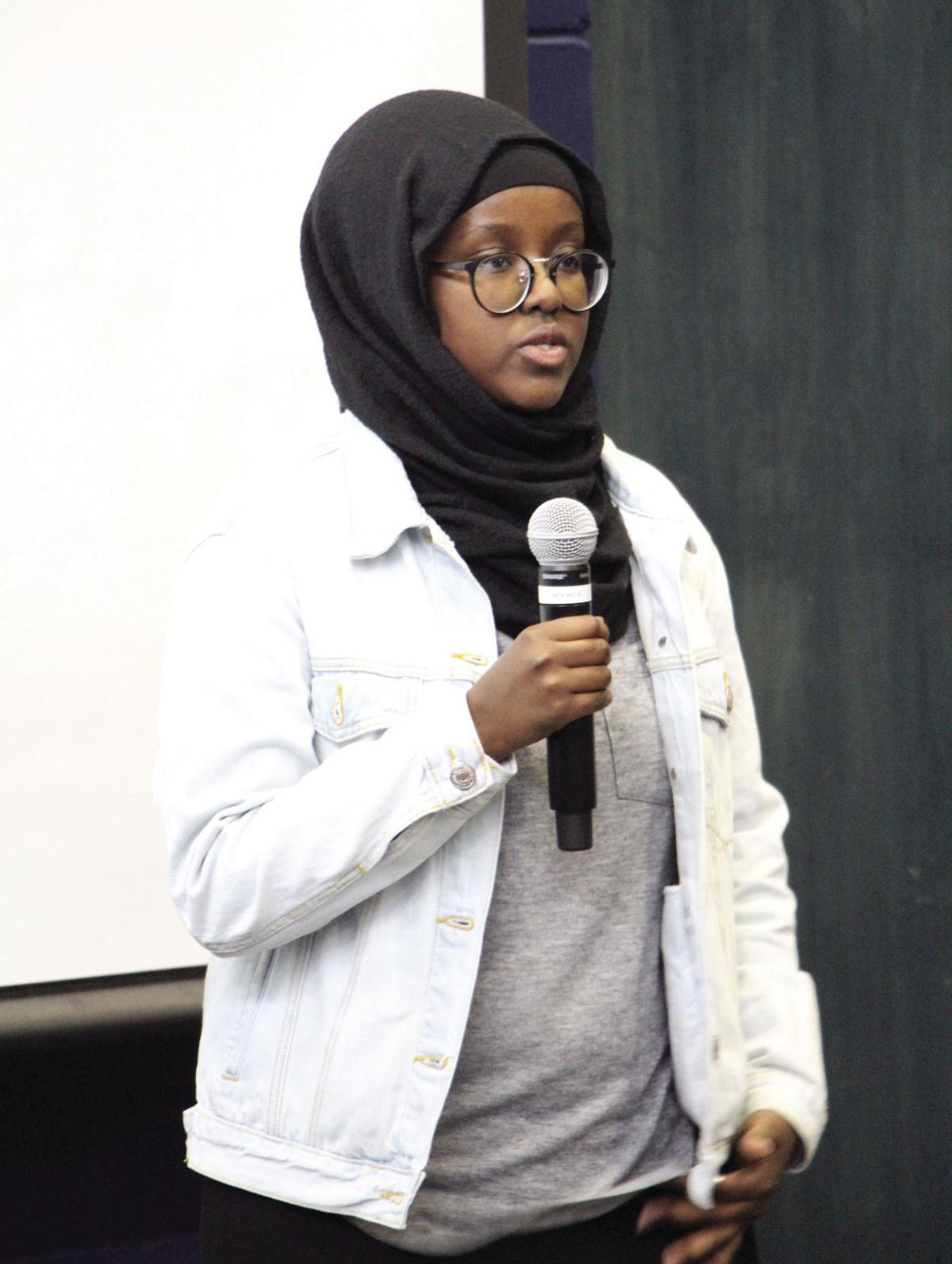 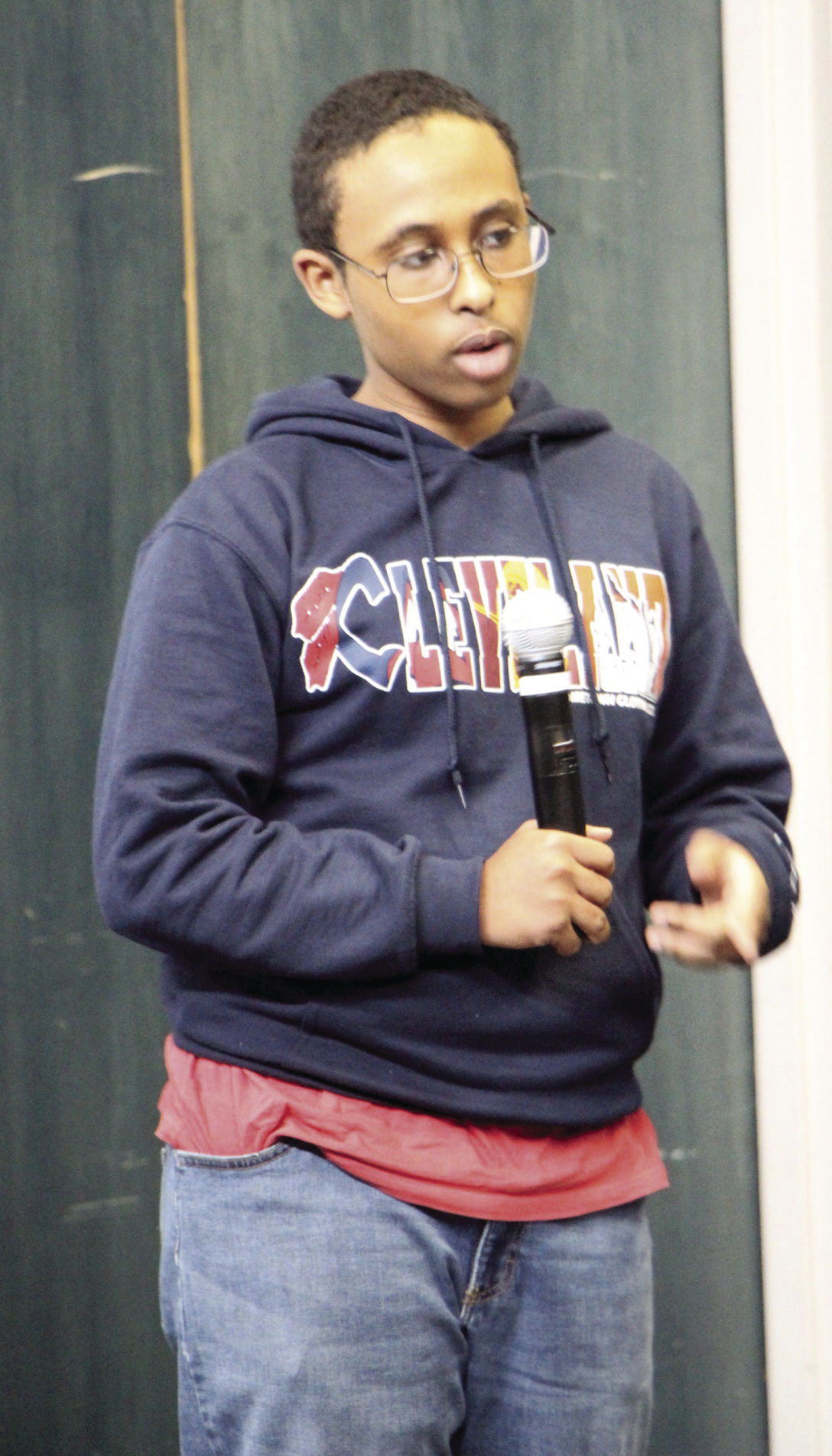 Minnetonka High School students and staff attended an informational meeting on Ramadan May 1. Muslim students spoke on their experiences at the school.

Minnetonka High School students and staff members gathered May 1 at the school to learn about the Muslim observance of Ramadan, which starts Tuesday, May 15 and ends Thursday, June 14.

Nausheen Malik spoke at the informational meeting along with a handful of high school students. Malik started a diversity group at Minnetonka Middle School East called Minnetonka Student Association, after she saw her son struggling. She said she knew other students were struggling and she wanted to unite the student body.

“The reason we started that club is really to find representation with our students,” she said. “It isn’t just for our Muslim students but also students of different ethnicities, race and students of faith.”

Malik said that the students in the association, which includes 13 Muslim students and eight non-Muslim students, have looked past preconceived stereotypes and instead connect through common interests like school, sports, movies, music and food.

“We have to look at people more than just the color of their skin,” said Malik. “We often have preconceived notions of each others faith and ethnicities where we’re not really accepting or celebrating our diversity nor do we really give people a chance to find representation.”

Malik’s goal of the meeting was to educate and make non-Muslim students aware of what Muslims students go through at school, especially during Ramadan.

Malik said that Ramadan is the most sacred month of the year for Muslims.

Muslims learn that the first chapter of the Quran, the Islamic holy book, was revealed to the prophet Muhammad by the Angel Gabriel during one of the last 10 nights of Ramadan, called Laylat al-Qadr or “the night of power.”

Ramadan is one of the Five Pillars of Islam, the main beliefs of the faith, that also include declaring that there is no god except Allah and Muhammad is Allah’s messenger, ritual prayer five times a day, giving 2.5 percent of one’s savings to the poor and needy and a pilgrimage to Mecca at least once in a lifetime.

During Ramadan, Muslims fast from sunrise to sunset and aren’t allowed to eat, drink or smell food. Those who are suffering from illness, traveling, are elderly, pregnant, breastfeeding, diabetic or menstruating are exempt from participating in the fasting.

Muslims typically get up really early to eat before the sun rises and they break the fast after the sun sets with an iftar dinner, which is often eaten at their local mosque with other members.

Fasting is thought to bring Muslims closer to Allah, to increase their willpower, to help them feel compassion for the poor and gives time to reflect on shortcomings and strengthen community relations.

“Fasting is a time to reflect,” Malik said. “If you look at the spiritual side, fasting helps Muslims draw closer to God. It’s a time of perfection because you are not thinking about food and you focus on other things.”

Malik said that Muslims have other restrictions, including no lowering your gaze, arguing, fighting, smoking, swearing, lying or wasting your time on useless activities.

“Ramadan is a time for reflection and coming together as a community,” she said.

During Ramadan, Muslims pray five times a day, study the Islamic faith, recite and learn the Quran and give to those in need or do charity work.

How do students handle Ramadan at school?

Malik said that Ramadan could be a difficult time for Muslim students, especially the students are the minority.

“What I want people to think about is what students are going through when they are fasting during Ramadan,” Malik said. “What is their experience when they are walking down the halls and they haven’t eaten or drank anything in 10 hours? What if they have a test coming up or they have to get through gym class, where they may have to run a mile otherwise they get a failing grade? What if there is food at their class party and they can’t take any treats? What is their experience at school while they are fasting?”

Malik said that it’s up to Muslim students to speak up on their needs and it’s also up to non-Muslim students and staff to be more aware during Ramadan.

Senior Zainab Abdi said she spoke with her teachers about Ramadan and the effects of fasting on her concentration and energy levels. As a result she was able to sit out in gym class and she was allowed to pray during lunch.

“My teachers have been very accommodating during Ramadan,” she said. “I spoke to them and explained to them what I’m doing, why I’m fasting and how it effected me. I’ve had a very positive experience here.”

At a few of the district schools, Muslim students are allowed to go to their school’s media center or lie down in the health office to sleep, due to getting up before sunrise to eat. Also Muslim students will be exempt from gym class during Ramadan.

Senior Hibo Ali said that it was very difficult to concentrate on tests and her teachers worked with her if she needed extensions or other accommodations.

What can others do?

Malik said that there are a number of things that students and staff members can do to reach out to Muslims during Ramadan.

First, she asked the school to announce when Ramadan begins and ends.

She said, “If you put it on the calendar, Muslim kids will feel representation.”

Malik also urged students and staff member to greet Muslims with “Ramadan Mubarak,” which means have a “Blessed Ramadan.”

Another request is to be aware of the presence of food during class parties or if students are required to stay in the lunchroom.

Freshman Shanal Khawaja and junior Ismahan Ali said that they’ve been required to stay in the lunchroom.

“I felt really weird that everyone around me would be eating during lunch and I couldn’t,” Khawaja said. “Later I’d feel hungry and eat an apple in secret and I’d feel really guilty. ... Letting us have a room is a good thing.”

“We’ve been pro-actively educating our teachers about seeing through the lenses of a young Muslim boy or girl during Ramadan and how these students feel about school and about this community,” said Minnetonka Middle School East Principal Pete Dymit. “Having their voices heard more has been very helpful and I think it builds those bridges of trust between the students and the school.”

Non-Muslims can also reach out to Muslims from their school or community by attending an interfaith iftar dinner during Ramadan.

To learn more about interfaith iftar dinners scheduled in many communities, visit the Minnesota Council of Churches website, at mnchurches.org.

Malik said, “Everyone has a story and if you speak to them, regardless of their race, ethnicity or faith, you will find so many similarities with your own story.”