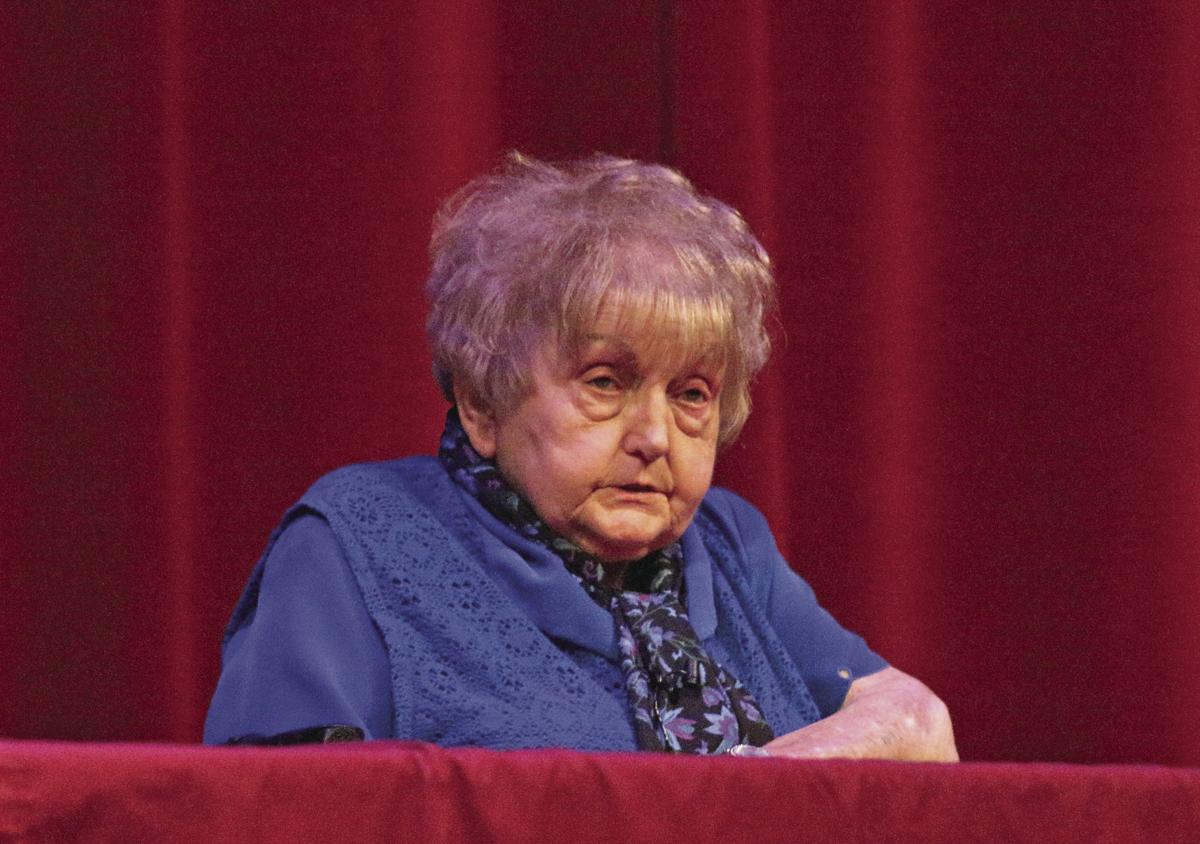 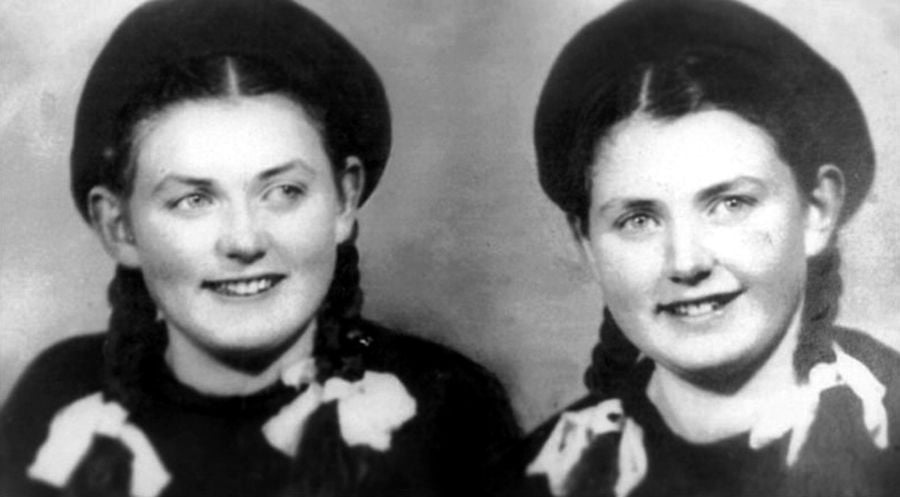 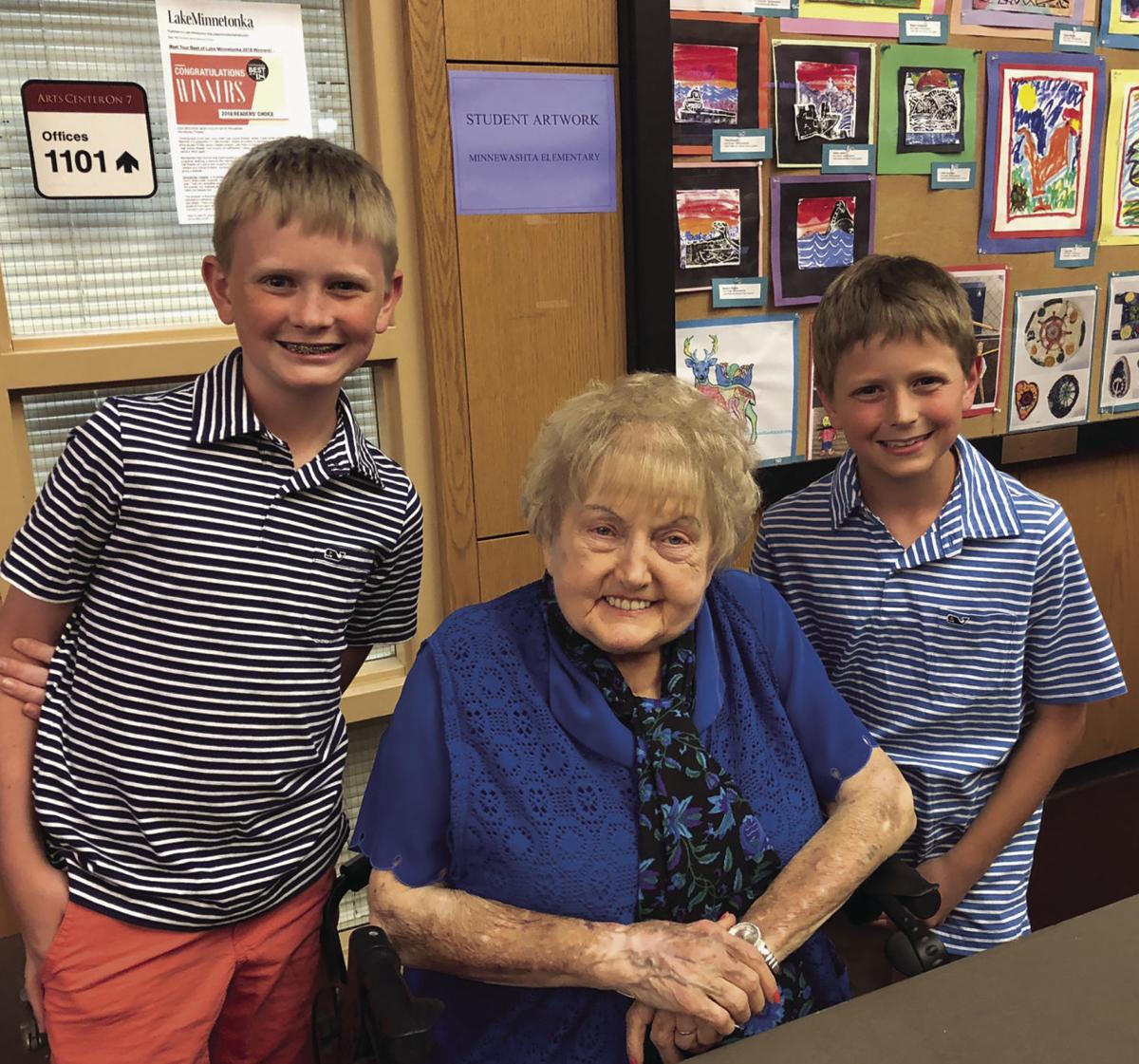 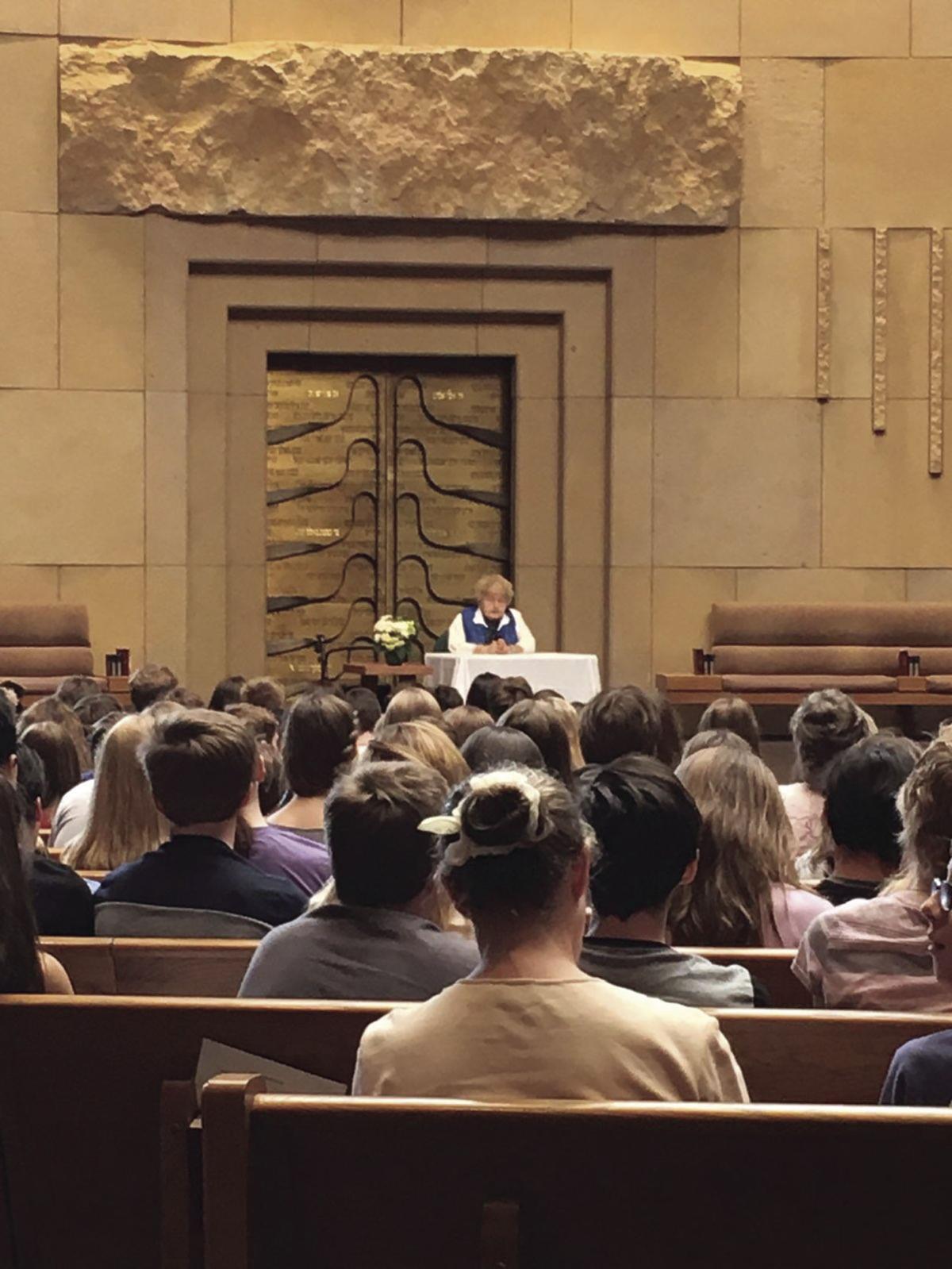 Holocaust survivor Eva Kor called for “forgiveness and healing” when she spoke on her life experiences May 17 at Minnetonka High School.

Rachel Miller, eighth-grade language arts teacher, said that it’s important now more than every to teach the Holocaust in schools because more Americans are forgetting it.

“Not only do we want our students and our Minnetonka community to be informed citizens of world events, but also people who know that remembering begins with how we treat people everyday in our lives,” Miller said. “It starts with kindness, compassion and empathy.”

This is the message Kor has been spreading for more than 73 years.

Eva Mozes Kor, and her twin sister Miriam Mozes Zeiger, was born on Jan. 31, 1934, in the town of Port, Transylvania, which is now part of Romania.

Her parents, Alexander and Jaffa, were farmers and the only Jewish residents in town. They had two more daughters, named Edit and Aliz.

In 1940, when Kor was only 6 years old, the Hungarian army came and occupied their village under the leadership of a Hungarian Nazi.

“With the occupation everything changed,” she said.

Alexander was required to report every two weeks to the local police station because he was on parole for being Jewish.

“Here I’m 8 years old and I could feel with every ounce of my being that we were in great danger,” Kor said.

She suggested to her father that they should flee, but he dismissed the idea, saying the Germans would not come to the town to pick up their family.

In 1944, the family was transported to the regional ghetto in Simleu Silvaniei in the Cehei village in Salaj County, Transylvania where the family lived in a tent.

“We kept telling ourselves that as long as the family is together, somehow we’re going to make it,” Kor said.

A few weeks later, they were transported, in a dark and cramped cattle car with 100 other people, to the Auschwitz-Birkenau death camp in southern Poland.

“During the four years of occupation we heard a lot of rumors that Jews were being taken to Germany to be murdered,” Kor said. “We didn’t know when or how, but somehow we had an eternal hope that we as Hungarian Jews were so privileged that we wouldn’t be taken back to Germany.”

Kor said that, during the three-day trip, no one was given any food or water and anyone who was caught trying to escape would’ve been shot.

“People begin to pray because that was all people could do,” she said.

When the family arrived, thousands were led out of the train of cattle cars to Auschwitz.

Jaffa grabbed Eva and Miriam and held on to them. Kor said she looked behind her and noticed her father and her sisters were no longer behind them.

“I never saw them again,” she said.

Since Eva and Miriam were twins, the girls were selected as part of a group of children used in experiments under the direction of SS officer and physician Josef Mengele, who was also known as the “Angel of Death.” The girls were separated from their mother, whom they never saw again.

Mengele did experiments on approximately 732 sets of twins, and only 200 of them survived.

Eva and Miriam were later processed into the camp along with 30 other girls. They were given short haircuts and tattoos. Eva became A-7063 and her sister A-7064.

They stayed in a barrack with tall bunk beds and slept on a straw mat. Rats ran around the dirty barrack, she said.

Kor recalled that, after seeing the corpses of children near the barrack, she made a pledge to herself and her sister.

“I made a silent pledge that I would do anything and everything in my power to make sure that Miriam and I will not end up on that filthy latrine floor and instead we will survive and walk out of this camp alive,” she said.

Mengele counted all of the twins daily and then they were given breakfast, a cup of cold coffee. After breakfast, the experiments began.

On Mondays, Wednesdays and Fridays, Eva was placed in a room, naked for up to eight hours, and she was measured and compared with Miriam.

“These experiments were not dangerous but they were terribly demeaning,” she said. “Even in Auschwitz I couldn’t cope with them making me feel like a nobody and I began to cope with it by blocking it out of my mind.”

During one of the experiments, Kor was given multiple injections in both her arms and eventually became very ill with a high fever, rash and had swollen limbs. She was sent to the hospital barracks at Auschwitz.

Kor said that her or no one else ever discovered that nature of the experiments. It’s believed that the injections were a variety of diseases.

At the hospital, Mengele looked at Eva’s chart and laughingly said she had two weeks to live.

“I refused to die,” Kor said. “I made a second silent pledge that I would do anything in my power to prove Dr. Mengele wrong by surviving and being reunited with Miriam.”

For two weeks, Kor said she only had one clear memory.

“I remember crawling on the barrack floor,” she said. “I was crawling because I could no longer walk. I was crawling to reach a water faucet on the other end of the barrack. ... As I was crawling, on each side of me was three-story high bunk beads and people were reaching out and screaming. If you ever want to imagine how the Valley of Death looked, that was it.”

Two weeks later, Kor’s fever broke and she was later reunited with Miriam.

“Dying in Auschwitz was very easy,” she said. “Surviving was a full-time job. People needed two things: luck and wit.”

Kor later discovered that if she had died, Miriam would’ve been killed and the autopsies would’ve been compared on the sisters. Eva was the experiment and Miriam was the control.

On Jan. 27, 1945, the Soviet Army liberated Auschwitz. Eva and Miriam walked out together. Kor had kept her pledge.

After the camp was liberated, the sisters lived in a refugee camp where they located Rosalita Csengeri, a friend of their mother, who also had twin daughters used for experiments by Mengele. Csengeri took care of Eva and Miriam, and helped them return to Romania, where they discovered that none of their family had survived.

The sisters lived in Romania for five years under Soviet occupation. While attending school, Kor joined the Communist Party, but didn’t like when an officer told her that she wasn’t allowed to think for herself.

In 1950, the sisters immigrated to Israel and went to agriculture school. Kor was eventually drafted into the Israeli Army into the engineering corps and reached the rank of sergeant major.

Eva met another Holocaust survivor and American tourist, Michael Kor, and in 1960 they married in Tel Aviv. Eva joined him in Terre Haute, Indiana, where she still lives. In 1965, she became a U.S. citizen. They raised two children, Alex and Rina.

Miriam lived in Israel until her death from kidney cancer in 1993. It was discovered that her kidneys never grew from that of a child, which was likely caused by the Mengele experiments.

Kor has been actively involved in lecture engagements and documentaries where she tells of her experiences during World War II.

Every year, she visits Auschwitz and takes 100 visitors.

In 1995, Eva invited Hans Münch, a physician at Auschwitz, to visit the camp with her. He shared details on the gas chambers.

On the site of the ruins of the gas chambers, on the 50th anniversary of Auschwitz’s liberation, Kor gave a letter of forgiveness to Münch and also forgave Mengele.

In April 2015, Kor traveled to Germany to testify in the trial of former Nazi guard Oskar Gröning, who was stationed at Auschwitz. During this trial, Kor and Gröning shared an embrace and she thanked him for speaking about what happened at the camp.

“Be kind to one another,” Kor said to the audience. “Treat each other with respect and kindness and we’re going to make a difference in the world.”

In 1995, Kor founded CANDLES Holocaust Museum and Education Center in Terre Haute. The center educates visitors about eugenics, the Holocaust and the power of forgiveness.

To learn more about the museum, visit candlesholocaustmuseum.org.