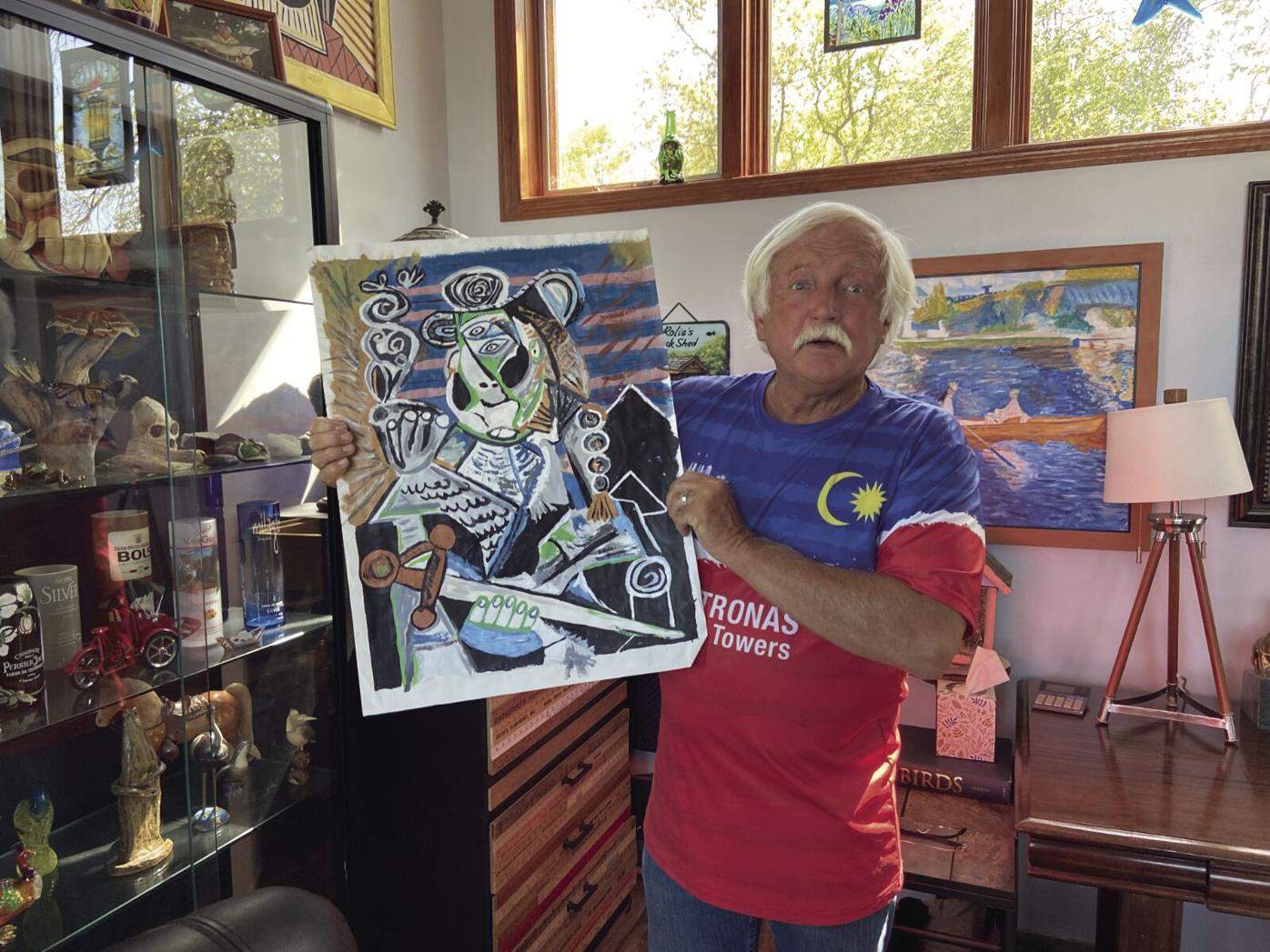 Ken Koester has been foraging professional paintings, including works by favorites like Picasso, Cezanne and Monet, for his home gallery for five years. 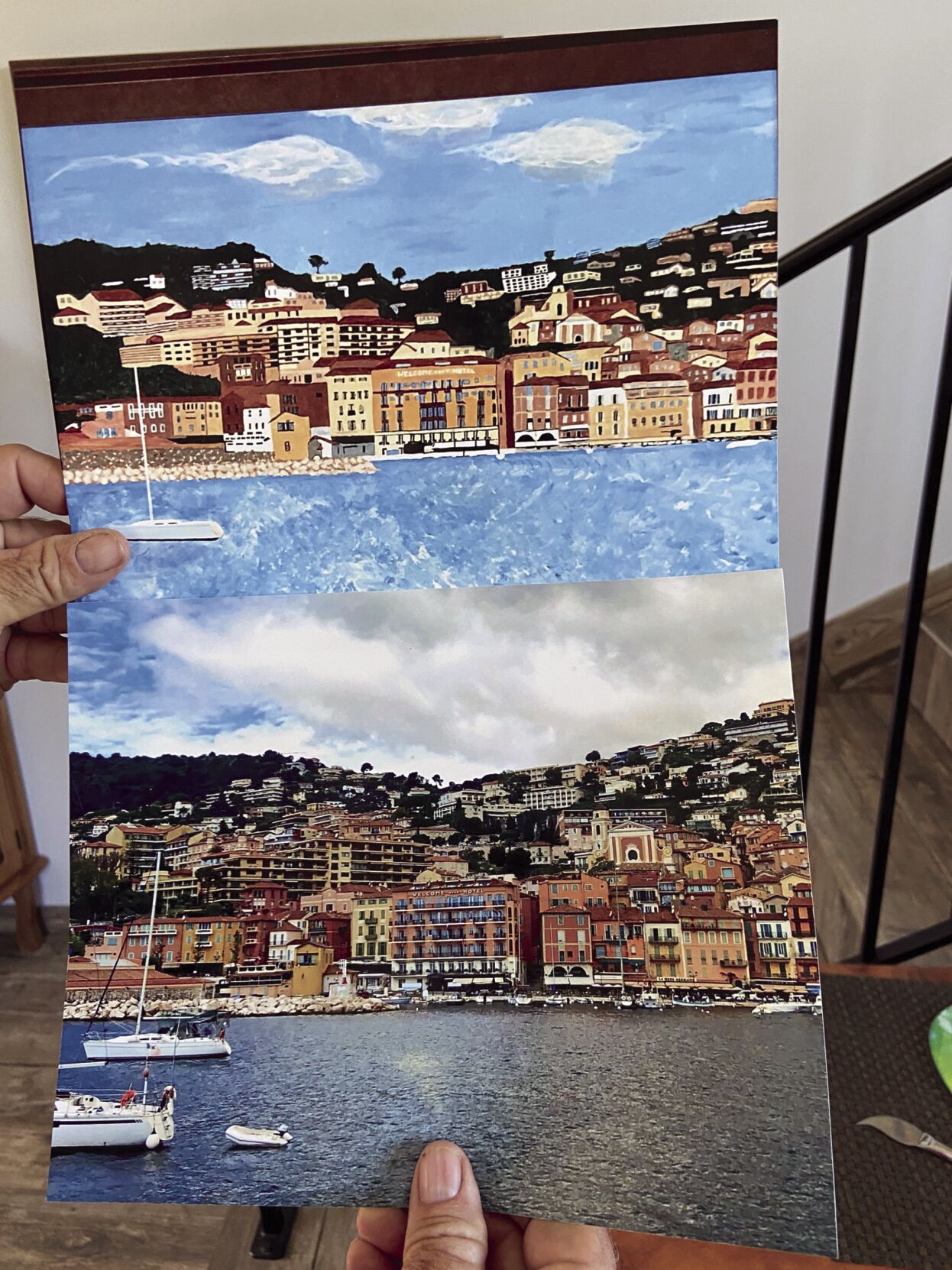 A photo from a trip to Nice, France inspired this painting by Ken Koester. 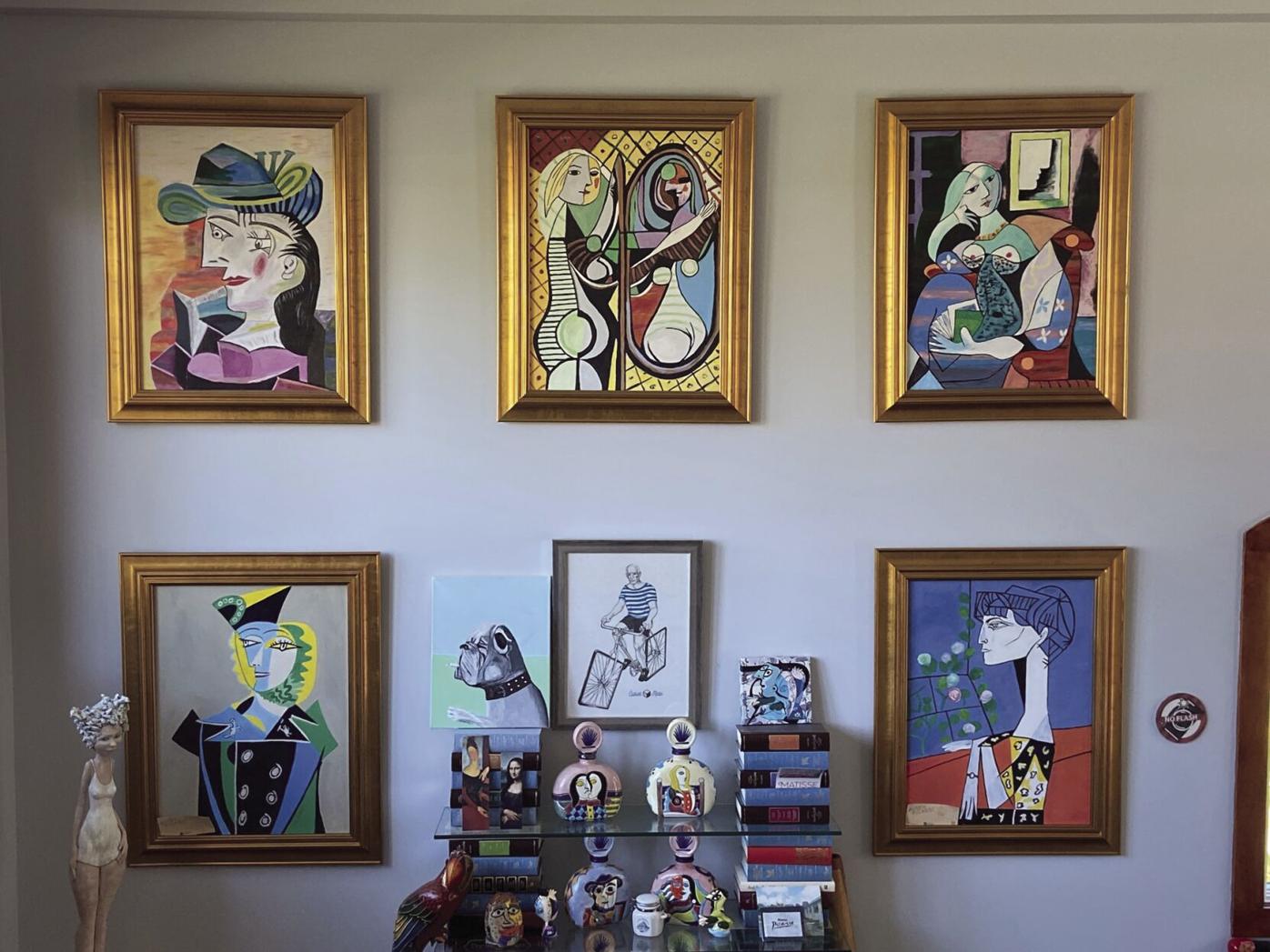 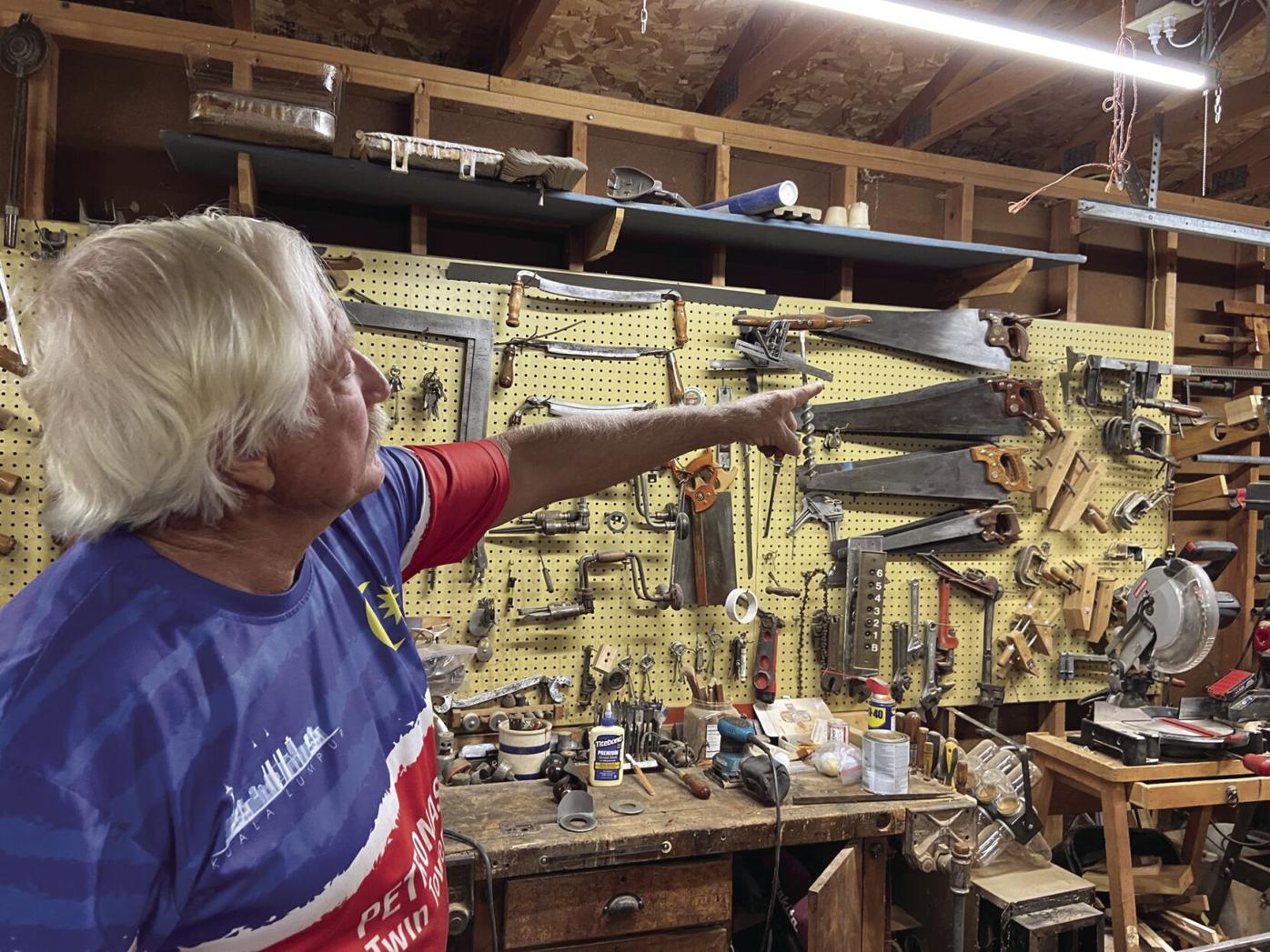 Ken Koester inherited hundreds of tools from his father, a lifetime carpenter. Kroeger also enjoys creating art and being resourceful with wood. 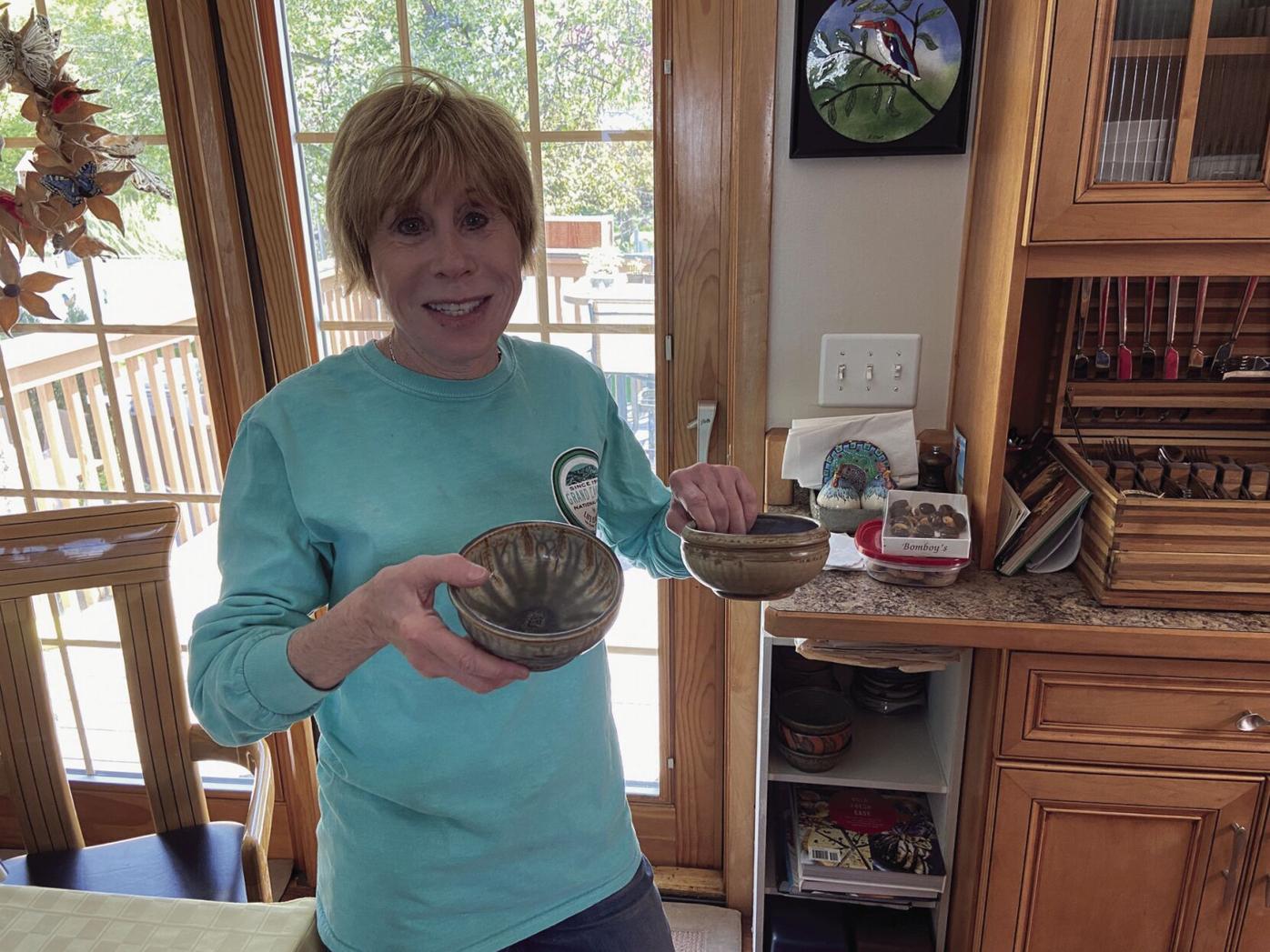 Ken Koester has been foraging professional paintings, including works by favorites like Picasso, Cezanne and Monet, for his home gallery for five years.

A photo from a trip to Nice, France inspired this painting by Ken Koester.

Ken Koester inherited hundreds of tools from his father, a lifetime carpenter. Kroeger also enjoys creating art and being resourceful with wood.

At 71 years old, Ken Koester has found plenty of ways to spend his retirement, from backyard gardening to woodworking. What he reveres the most is his ability to turn a blank canvas into another man’s work of art.

Uniquely identified by “Forger” vehicle license plates, Koester lives up to the title and has spent the last five years forging dozens of paintings from famous artists like Picasso, Cezanne and Monet.

The retired stockbroker is recreating the works of art for his own satisfaction and enjoyment.

“I want to copy the most expensive paintings there are,” he said, pointing to his wall of replicas, including “The Card Players,” by Paul Cezanne, whose original sold for $230 million; and Picasso’s “The Women of Algiers,” which sold for more than $175 million.

He enjoys works like Picasso for the clean lines and simple color configurations.

“They are very simplistic and that suits my ability,” he said.

Five years ago, the first painting he ever forged was Picasso’s “Woman With a Blue Hat.”

When Koester shared his plans with his wife, Cheryl, she questioned his artistic ability and told him he could take the painting to work when it was finished.

After seeing just how good he was, “she did a total 180 on me,” Koester said. “Then it was OK to leave it in the house.”

Koester made it clear that he isn’t driven by monetary gain and doesn’t sell any of his replicas.

“I’m making no attempt to make something that’s truly forgery status,” he said.

His work also allows him to have paintings that would not be financially obtainable otherwise.

His inspiration to forge well-known, museum-worthy art came 30 years before he even picked up a brush.

When he was 25, he visited a wealthy family friend in California at just the right time.

The family had just purchased five paintings of “old oils and Rembrandt’s” worth $5 million. Their insurance provider informed them they would need to have the paintings secured in a vault or have a 24/7 security guard at their home.

“If they’re stolen, they’re gone forever,” Koester said, of the risk this family took on by having these expensive works of art.

The owners insisted on displaying the art, so they hired a forger to create exact replicas to hang while securing the originals.

When Koester returned a year later, he was able to see the authentic paintings and their duplicates side by side.

“I couldn’t tell the difference,” he said. “It was just so overwhelming. It was unbelievable to see two paintings that looked identical.”

Knowing he would never be able to afford such paintings himself, Koester decided to try and recreate them years later. “At least to my satisfaction,” he clarified.

Koester’s artistic abilities were evident early in his youth, though he put them on a shelf until much later in life.

As the son of a carpenter, Koester’s ability to read blueprints became useful by allowing him to scale a photo or painting to the proper dimensions on a canvas.

Copying others is much easier than “forcing yourself to freehand everything,” he said, noting it can be frustrating creating something from the framework of his mind.

“Primarily, they’re paintings I like. Secondarily, they are paintings that have less than five people in them,” he said, noting that any more detail than that gets to be more complicated.

It’s also art that he can appreciate without spending a lot of money, he said, noting it’s only the cost of the frame, canvas and paint, and three days of work.

When Koester isn’t painting, he’s creating utilitarian art, such as furniture and birdhouses, of wood.

He’s also very resourceful and enjoys finding unique items at garage sales that he can recycle in other ways.

Koester also has plenty of collections, from golf balls signed by celebrities to beer bottle caps that he later used to create a bar.

A lot of his inspiration and ideas come from the couple’s travels. They have visited 35 countries throughout Europe, South America and Asia and collected various finds along the way.

Painting, however, is a passion that allows him to escape the stresses of the world.

“I measure, copy, mix color and enjoy the paint flow off the tip of my brush,” he said. “It’s awesome.”