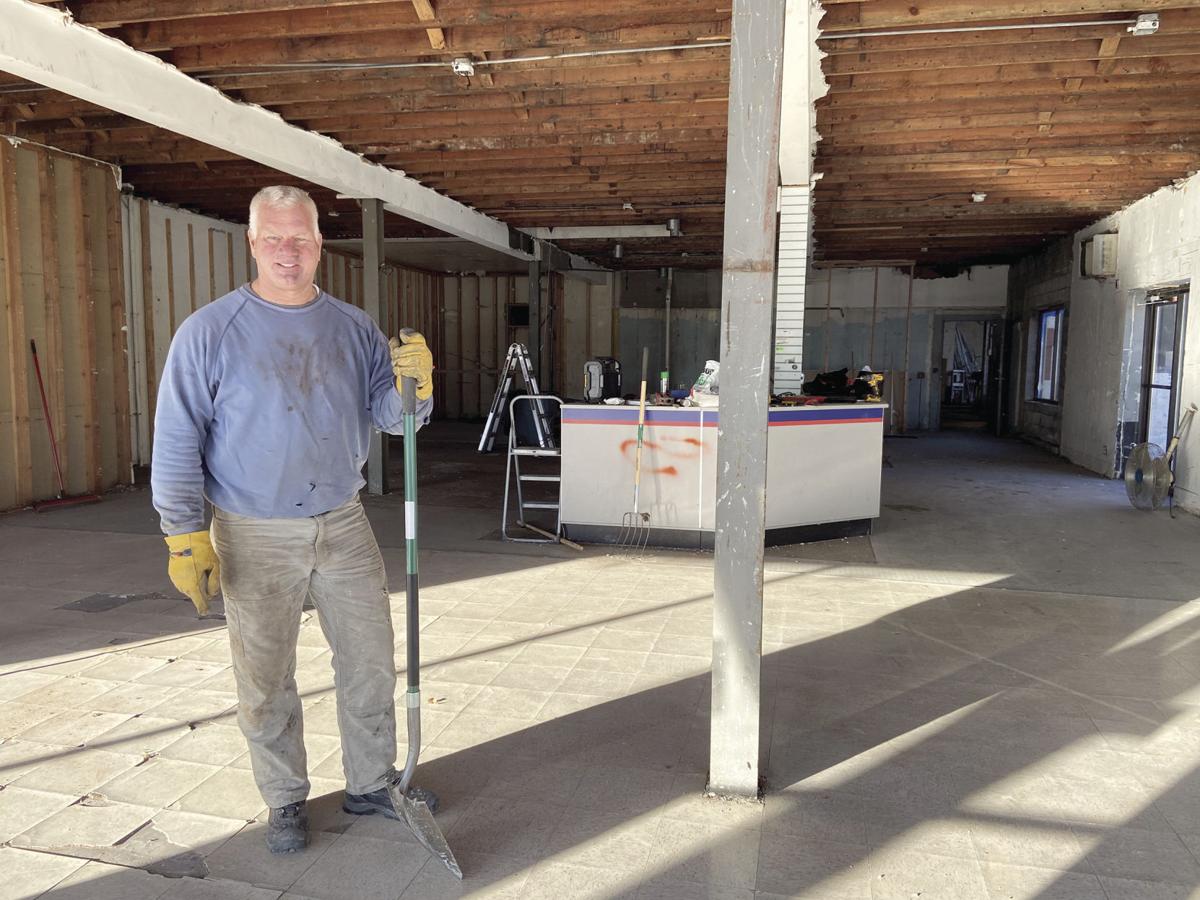 Nathan Bergeland is busy demolishing parts of the interior of the former tire shop as he awaits concept plans from the architect for Bear Cave Brewing. 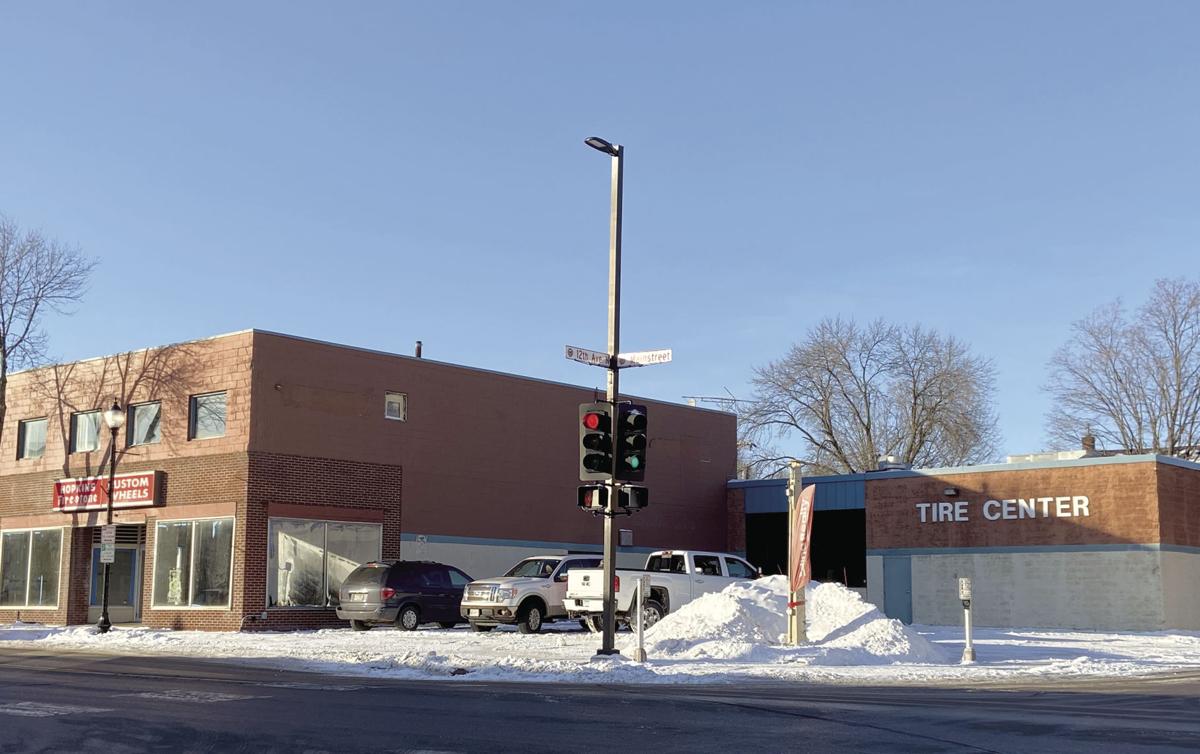 Nathan Bergeland and his wife, Jillian Link, of Eden Prairie, recently purchased the former Firestone building at 1201 Mainstreet with plans to open a brewery by the fall.

Nathan Bergeland is busy demolishing parts of the interior of the former tire shop as he awaits concept plans from the architect for Bear Cave Brewing.

Nathan Bergeland and his wife, Jillian Link, of Eden Prairie, recently purchased the former Firestone building at 1201 Mainstreet with plans to open a brewery by the fall.

Plans are underway to turn a 75-year-old tire shop in downtown Hopkins into a two-level brewery, complete with a roof-top deck.

Owner Nathan Bergeland said he hopes to be ready to open Bear Cave Brewing by September, or at least in time to enjoy some of Minnesota’s patio season.

Bergeland and his wife, Jillian Link, of Eden Prairie, recently purchased the former Firestone building at 1201 Mainstreet, which offers more than 11,000 square feet of space.

Despite that the building is in a “bit of disrepair, we thought it had great bones,” said Bergeland, who has been busy demolishing the interior while he waits for a concept plan from an Ohio-based architectural firm that specializes in breweries.

The couple’s inspiration to open a brewery grew from their experience owning and operating a vineyard near Alexandria and selling grapes to the nearby Carlos Creek Winery.

About eight years ago, Bergeland began dabbling in brewing beer, everything from ales to lagers.

It didn’t take long for the couple to add bines to their vine-growing venture. Hops grow on bines, which are climbing stems.

Given the positive feedback he received on his beer, Bergeland considered going into the brewery industry.

The idea was solidified during a trip to California when the couple was introduced to the “I Pour It” system, a self-pour dispenser used in some taprooms. Customers purchase a digitized card that they scan to pour their own beer, to a certain limit.

According to the research, this system increases beer purchases by 80%, reduces staffing costs by 40% and contributes to about 20% less beer waste, he said.

Looking at it from an economic standpoint, “I thought ‘let’s do this,’” Bergeland said, who is also a wealth management advisor.

The couple originally sought to open at a city-owned location near Highway 5 and County Road 101 in Chanhassen, but the council went with another brewery proposal.

Not long after that, Bergeland found the Hopkins building for sale.

Built in 1945, the building offers “interesting floors and ceilings,” with old-growth Douglas fir, that he plans to rejuvenate with walnut-shell blasting, an alternative to sandblasting.

The three-level building also offers plenty of space to store beer and wine.

The space will allow for two taprooms on two levels, a meeting room and a roof-top deck above the former vehicle bay on the east side of the building.

In addition, Link is working on a cicerone certification, to become a beer expert of sorts, similar to a sommelier for wine. This will allow them to provide educational tours and classes to teach about the brewing process.

As far as the design, the couple is going with an outdoor theme to coincide with the name, Bear Cave Brewing.

“What we’re really thinking to do is bring the outdoors in,” Bergeland said, with a lot of natural wood elements and lighting through atrium windows and garage doors.

They also plan to make the business dog-and bike-friendly.

They also plan to serve food, such as heavy appetizers and pizza.

With LTD Brewing on the other side of Mainstreet, Bergeland sees this arrangement as a “nice bookend,” making Hopkins more of a destination for breweries.