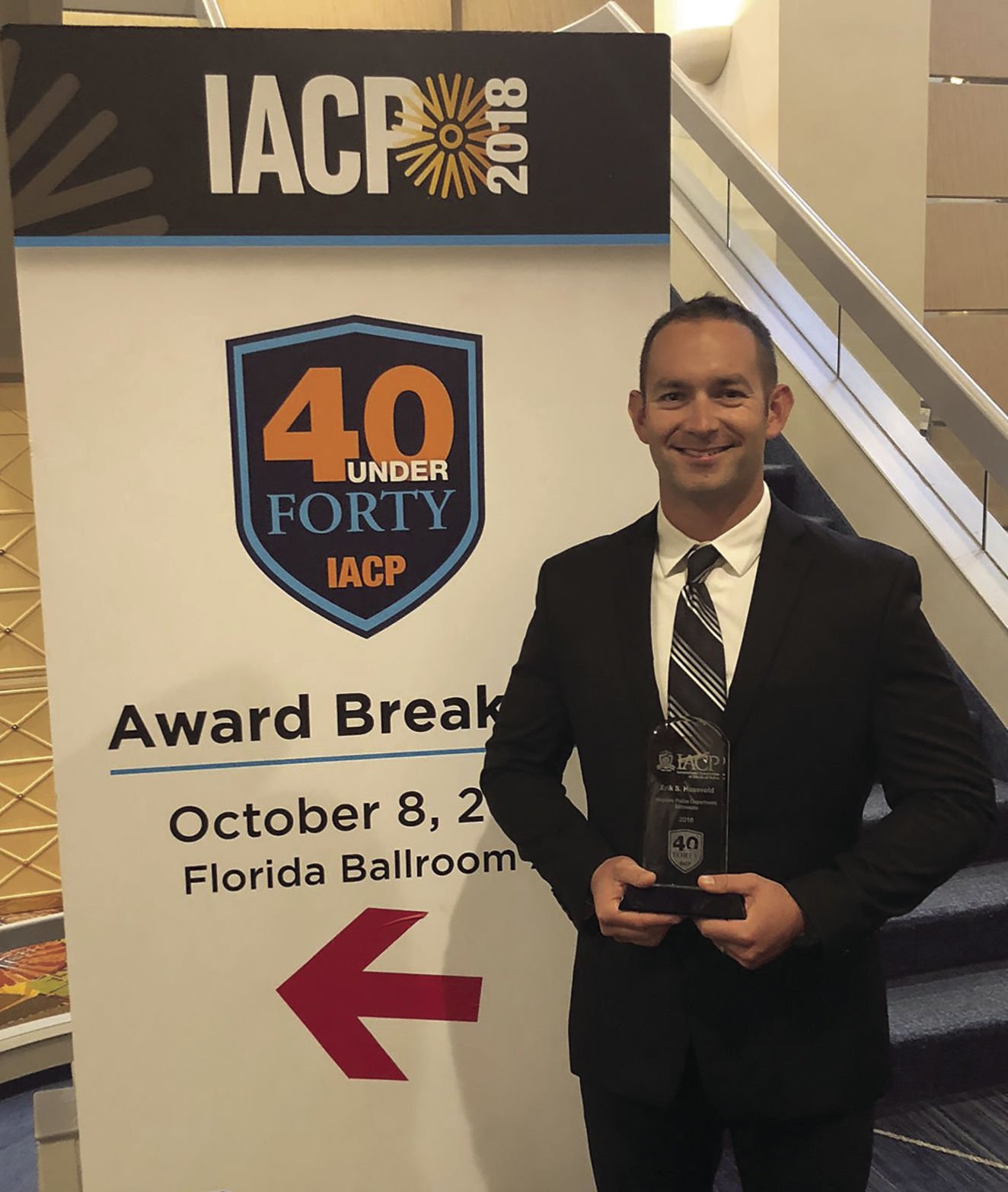 Hopkins Police Captain Erik Husevold is a recipient of the “40 Under 40” award, given by the International Association of Chiefs of Police. 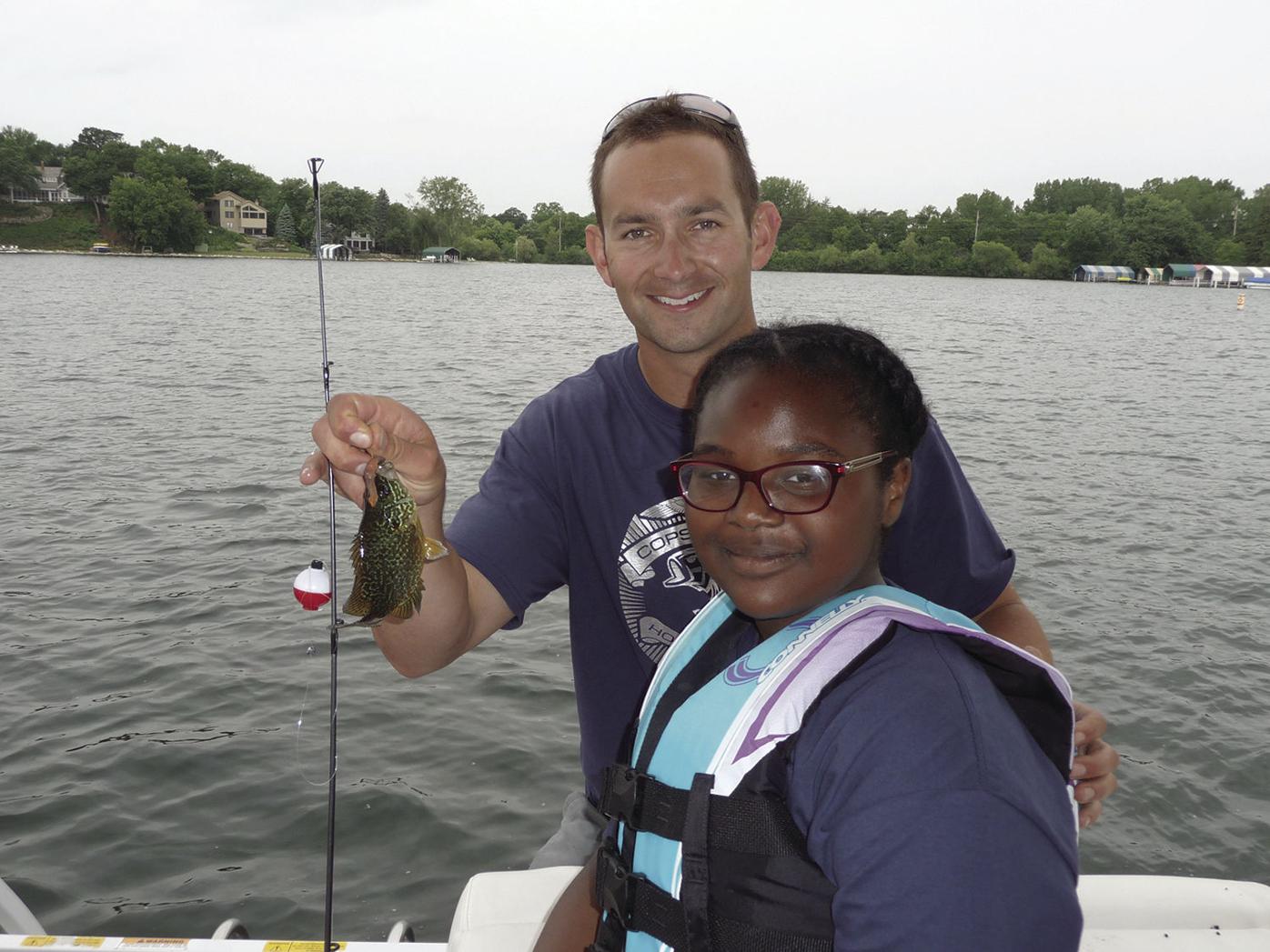 Hopkins Police Captain Erik Husevold is a recipient of the “40 Under 40” award, given by the International Association of Chiefs of Police.

Hopkins Police Captain Erik Husevold received the “40 Under 40” award from the International Association of Chiefs of Police during its annual conference in October. The award recognizes law enforcement professionals from around the world who are under the age of 40 and exemplify leadership and commitment to the profession.

Chief Brent Johnson made the announcement during the Dec. 4 council meeting, earning Husevold a standing ovation.

“[Husevold] strives day in and day out to embody the qualities of the IACP’s 40 under 40 award,” Johnson told the council and audience. “He’s an outstanding law enforcement professional and he brings credit to our city, our agency. Collectively, we all benefit from individual achievements and successes, but it’s truly a team effort which makes our organization so successful.”

Husevold, who joined the department 12 years ago as a patrol officer, said receiving the international award is a “huge honor.”

“Although this award is for one person, it is truly a reflection of our police department,” Husevold said, and recognized the staff and officers “who work tirelessly” to serve the community. “Quality police work is a team effort and the professionalism and dedication by the people at this police department is unmatched,” he said.

Husevold, a resident of Savage, earned the rank of captain in January 2017. He oversees the investigative unit and all the community outreach initiatives.

“We’re always trying to find ways to connect with the community in a nonenforcement way,” said Husevold, who helped create a summer youth leadership program.

Other outreach events include Coffee with Cops, community academies, tours of the police departments, and Cops and Kids, including a recent shopping event with local youth.

In addition to community outreach efforts, Husevold was recognized for bringing the procedural justice training to his department – the first in Minnesota.

This focuses on four pillars – fairness, voice, transparency and impartiality.

Husevold explained the training emphasizes promoting transparency, getting to know the people they serve, listening, and being courteous and respectful at all times. It’s about gaining cooperation rather than demanding it, he said.

“We already do that here, but it affirmed what we were doing and gave some considerations to follow for the future,” he said.

By receiving this award, Husevold follows in the footsteps of Johnson, who received the “40 Under 40” award last year.

Mayor Molly Cummings expressed her gratitude to Husevold and congratulated him on the award.

“You personify the very, very best in policing,” Cummings told Husevold during the meeting. “We are so incredibly fortunate to have you in Hopkins.”