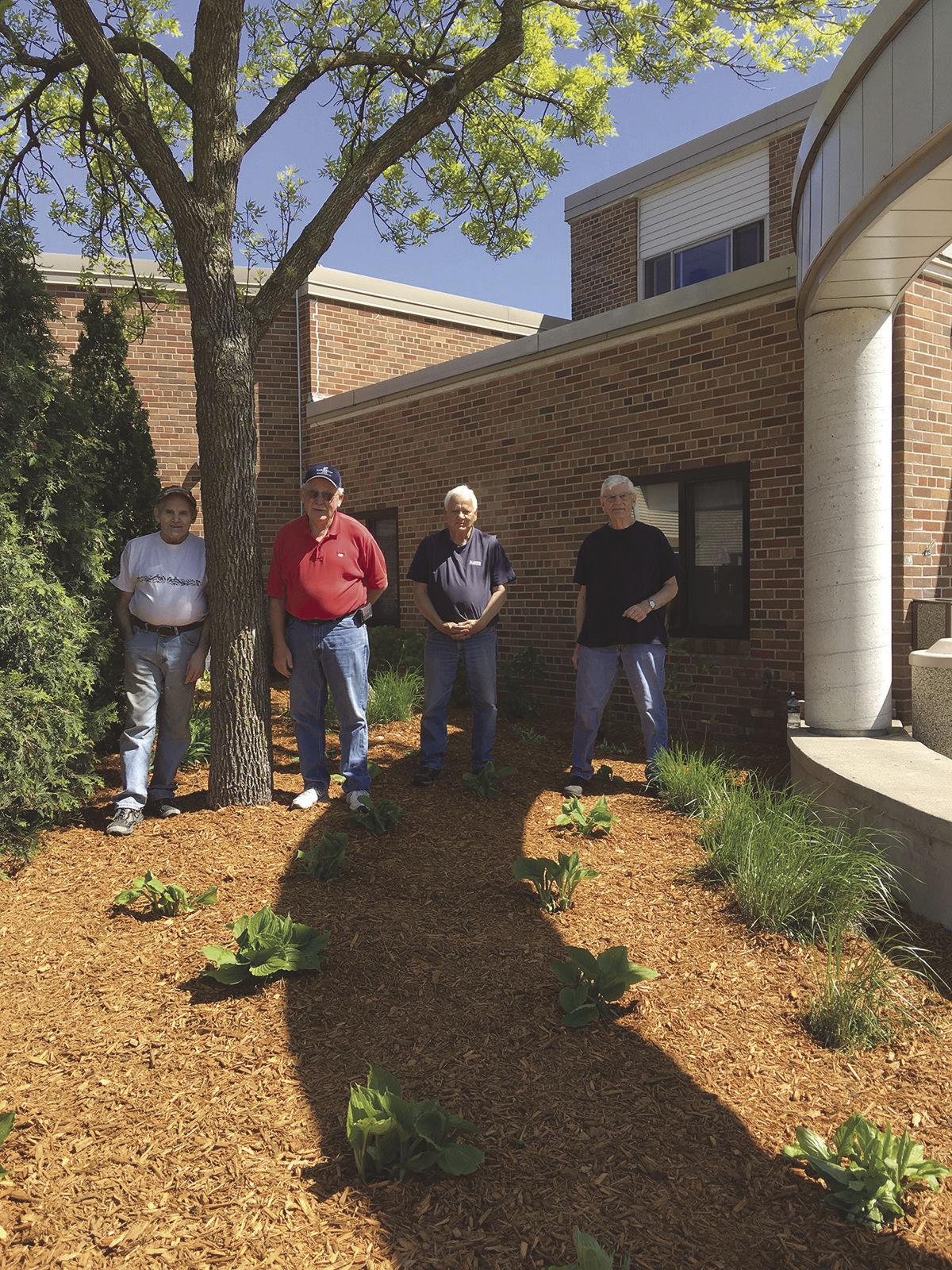 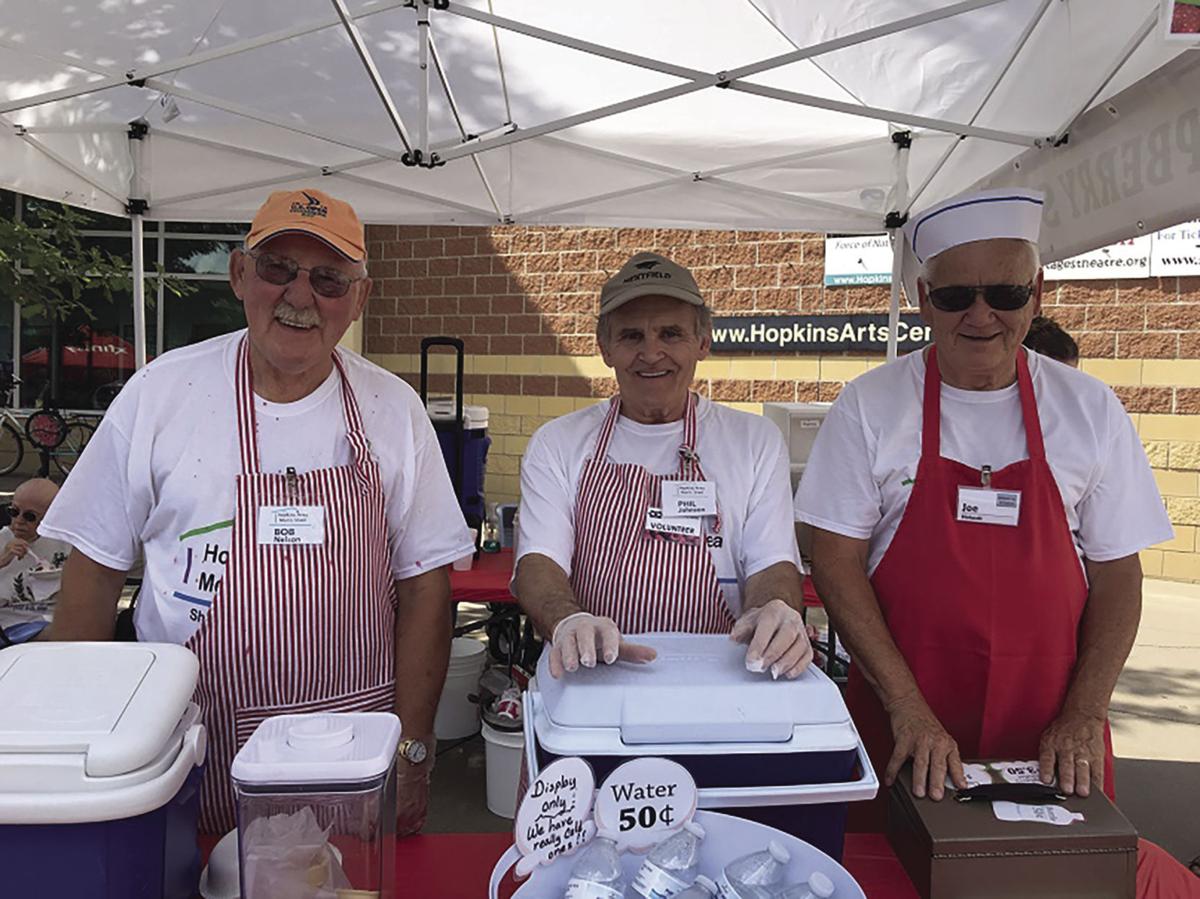 The Retired Men’s Shed Group manned at booth at this summer’s Raspberry Festival in Hopkins. Founder Phil Johnson is pictured in the middle. 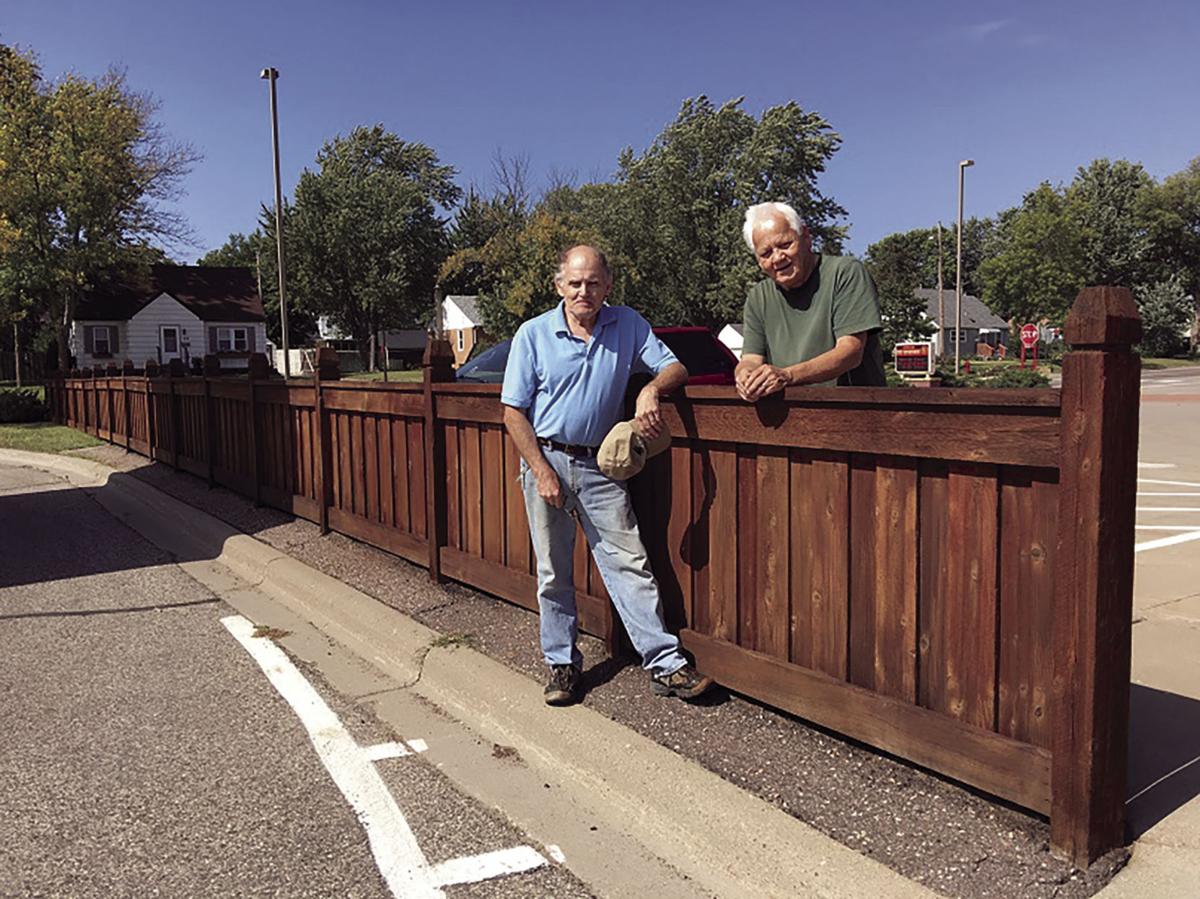 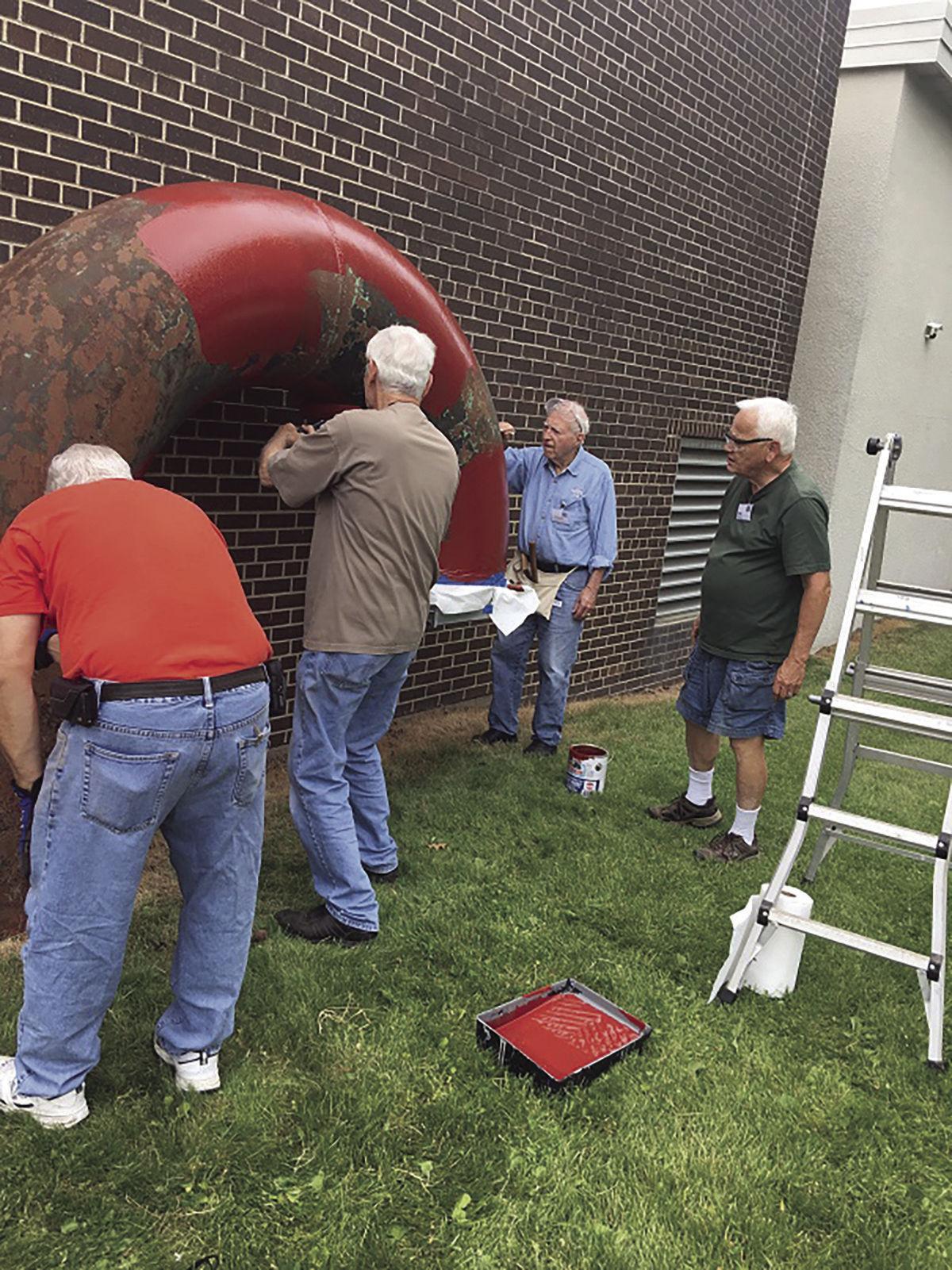 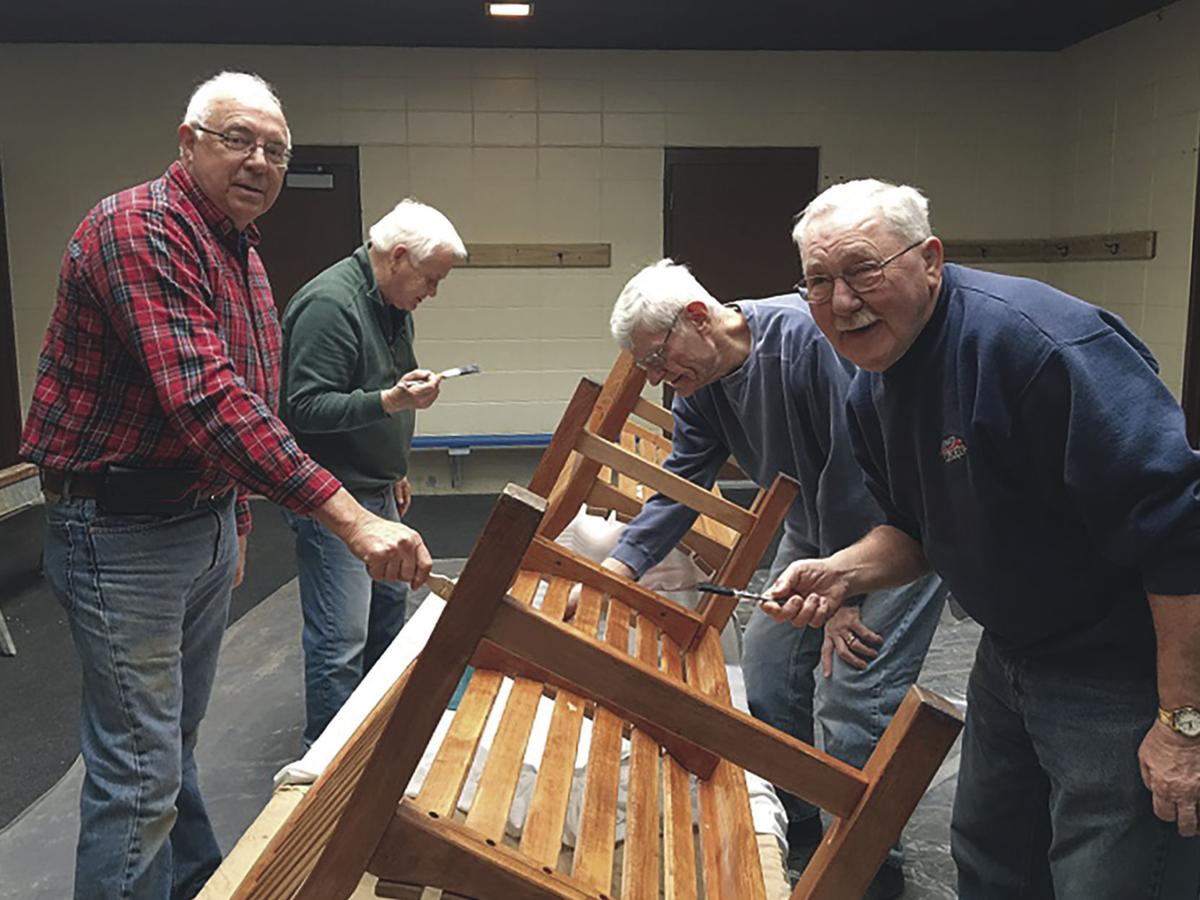 The Retired Men’s Shed Group manned at booth at this summer’s Raspberry Festival in Hopkins. Founder Phil Johnson is pictured in the middle.

Retired Men’s Shed, a group of about 25 men that meets once a week at the Hopkins Activity Center to spend time together and work on various community service projects, rang in its one-year anniversary Dec. 6.

Members, all within the 60 to 80 years age range, have gardened, assembled furniture, painted walls, set up for events at the center and much more in the group’s inaugural year. This fall, the group joined the City of Hopkins’ “Adopt a Park” program, in which they will clean up litter at Harley Hopkins and Oakes parks.

Hopkins Activity Center, which is owned by the city, allows the group the meeting space at no cost.

“They use us for handyman projects and gardening, so it’s a nice trade-off,” laughed Bob Nelson of Minneapolis, an active member.

Men’s shed originated in Australia, where there are now nearly 1,000 groups. The concept has since spread internationally. “Shed,” according to the Australian Men’s Shed Association, is “an updated version of the shed in the backyard that has long been a part of Australian culture”—perhaps the equivalent to a shop or garage for American men, members mused.

This group, started by Phil Johnson, is the first of its kind in the continental U.S.

Johnson said he became aware of men’s shed after he retired from a career as a software developer a few years ago. He happened upon men’s shed during an online search for ideas on what to do with his newfound free time, and it clicked.

He recalled his father, who was a widower that isolated himself, became lonely and struggled to have a happy life. “He would’ve been a perfect for shed,” said Johnson.

Now, Johnson advocates for more shed groups to come to the U.S. There are now seven sheds in the nation—two in Minnesota, two in Wisconsin, two in Michigan and one in Hawaii.

“In other words, it’s just getting going in Minnesota,” said Nelson.

Johnson says men’s shed is not just about community service; it’s about keeping oneself busy, useful and socially connected. He’s known men who haven’t had anyone to talk to and spend a lot of time at bars.

“It can be anything,” Johnson said in reference to the group’s activities. “The purpose is to have men talk to each other … and provide a welcoming presence for older men.”

The group members said that many retirees are not sure what to do with ample free time after having dedicated so many years to working and raising children. Many people in retirement, who may or may not have a spouse or personal friends, can lack social interaction and become lonely or depressed.

“All of a sudden, you’re not seeing people after you retire … People don’t really understand until they retire that you lose contact with people and you lose purpose in life. You retire and what’re you going to do with the rest of your life? It’s something you need to plan for,” said Nelson.

Glen Juntti, who retired one year ago from a career in information technology and finance, admits that he was a bit of a workaholic. Now, he and his wife are empty nesters.

“Running full speed is a good way to fill some of that void,” Juntti said.

Susan Newville, activity center coordinator, said the group has inspired the men to come visit more frequently, and when they do, they are more active, engaged and talkative.

The group intentionally avoids discussing politics and religion, but instead prefers to joke, share memories, plan future group activities and discuss topics, such as cars, health care, vacations and the effect of technology.

“Getting out of the house for a couple hours and doing stuff is what it amounts to,” said Nelson.

Johnson said he hopes to see more men get involved, either by joining the group or starting their own group. “There’s plenty of room in the Twin Cities for more sheds,” he said.

Retired Men’s Shed Group meets 1-3 p.m. Thursdays at Hopkins Activity Center, 33 14th Ave. N. Anyone, women included, is welcome, “if they can put up with us,” joked group member Bob Bache. It is free to join.