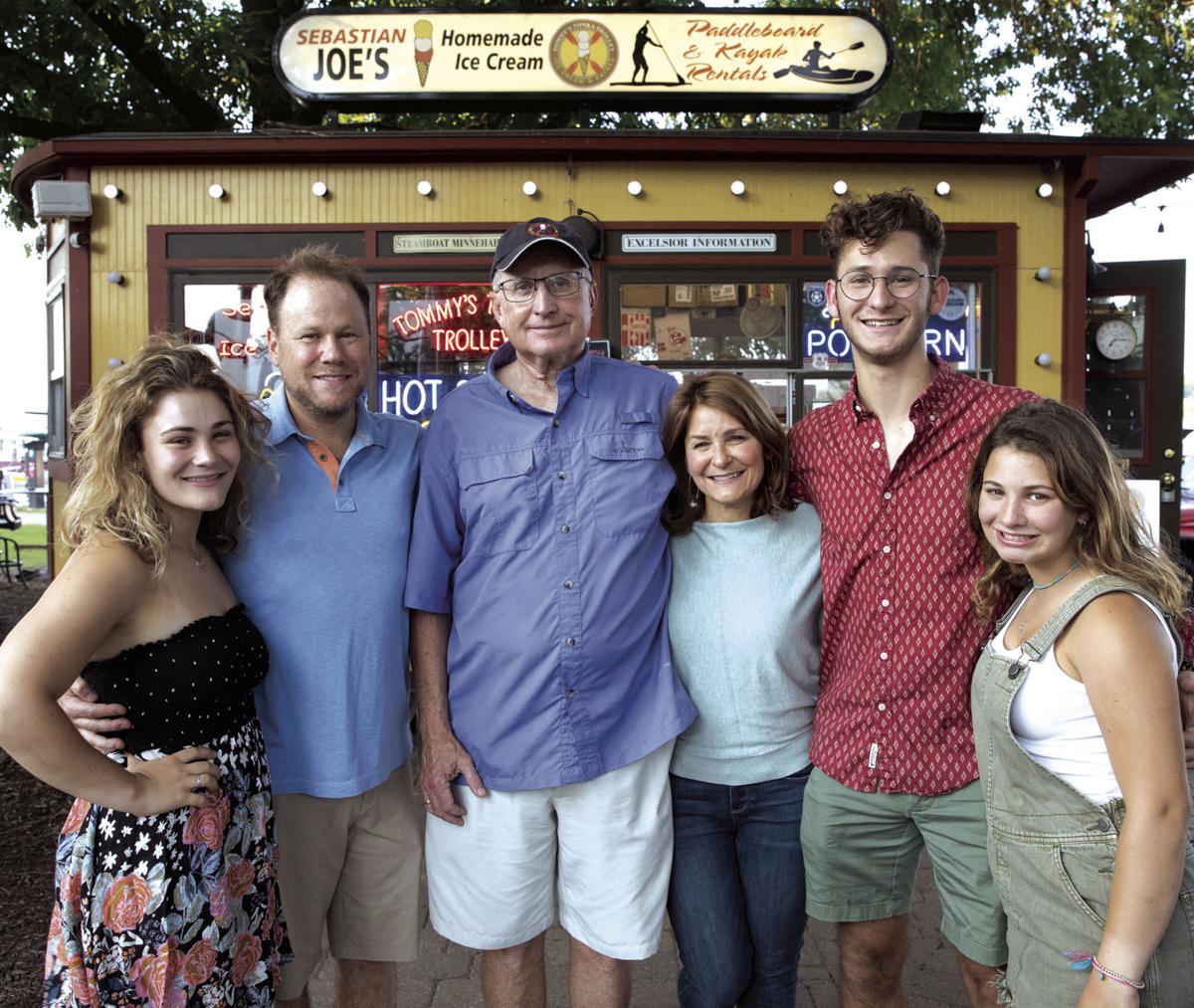 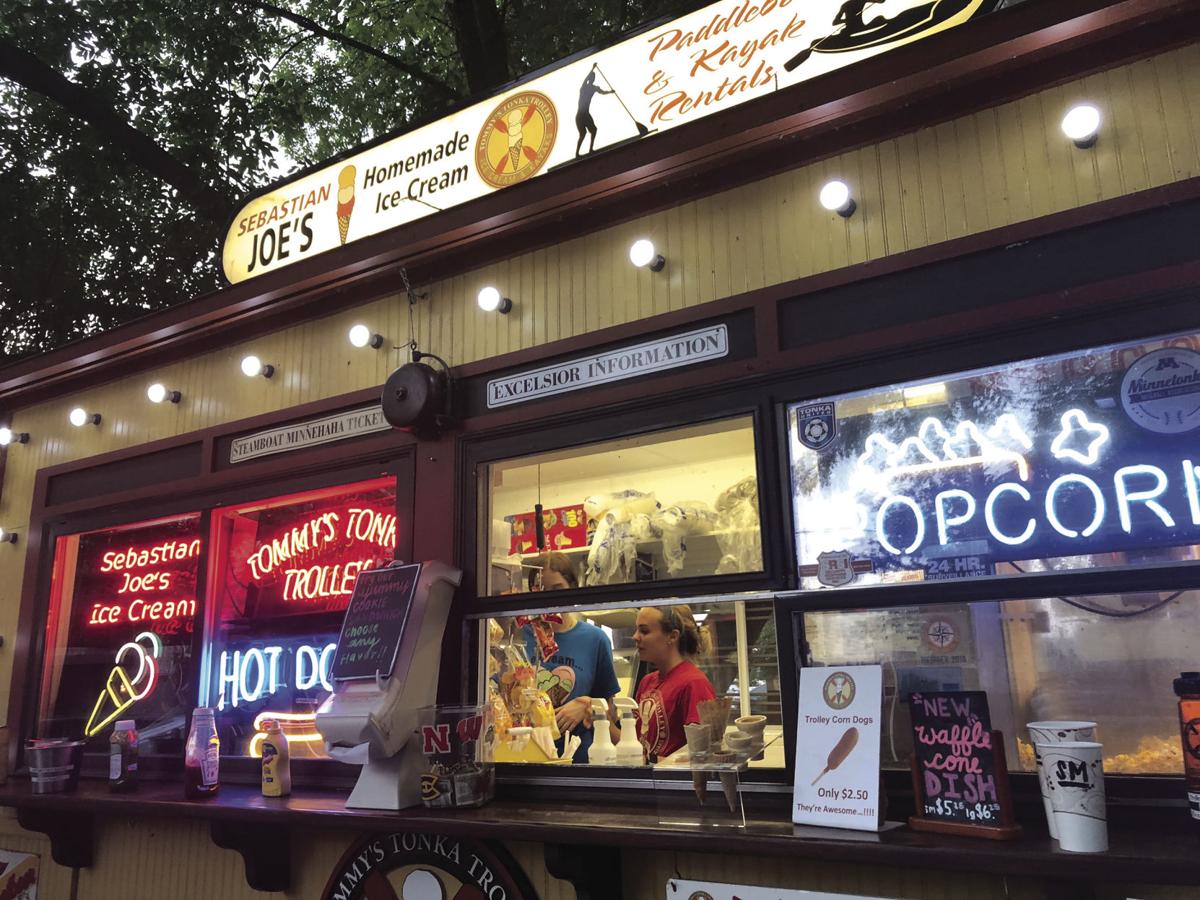 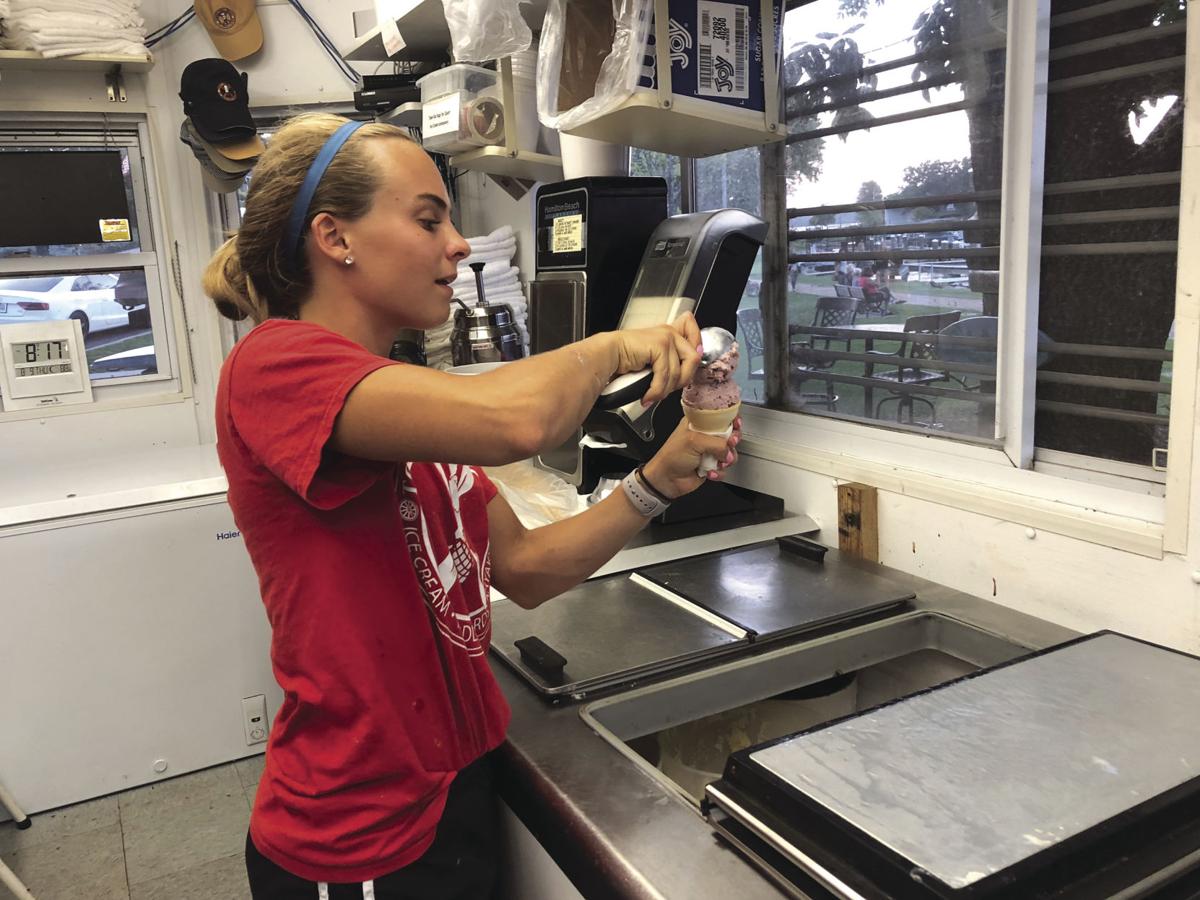 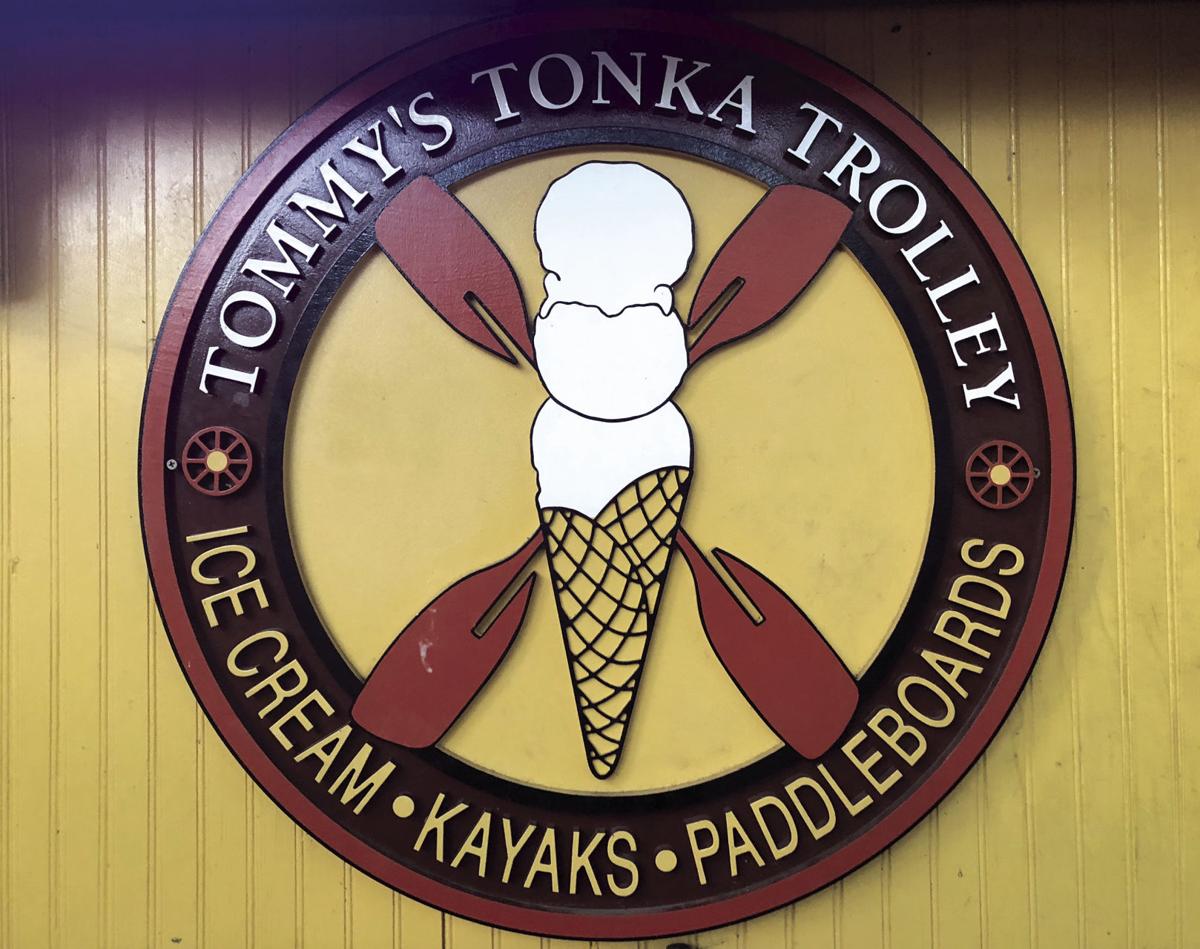 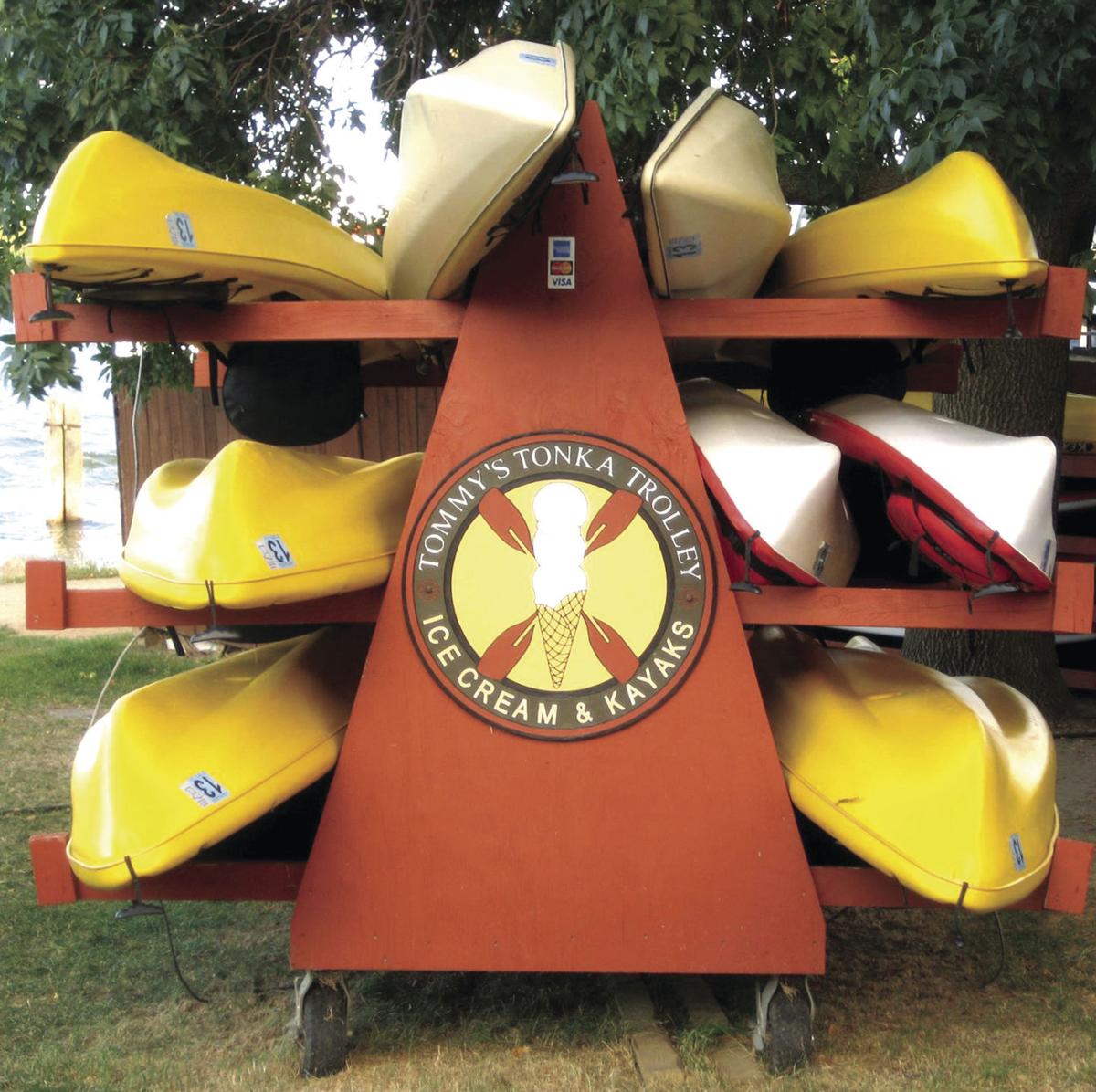 Tommy’s Tonka Trolley in Excelsior serves a variety of delicious treats in addition to providing kayak and paddleboard rentals. 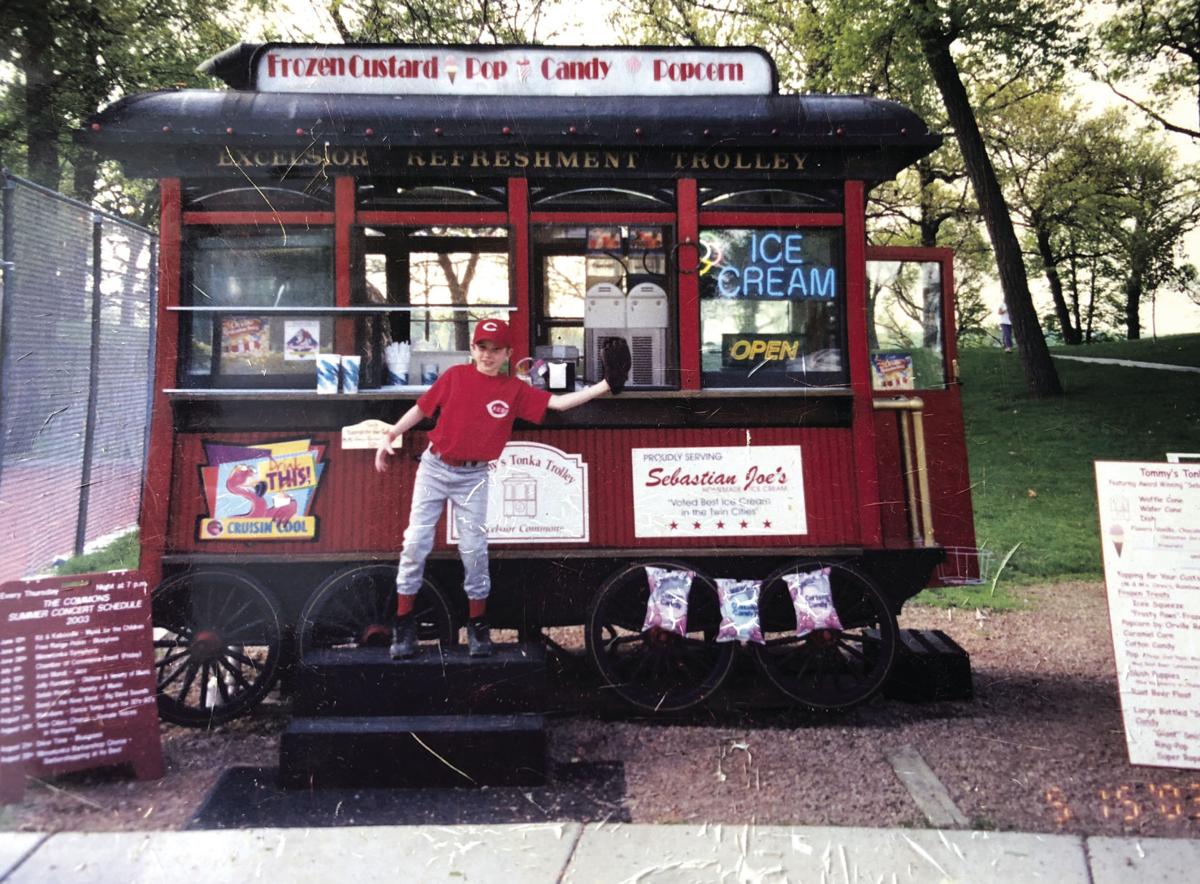 Tommy’s Tonka Trolley owner Tommy Drummond had another shop by the same name at Excelsior Beach in the Commons Park before moving to the Port of Excelsior in 2004. He said his first and favorite customer, at both locations, has been 26-year-old William Pigeon from Excelsior, who was 7 years old when the original shop opened.

Tommy’s Tonka Trolley in Excelsior serves a variety of delicious treats in addition to providing kayak and paddleboard rentals.

Tommy’s Tonka Trolley owner Tommy Drummond had another shop by the same name at Excelsior Beach in the Commons Park before moving to the Port of Excelsior in 2004. He said his first and favorite customer, at both locations, has been 26-year-old William Pigeon from Excelsior, who was 7 years old when the original shop opened.

Tommy’s Tonka Trolley owner Tommy Drummond will partner with a local family next season. Drummond has decided to semi-retire from the Excelsior business.

Drummond is partnering with Excelsior residents Dean and Becky Salita and their three children Jonah (21), Aubrey (18) and Celia (14). The partnership will start during the Trolley’s 2019 season.

“There were a lot of people who wanted in on the Trolley,” Drummond said. “There was a certain criteria that I required if the business were to live on and one of it was I wanted the new owners to live in the area because it’s a hands-on business.”

The trolley is located at 379 Lake St., in Excelsior. The business, which opened in 2004, sells snacks and treats including Sebastian Joe’s ice cream, hot dogs, corn dogs, nachos, caramel corn, popcorn and pretzels. In 2008, Drummond decided to add kayak and paddleboard rentals, which users take out into the Port of Excelsior.

Drummond, who was originally a partner with Adele’s Frozen Custard in Excelsior, decided to open another location in the late 1990s, which was called Adele’s Too and it was by Excelsior Beach in the Commons Park. He set up shop in an old trolley that was originally on the property of the Excelsior Park Tavern, which is now the site of Maynard’s Restaurant. A year later, he bought the shop and renamed it to Tommy’s Tonka Trolley.

After having difficulties turning a profit, he petitioned the city to move the shop’s location to the Port of Excelsior. After initially denying the request, the city council came back a few months later and reversed their decision. Drummond and a friend built the current Tommy’s Tonka Trolley in Victoria before moving it to Excelsior in 2004.

“We all love the history of the Trolley and with the history of the Commons, and concessions has always been an iconic part of the area,” said Dean Salita, who serves on Excelsior’s Heritage Preservation Commission. “Tommy himself is iconic and we’re proud to partner with him and to be apart of that.”

Aubrey Salita added, “It’s fun to be a part of one of the most iconic ice cream stores that everyone knows in Excelsior.”

Drummond said he will continue to help run the Trolley with the Salitas, but is looking to make more time for activities that he’d like to do. He recently moved from Deephaven into a condominium located next to the Trolley, to be more active in the city of Excelsior.

“I’m getting tired and I want to start to enjoy life and that’s when I started thinking about selling or getting a partner, like I did,” he said. “I didn’t want to give it up completely and I especially wanted to live out my contract, which is two more years. Thinking through it, I talked to Becky and Dean about becoming co-owners. I’ll be here to help the Salitas transition into the business ... and I will take over and help out when they need.”

“We were customers before we became co-owners,” Becky Salita said. “We came down, visited with Tommy and it just felt so good. We’re a very fun, colorful family who has been a part of this community and it was a natural step to take. We care about this town and we care about the Trolley.”

“This is definitely a family venture and Tommy’s going to be a part of that,” Jonah Salita said. “I think it is a really exciting move. It’s special to be a part of something we’ve already enjoyed as customers, so it’s all very valuable to us and we’re all very excited.”

Becky Salita is the owner of A-List Entertainment, an event-planning company in Minneapolis, and Dean Salita is a worker compensation and civil attorney with Schmidt and Salita Law Team in Hopkins and is the owner of Shiloh Gallery in Minnetonka.

Jonah Salita said that when the family lived in Minnetonka, they would bike regularly to Excelsior where they would always stop at the Trolley to get ice cream.

“We’re pretty lucky that now we get to have that experience every day,” he said. “We were coming for the ice cream as kids and now we get to give back to families who may be doing the same thing.”

Celia said that she is excited to work at the Trolley in the summer.

“I think it will be a lot of fun because I have four years of high school left and I’ll be able to work here and maybe my friends will work here. It will be fun,” she said. “I love ice cream. It’s my favorite desert and all around it’s a win.”

Drummond and the Salitas said that they want to reassure customers that there are no plans to change anything related to the Trolley.

“Nothing is going to change,” Dean Salita said. “Part of the reason this partnership was attractive to us is you have one of the most successful business entrepreneurs in city here, who in many ways is the face of the city, and we’re happy to be a part of that. We’re not fixing what’s not broken.”

The Trolley will continue to host fundraisers for Loaves and Fishes and the ICA Food Shelf in addition to sponsoring Tonka United and South Tonka Little League.

When I saw the headline, the first thought in my mind was "the Salitas would be perfect for this." Great minds think alike! A natural partnership. And now I know where my kid should get a job next summer!