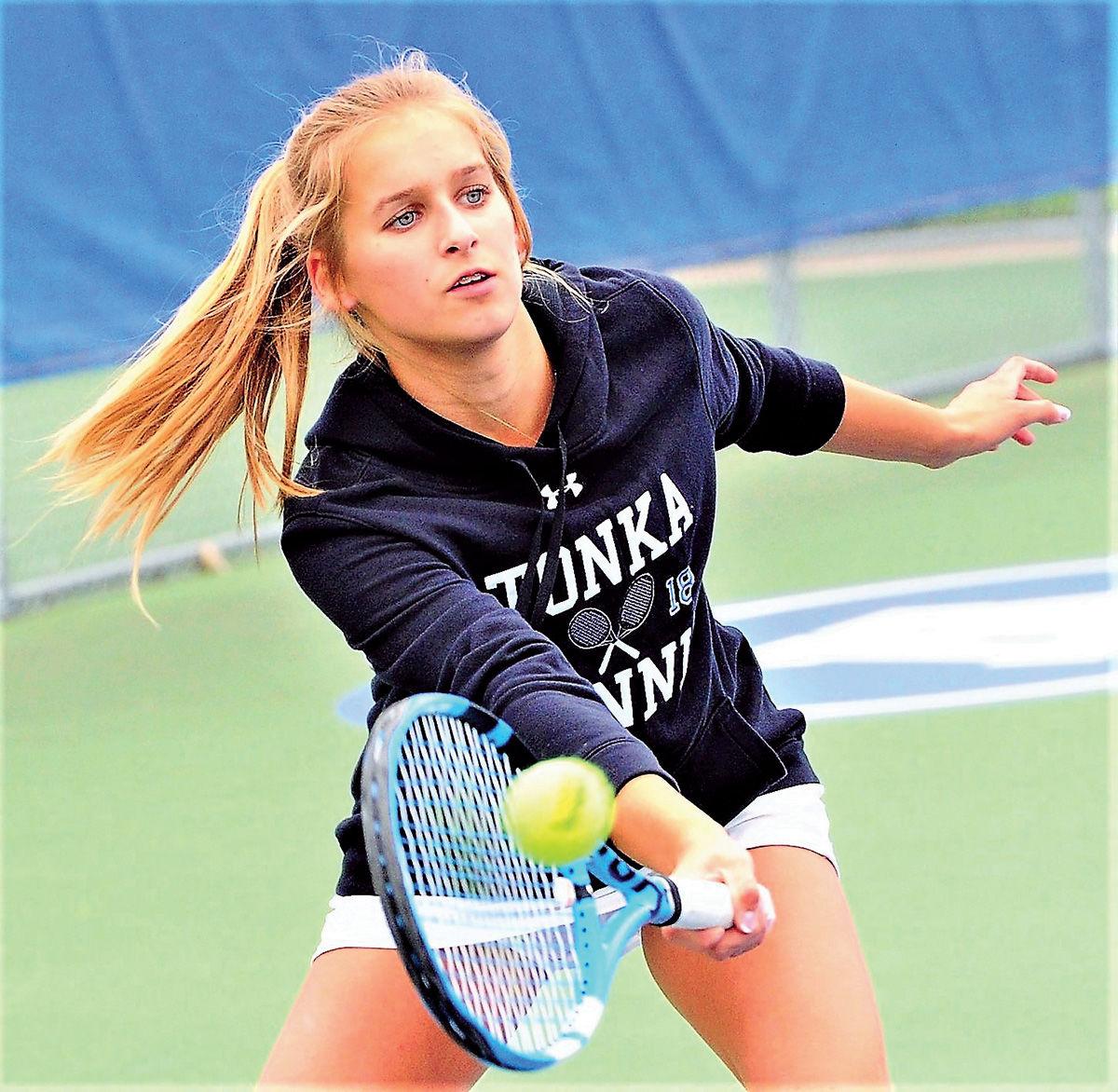 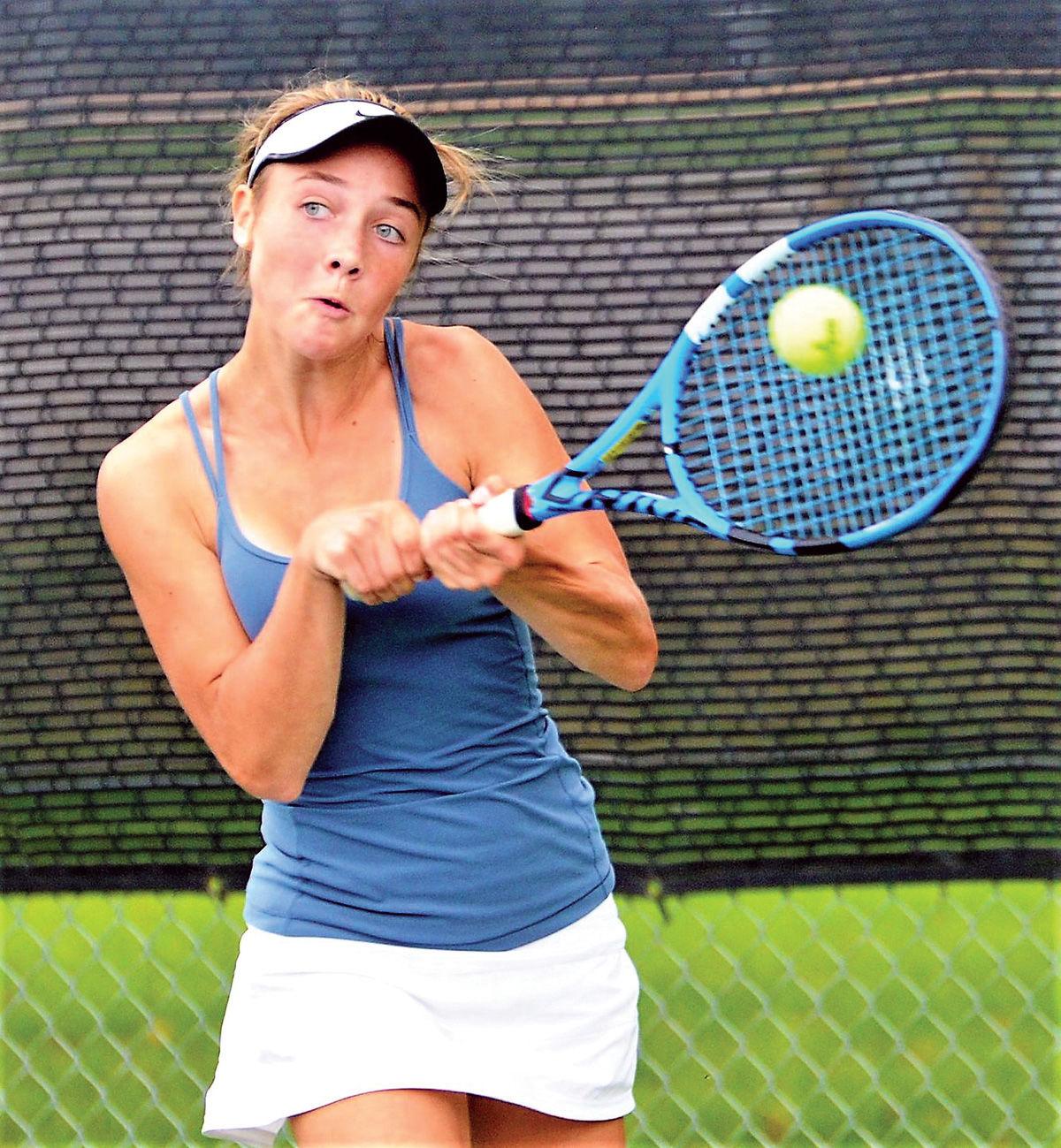 Minnetonka’s Emily Jurgens coils for a backhand volley during the Skippers’ dual-meet victory over Orono. 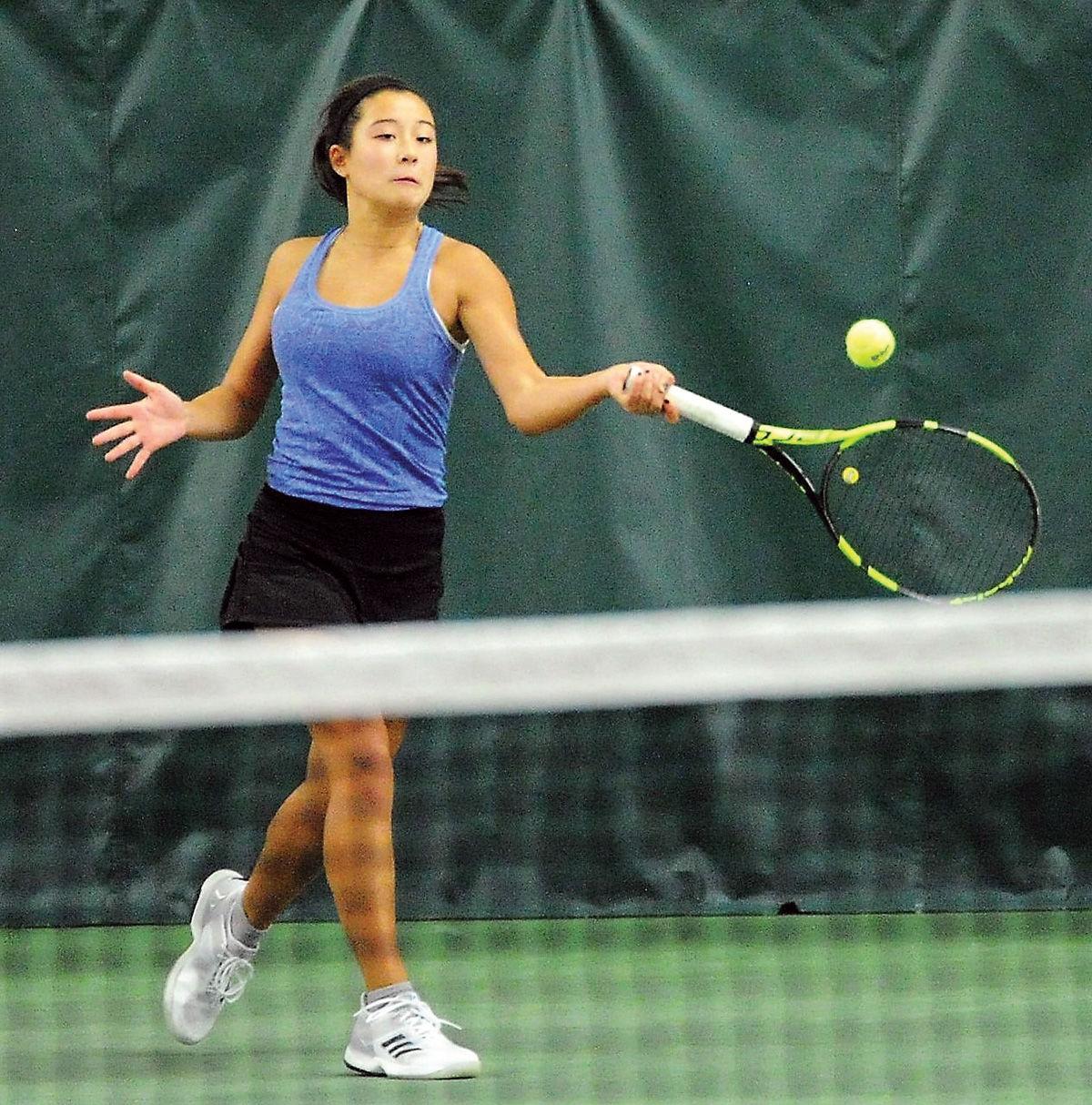 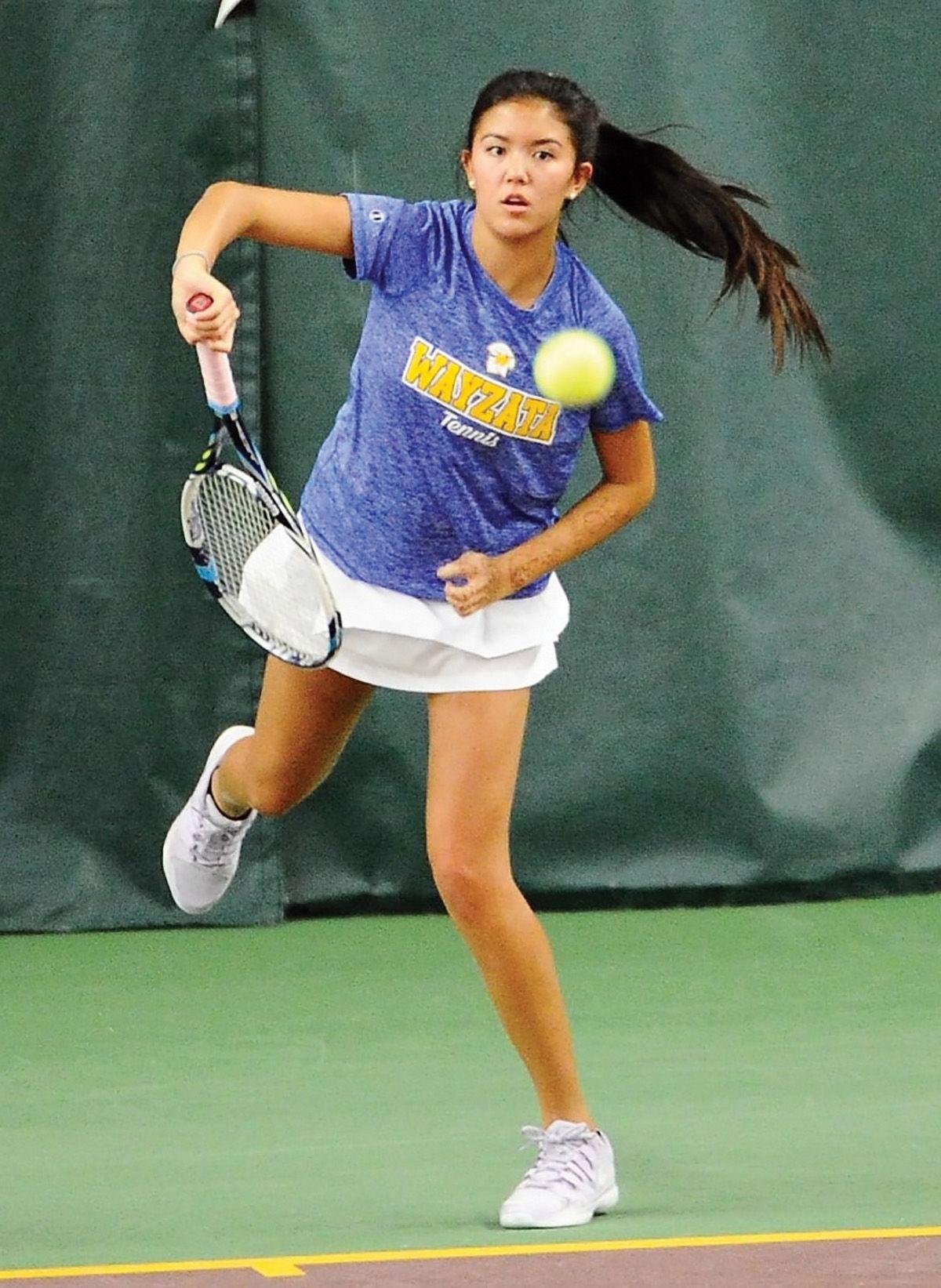 Minnetonka’s Emily Jurgens coils for a backhand volley during the Skippers’ dual-meet victory over Orono.

The All-Lake Conference tennis team for fall 2018 features some of the best players in the state, including the state Class AA singles and doubles champions.

Minnetonka’s Dave Stearns, the dean of Lake Conference girls tennis coaches, was impressed by the overall talent in the Lake in 2018.

“The talent is growing,” he said. “Nicole Copeland is a great player, who is always striving to improve her game. She came to the net more, and she always has had great focus on the court.”

When Stearns watched Suk and Kelly play doubles, he knew he was watching a special duo.

“I thought it was wise for them to play doubles [in the postseason],” Stearns said. “Both of them are really good athletes and smart tennis players.”

Of course, Stearns had good things to say about the three Minnetonka girls who made the All-Lake team - Emily Jurgens and the Elvestrom sisters, Annika and Karina.

“They are a joy to coach,” Stearns said. “As a seventh-grader, Karina played like a well-seasoned high school tennis player. There is no ceiling on what she can accomplish.”

Annika Elvestrom won the Section 2AA singles championship in 2018, which is the same title Jurgens won in 2017.

Edina won the State Class AA Tournament with a win over Minnetonka in the championship match at Baseline Tennis Center.