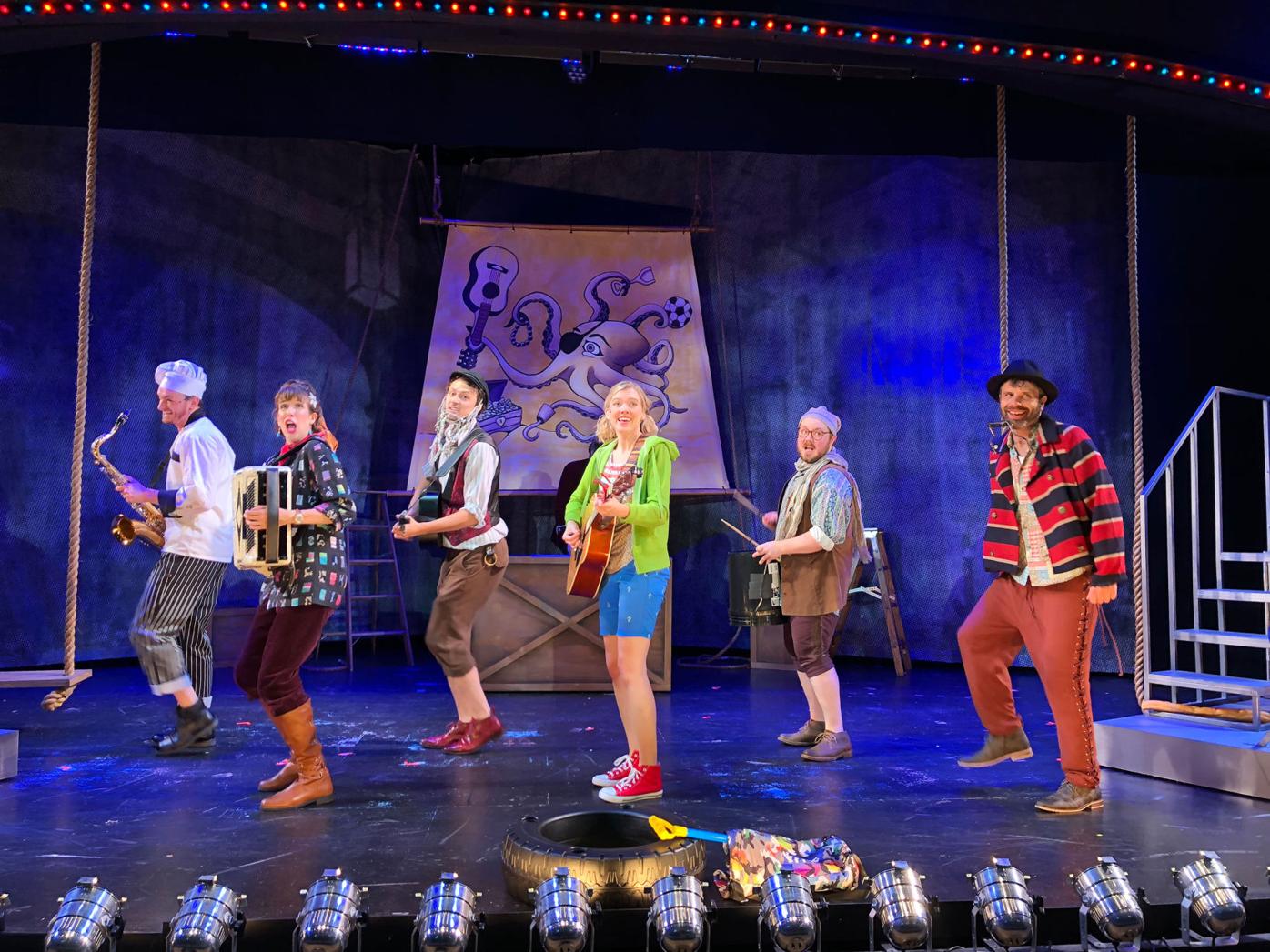 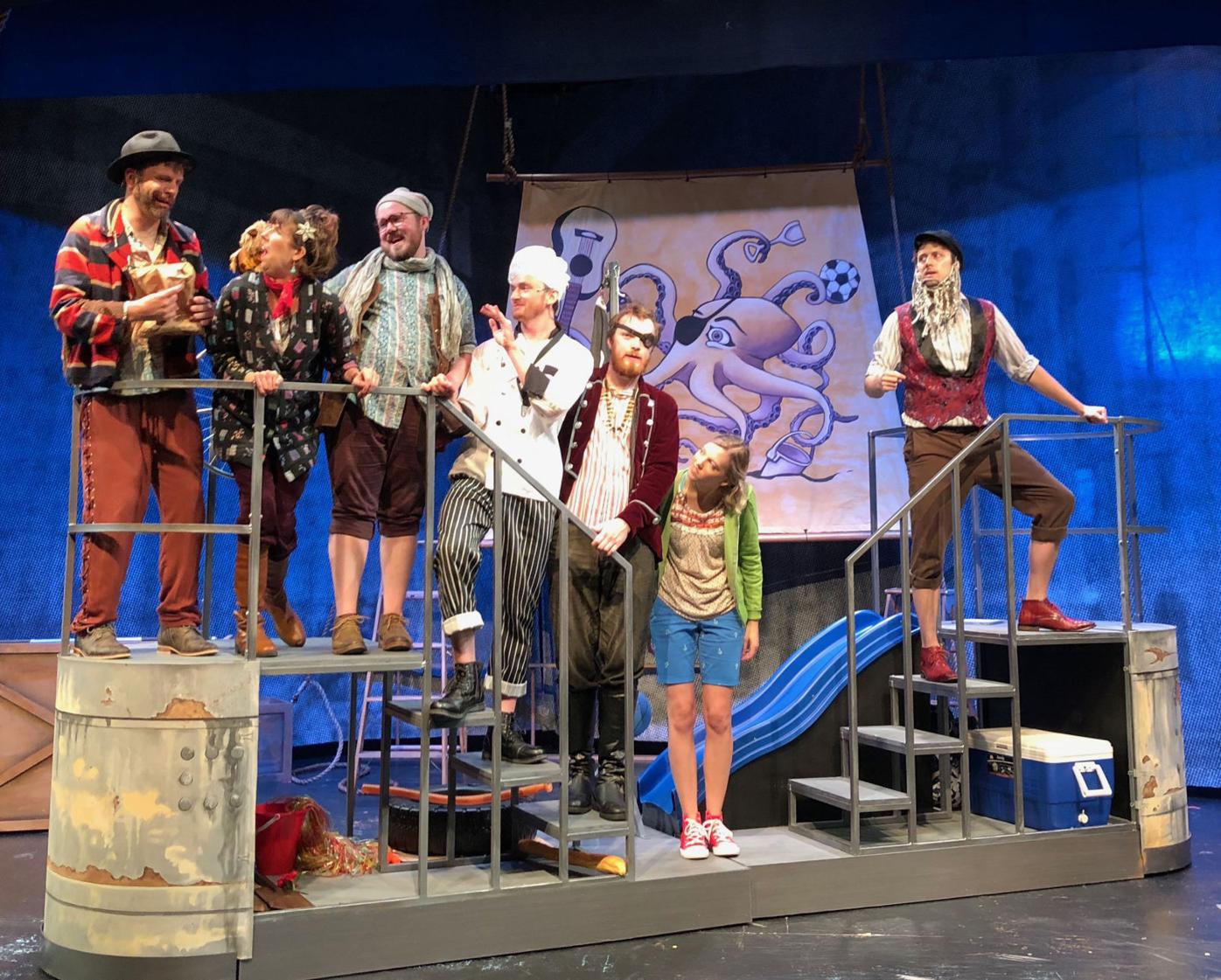 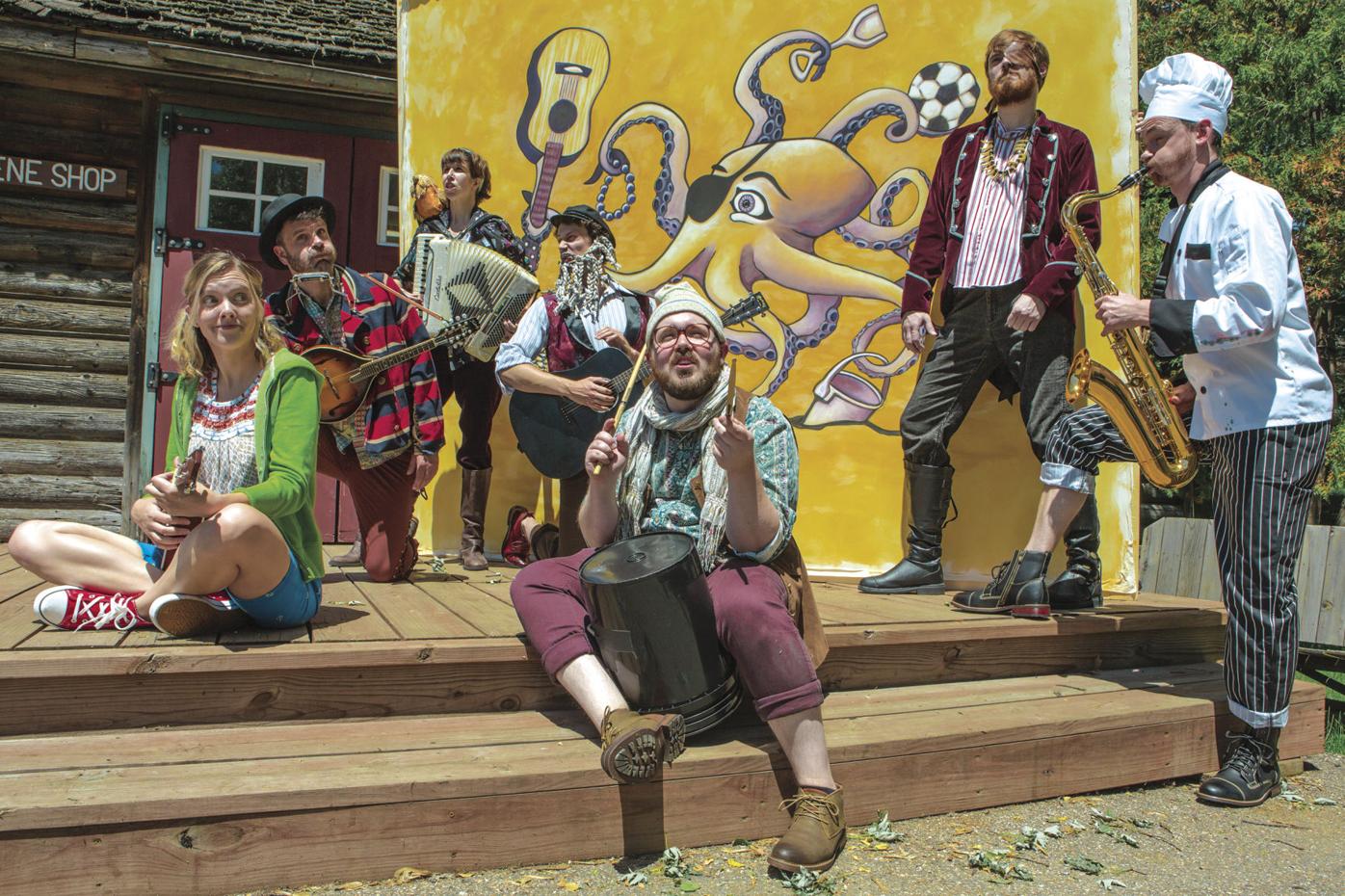 Ahoy! Come aboard and sail with the Old Log Theatre during the children’s musical production of “How I Became a Pirate.” The show is playing through 12:30 p.m., Friday, Aug. 10, at the theater, 5185 Meadville St., Greenwood.

Based on the popular children’s book by Melina Long and illustrated by David Shannon, the musical follows a young girl Jessica Jacob (Molly Conrad), who was originally Jeremy Jacob in the book and musical. She’s feeling neglected by her parents after her baby sister is born and is looking for an adventure.

Suddenly, Jessica is plucked from obscurity, while innocently constructing a sand castle at the beach, and is thrust into a brand-new life as a pirate. She’s enlisted into Captain Braid Beard’s (Paul Rutledge) crew, which is in need of an expert digger who can find the perfect spot to bury their treasure.

She begins to miss her parents after living with the pirates for some time. Eventually, Jessica finds her way home while finding the perfect spot to bury the treasure.

Morris said he chose the children’s musical after seeing it live on stage. “The musical takes the book one step further and it continues to fuel children’s imagination,” he said.

The cast uses common objects as props and imagines the items as something else. A ladder is used as a canoe and as a ship’s brig and bananas are used as periscopes. “These common things become a part of our pirate life by using our imagination,” said Morris said.

“Everything is so imaginative and silly in this production,” added Swanson. “Children can make this possible in their own backyard with objects around the house. Getting kids into imagination and make believe is a really cool thing!”

Morris said he hopes that this production will inspire children to use their imagination more in their daily lives.

“This is a great story to empower you to be really creative and to just go outside and play,” he said. “You don’t have to stay inside and play pirate video games. Instead kids can run around and be a pirate! Kids can be anything with their imagination.”

“This musical is the straight-up definition of play and it fuels imagination,” Rutledge added. “It encourages kids to find anything around them and imagine it’s something else or you’re someone else.”

The cast is also responsible for the music, singing and sound effects in the production.

All the instruments are on set and passed around the cast as they perform each musical number.

“It’s awesome but a challenge to choreograph people while they are playing instruments,” said Jansen, the choreographer. “We wanted to be able to have freedom with the music but also have the kids see the instruments live on stage to inspire them to create their own music and art. It also lends itself well to creative storytelling.”

The actors make all of the sound effects, including a hurricane. Morris said he made the decision to put all of the music, sound effects and acting on the stage to make it have a more realistic feel of the act of make believing. He chose to do this after being inspired by Conrad, who plays Jessica and is a local singer-songwriter. This is her first theater production.

“It’s been really fun to incorporate both music and theater, which are two huge passions of mine, and it’s great to see it play out together,” Conrad said.

Morris said that the musical is the perfect summer family-friendly musical that is a hilariously good time, and it also fuels the imagination.

“This production shows that anything can be possible in your imagination and in real life,” Conrad added. “It’s inspiring to let kids know that they can do anything and they can create or imagine any world they want to.”

What: “How I Became a Pirate”