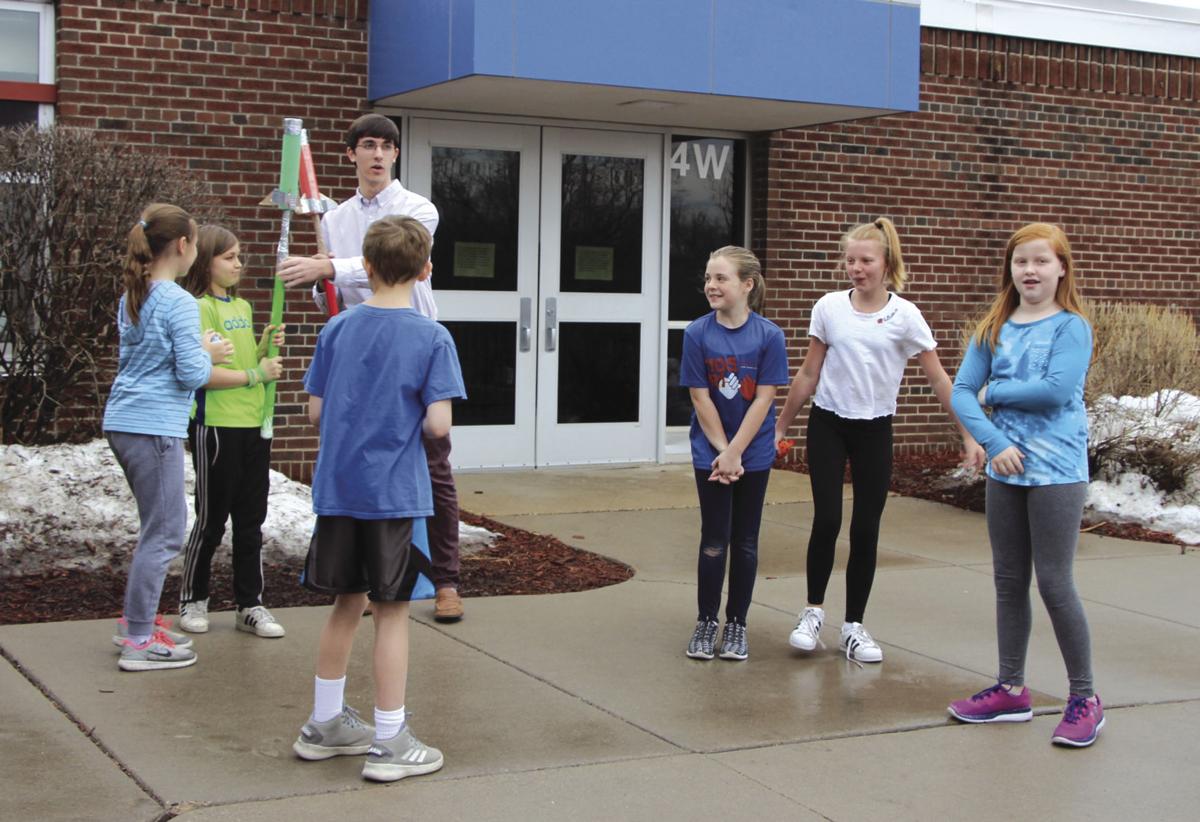 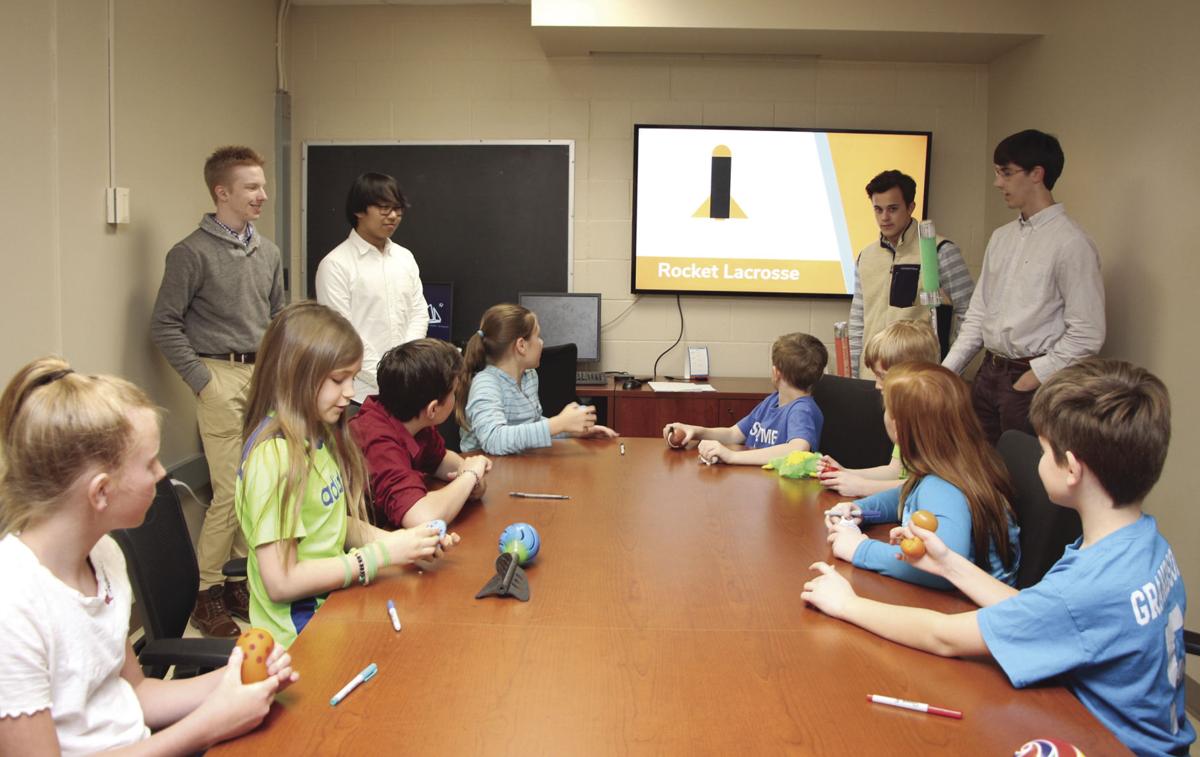 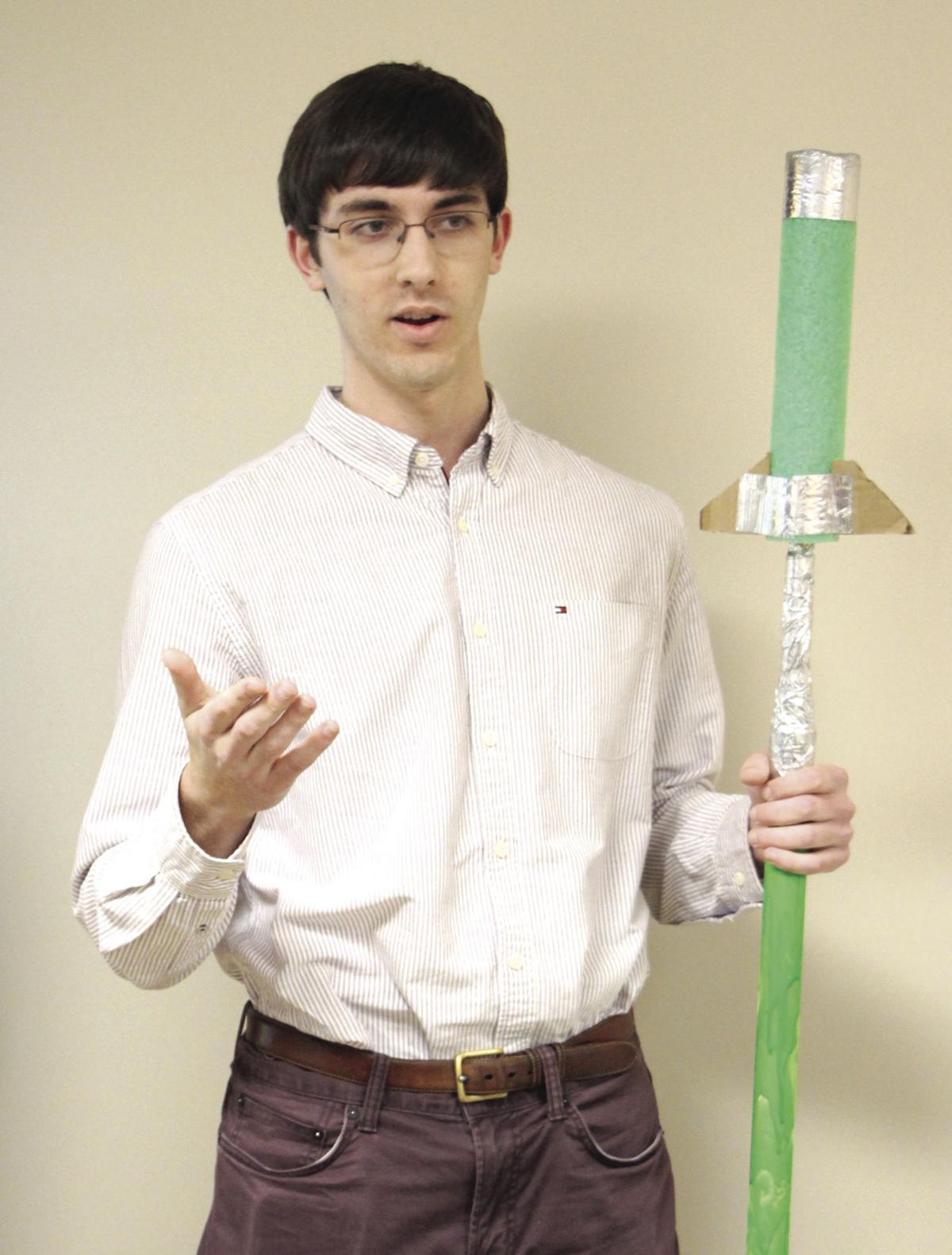 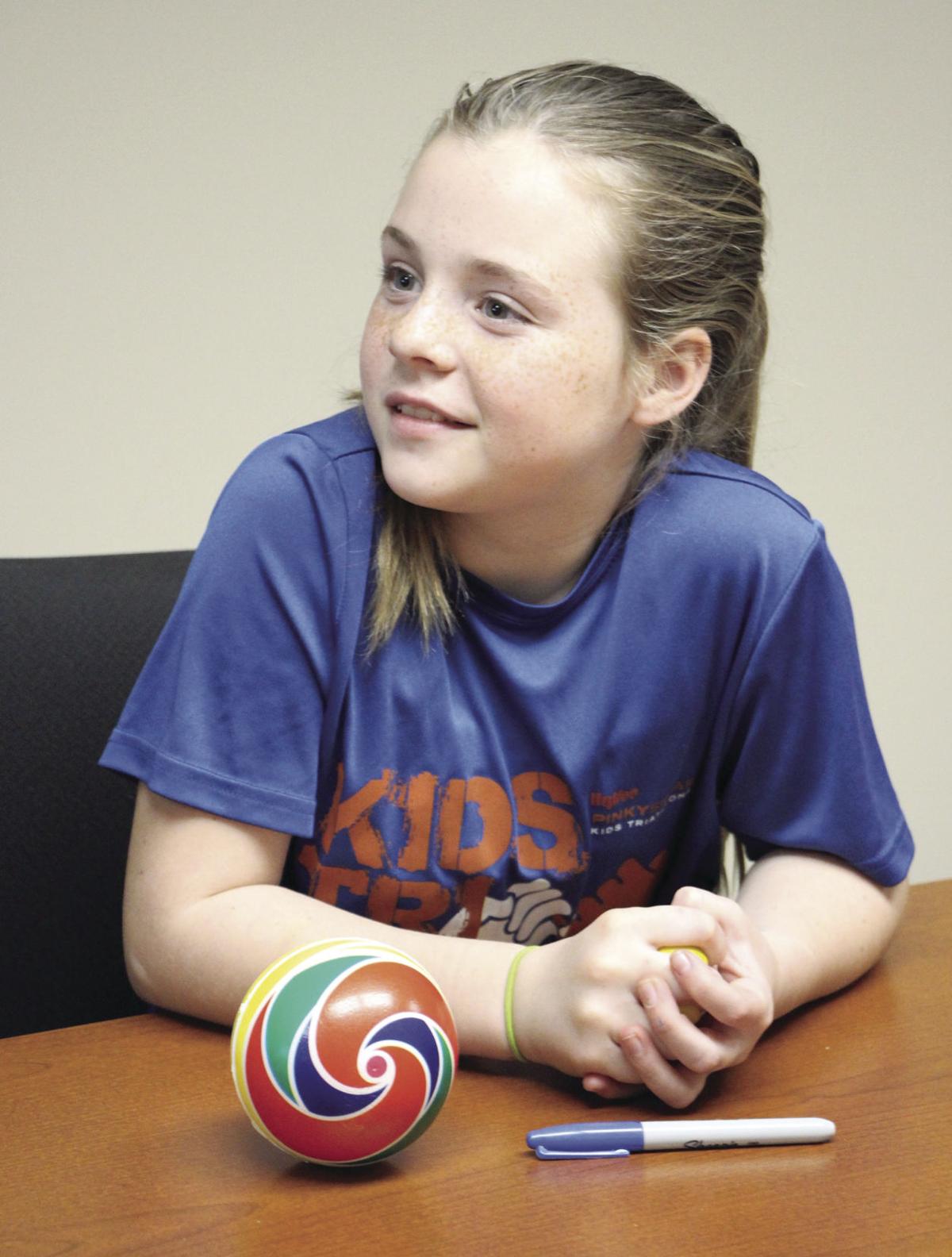 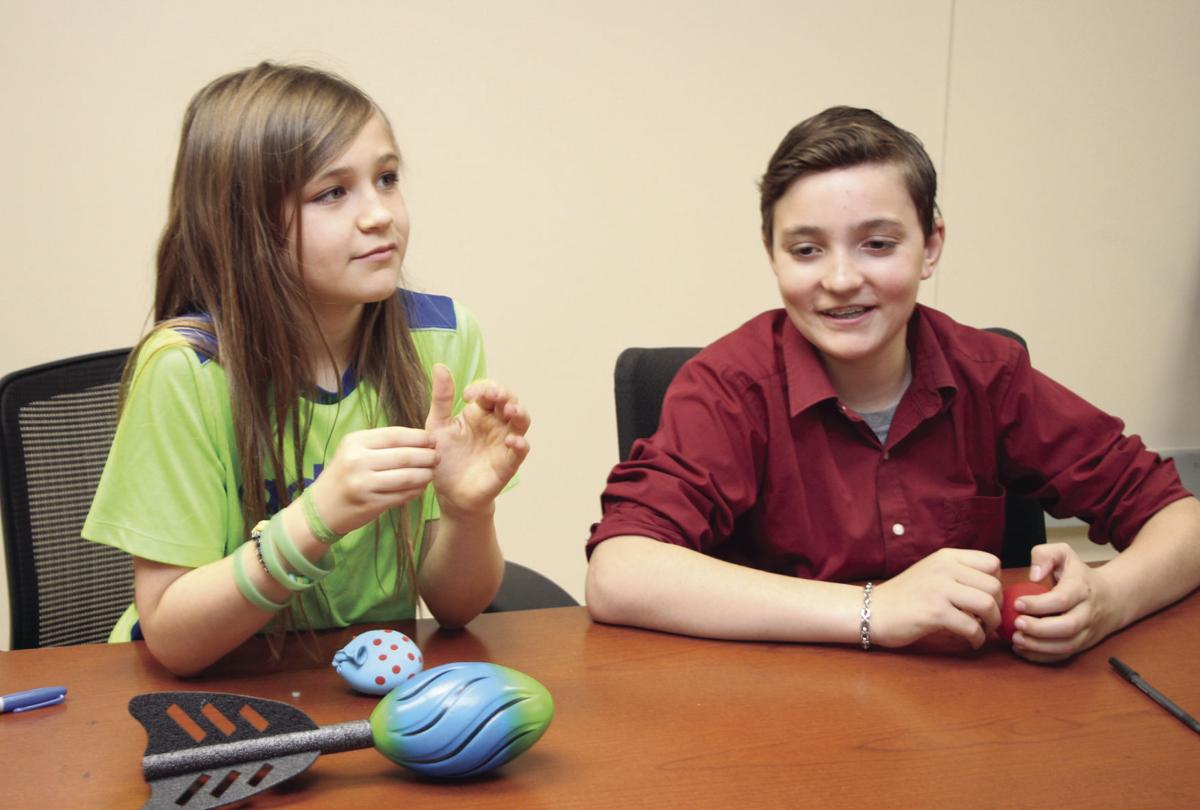 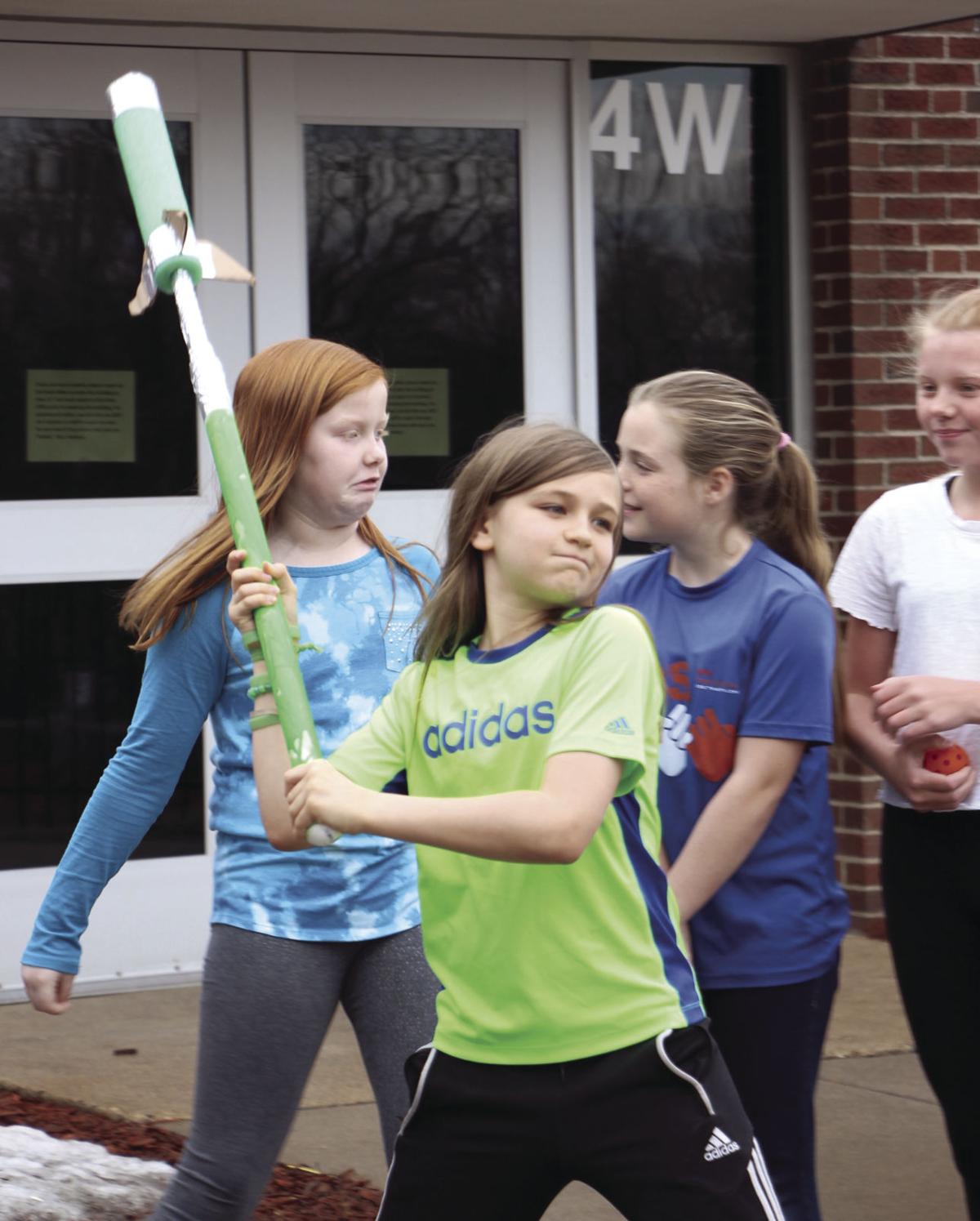 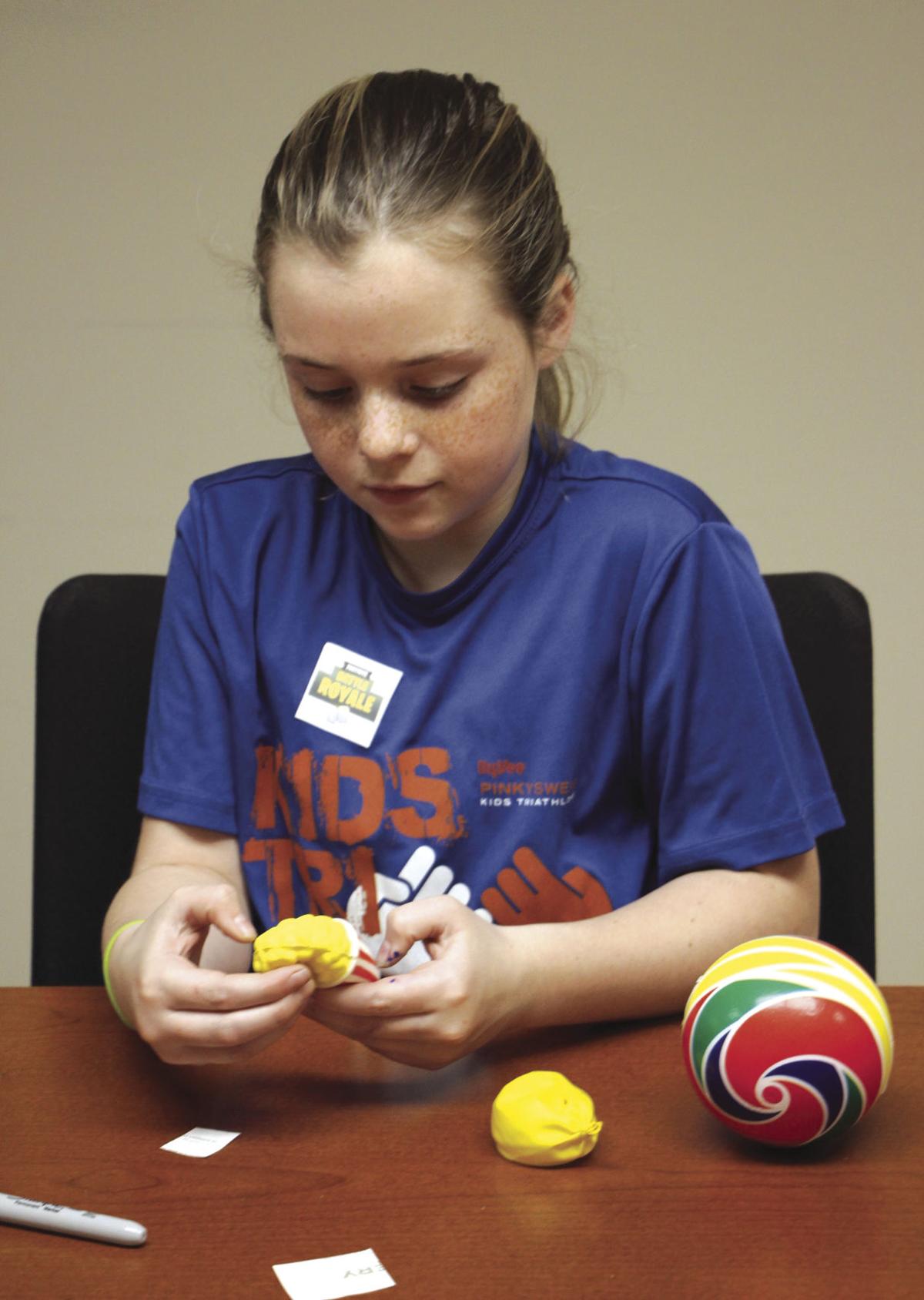 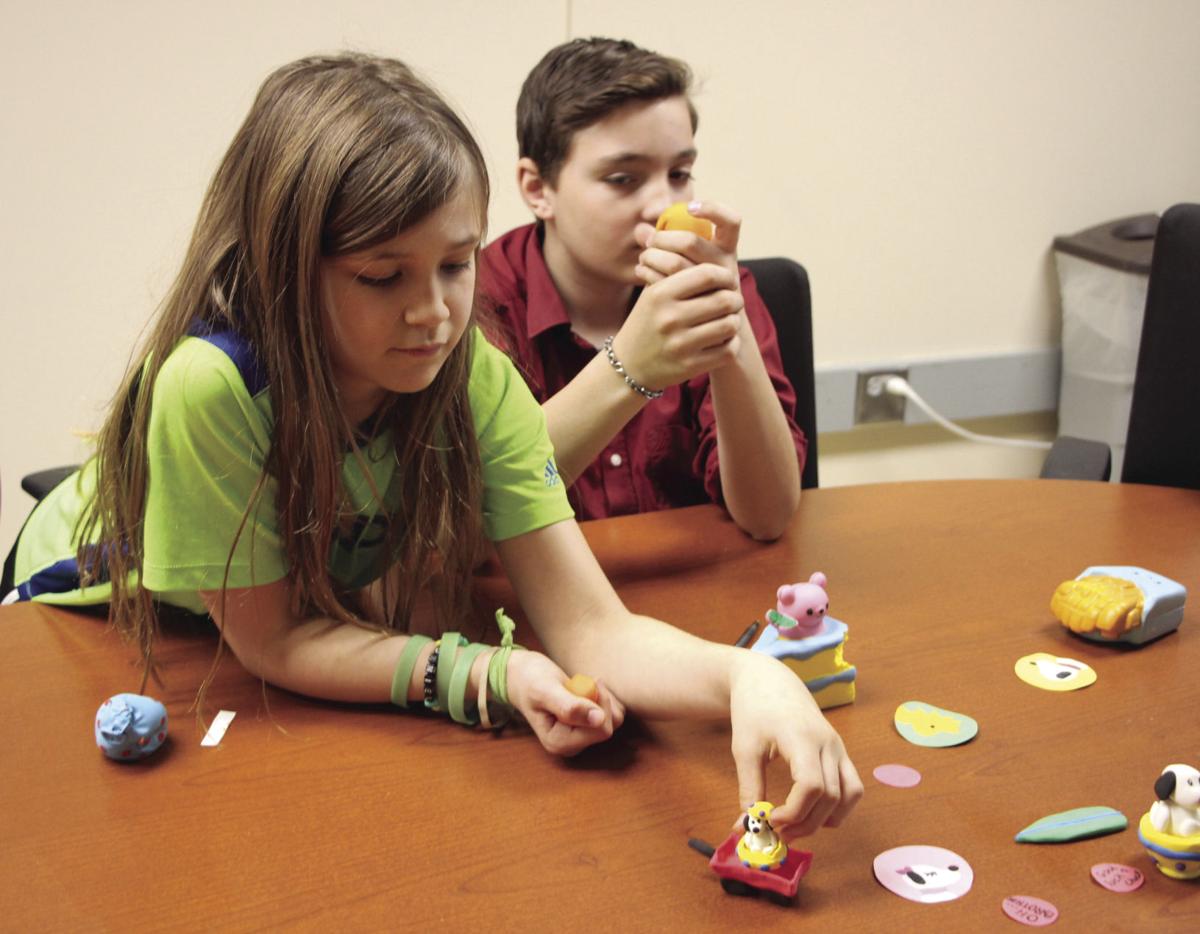 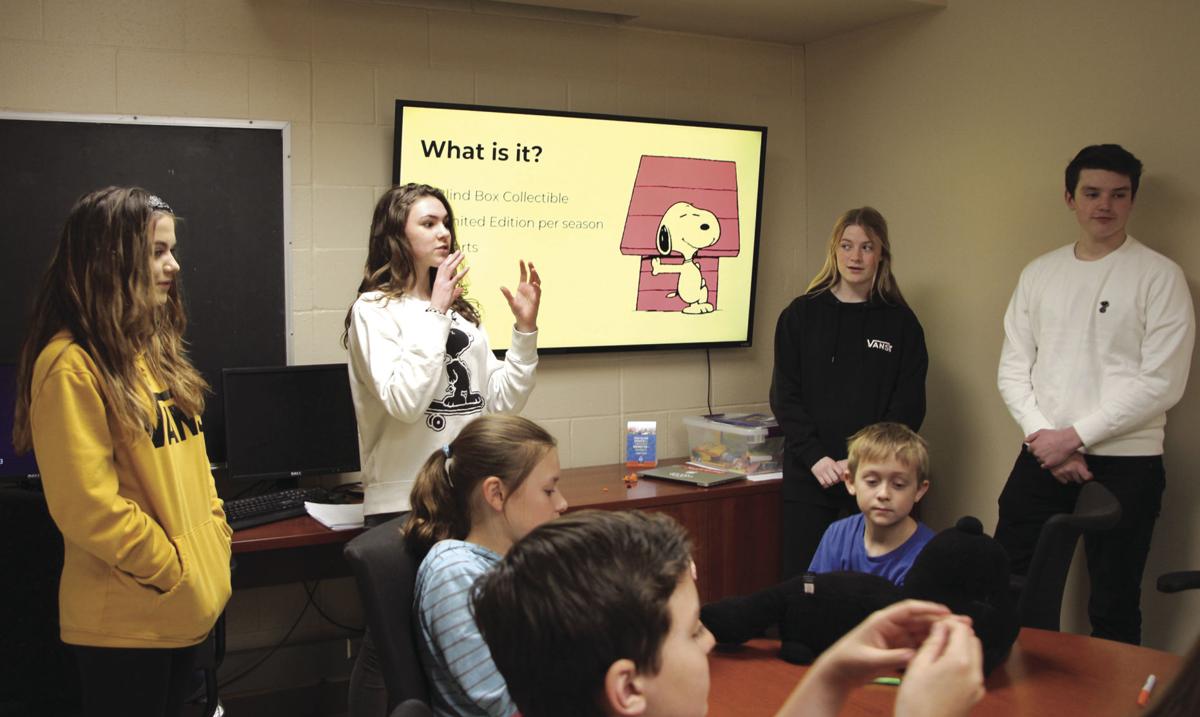 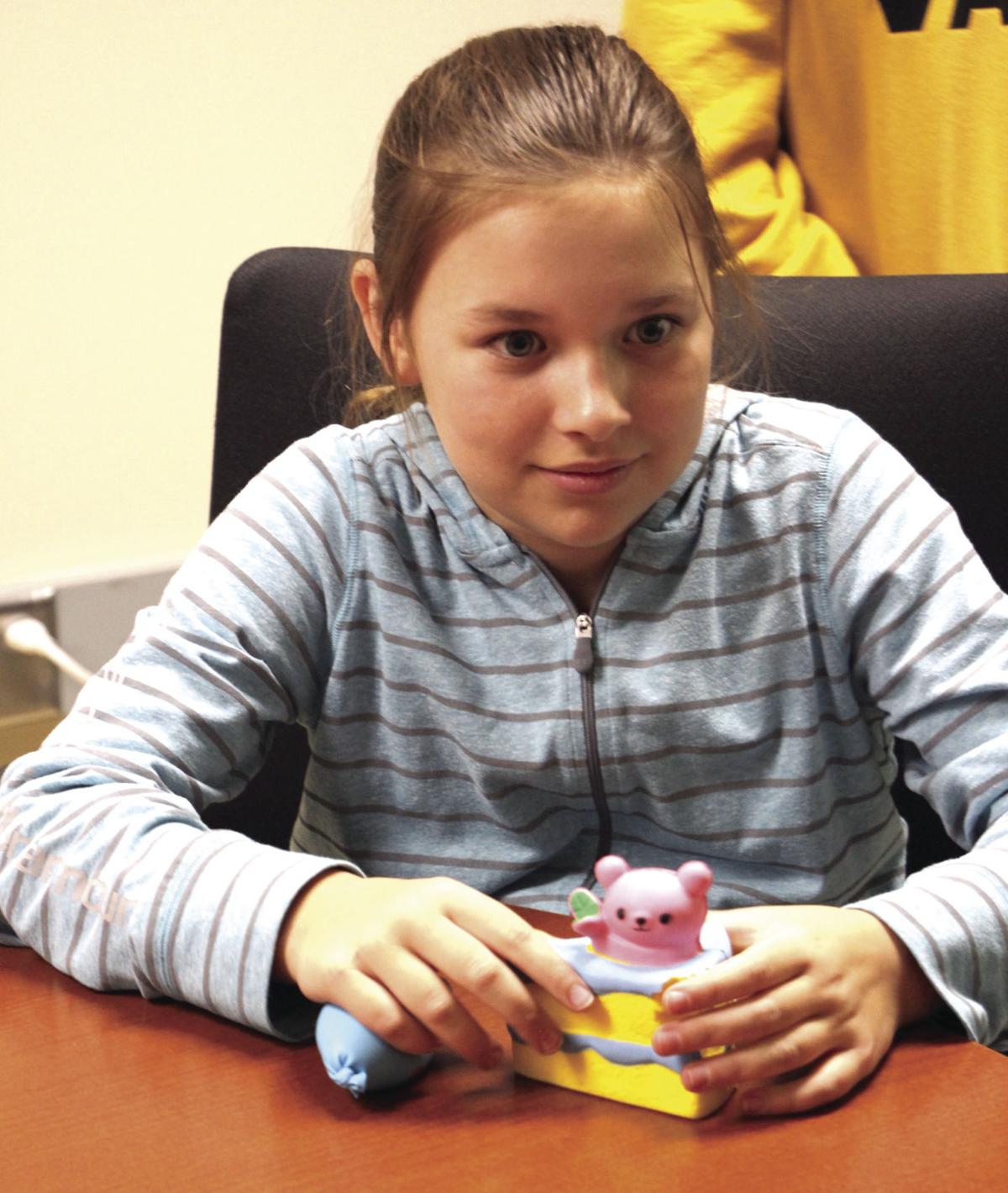 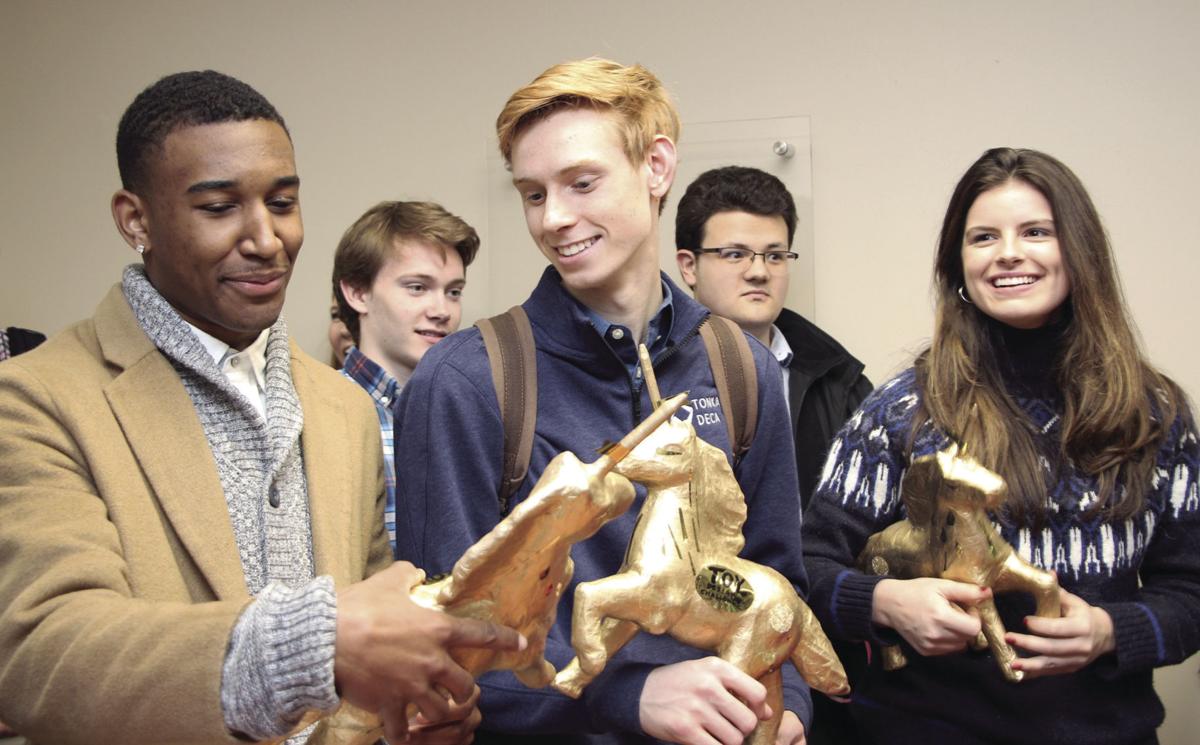 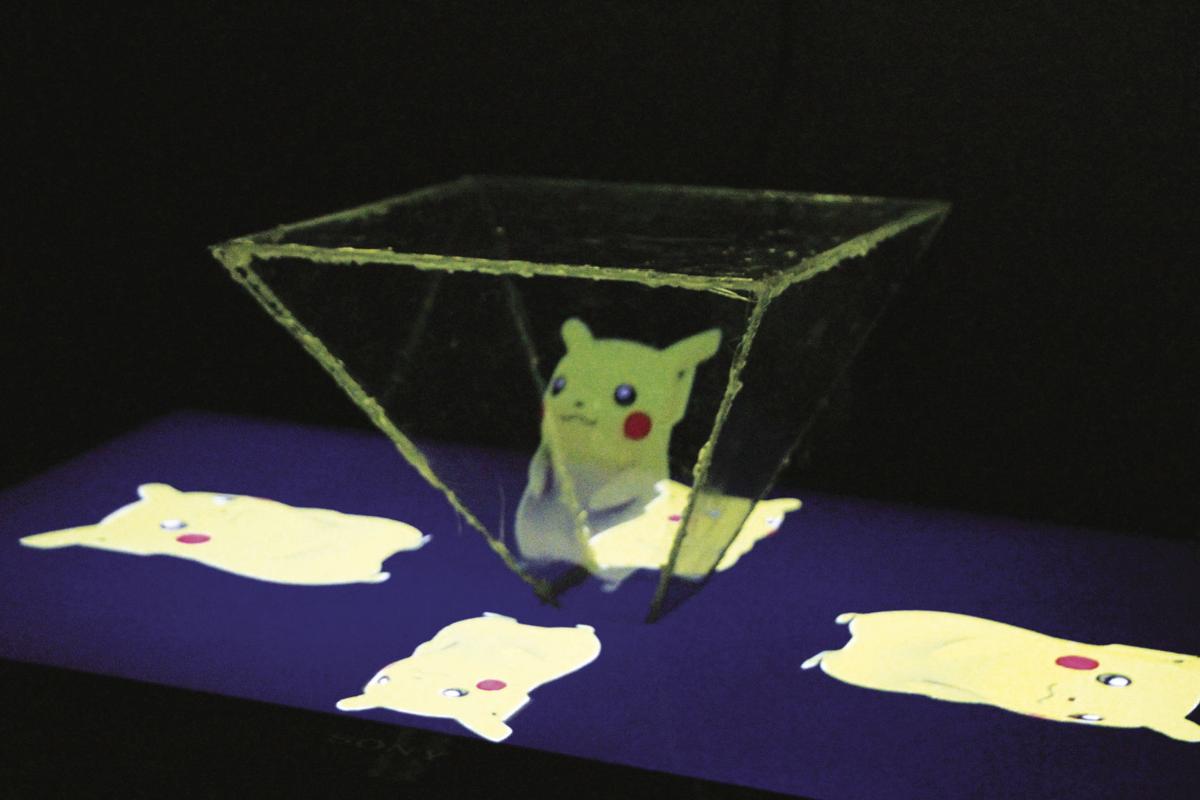 On April 13, Minnetonka High School VANTAGE students in the design and marketing program presented their final toy designs to a focus group of students from Minnewashta Elementary in Shorewood.

For the toy design projects, students were required to create a logo, tagline, concept, marketing plan and a prototype for their toy.

“Design and marketing is a class that combines both the business aspect of marketing and then design and all the things that go into it,” said teacher Sally Adams. “This was really an assignment where they were doing product development and then they had to pitch it. So they not only did all the design work in product development to create the toy, they also had to do a marketing plan.”

“There were no boundaries on this project,” said senior Avery Wolff. “You could really do anything.”

“At VANTAGE you get to push the limits of your creativity because you have to make something the professionals and kids will like, but at the same time is still practical to make and sell,” said Wolff, whose group created Squinuts, a squishy figure in the shape of Peanuts characters.

Her fellow group member, junior Max Chazin added, “At school I have a difficultly learning in a classroom but at VANTAGE we’re always working in a group and were always interacting and it allows me to be creative and use the skills I have.”

The students started their toy design project in February. They began with a focus group at Minnewashta Elementary, where the high school students brought in hundreds of toys and asked the younger students questions about what they look for in a toy.

Senior Chetha Ny, whose group created Rocket Lacrosse, a toy that launches a device on a stick, said that factors they needed to consider when creating a toy for children are the color, design, accessibility and, most of all, seeing if the toy has a fun factor.

He said, “If it’s fun for us it’s probably fun for little kids too.”

“Simplicity is very important too,” added senior Evan Dion,  a member of Ny’s group. “If after a few minutes if a kid can’t figure out how to play with it, they’re usually done so you need to make your toy as simple as possible.”

The students then created their toy prototype and plan and presented it to toy executives on two occasions. After each review the students were able to alter their project.

Dion said his group made some drastic alterations to their design after receiving feedback from toy executives April 10.

Initially their product included a rocket launcher, which didn’t give the item being shot enough of a launch, so they chose to remove it.

“Making those minor tweaks and seeing it be more successful was a lot of fun,” he said.

Adams said that this year, and in previous years, students were approached by the toy executives, who judged the competition, to see if they would continue on with their concept.

“The most enjoyable part of this project has been having the creativity to come up with your own idea and make it into something that kids can actually get excited about,” said senior Natalie Katerba, whose group created Squinuts. “It’s totally different from a regular classroom project. This includes collaborative ideas where you are working together and you create ideas that have meaning.”

On April 13, the students returned to the elementary school to present their product to a group of third- to fifth-grade students. The elementary students then asked questions and rated the projects.

“The biggest challenge was answering all their questions and give them answers that they would be satisfied with,” said junior Julia Camnetar, whose group created Squinuts.

Fifth-grader Justin Abraham and Gabi Feygin said that they would consider cost, who would be interested in playing with it, how easy it is to use and design.

The winning group this year was Hologaming. The group included junior Camron Powell and seniors Oliver Thomasson and Julia Bergdahl. Their toy is a triangular device that’s placed on a television while a YouTube video is played, making it appears as a hologram.

“The entire experience has been so enjoyable,” said Powell, a junior. “It has been great getting to practice presenting in front of the executives and even the little kids. It’s terrifying but at the same time it’s a lot of fun and it’s very valuable experience. It really helps prepare you for the future.”

“I liked how we got to test out all these toys that maybe in the next few years might be in the store,” said fourth-grader Caleb Johnson. “It’s like going to the future.”