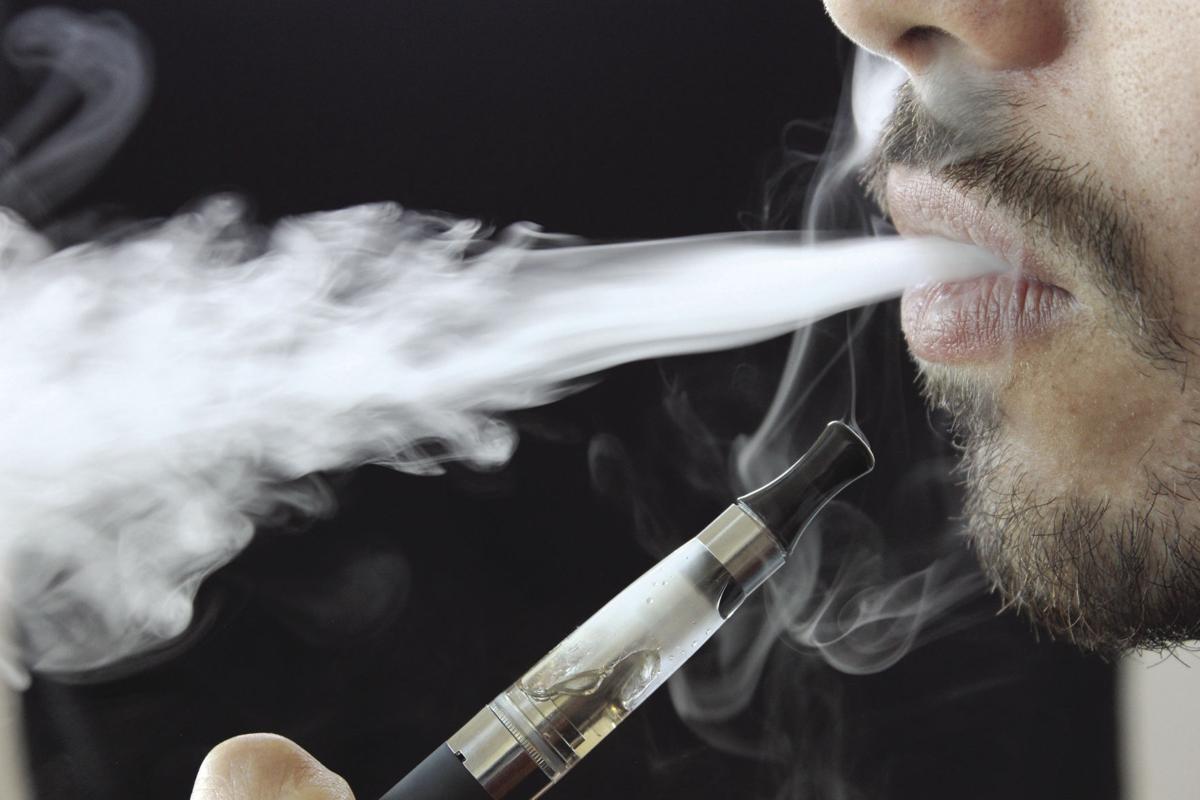 A man uses a vaping device. Photo courtesy of ecigarettereviewed.com. 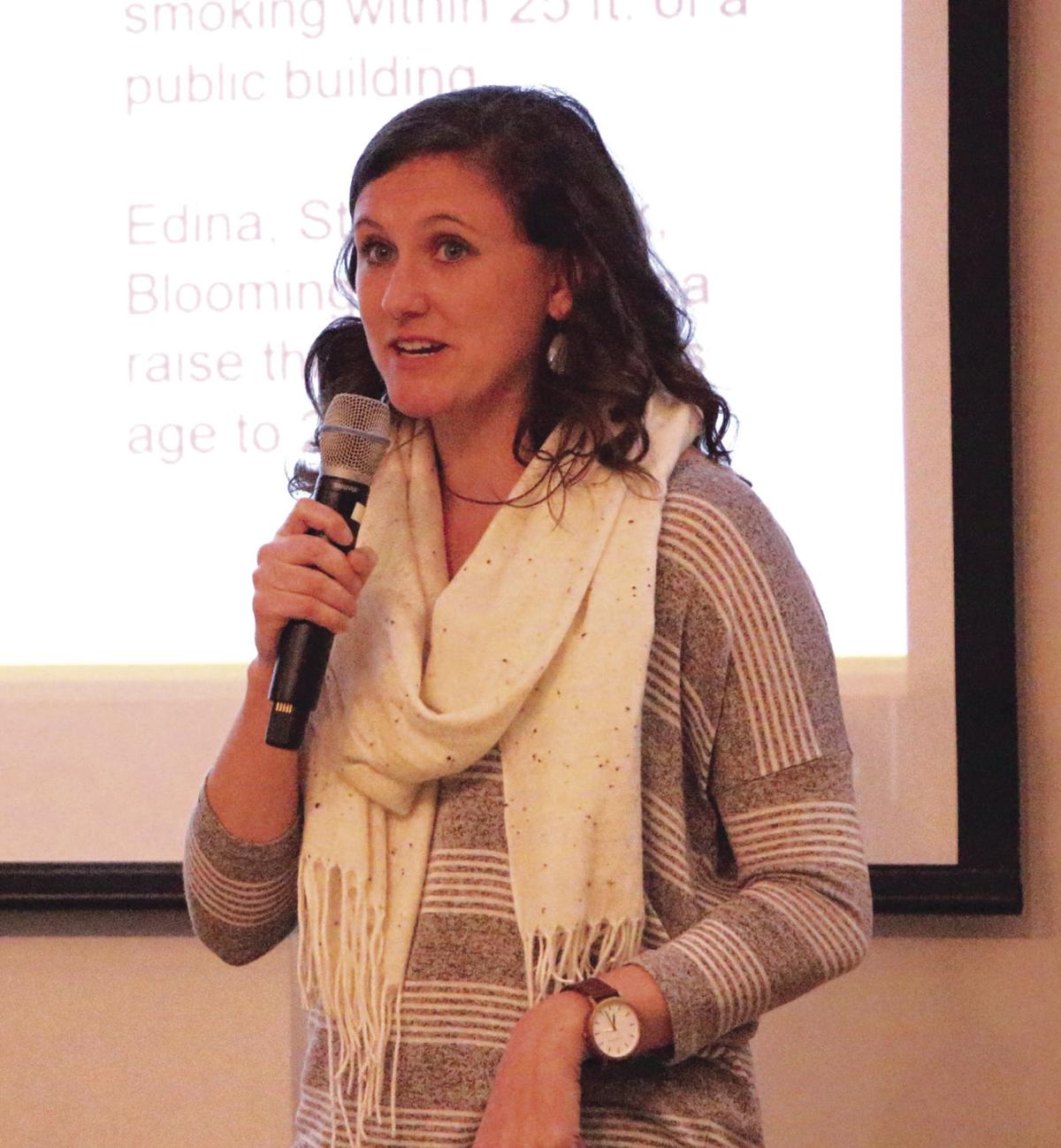 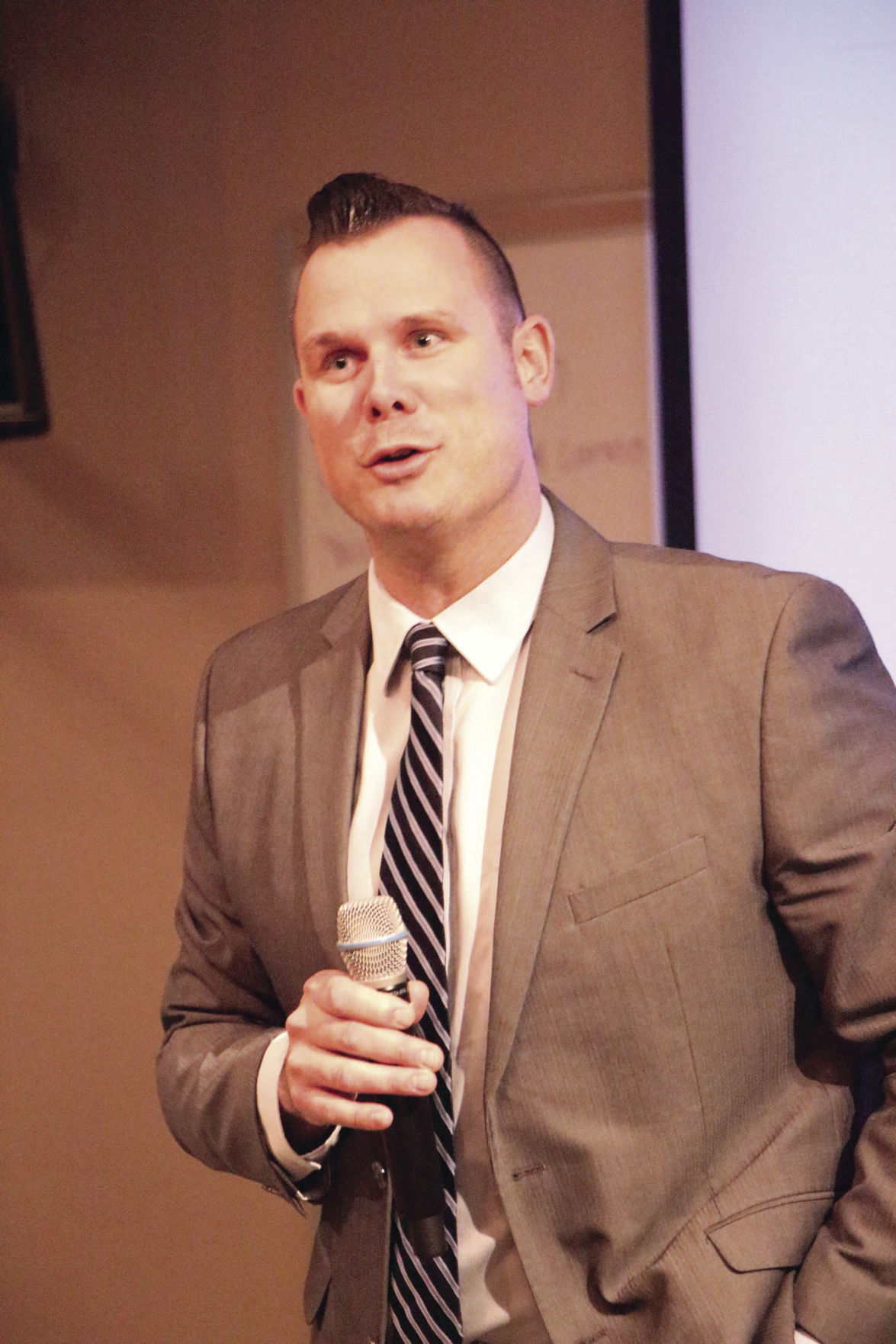 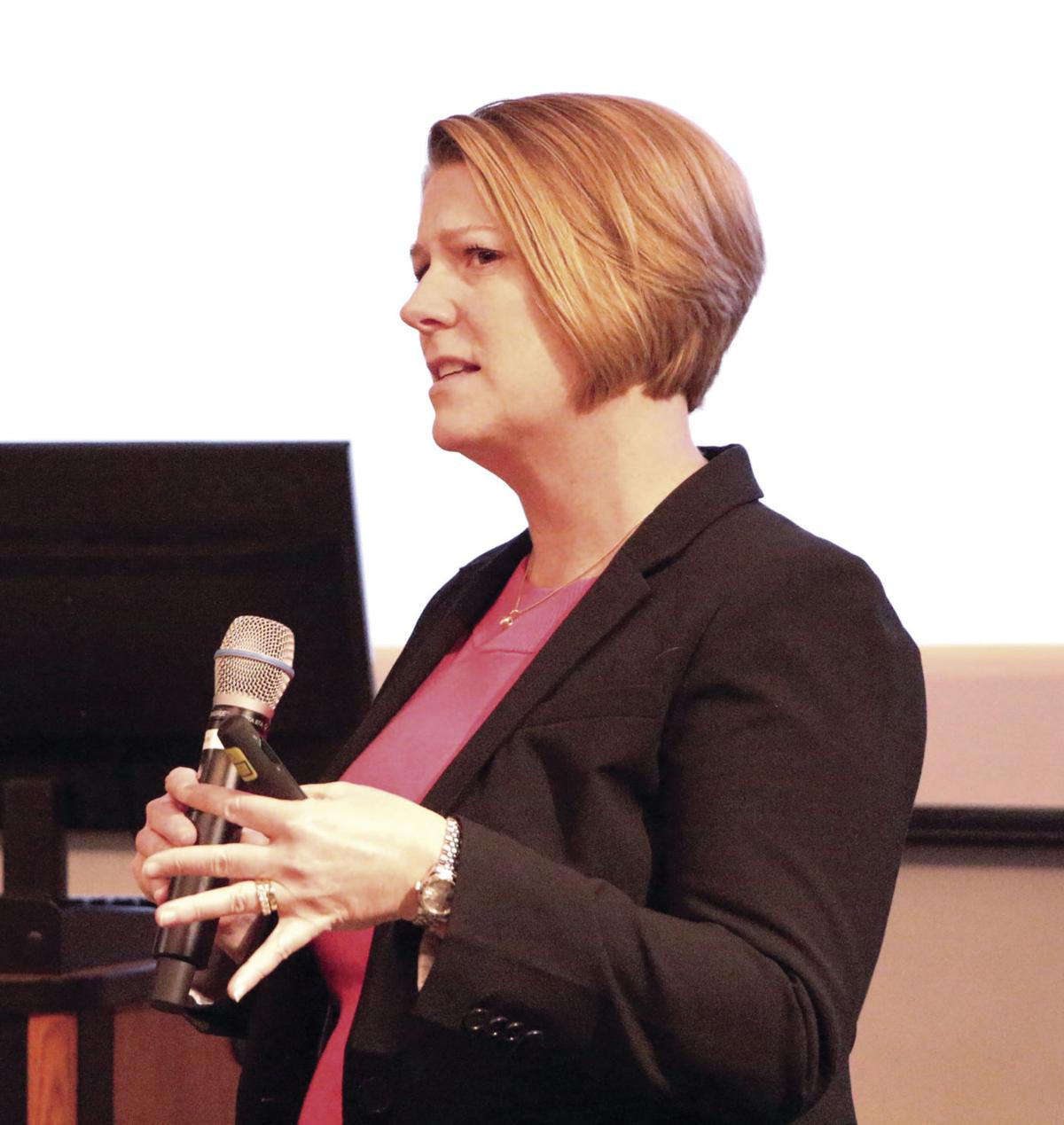 A man uses a vaping device. Photo courtesy of ecigarettereviewed.com.

Tonka CARES hosted an information meeting April 17 for Minnetonka students, staff members and families on the dangers of vaping and e-cigarette use.

The prevention-focused coalition in the Minnetonka district works to create a healthier environment that supports positive decision-making among young people.

The group has more than 50 members and works with local law enforcement, businesses, city government, nonprofits and faith communities, and regularly hosts meetings on current concerns in the community.

Dr. Kim Oelhafen, director of the coalition, said that the organization members have become increasingly concerned about the presence of vaping and e-cigarette devices in the district after state data showed increased usage.

Oelhafen explained that vaping devices contain a rechargeable lithium-ion battery that delivers an e-liquid vapor from a nicotine cartridge. The cartridge contains 200-500 puffs per use, depending on the product.

The liquid in the device can come in a variety of flavors that can appeal to young smokers including maple, vanilla, chicken and waffles and strawberry. Sometimes, this vaping liquid can contain marijuana oil and wax, which contains high levels of THC.

Oelhafen said, “This juice that that’s in e-cigarettes is often thought by adults and our youth to be harmless when it is not.”

According to the Center for Disease Control, the vaping liquid can contain varying amounts of toxic chemicals, including formaldehyde, acrolein, diacetyl, lead, nickel, tin and a wide variety of other substances.

“Many of these chemicals have previously been found to be carcinogenic in addition to being associated with a variety of respiratory and heart disease-related illnesses,” Oelhafen said.

There have also been multiple reports of thermal injuries from e-cigarette devices that are caused by the device exploding from the battery overheating. This explosion often occurs when users exchange parts or alter the device to burn nicotine more quickly.

Kristen Ackert, of the Minnesota’s Association of Non-Smokers, gave an in-depth presentation about the e-cigarette industry and governmental regulation of vaping devices.

Ackert said that the e-cigarette industry is not subject to the same rules and regulations on advertising as the tobacco industry.

She said, “The e-cigarette companies are using a lot of the same advertising and tactics that the tobacco industry used for decades.”

Ackert added that these tactics have directly appealed to younger smokers, such as having sweet flavors, which is similar to how the tobacco industry advertised flavored cigarettes to younger customers. The tobacco industry currently spends $115.8 million every year in Minnesota on marketing.

“They are savvy,” she said. “They definitely attract fresh marketing perspectives and are using trendy new marketing tactics that are appealing to young people.”

The organization also showed parents a number of vaping devices, including some that look like a traditional cigarette and others that look like a flash drive and another that was hidden in a hoodie.

E-cigarette usage currently has the same rules and restrictions as tobacco products in open areas. Currently, 23 counties and 31 cities in Minnesota have added e-cigarettes to their clean indoor air policies.

The current state laws include that it is illegal to sell e-cigarettes to anyone under 18, for minors to posses an e-cigarette and the devices can only be sold in stores, behind a counter or online.

The cities of Edina, St. Louis Park, Bloomington, Plymouth and North Mankato have all increased the minimum age to 21 years of age. Currently, the cities of Shoreview, Falcon Heights and Minneapolis are discussing age policies.

Legislation has been introduced to raise the minimum age to 21 years old on all nicotine product sales.

Ackert said that the tobacco and e-cigarette industries are against raising the minimum age because this would limit their chances of developing lifelong smokers. She said that 95 percent of current adult smokers, started before they were 21 years old.

“While the use of tobacco products has been declining for a number of years, it’s really appalling that for the first time in 17 years that that number is now rising,” she said. “There has been so much great work at bringing that statistic down, but the fact that it’s going up is largely due to e-cigarettes and the boom they’ve seen in our communities and schools.”

At the event, six students discussed their e-cigarette use. Many started using vape devices due to stress and purchased the products from fellow students or on eBay or other websites where their identification won’t be checked or they could lie easily.

The students said that vaping is extremely common on campus and it is not uncommon to see one or two students vaping in the classrooms or bathrooms.

School suspensions are common, Stephan said, in addition to a state high school league violation, potential loss of leadership roles and or suspension or removal from a club or activity.

“We never want a chemical behavior to be criminally or punished by school or law enforcement because we do want to look at why these events are transpiring,” Oelhafen said. “We also have a job as administrators and as a community to make sure that everyone around that student is safe as well.”

The current district tobacco policy states, “Smoking, chewing, use of tobacco or possession of tobacco in any form shall be considered grounds for suspension, exclusion or expulsion if engaged in by a pupil in or on school property, 24 hours a day, or away from school property while participating in a school sponsored activity and/or on school buses.”

Assistant Principal Amy Steiner said that the district also provides counseling with a chemical health and often provides health referrals to help students who may be struggling.

“Minnetonka is not doing any better or worse than any other school,” Steiner said. “We have the same problems as a lot of schools. We address and deal with it when we can.”

To learn more about Tonka CARES and on a variety of public health and safety concerns, including vaping, visit tonkacares.org.