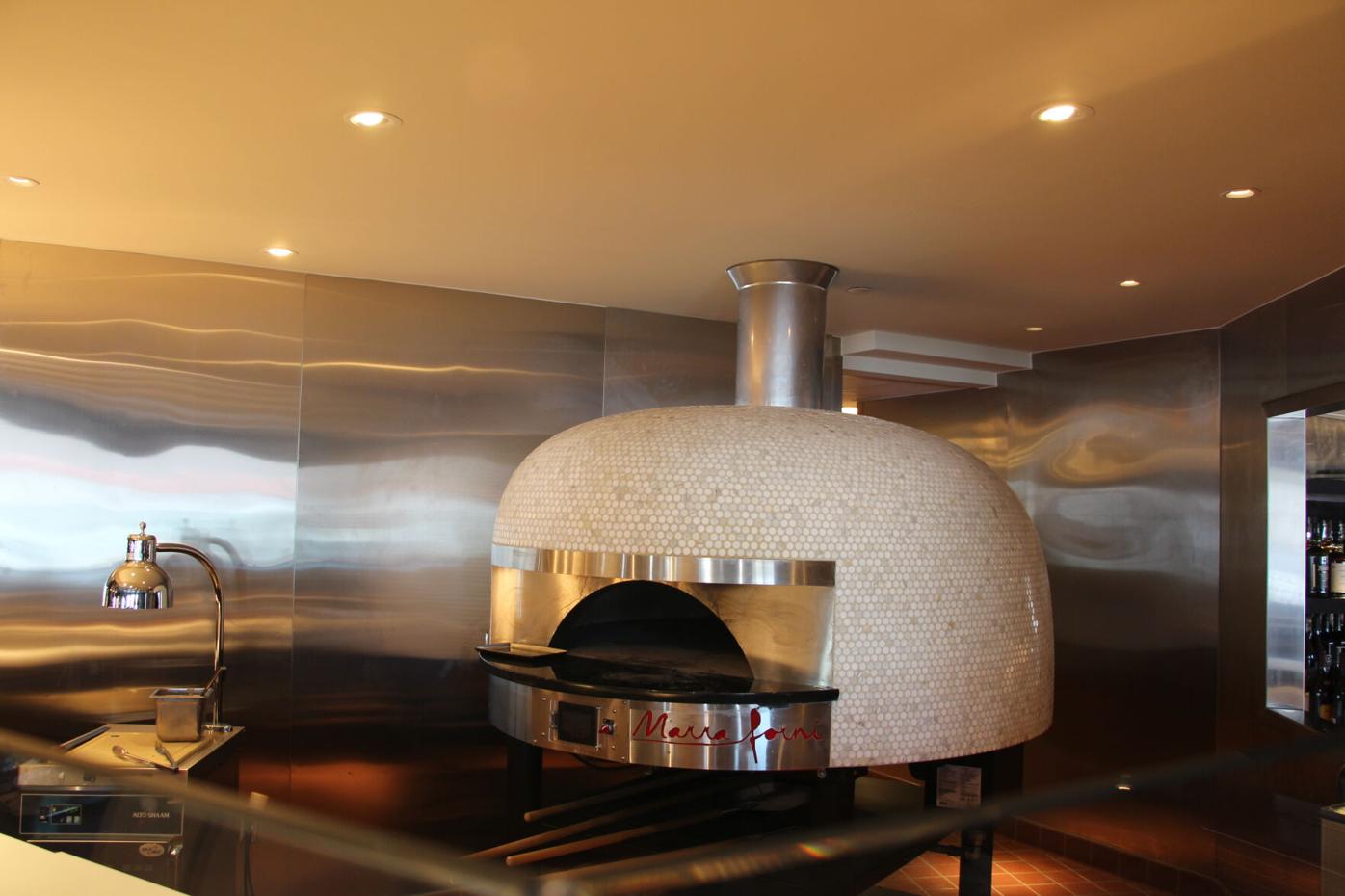 The Hazelwood Food and Drink in Tonka Bay opened its doors again after being closed for a remodel and expansion. The updated restaurant includes a wood-burning rotisserie and pizza oven and an additional private party space. 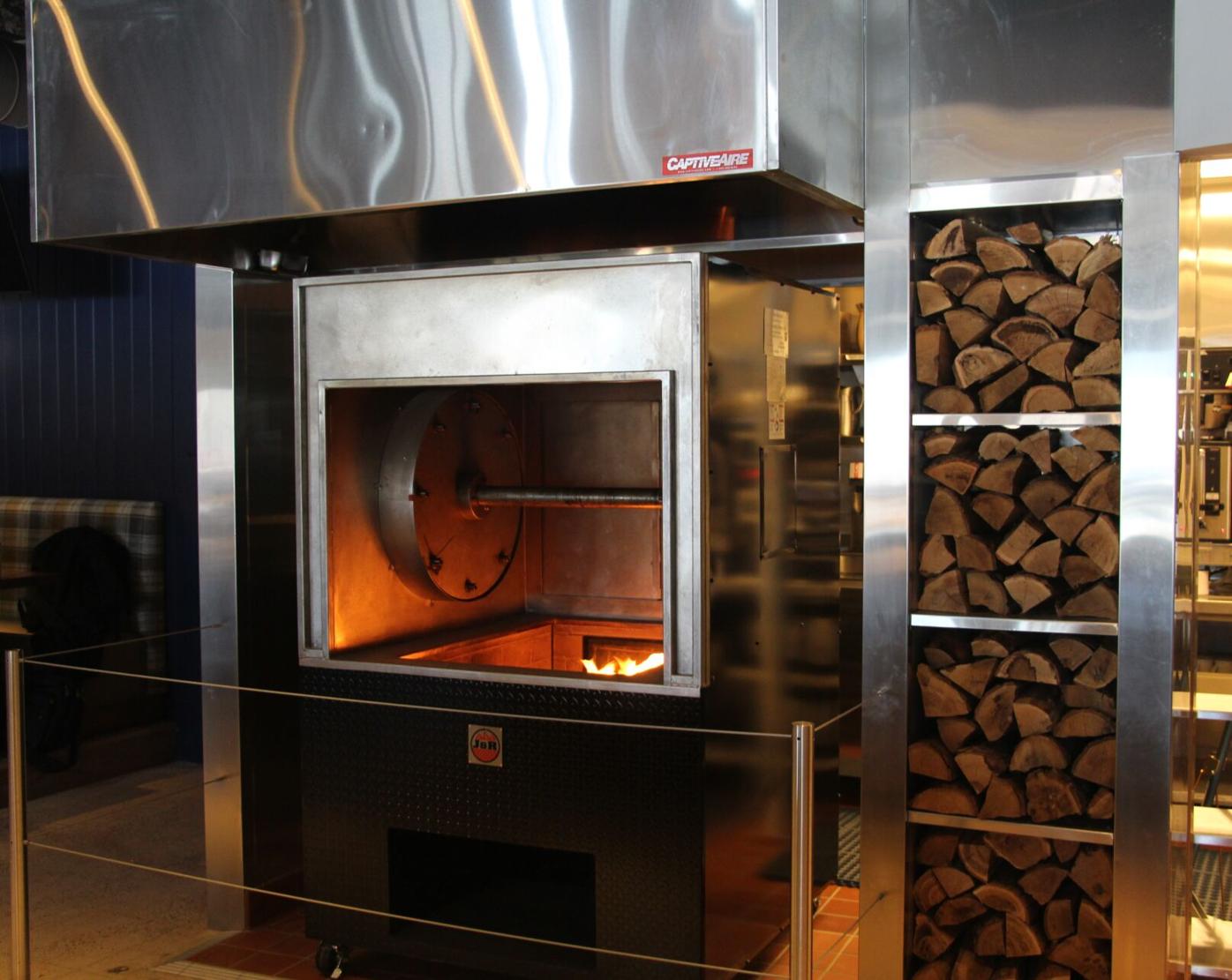 The addition of the wood-burning rotisserie and pizza oven aligns with the Hazelwood Food and Drink brand, said Scott Foster, managing partner and executive chef of its parent company, Nova Restaurant Group. 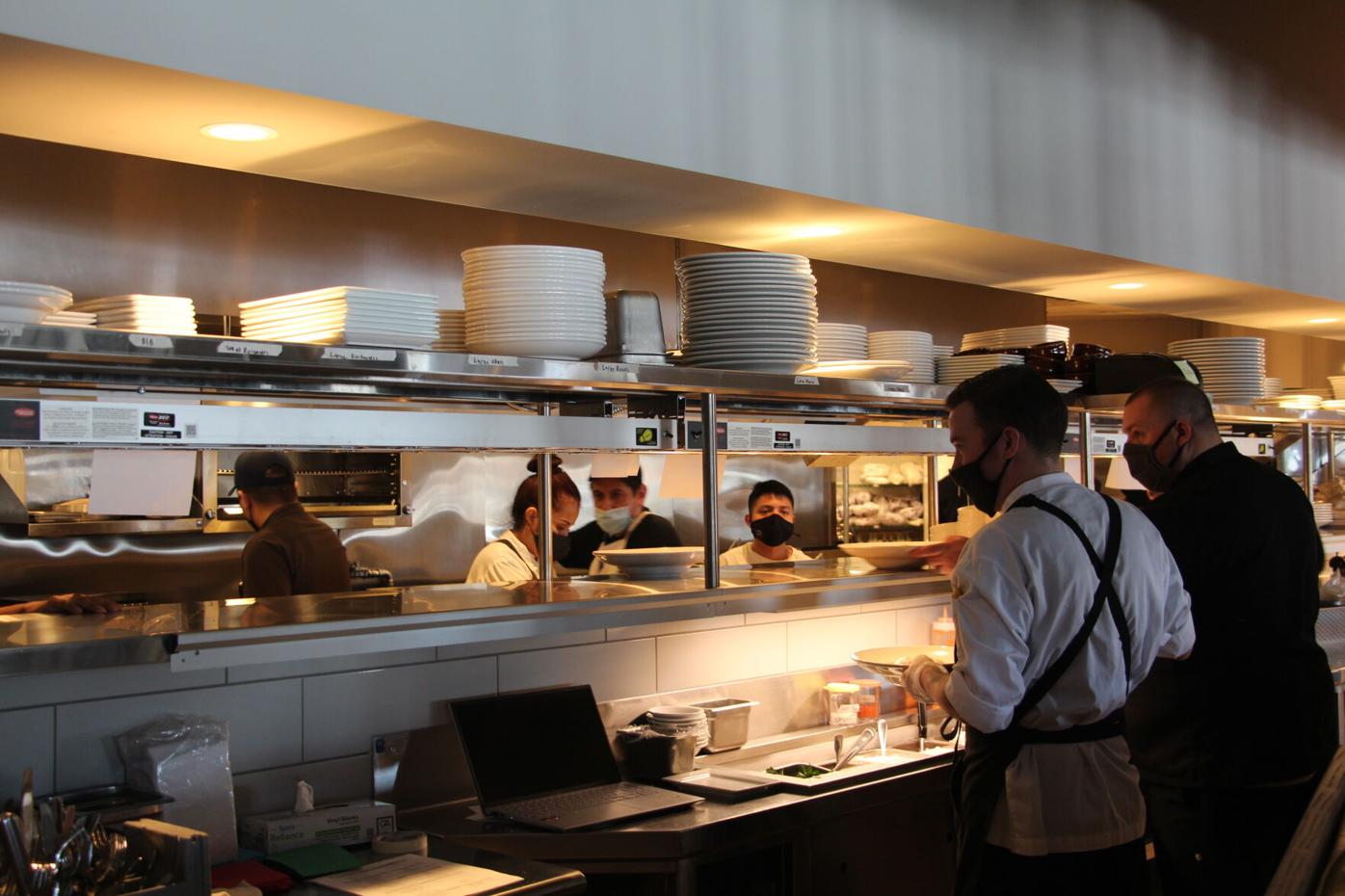 Hazelwood has been serving the Tonka Bay community for 17 years. Scott Foster, managing partner and executive chef of its parent company Nova Restaurant Group, wanted to refresh the restaurant but focused on keeping it approachable and true to its history.

Closed since August for a remodel and expansion, the Hazelwood Food and Drink in Tonka Bay reopened to the public Feb. 17. With an additional 2,000 square feet, the restaurant features a wood-burning rotisserie and pizza oven and an additional private party space, complete with a bar.

Hazelwood expanded the restaurant into the neighboring space that once was Heartbreaker clothing. Previously, the restaurant had to turn away bigger groups such as birthday parties or children’s baseball teams because it didn’t have the space. Now, it has an additional lower level space including a bar, which can be rented out to private parties.

One of the key changes to the restaurant is the wood-burning rotisserie and pizza oven, which aligns with the Hazelwood Food and Drink brand, said Scott Foster, managing partner and executive chef of its parent company, Nova Restaurant Group. It is a marriage of the old restaurant and the updated Hazelwood, he added.

True to the community

Foster wanted Hazelwood to stay approachable and true to the culture of neighborhood, family and friends. When rehiring staff members, he made sure the history was explained. People have gotten married, engaged and have hosted birthdays and groom’s dinners at Hazelwood. Staff isn’t working in a new restaurant, rather it’s a polished and exciting, remodel, he said.

“The neighbors here have been so loyal, that we really wanted to give them something special. They deserve something at the next level again,” Foster said.

Community members are also excited about Hazelwood’s reopening. Tonka Bay Mayor Adam Jennings said he looks forward to seeing the remodeled space and ordering an Excelsior Brewing Co. beer on tap. It is a great establishment for the community, he added.

“As that area continues to develop throughout the spring, it’s going to be a wonderful addition for our established residents and newcomers alike,” Jennings said.

Focusing on events in the future

With two private party spaces, Foster plans for the Hazelwood to host many events. The existing private space was expanded and the remodel added a mini banquet kitchen, which allows kitchen staff to make food separate from the main kitchen.

Many of the items on the menu are staples, which Foster updated. Hazelwood has served the Tonka Bay community for 17 years, it was time for a refresh, he said. Classics such as the Szechuan green beans, chicken rigatoni and ciabatta French toast were left untouched.

Foster laid out the restaurant so when people walk in the door their eyes naturally gravitate toward the wood-burning rotisserie. As guests walk to the other side of the restaurant, they see the big beautiful wood-burning pizza oven, he said.

At Hazelwood, people’s senses will light up, Foster said, adding the smells, vision, audio, everything lights up.

The bar top was kept the same, however, the ceiling and sides were updated and charging ports were added so patrons can charge their laptop or phone while sitting at the bar. The bar is more open and fresh and feels lighter, Foster said.

The original plan was to close Hazellewood in August and reopen around the middle of October as Hazelwood Food and Drink. Due to the COVID-19 pandemic, the remodel was slowed. In addition, crews bumped up against stop-work orders, due to environmental matters. Foster said he didn’t mind extending the remodel time a little longer.

Hazelwood Food and Drink can be found online at hazelwoodfoodanddrink.com/tonka-bay-hours-location.