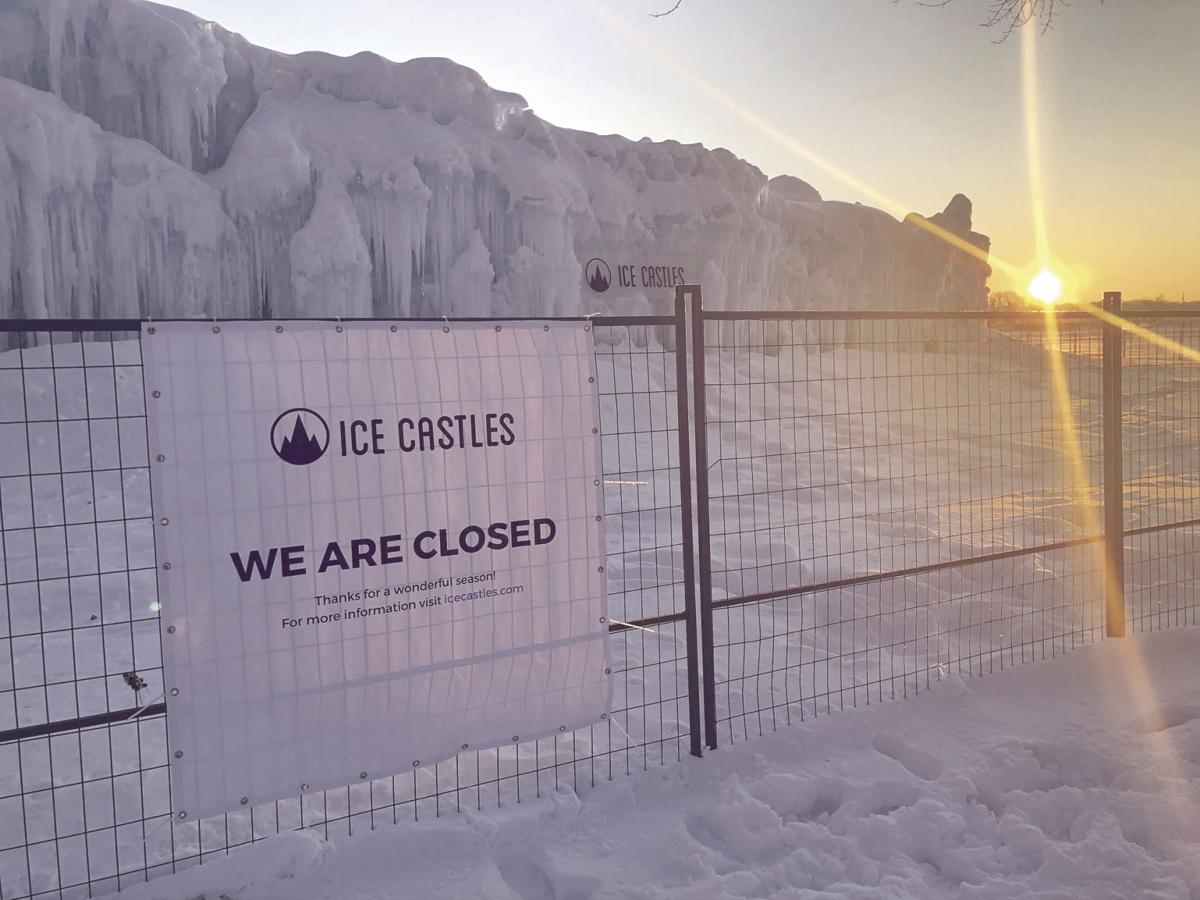 The ice castles in the Excelsior Commons closed March 9. The attraction was open for nearly two months. 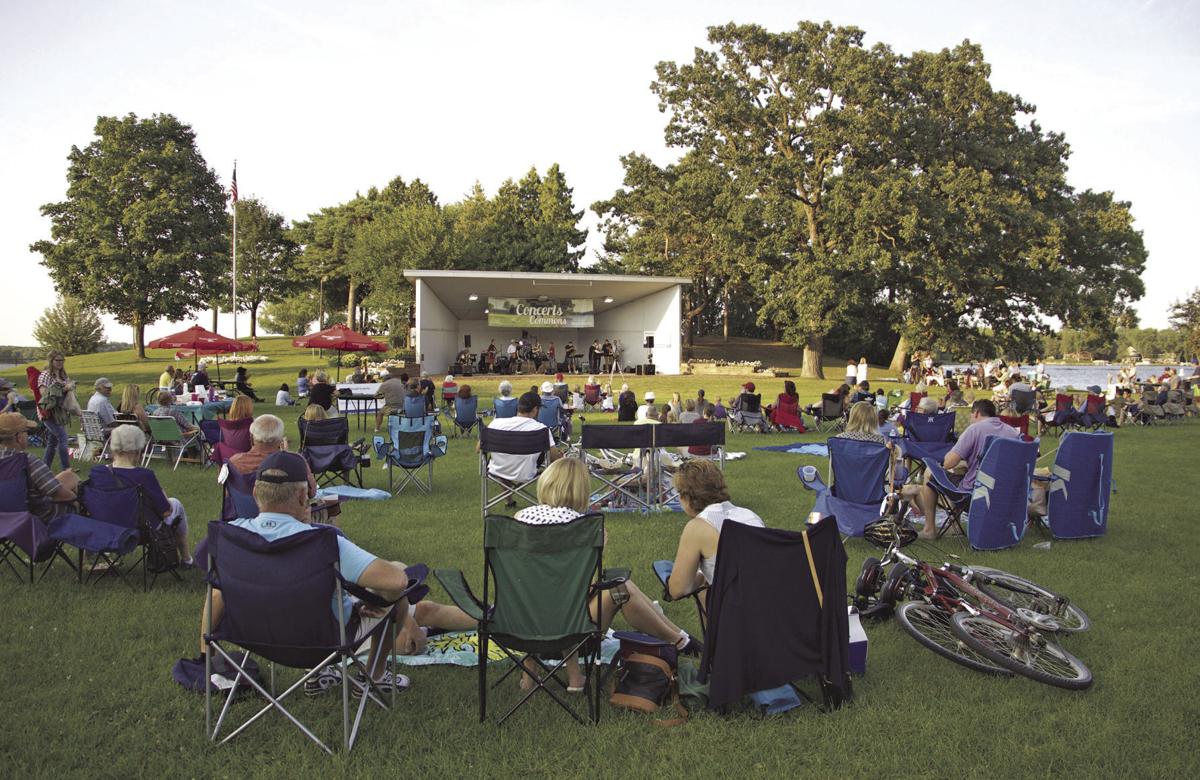 Dozens of events, including concerts and Art on the Lake, are hosted every year in Excelsior Commons Park. 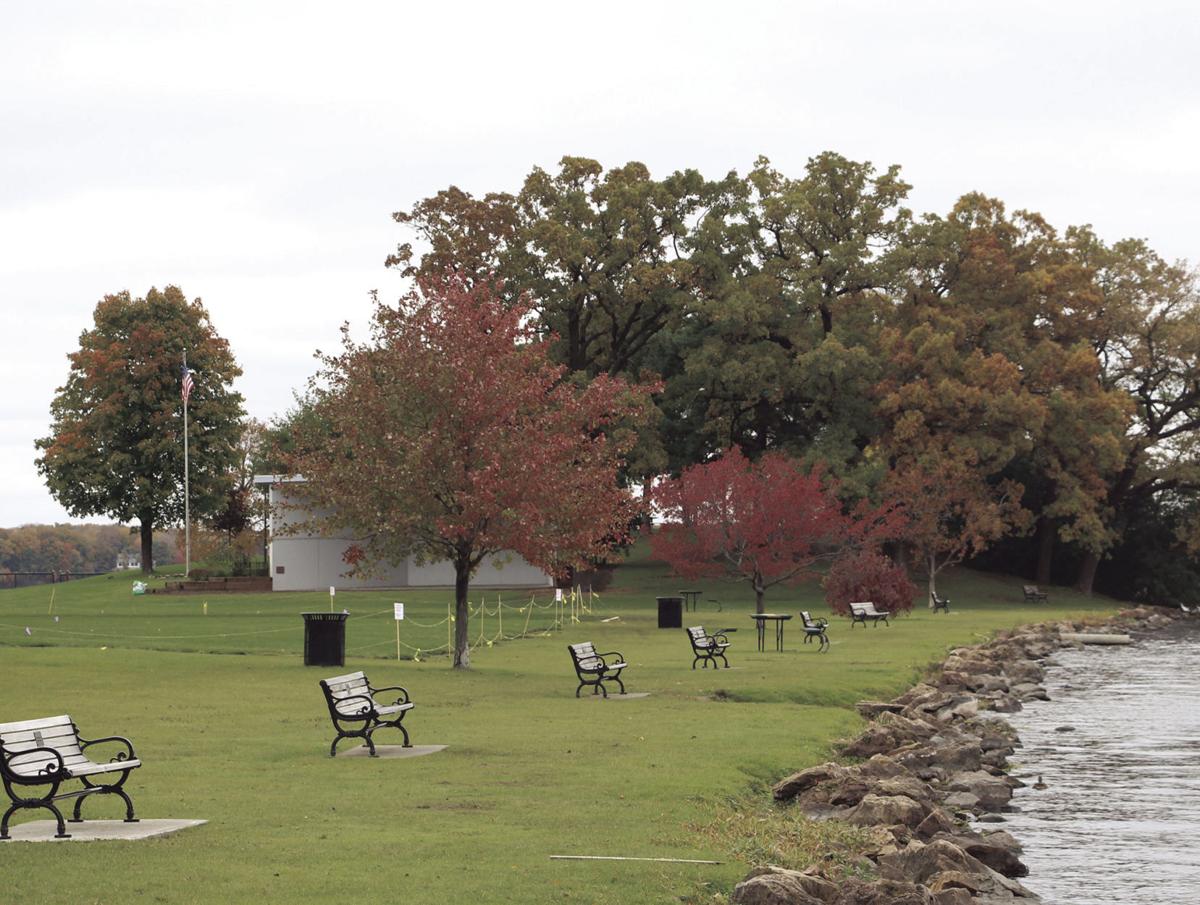 Reconstructing the bandshell in Commons Park in Excelsior will be the first phase of the Commons Master Plan. 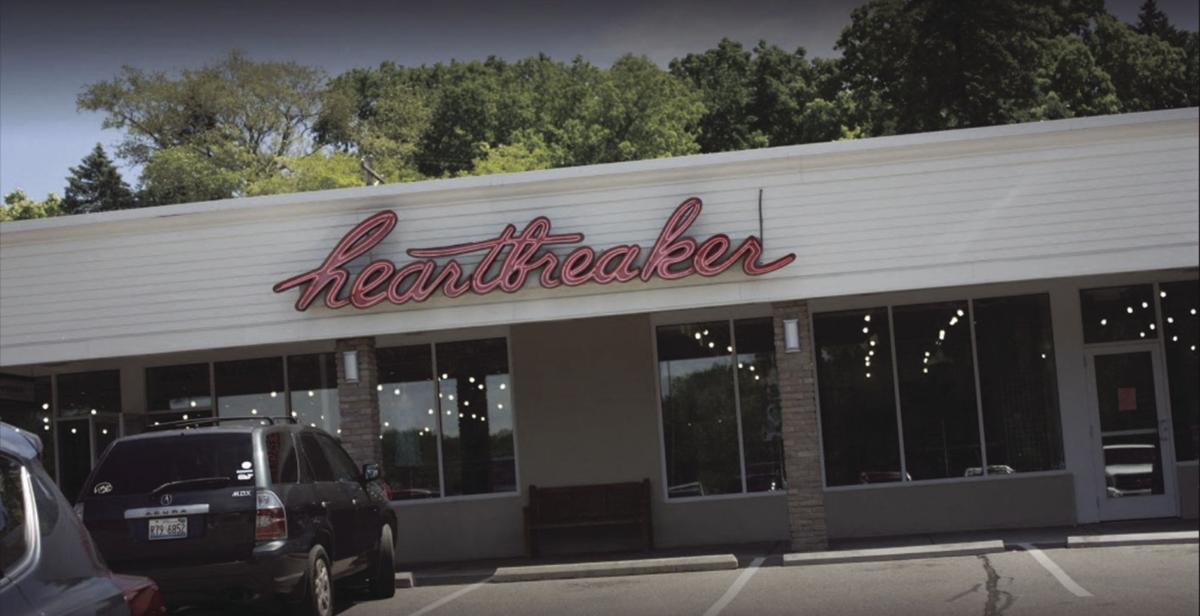 Heartbreaker has been in the Tonka Bay strip mall off County Road 19 for two decades. 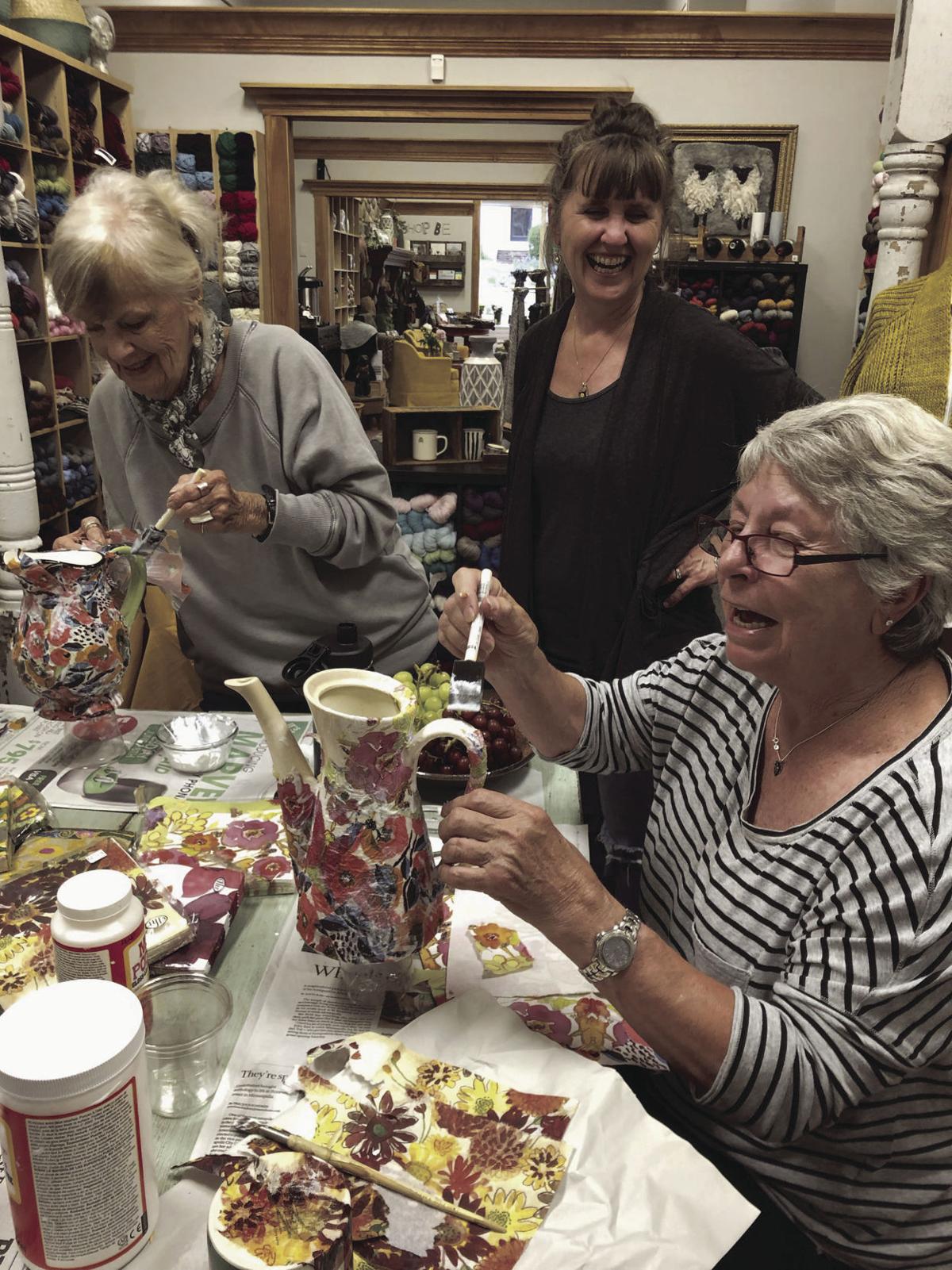 BE. at Lakeside offers art classes. Co-owner Bridgit Fiore shares a laugh with the attendees of a recent class.

The Ice Castles came and went from Excelsior last winter. The attraction is unlikely to return to the city for a second time. The funds raised at the event, approximately $52,400, will be designated to the park improvement fund to update the Commons. A large portion of the funds came from the city’s parking meters.

“Those are good weeks for us in the summer, and to have them in January and February is definitely a huge boost,” said Kelly Horn, the city’s finance director.

A major step taken by the City Council in June was adopting the sales tax to go for Commons Park improvements. The sales tax is a half-cent increase. The tax will end when it reaches $7 million.

The legislative approval is exciting for the community and the residents who have been working on the master plan, according to Deb Rodgers, board chair for Community for the Commons, the nonprofit conservancy working to improve the park.

The Commons Master Plan is expected to cost a total of $20 million and was approved in 2017. The sales tax will be a significant funding contributor. Collection of the sales tax started on Oct. 1.

The Excelsior City Council approved the fundraising agreement with Community for the Commons early in December. The agreement is to fund the first phase of the Commons Master Plan, which is building the bandshell.

“One of the advantages of having a fundraising or philanthropy partner here is that the city isn’t in the fundraising business,” Excelsior City Attorney Kevin Staunton said Dec. 2. “I think some nice separation that’s important because the city does a lot of regulatory and other things that you don’t want to contaminate that with the raising money folks that you might have to regulate later.”

The funding agreement will have the city fund 75% and the group fund 25% of the project. The agreement also outlines that the project will only move forward when certain fundraising goals are met by the community group.

“We’ve crafted this agreement so that C4C is committing 25% of the project and we’re assuming the project is about $2 million,” said Eric Snyder, representing Community for the Commons. “We’ve said we’re committing $500,000 of philanthropic for the project, and that the project won’t move forward until we hit certain thresholds along that way.”

With the agreement in place, the group can begin raising money for the bandshell. The council will also review and approve the project.

Heartbreaker, a trendy clothing store that has been in Tonka Bay since 1999, relocated to Excelsior under a new name, All Love Leigh. The store opened in May.

All Love Leigh joined the business community in downtown Excelsior with an appeal to younger shoppers.

“We are definitely younger with more of a casual flair. We will fulfill a need for a younger audience, and, of course, being more affordable as well,” owner Suzanne Anderson said in April.

Anderson purchased the business in 2017 and thought Excelsior would be a better location.

“I’m hanging out here all by myself, and people aren’t necessarily going to drive for just one store,” Anderson said. “Clothing stores together create synergy, and Excelsior does a good job pulling people in for events.”

The store in the Tonka Bay strip mall was the remaining Heartbreaker, as the Uptown location closed in 2016 and a Southdale location previously closed.

When Lakeside Yarn closed its brick-and-mortar store in May, Bridgit Fiore of Minnetonka and Elizabeth Nyland of Chanhassen decided to breathe new life into the downtown Excelsior shop.

Keeping alive the tradition of knitting, BE. at Lakeside features designs and knitting kits by designer Cynthia Cushing, the previous owner, while expanding its offering of gifts, decor and classes inspired by their tagline: “Gather. Shop. Create.”

Fiore described BE. at Lakeside, named after Bridgit and Elizabeth, as a hybrid store.

“You can’t stay open with just yarn anymore,” she said.

Located at 347 Water Street, the store is a gathering place for friends to enjoy a free cup of coffee while they enjoy all the shop has to offer.

“We want it to be a welcoming place where people can gather if they choose to,” Fiore said.

BE. at Lakeside also hosts art classes every other Thursday.

“We wanted to offer something creative that you’re proud you did, but that you don’t need to consider yourself an artist to take the class,” Fiore said.

Several of the products available in the store also benefit various organizations, such as DamnDog bags. A percentage of sales of the assortment of leather and canvas backpacks, wallets and bags support animal rescue.

Other items available in the shop include jewelry, accessories, baby goods, unique books and home decor.

By opening BE. at Lakeside, “We hoped we could bring something new [to Excelsior] and not compete with the other stores,” many of which are owned by friends, Fiore said. “We hope it’s well received and we can be here for years to come.”