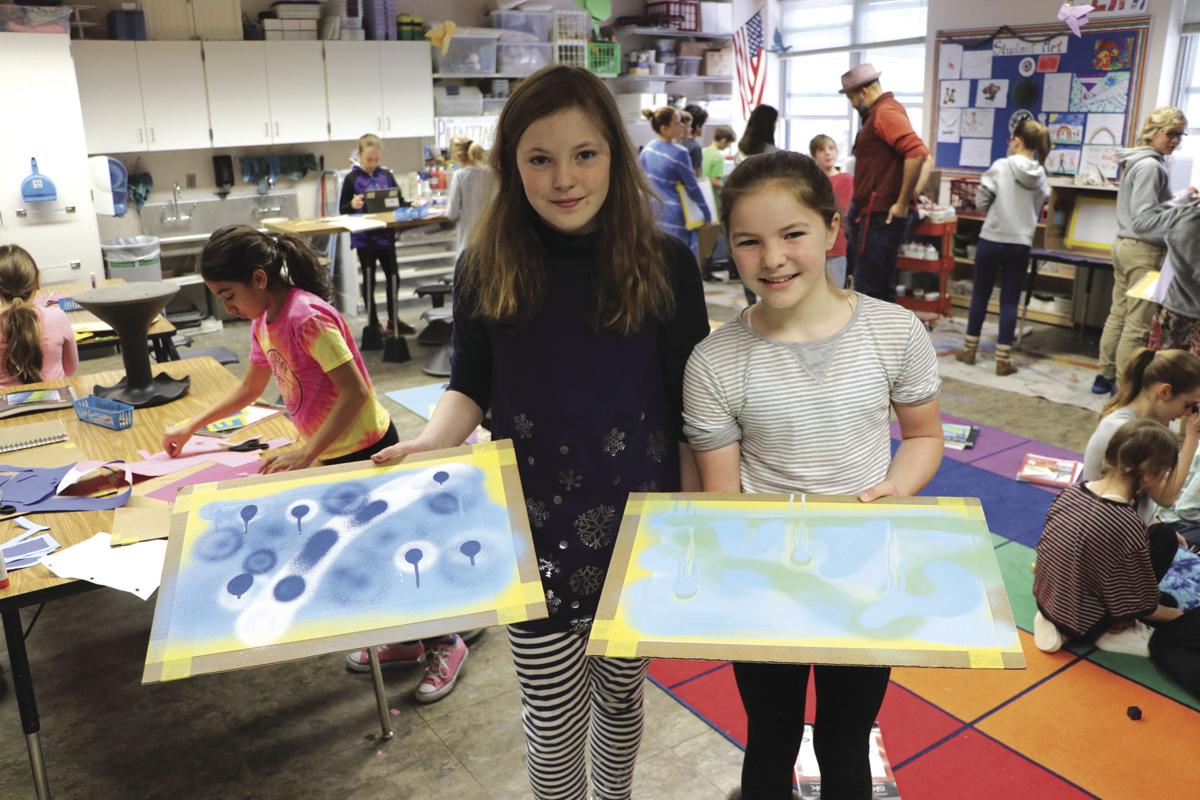 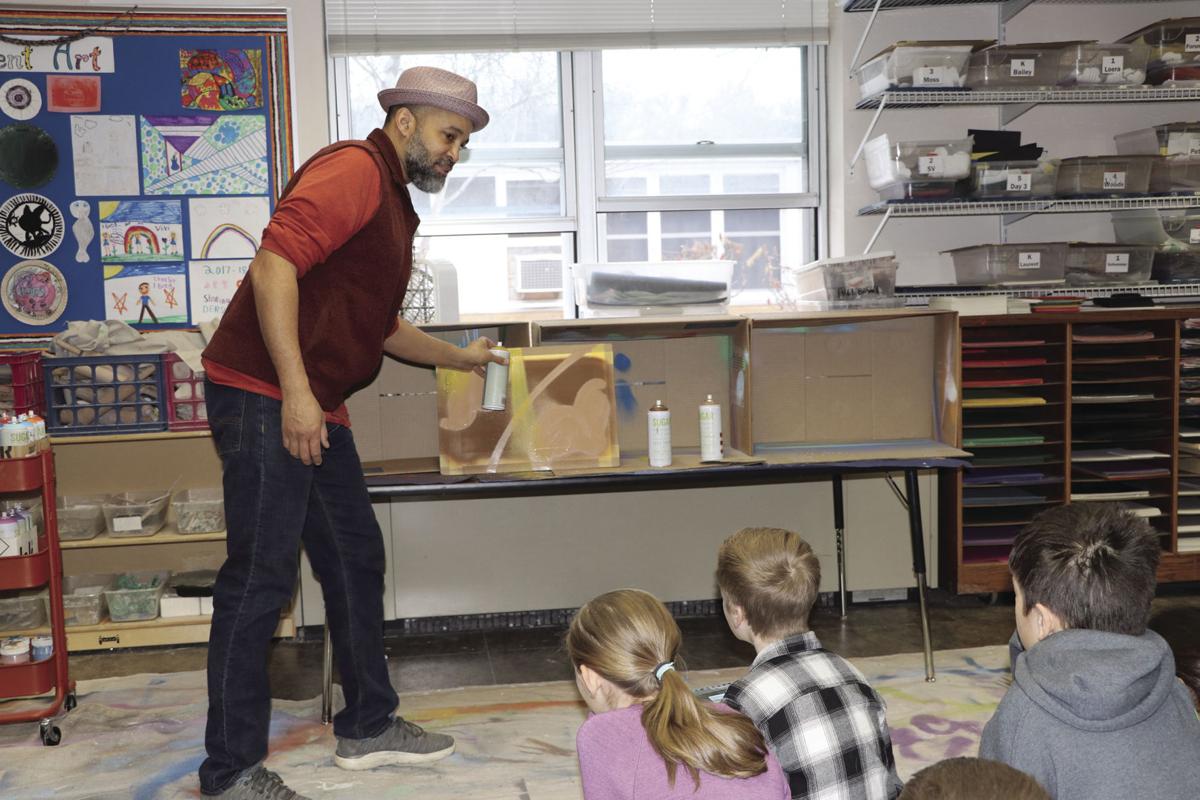 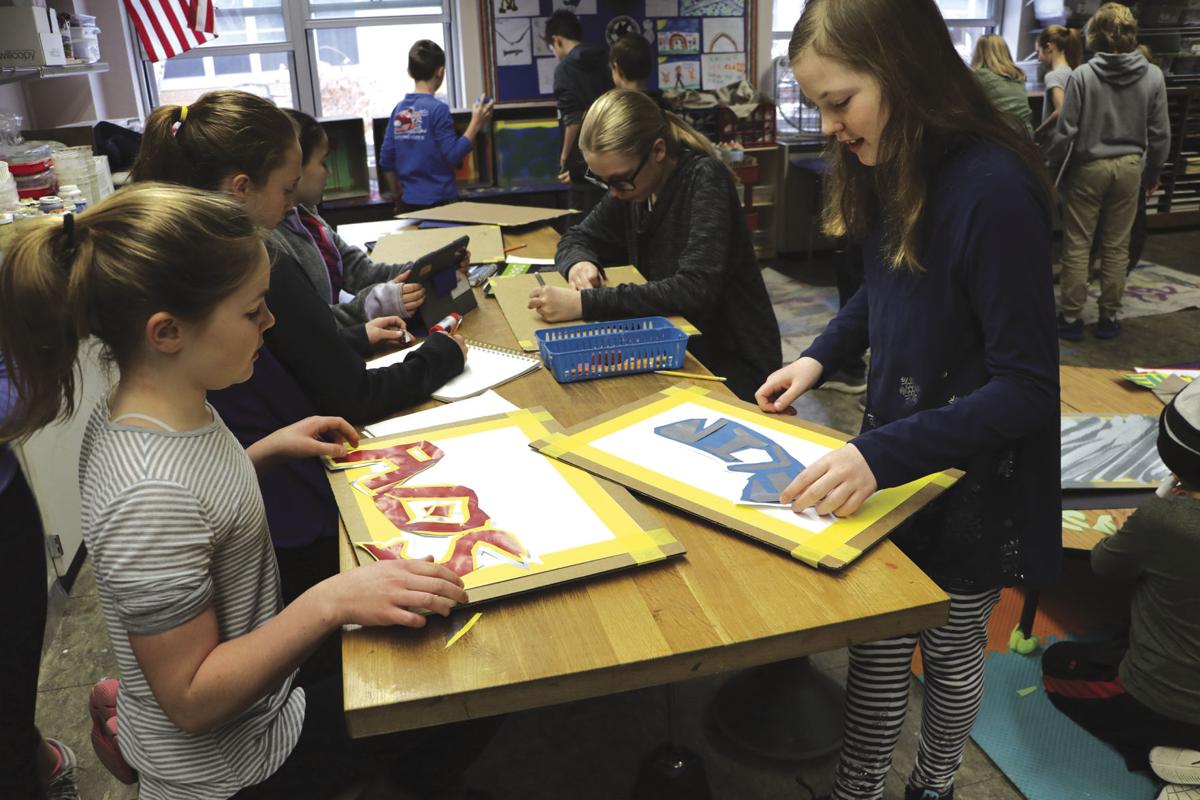 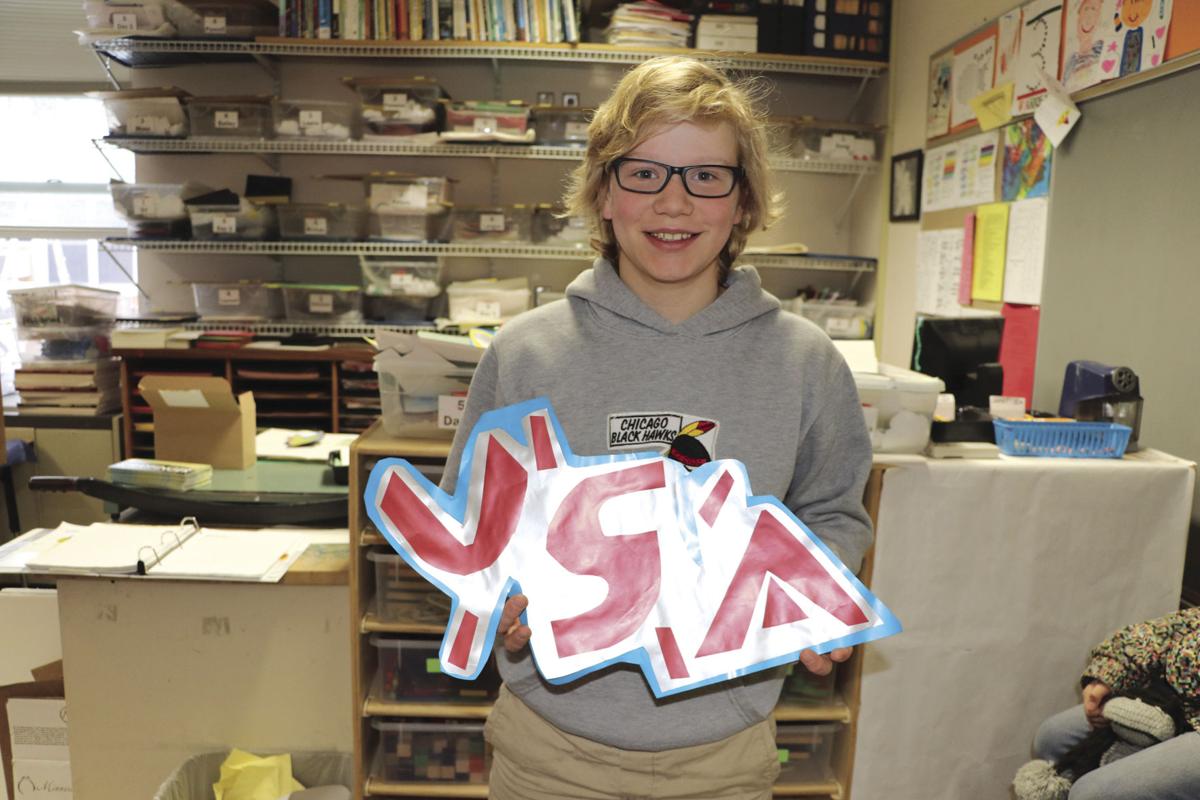 Will van Bergen creates a USA sign in the form of graffiti art. 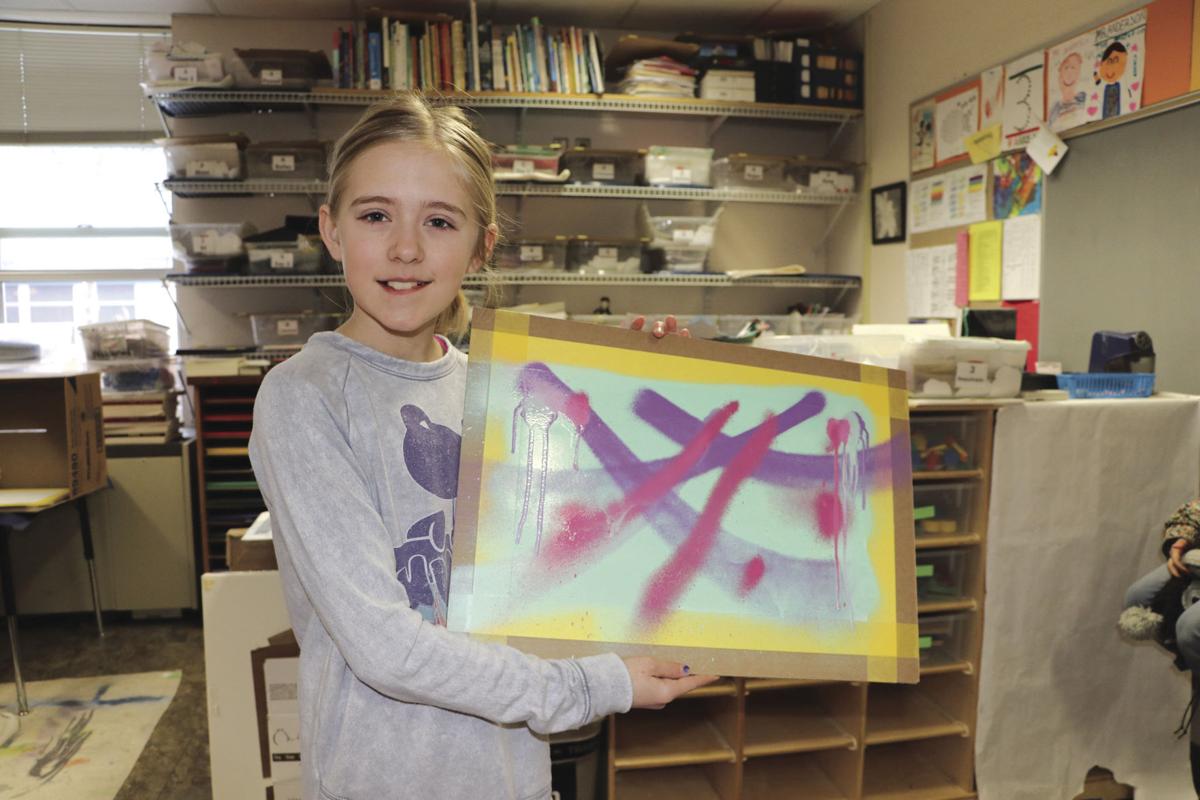 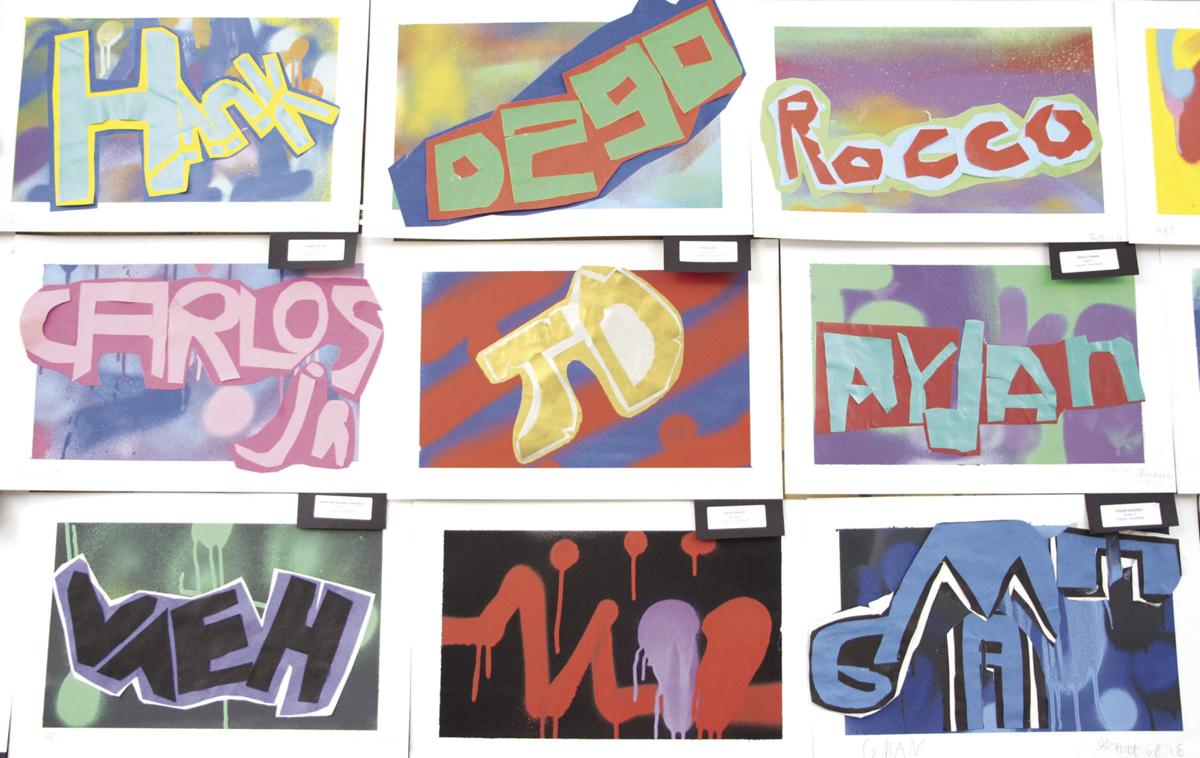 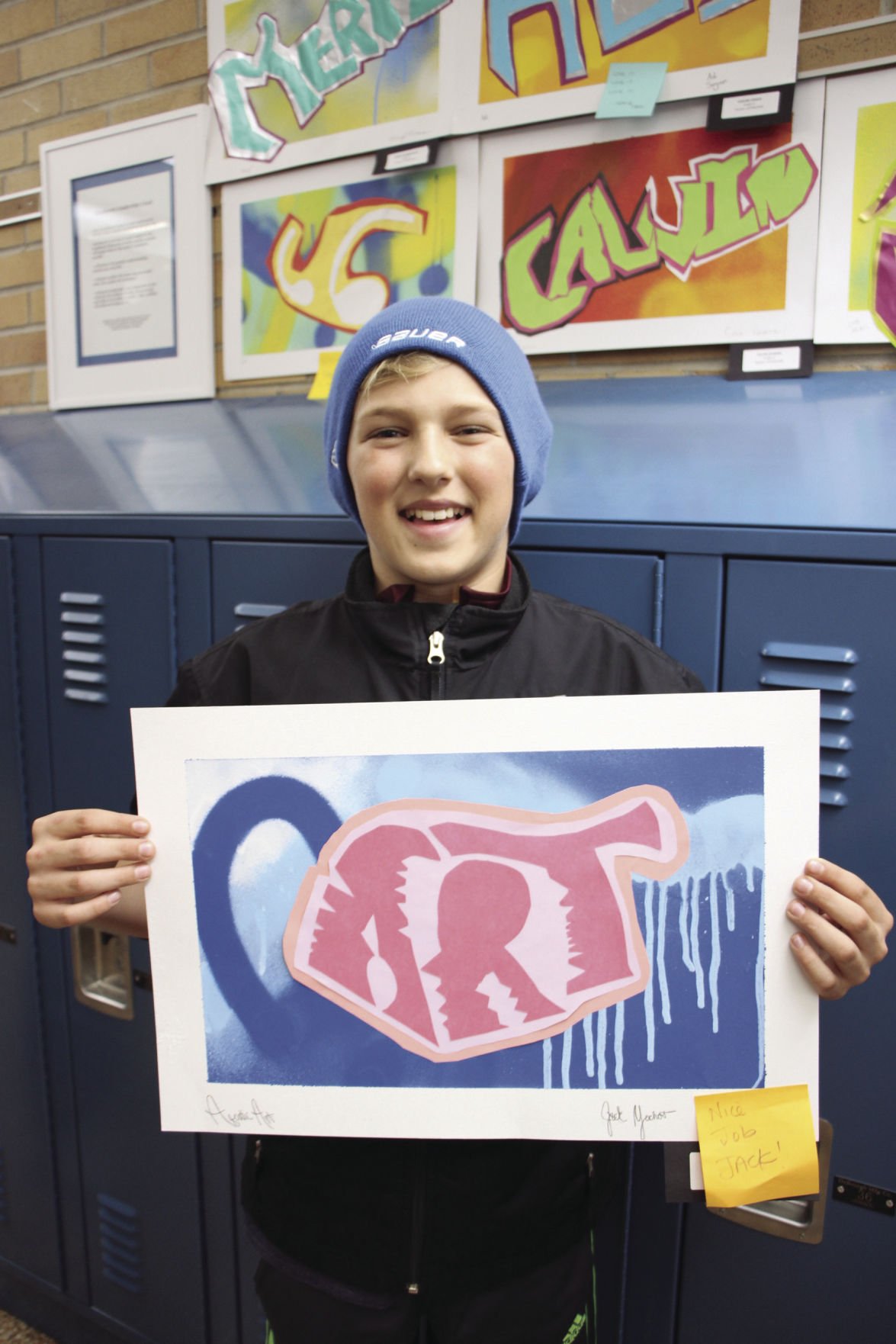 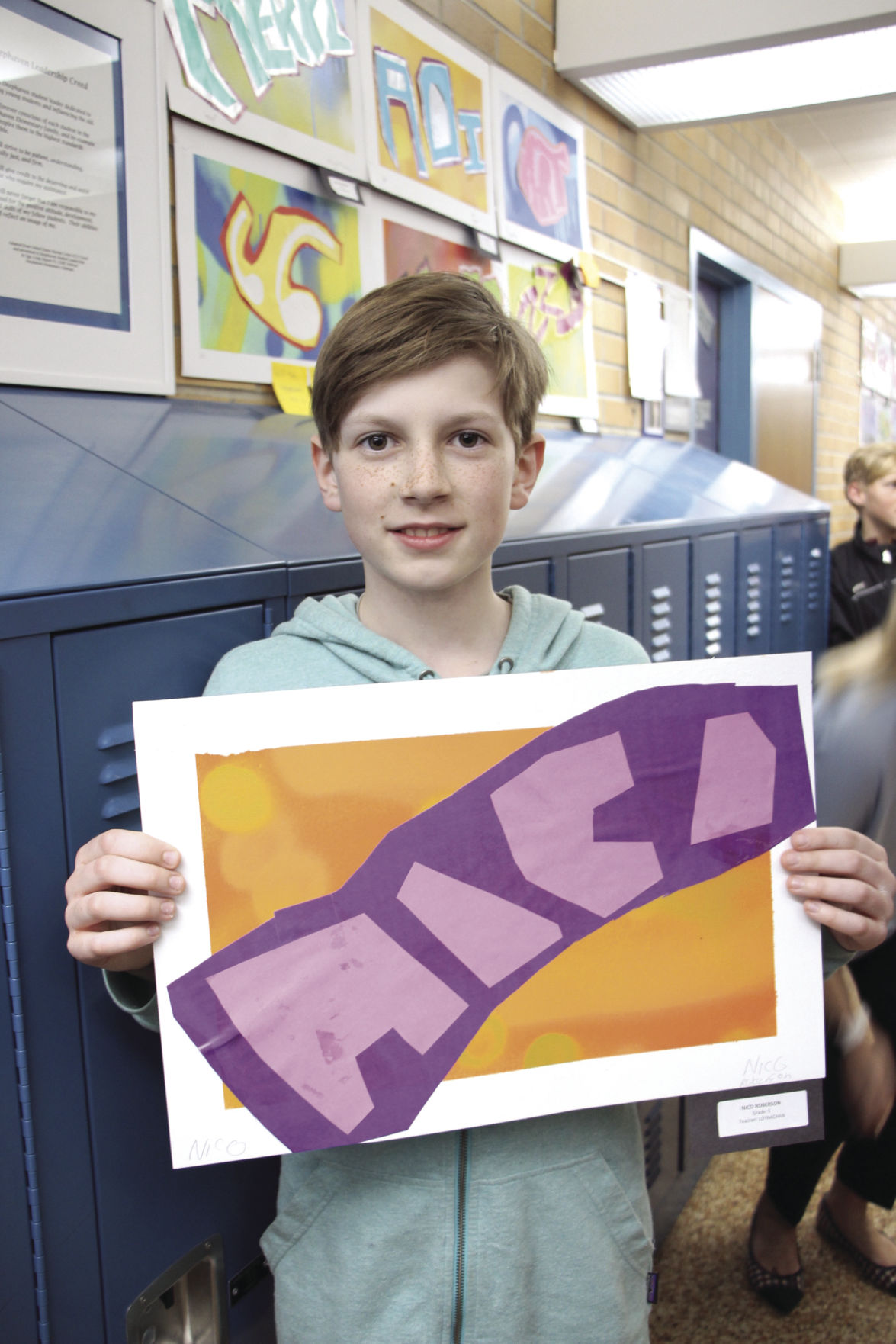 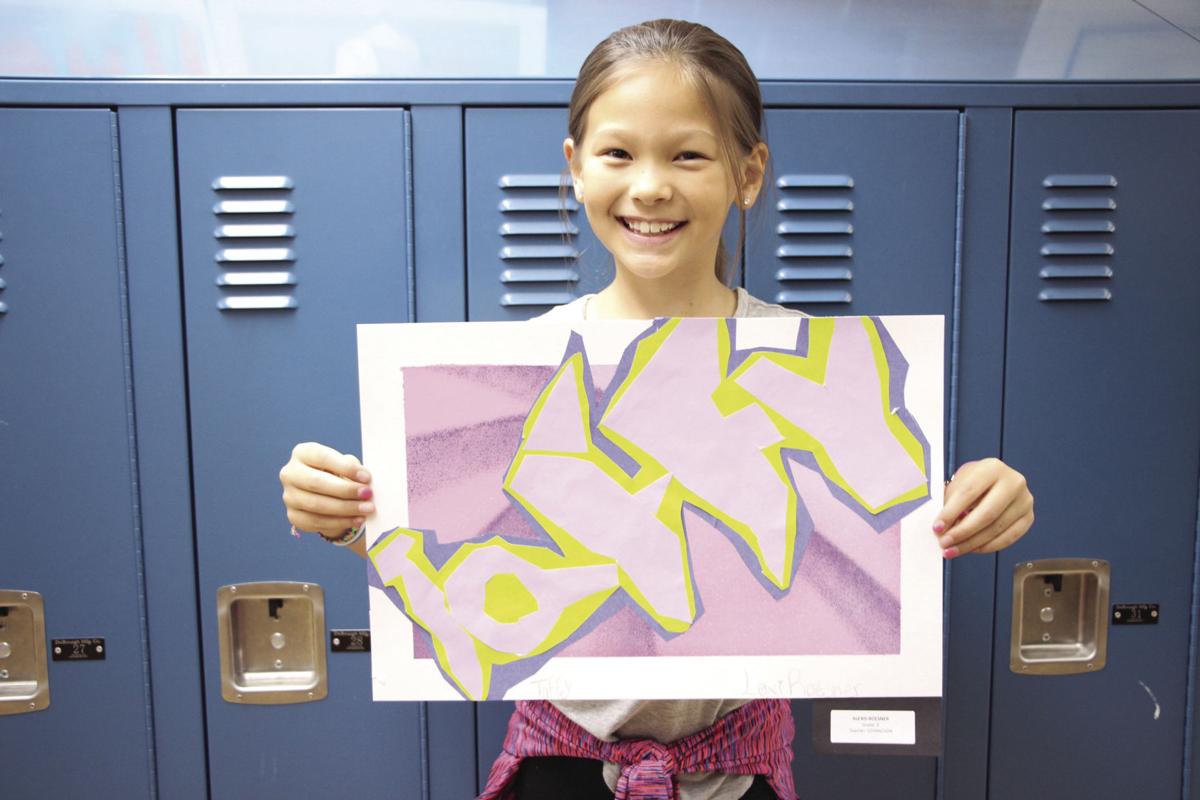 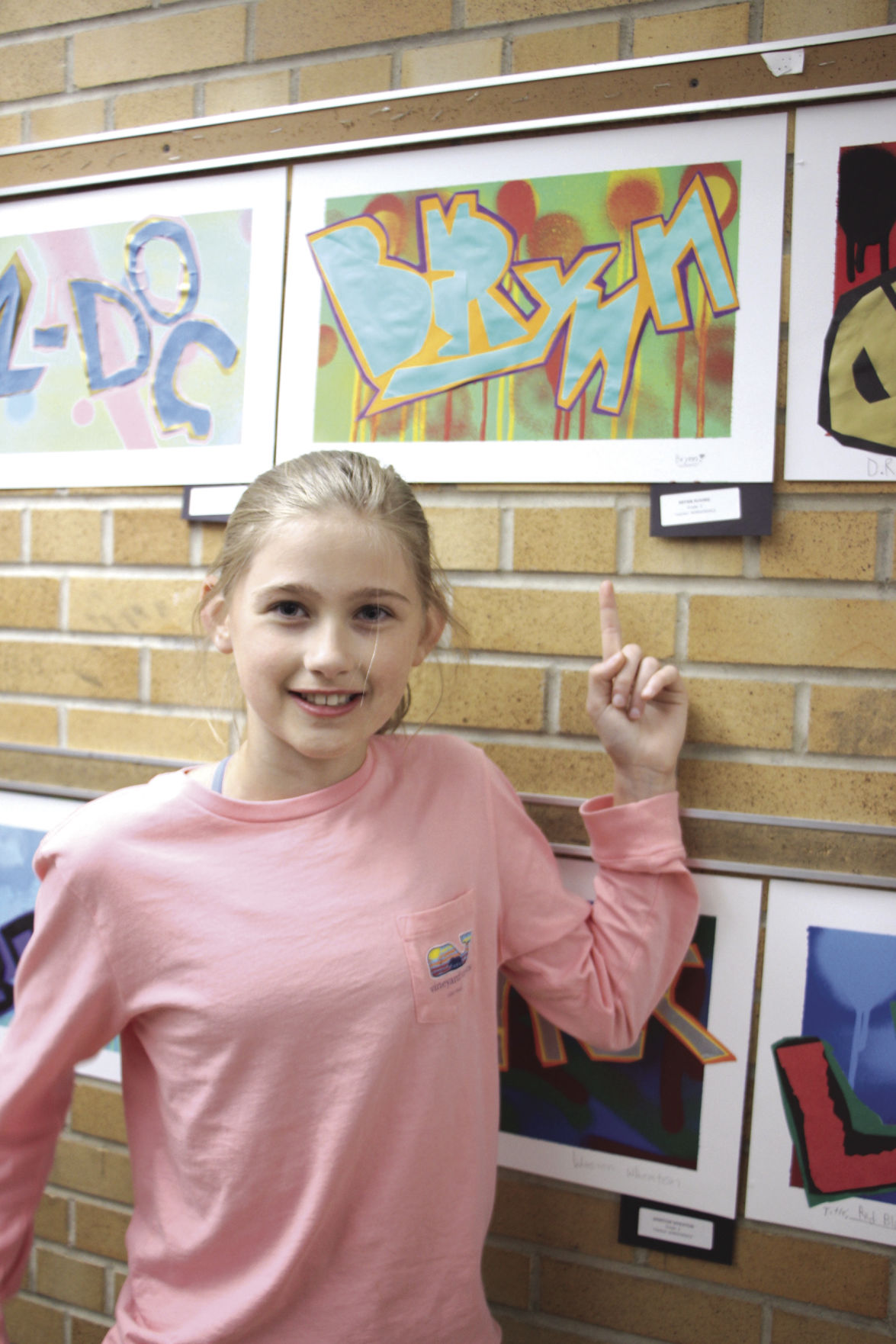 Will van Bergen creates a USA sign in the form of graffiti art.

Deephaven Elementary fifth-graders had a unique art class experience and the opportunity to learn graffiti art from Peyton Scott Russell, a visiting artist and teacher.

Every year, the Deephaven PTA funds guest artist visits with fifth-graders at the elementary school. Art instructor Reid Anderson approached Russell last summer to be a guest instructor at the school. Both are teachers at the Minneapolis Institute of Art.

“There are so many mediums with art and you never know what one is going to stick with the kids. Graffiti art is a unique medium, that kids often don’t get much experience with, and then they see that you can make something cool with it from Peyton,” said Anderson.

Russell is a Twin Cities graffiti artist who has been creating art for more than 30 years. He discovered graffiti art at the age of 14, after viewing the documentary film, “Style Wars.”

He’s the founder and art director of Sprayfinger, which builds partnerships with artists, teachers, business owners, arts organizations, community leaders, parents and students to address and discuss culture, community, expression and the process of graffiti writing as an artistic value.

“Peyton is very passionate about teaching and bringing graffiti art into classrooms, because it can have such a negative connotation, but he sees it as a positive thing,” said Anderson.

“I thought it was interesting that graffiti can be thought of as a form of art,” said Jack Yerhota fifth-grade student. “It’s often looked downed upon as vandalism, but I thought it was super cool to learn that it was more than that and it was fun to learn.”

Russell taught the fifth graders during April. During the first part of the assignment, students created a collage and learned how to design graffiti-like letters that spell out their name or another word.

“During one class period, there isn’t time for me to go through a step-by-step, comprehensive lesson on how to design letters. So I tell students, ‘Grab some scissors and start cutting away ... cut your letters out,’” Russell said. “Whatever they have inside just comes out. It’s just like your own signature, everyone has a unique look and a unique line, and that comes out in students’ work when they don’t have time to overthink it.”

“I liked everything about this project,” said Brynn Rusing, a student. “It was something new, and very different.”

Russell helped the students develop a unique look to their art, often pushing the students to embrace their mistakes in their art.

He said, “I’ll watch what they do right away and then I’ll continue to nurture the first few lines that came out. And then I’ll show them tips and techniques for embellishment, including classic designs, and then the piece really starts taking shape.”

Anderson said that fifth-grade students often get discouraged if something isn’t totally perfect.

“The way Payton teaches this art form through graffiti and collage, cutting with scissors and letting your style come through, has been a big benefit to our kids here because it’s different from the way they are used to working,” he said. “It frees them up a bit. Peyton teaches that what we might think of as a mistake is really a student’s personality showing through. Some of my kids are really taking off with this project, gaining confidence in ways that I haven’t seen all year.”

In the second session, students practiced graffiti-inspired art with a sugar-based, non-toxic aerosol paint. They developed the background art for their creative lettering.

“During the demo, I’m careful not to show too much, as that can influence what they do,” Russell said. “I want them to experiment on their own, because that’s when their original style comes out. Each student has only three to five minutes to create apiece, and most are using aerosol for the first time. It’s raw experimentation. They are looking at each other and seeing what others are doing and really letting their personal feelings come out in their piece. I’ve found that in teaching, I let the students work first. After they get it, then I’ll show them some art books or a video that can be an influence. It’s backward from the way I learned art, but it works so much better.”

“This project was so interesting because you could really do anything from the words to the colors,” said fifth-grader Alexis Roesner, whose project honored her dog who died.

“At this age level, the more they can learn from each other, the better,” Anderson said. “This is what middle school is going to feel like, and what the real world feels like – working alongside and learning from your peers.”

Lyssa Campbell at Minnetonka Schools contributed to this report.