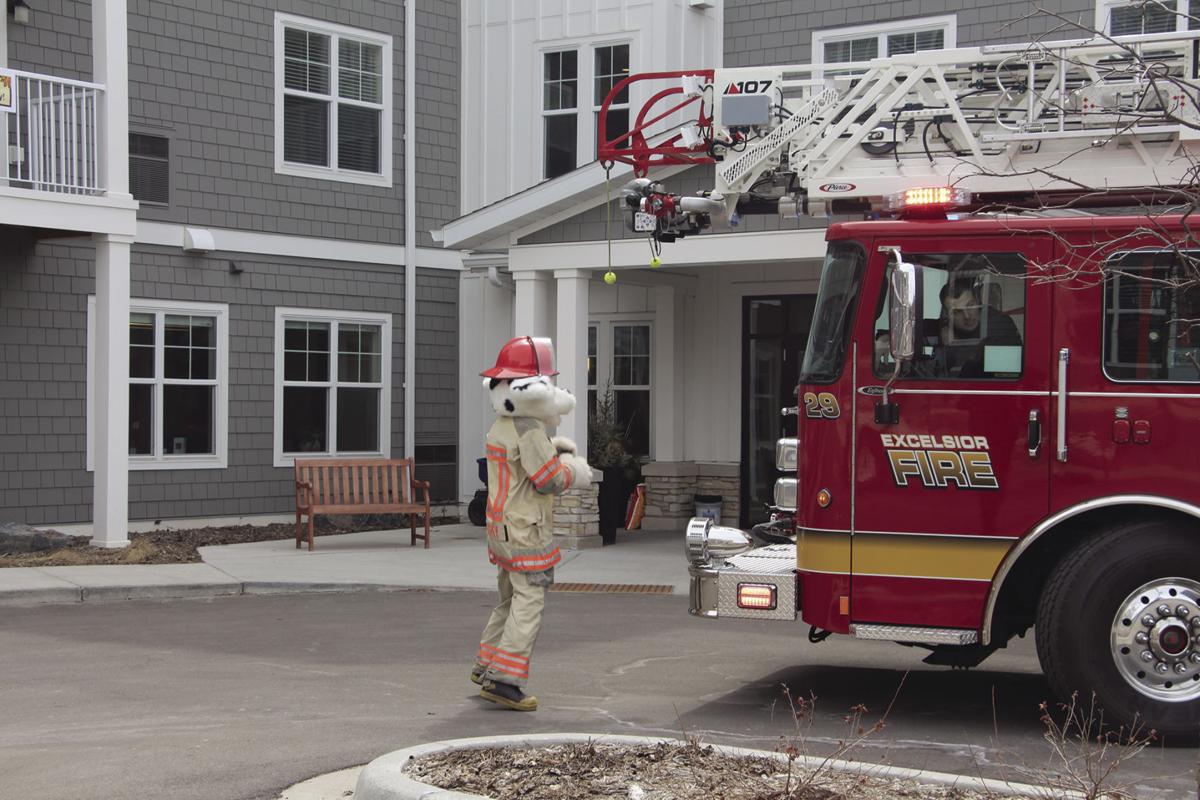 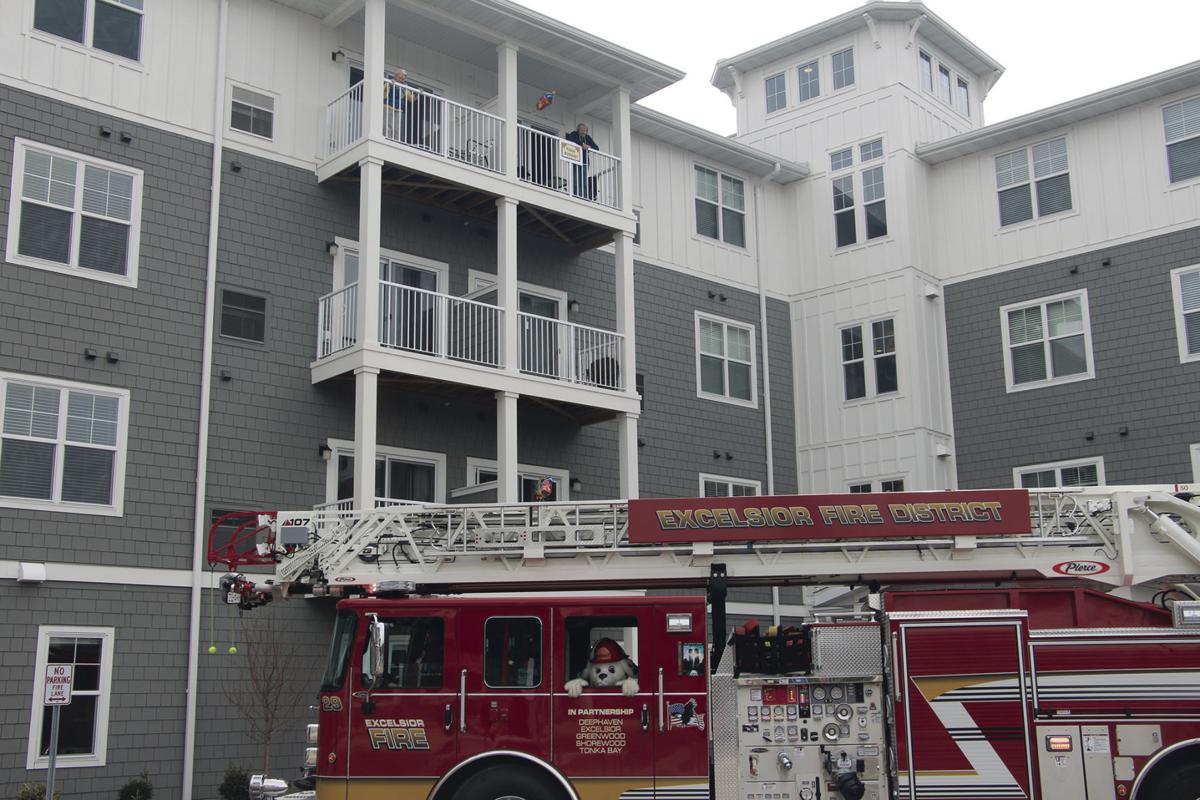 The Waters of Excelsior residents look out at the birthday patrol from their balconies.

The Waters of Excelsior residents look out at the birthday patrol from their balconies.

On the sunny afternoon of April 20, South Lake Minnetonka and Deephaven Police cars and an Excelsior Fire District firetruck lined the parking lot of The Waters of Excelsior senior living facility. On a different occasion, this might be cause for concern. But on that afternoon, it was a welcomed celebration.

The Excelsior Fire and Police Birthday Patrol came to celebrate residents with April birthdays. Those with birthdays stood smiling on their balconies above the lineup of vehicles. Balloons and ‘Happy Birthday!’ signs were hung from their railings.

Joining the police officers and firefighters was “Sparky,” the fire mascot who waved from the Excelsior Fire truck and played with the ball and string attached to the front of the truck.

Rosemary Patterson was one of the residents watching from her balcony. She celebrated her 88th birthday on April 18. She was overwhelmed and couldn’t believe what she was seeing, she said. Even if it wasn’t their birthday, people came out on their balcony to watch, which is good, she said.

“The mascot was really something else,” she said, adding that her favorite part was that the officers and firefighters took time from their jobs to keep them happy.

“It was something I’ll never forget,” Patterson said.

Edy Peterson was brought balloons and a birthday sign to tie on her balcony by Lori Nugent, the facility’s active life manager. Nugent told her to be on her balcony at 12:15 p.m., but didn’t say what it would be for, Peterson said.

Peterson enjoyed seeing the fire and police vehicles and The Waters of Excelsior staff in the parking lot, she said. “It was special that they did that,” she added.

The facility usually throws a birthday party for all the month’s birthdays during happy hour, she said. They sing “Happy Birthday” and serve cake. “But they couldn’t do that of course,” she added. Peterson’s 85th birthday was on April 12, which was Easter Sunday.

Sandra Dostal, an Excelsior Fire District firefighter, is coordinating the patrol. She saw that other area fire departments advertising the idea and thought it was perfect, she said.

Staff at The Waters of Excelsior came to Dostal. Residents haven’t had visitors for around 40 days, she said. She knew that they had to go celebrate these residents. “They need some cheer,” she said.

“It was just uplifting to help them realize people are there for them and we always will be,” Dostal said.

The firefighters try to play happy music on the public address system half a block from the house and prep the parents to keep it a surprise in case an emergency comes up, she said. When they do the birthday rides on the weekend around 15 to 18 children are out in the yard cheering, screaming and clapping.

At one of the houses a little boy was sobbing, but quickly overcame his tears. She thought he was afraid of “Sparky.” When the boy’s mom told her those were tears of joy, “that just made me tear up,” she said.

On one of the weekend rides she had a chief and a captain with her that were so bubbly, they drove up and down Water Street in Excelsior playing happy music. Dostal’s daughter told her she saw people dancing on the street.

“It just creates a whole happy environment in the whole neighborhood,” Dostal said.

These events bring welcomed happiness to the firefighters, she said, adding “volunteering during times like this can be stressful.” Every firefighter who’s assisted on a birthday patrol has said what a joy it’s been to see kids so ecstatic, she said.