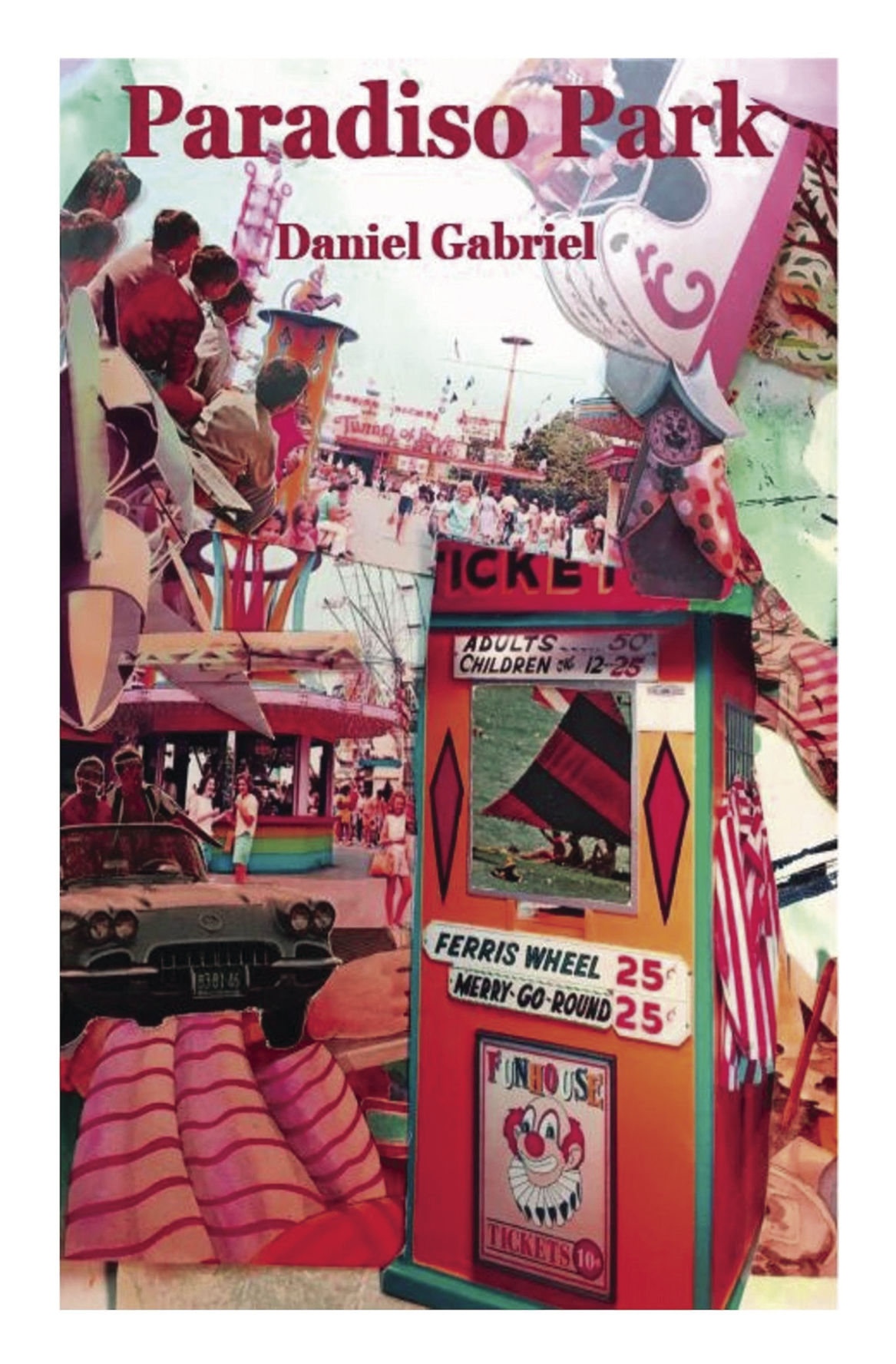 ‘Paradiso Park’ “a paean to the whole landscape of Excelsior in the Sixties,” Daniel Gabriel said. (Submitted Photos) 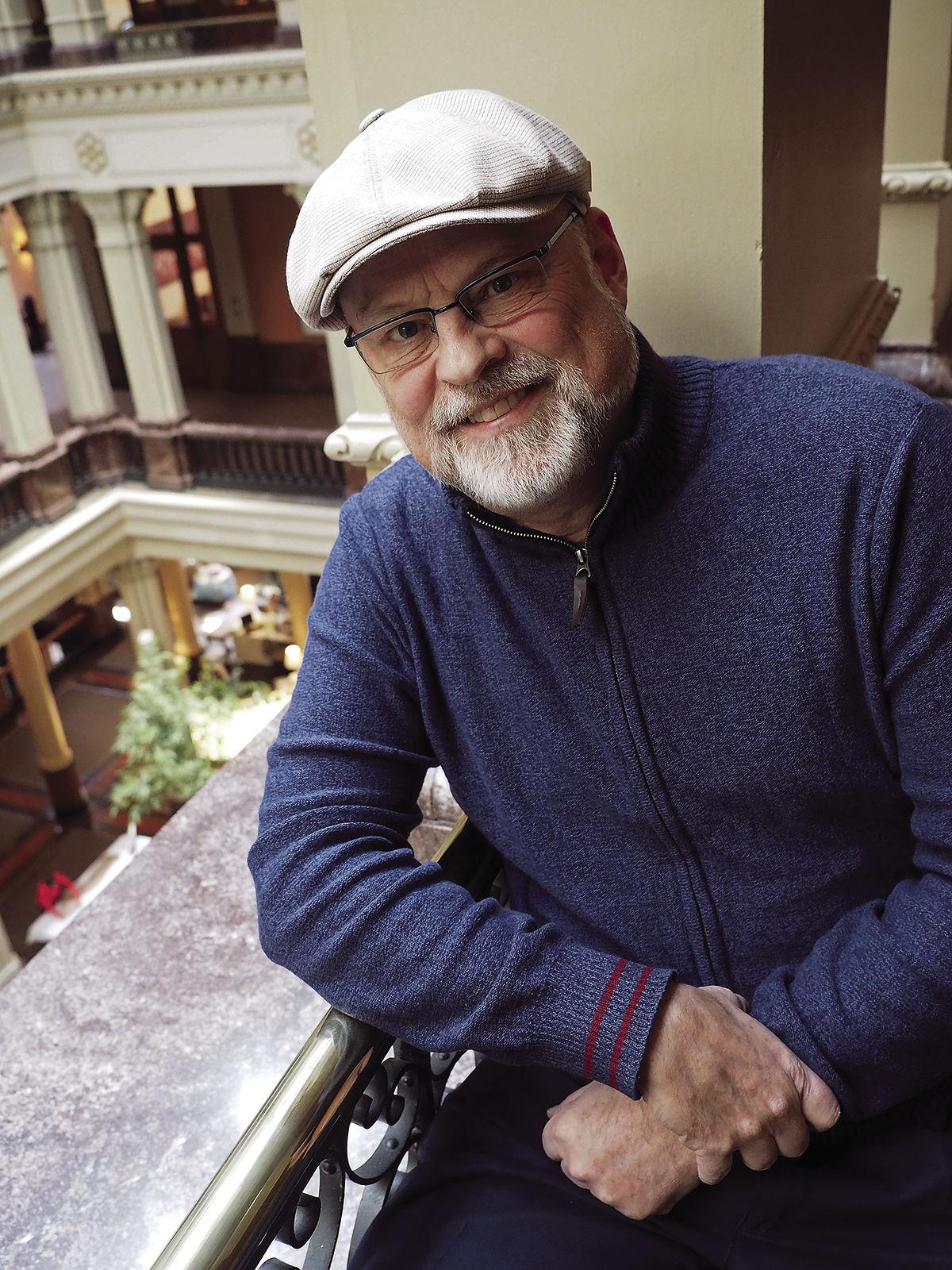 Daniel Gabriel, the author who grew up in Excelsior.

‘Paradiso Park’ “a paean to the whole landscape of Excelsior in the Sixties,” Daniel Gabriel said. (Submitted Photos)

Daniel Gabriel, the author who grew up in Excelsior.

‘Paradiso Park’ is Daniel Gabriel’s fifth published book. He now resides in the Midway neighborhood of St. Paul, but grew up in Excelsior. The novel could be cast as a coming-of-age story told by the narrator, Gabe Sykes, Gabriel said.

Gabriel has three other books of adult literary fiction published by various small presses. “Twice a False Messiah” is a novel, “Tales from the Tinker’s Dam” and “Wrestling with Angels” are story collections. He also self-published a middle-grade novel “Season on the Edge,” which is set in Excelsior in 1963, he said. The name isn’t used and everything is fictionalized, “but if you were a local ballplayer from those days, you will know this terrain,” he added.

“Paradiso Park” follows the misadventures of some young teens in the mid-sixties as they navigate junior high “and life exploding out in front of them,” he said.

“It’s also a paean to the whole landscape of Excelsior in the Sixties. The Commons, the Amusement Park, Danceland – these are iconic spots that lure and transfigure the characters,” Gabriel said.

The Sun Sailor had a conversation with the author on his latest book.

Sailor: How did you realize you wanted to be a writer?

Gabriel: I grew up as an avid reader, burning through the books at my school and local libraries, and surrounded by thousands and thousands of heaped books at home. I read all sorts, but my favorites were adventure stories, and I told myself that when I grew up, I was going to go off and have adventures and then come back and write them down.

Sailor: You grew up near the Excelsior Amusement Park, in what ways does ‘Paradiso Park’ resemble it?

Gabriel: Paradiso Park itself spills over many of the settings in the book, with adventures on the rides, in the party room and the Fun House, and off on the edges where few people are watching. While closely modeled on the historic Excelsior Park, not every detail is “as it was.” No mention of the old drag car track; the Bees get transformed into the Airplanes, and so on.

Sailor: Can readers expect to recognize some of the locations in the novel?

Gabriel: Some of the locations are very recognizable even today (the Commons, in particular), and to those lucky enough to have had firsthand experience back in the day, I’m sure the scenes will come alive in their minds. Remember, though, this is a fictional landscape, molded at times into something that never existed in just that fashion.

Sailor: Do you put yourself into any of the characters? If so, in what ways?

Gabriel: The story is told in the first person, by a kid named “Gabe,” so the reader should be in no doubt whose game I’m playing. Many pieces of the action are based on actual occurrences, but usually, they are twisted and re-combined in fictional ways. Very reality-based, but changed when needed to serve the story.

Sailor: What do you want your readers to take away from ‘Paradiso Park’?

Gabriel: The village of Excelsior in the 1960s was a hotbed of teen dreams and bone-rattling tests of nerve. I’d like to drop the reader back in those days and let them try to figure out their own way through, as the story unfolds. I also try to lay bare the internal struggles of figuring out who one intends to be in life – and how to get there. Sections of the book focus around school days, street hustles, the working life, faith exploration and the exhilarating high (however temporary) of first romance.

Sailor: Where can people find a copy?

Gabriel: All my books are for sale via PayPal on my website: danielgabriel.us. Just click the title icon on any book. I’ve also been getting some mail orders. For that, send a $17 check (to Daniel Gabriel) to Lakeshore Press/East, 1205 Hague Ave., St. Paul MN 55104.

Sailor: What are you doing when you’re not writing?

Gabriel: For many years, I was statewide director of arts programming for COMPAS, in St. Paul. Since retiring, Judith (my wife) and I have been continuing our lifelong exploration of the world. If we’re not actually traveling, we’re planning for the next trip. Last fall, we spent several weeks in the Caucasus Mountains (Georgia, Armenia, Azerbaijan), but who knows when next we can leave the nest?