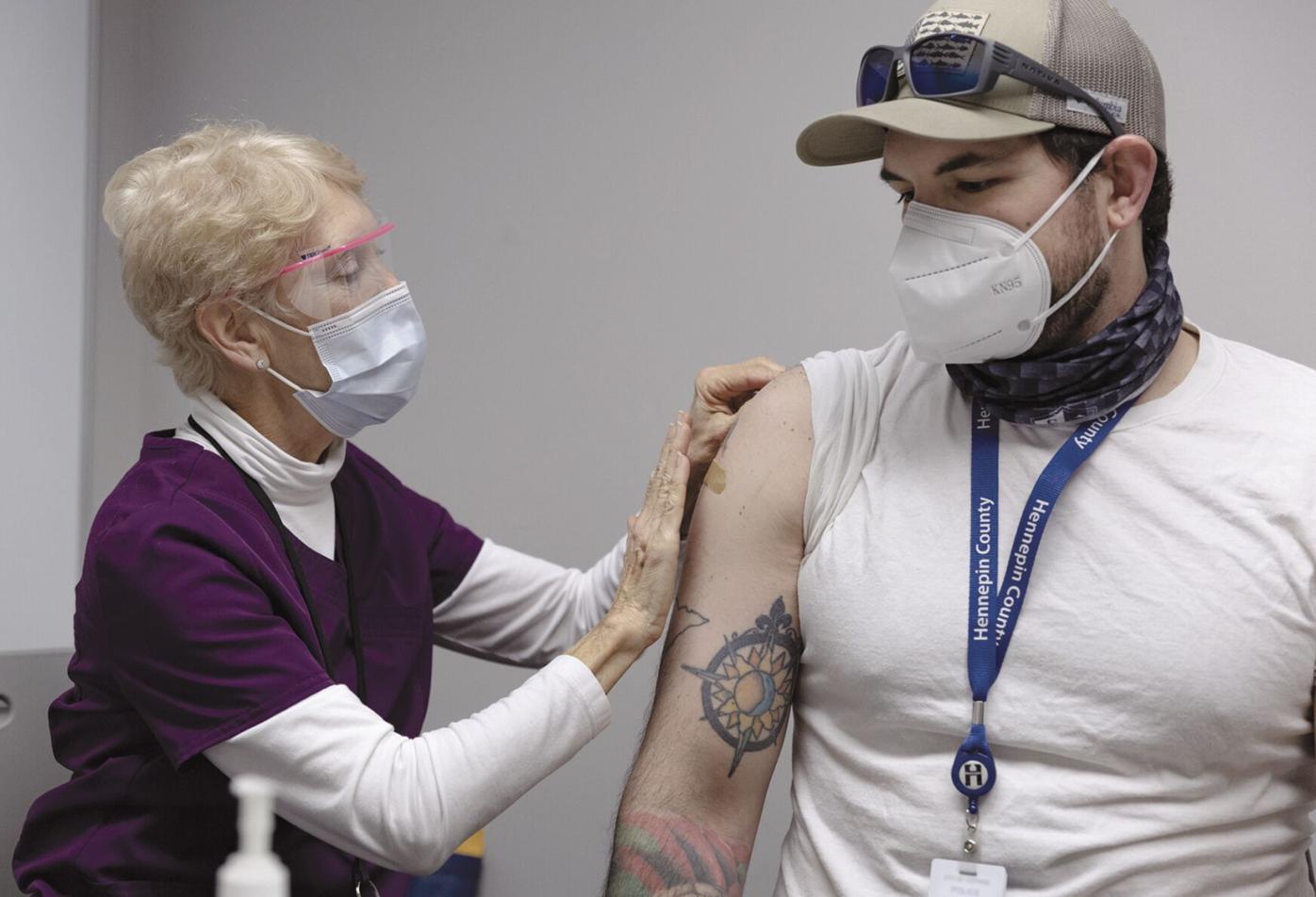 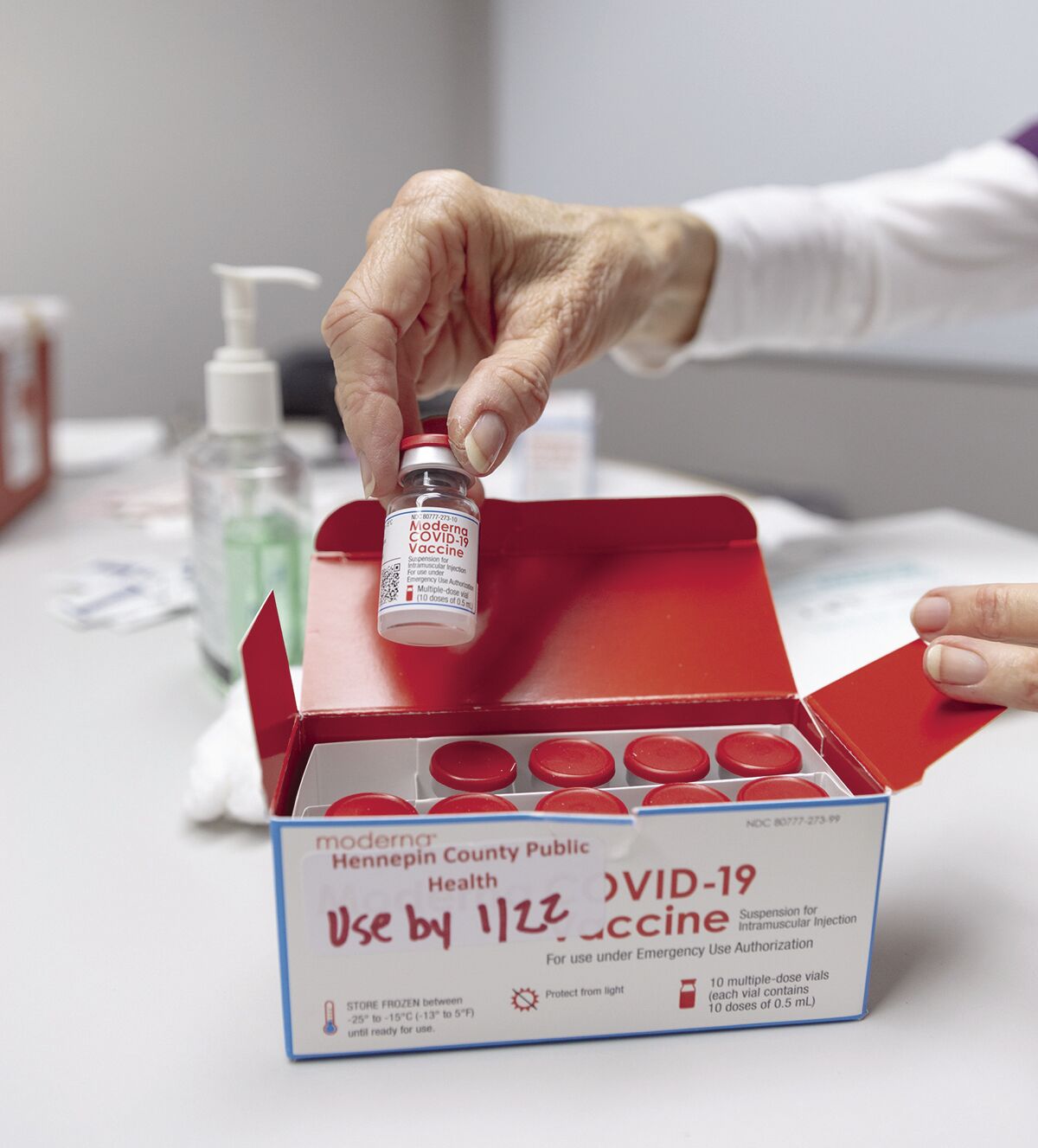 A dose of the Moderna COVID-19 vaccine that was distributed during Jan. 7 vaccination clinic.

Majority plan to get the vaccine, but some have reservations

Seventy-five percent of Eden Prairie residents responding to a recent survey focused on the COVID-19 vaccine said they will receive the dose as soon as it’s available.

That was illustrated in a survey the city offered through POLCO, a third-party vendor the municipality frequently utilizes in surveying residents on a number of timely issues. About 2,400 people responded.

“This survey was generated by our vendor to help us gain insights into resident opinions and feelings about COVID-19 vaccinations,” said Katie Bengston, Eden Prairie’s senior communications coordinator.

City officials have been watching the results, which were released in a Jan. 26 report.

Mayor Ron Case said, “I’m optimistic that everyone will enthusiastically want to be vaccinated. Hopefully, the flood of information coming at us daily from federal, state, and county sources, not to mention news organizations and social media, will convince people that it is in their best interests and the interests of society as a whole to get people vaccinated.”

But not all respondents have been so positive.

At the time the survey results were released, 3% of respondents had already received their first dose.

For those deciding not to receive the vaccine, the reasons varied.

Following are some of the reasons that respondents gave for not planning to get vaccinated:

• 313 were concerned about the side effects.

• 230 said they wanted to see what happens to others.

• 55 had already tested positive, so they didn’t think they needed the vaccine.

• 30 felt the process had been rushed.

• 20 were concerned whether the vaccine is effective.

The survey also asked respondents to indicate how they might be convinced to receive the vaccine.

These respondents said they could be convinced if:

• The trials were proven to be adequate and not rushed (179).

• The vaccine was developed in America (50).

• Friends and family were getting vaccinated (40).

• Political figures and celebrities chose to get vaccinated (21).

Forty-two said that with an incentive, such as a government stimulus check or tax credits, they might be convinced.

Since Eden Prairie doesn’t have a city health department, the task falls to Hennepin County.

Lori Imsdahl, Hennepin County Public Health communications specialist, said the county has not completed a survey about the vaccine, but the department continues its efforts to educate residents about it as information becomes available.

“For example, we have answers to common vaccine questions we’re hearing from the community online, including translated versions.”

Answers to frequently asked questions are available at trimurl.co/EMFzt6.

As of late last week, nearly 600,000 Minnesotans had received at least one vaccine dose and just over 177,000 had completed a course of two shots.

Imsdahl said the state continues vaccinating those qualifying for the first round of doses.

In addition to asking respondents to speak for themselves, the survey also included questions about children in the community.

Of those responding, 49% had children under the age of 18 living in their household, while 51% did not.

Of those with children, 71% said they would either “very likely” or “somewhat likely” have their children vaccinated.

Twenty-five percent said it was “somewhat unlikely” or “very unlikely” their children would be vaccinated.

There was also a question about the government’s role in the distribution of the vaccine:

• 50% said the government should encourage vaccinations but also require them as needed to create herd immunity.

• 36% said the government should encourage vaccinations but not require them.

• 12% said the government should have no role in encouraging vaccinations.

To learn more about the survey, including the demographics of respondents, visit trimurl.co/RL6VCv.

Bengston said the point of the survey was to identify gaps in information.

“It is our hope that we will gain insights as to what misinformation or lack of information may exist in our community, or among various populations we serve,” she said. “Once we have that information, we can better partner with the county and better serve our residents.”

To learn more about the vaccination progress in Hennepin County, visit trimurl.co/muKA76. Statewide information is available at trimurl.co/CwdeGB.