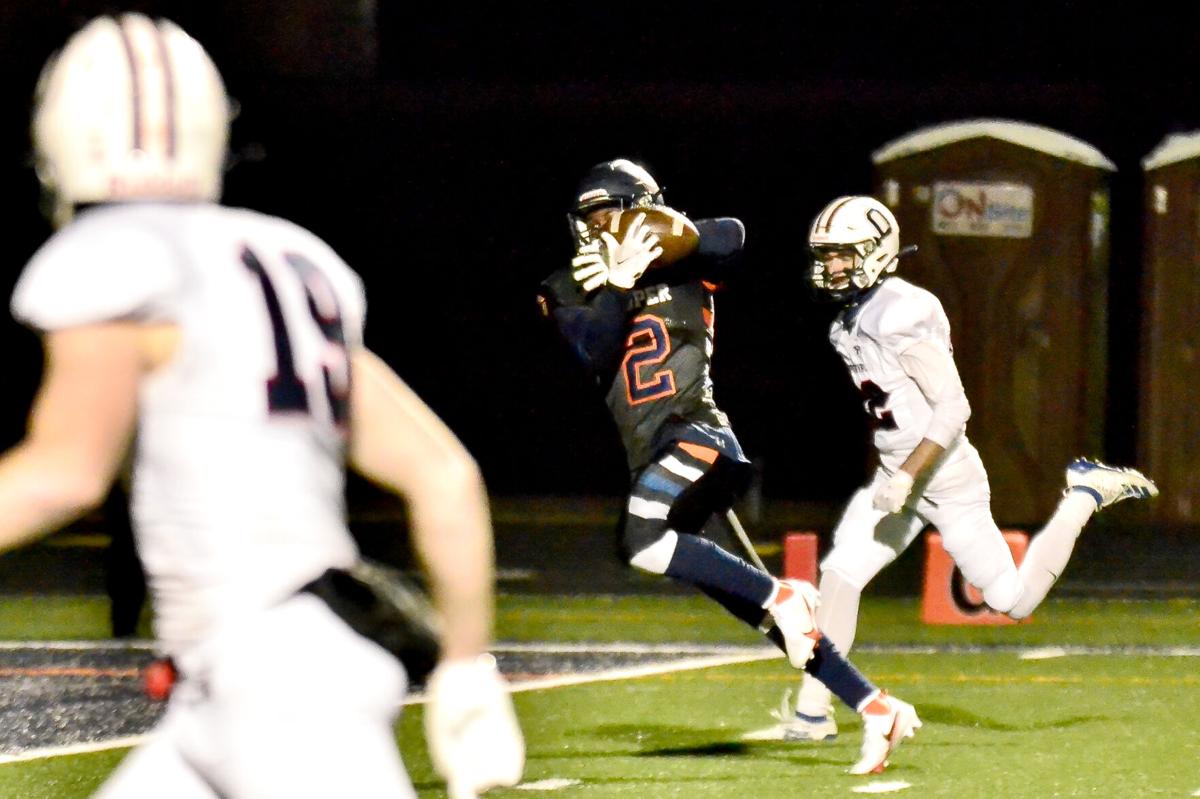 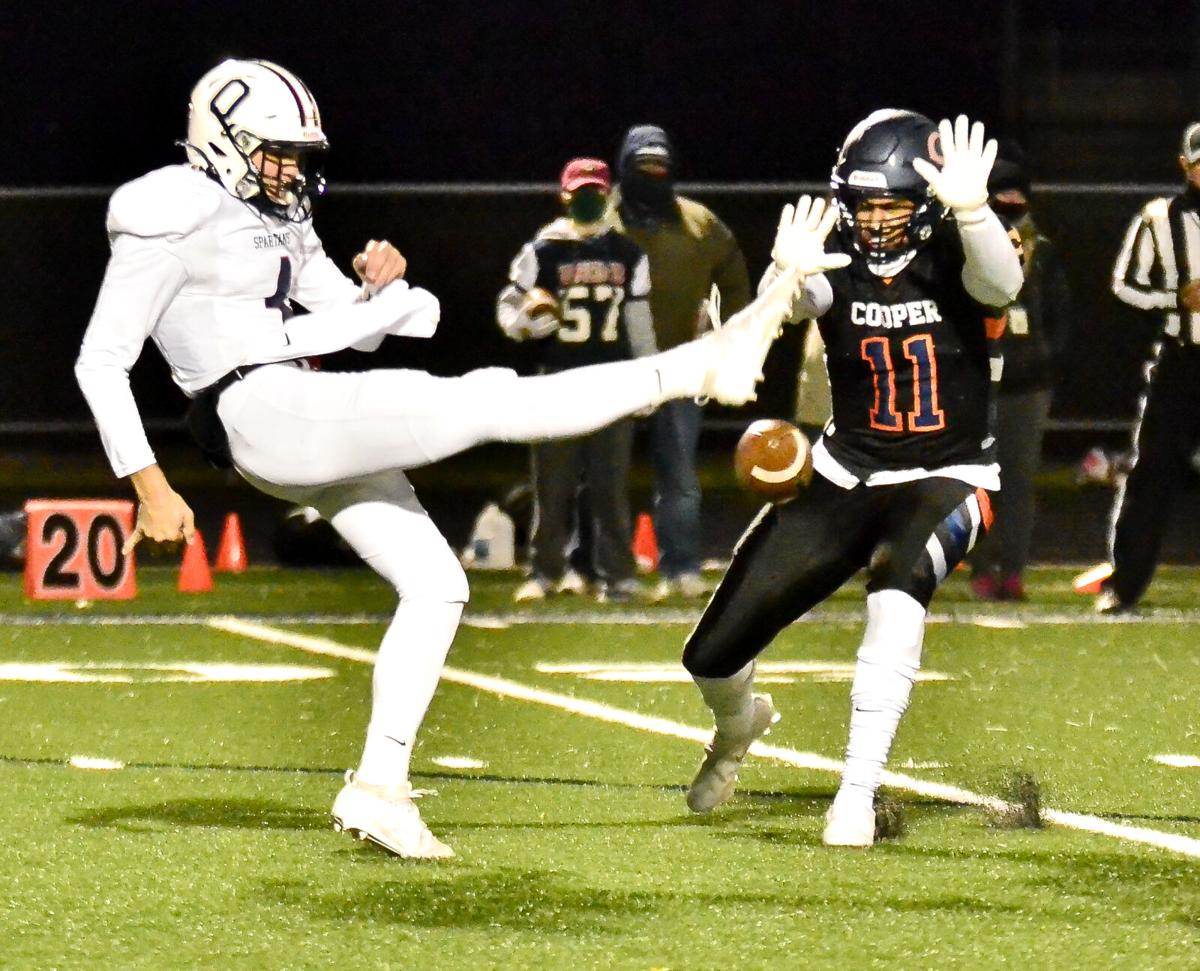 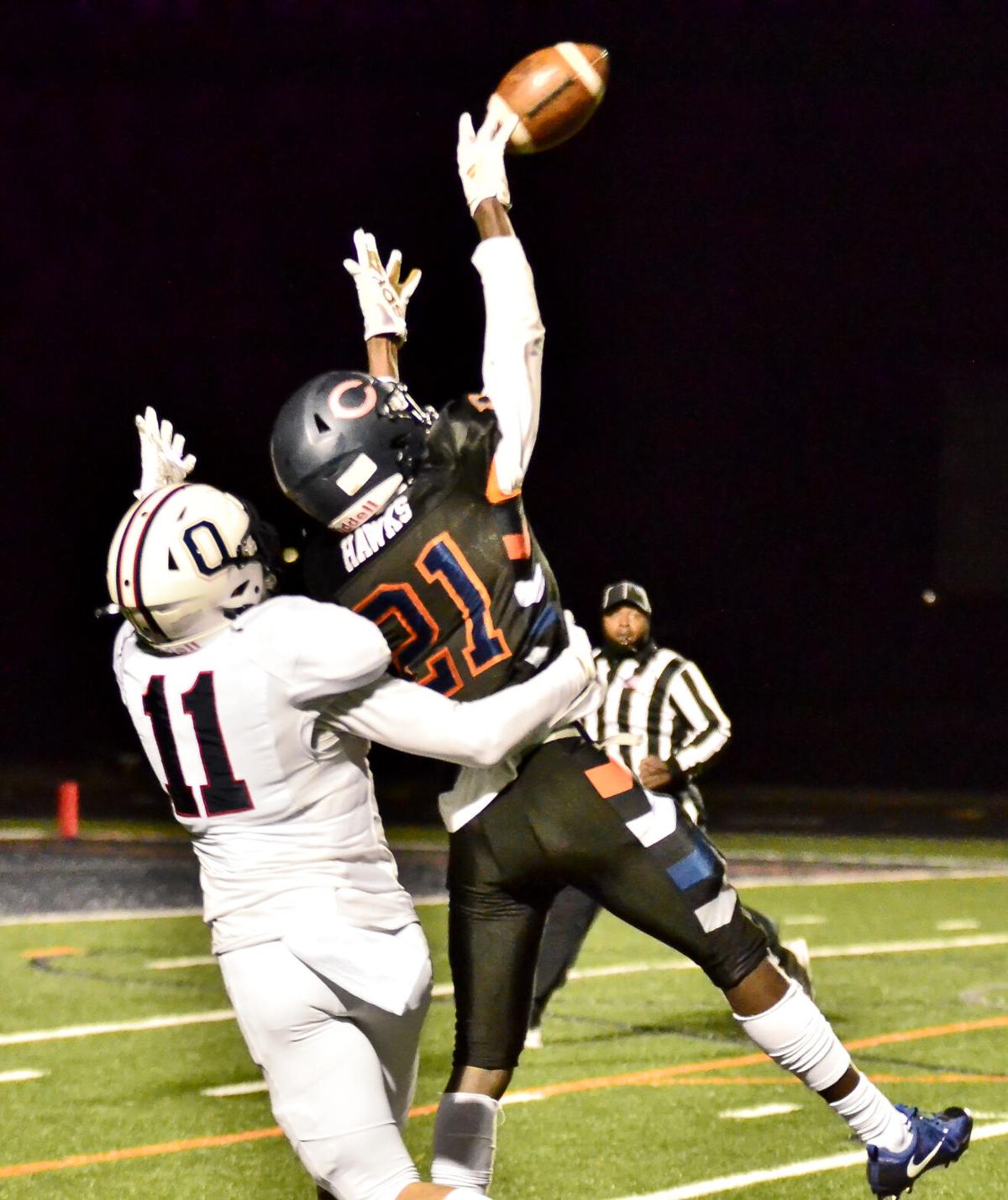 Cooper sophomore defensive back Christopher Blabuh breaks up a pass in the second quarter Oct. 16 against Orono. 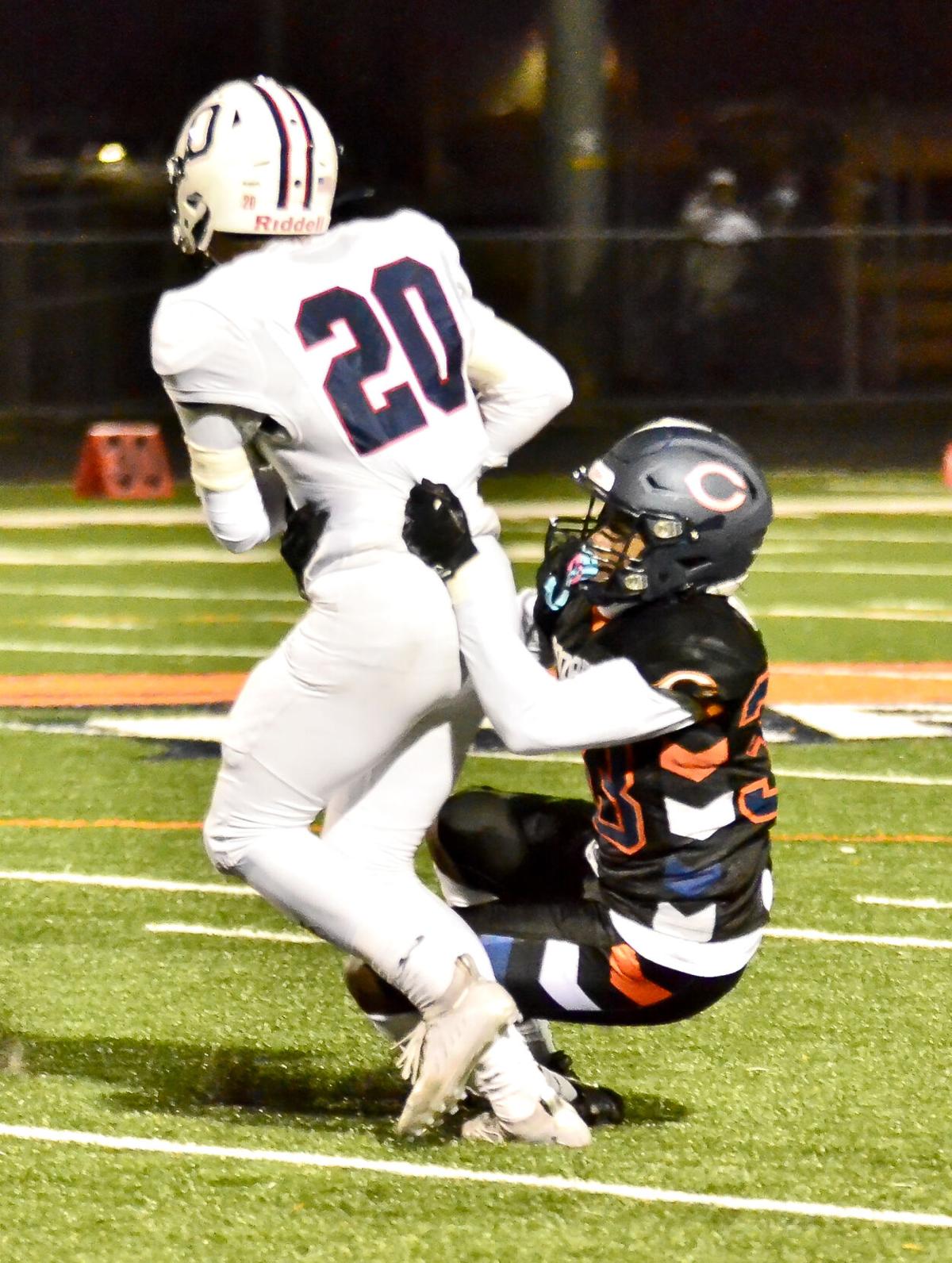 Cooper sophomore defensive back Christopher Blabuh breaks up a pass in the second quarter Oct. 16 against Orono.

Cooper football was held scoreless through three quarters before scoring twice in the fourth quarter Oct. 16 in a week 2 matchup with Class 4A sixth-ranked Orono.

But the comeback was halted after a trick play led to a late Orono touchdown as the Class 5A eighth-ranked and host Hawks fell 22-13.

Trailing 15-0 at the end of the third, Cooper was having its best drive of the game.

Junior quarterback Joe Russell had 30- and 12-yard completions to senior wide receiver Broderick Powell, and Russell also hit sophomore wide receiver Keith Pierro on a 28-yard pass to get the Hawks to the Orono 14-yard line.

Russell finished the drive on the first play of the fourth quarter, rolling out to his right and rushing 17 yards to the end zone. A two-point conversion play failed, though, and Cooper still trailed 15-6.

Junior middle linebacker Joshua Gonleh made a tackle for a loss on the next Orono drive to force a punt, and the Hawks got the ball right back. A blocked punt gave Cooper a first-and-10 on the Orono 24.

Russell rewarded the defense on the second play of the new drive with a 28-yard touchdown pass to Powell on a deep post route. After the extra point, the Hawks were down 15-13 with eight minutes to go.

It looked like the defense was primed to get the ball back after forcing a third-and-10 with four minutes to go on Orono’s own 35-yard line.

But the Spartans decided to run a trick play with senior quarterback Teddy Deters handing the ball off to senior wide receiver Graham Bertrand. Bertrand ran to the right of the field and turned to pass.

Senior wide receiver Noah Arneson came open on a deep post, and Bertrand hit Arneson in stride. Arneson took the ball to the end zone on a 65-yard touchdown to make it 22-13.

Bertrand later picked off a pass by Russell to seal the game for Orono.

Both teams made it hard to score throughout the game.

But turnovers weren’t kind to Cooper either. Russell threw an interception in the first half, and junior running back Camden Royal was stripped of the ball on a lost fumble.

Still, Orono was held to just a 24-yard field goal by Jack Kalman to take a 3-0 lead to halftime.

The turnovers continued into the third as Royal lost a third fumble, but the Spartans also made a couple of close first-down plays on the ensuing drive to lead to their first touchdown.

Junior running back Aidan Mueller converted a fourth-and-1, and Mueller later scored a 4-yard touchdown on a fourth-and-1. The extra point was blocked, but Orono was now up 9-0 with 3:54 left in the third.

Cooper followed with a three-and-out, but the big blow came on a high snap that went over the punter’s head. That gave Orono the ball on the Hawks’ 4-yard line again.

Mueller ran in the touchdown again, but a two-point conversion pass failed as the Spartans were up 15-0.

Russell finished 12-for-23 with 175 yards, a touchdown and two interceptions. He also rushed twice for 21 yards and a touchdown.

Junior wide receiver Donte’ Williams had four receptions for 49 yards, and Powell caught five passes for 82 yards and a touchdown.