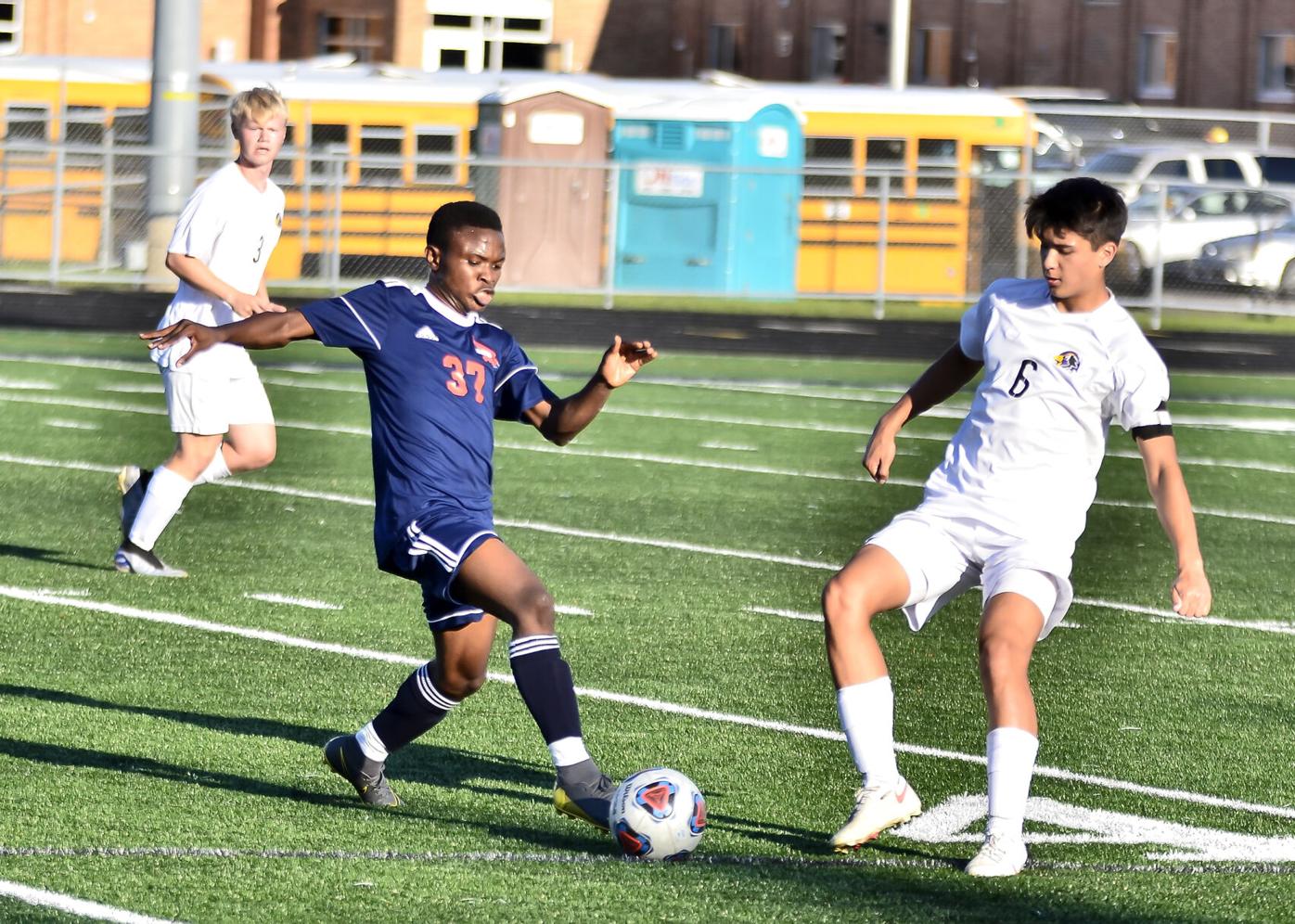 Cooper sophomore forward Shadrick Tamba battles for possession near the midfield Aug. 31 in a Metro West Conference game against Chaska. 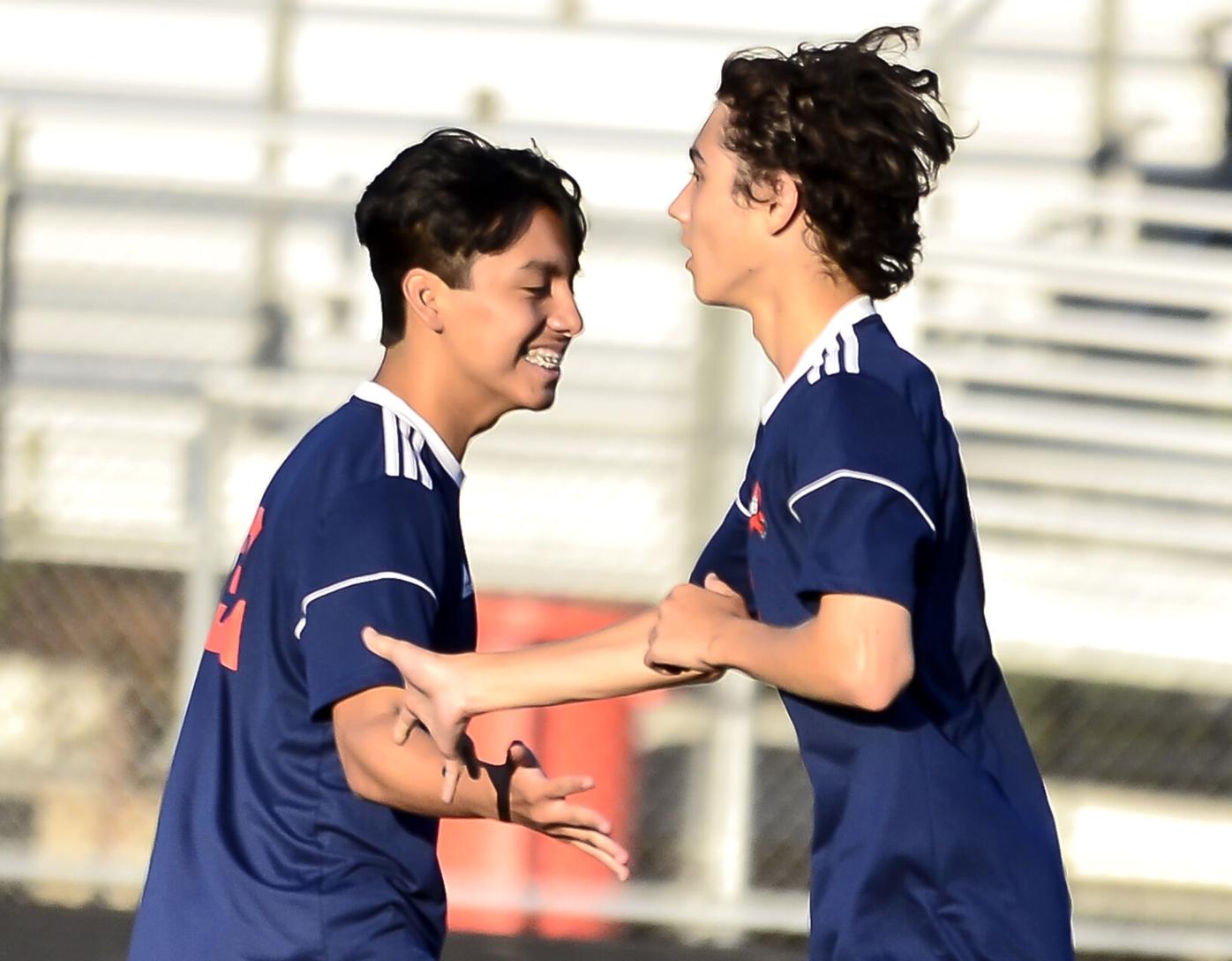 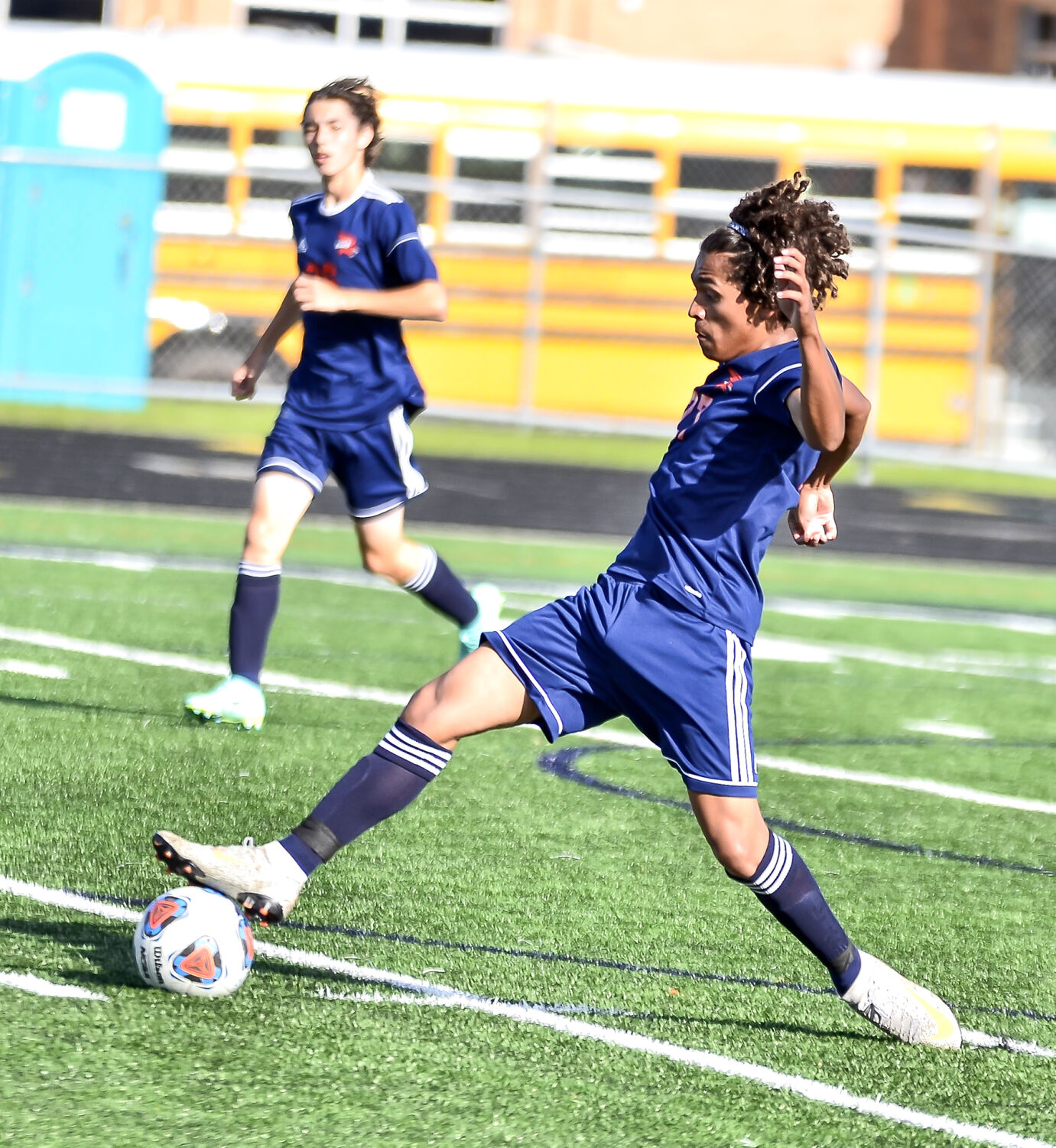 Cooper junior defenseman Saymon Simons stretches to gain possession in the first half Aug. 31 in a Metro West Conference game against Chaska. 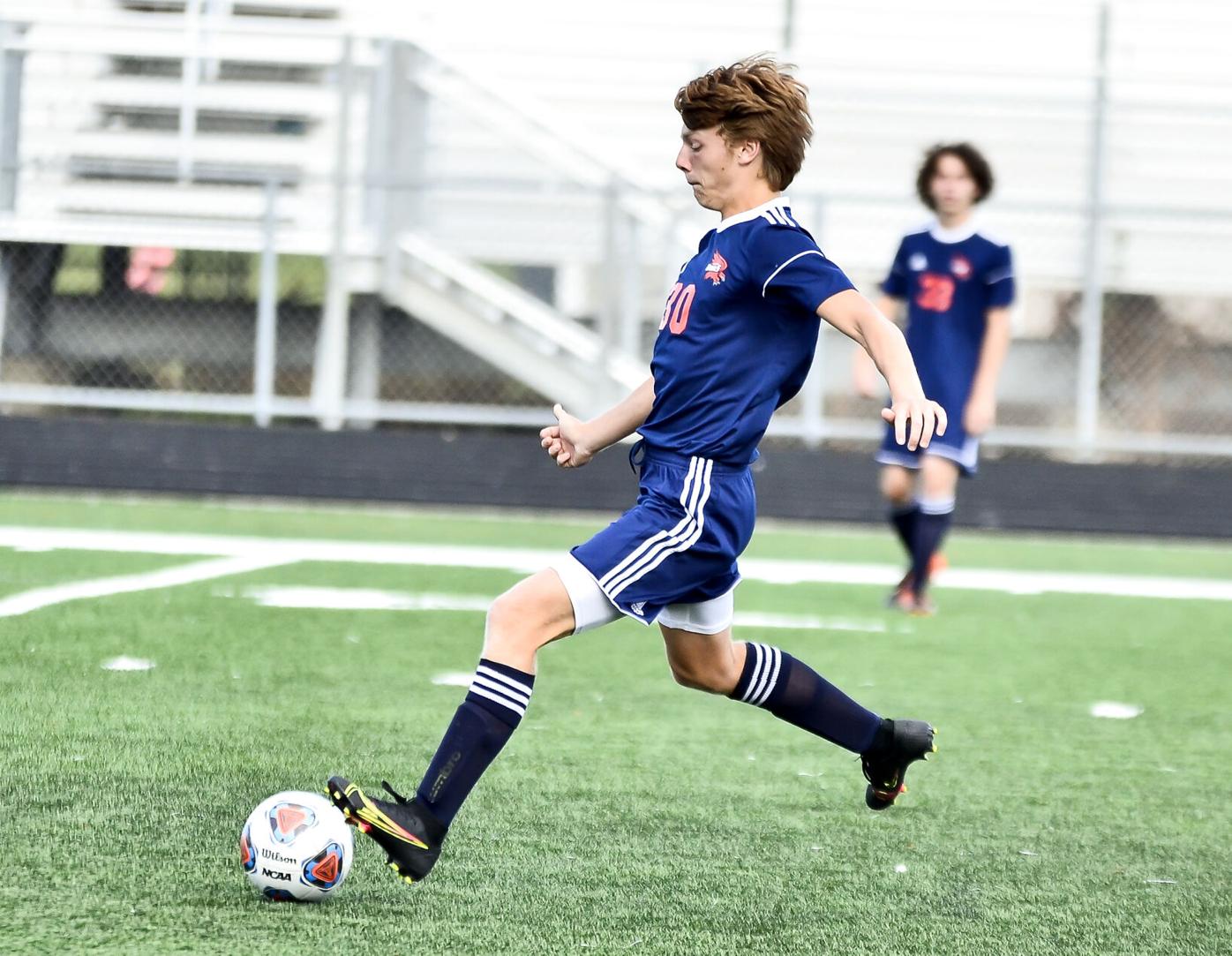 Cooper senior defenseman Johnny Engwall gets to a ball to clear it out of the backfield before a collision took him out of the game Aug. 31 in a Metro West Conference game against Chaska.

Cooper sophomore forward Shadrick Tamba battles for possession near the midfield Aug. 31 in a Metro West Conference game against Chaska.

Cooper junior defenseman Saymon Simons stretches to gain possession in the first half Aug. 31 in a Metro West Conference game against Chaska.

Cooper senior defenseman Johnny Engwall gets to a ball to clear it out of the backfield before a collision took him out of the game Aug. 31 in a Metro West Conference game against Chaska.

Cooper boys soccer is off to one of its best starts since coach Kent Getchell took over the program in 2016.

And the wins are coming despite a few players not being back and the team only having a few players who compete at summer soccer clubs.

That is something that Getchell said was kind of a shock to see so early.

“These guys have done a really good job since last week – starting to speed the game up, have better touches and being more consistent on the ball,” he said. “We are always trying to play the extraordinary, and I keep telling them I would rather have just average, just to be consistent.”

The 1-0 win over Chaska was the perfect example of the team playing simple with a a sequence that led to a penalty kick.

Junior midfielder Ean Bjorback was able to knock the PK goal into the lower right of the net for the lone goal.

“We have the potential to be a really strong team,” Getchell said. “We were 0-16 last year. I am ecstatic right now. It is awesome to see that we are doing so well in this part of the season.”

One thing that does help is experience on the back line. A lot of the good play against Chaska started in the back with several potential spots for counters that just missed connecting.

Senior defenseman Jack Gruel and Johnny Engwall are two of the players who played summer soccer.

Bjorback did as well and was able to move into the sweeper position after Engwall had to come out for precautionary reasons after a head collision with another player.

“Our back line for the most part played summer soccer, and we are reaping the benefits of that right now,” Getchell said.

Possession is also better than last season, especially in the midfield.

Getchell said that there were too many long balls out of the back third in 2020, and led to turnovers in the midfield.

But in three games in 2021, the mentality is to play short, control the ball and move it from the defensive third to the middle third without losing it.

“That’s a fun way of playing, and it gets people engaged in the game,” Getchell said. “And they get touches on the ball, which for us is incredibly important.”

Senior goalie Jayden Hove also made some key saves in the win over Chaska.

And the big thing is that it took five or six games in 2020 for Hove and either Engwall or Bjorback to communicate and understand how they can play together in the back.

They are figuring out each other’s playing styles very early on in 2021.

“Playing well and winning is so much more rewarding than playing poorly and winning,” Getchell said. “They know they are playing well. They know everybody’s contributing. I mean, how can you not be happy for these kids? It’s fantastic.”

After so many down seasons, Getchell said that getting to .500 or better would be a monumental step forward for a program that while trending up in numbers since Getchell got here, still has just 60 players compared to Wayzata with over 130 kids in the program.

And playing simple will allow Cooper to remain competitive against some of the teams in the Metro West Conference and in the 6AAA section.

Getchell said that if the Hawks can get into the middle of the bracket, the goal is to be competitive with teams like Hopkins and Minneapolis South.