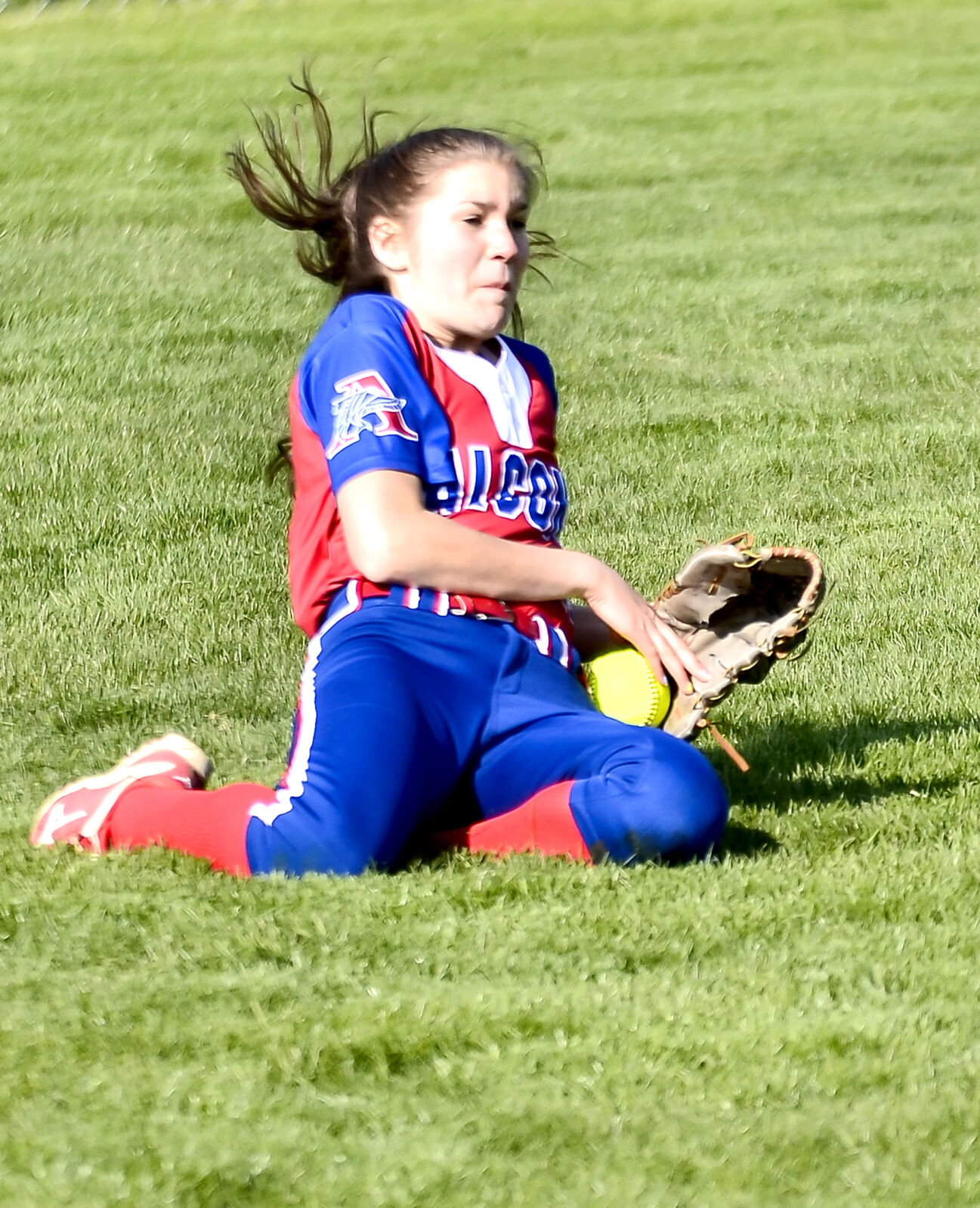 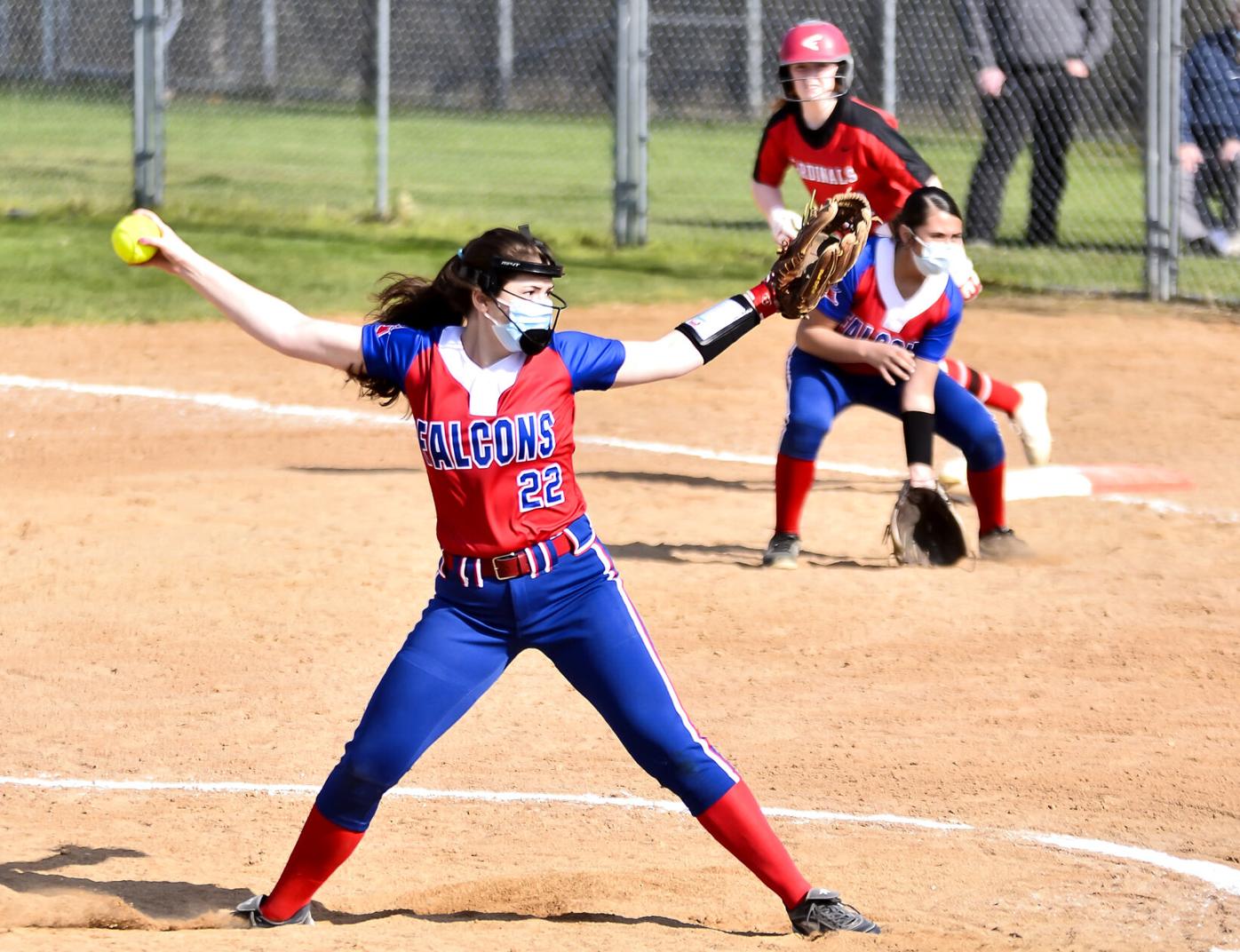 Armstrong junior Paige Loidolt winds up before a pitch April 22 against Coon Rapids. 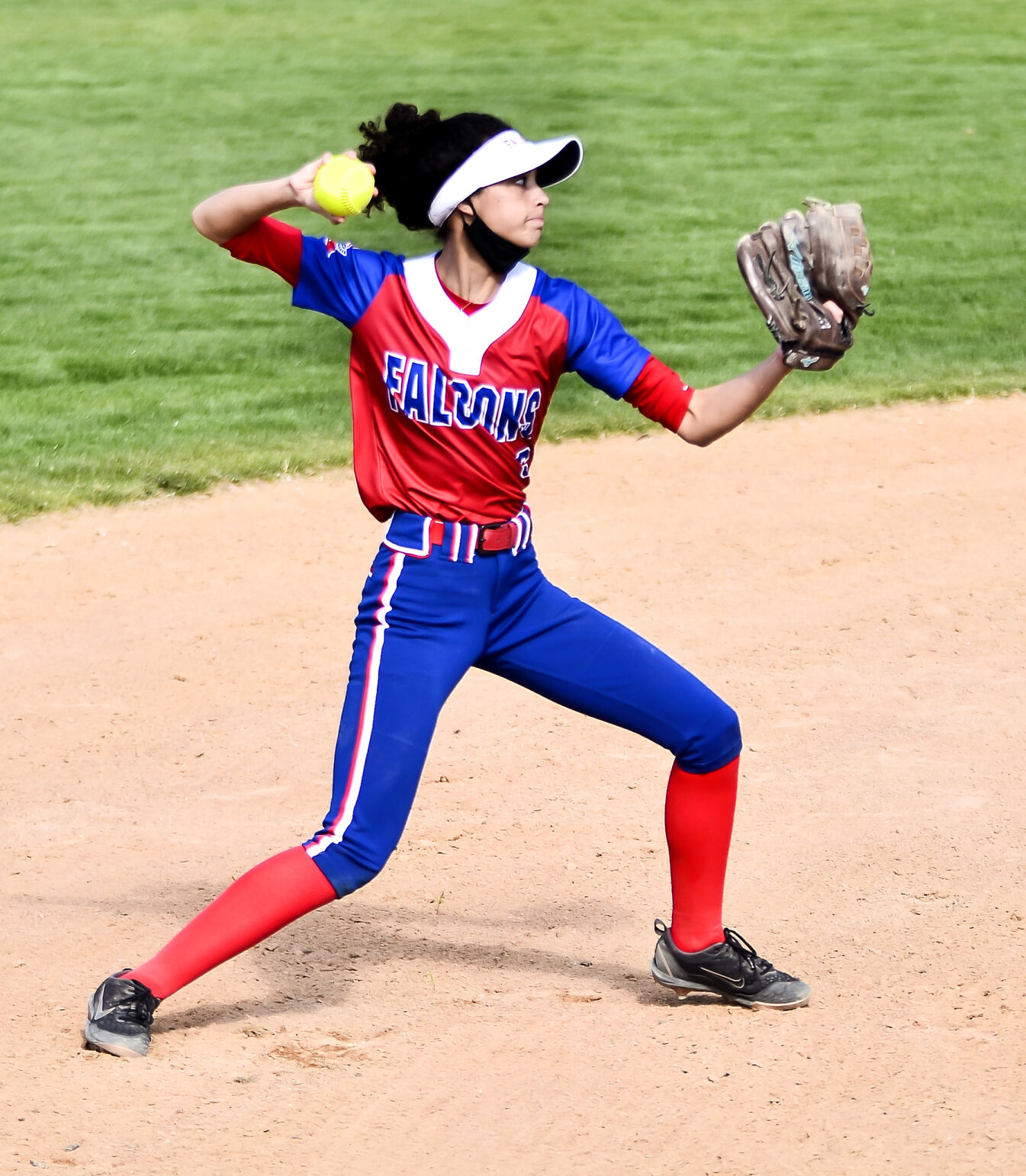 Armstrong senior Isabella Jacobson throws to first from shortstop April 22 against Coon Rapids. Jacobson had a double, a run scored and an RBI in a 12-2 loss.

Armstrong junior Paige Loidolt winds up before a pitch April 22 against Coon Rapids.

Armstrong senior Isabella Jacobson throws to first from shortstop April 22 against Coon Rapids. Jacobson had a double, a run scored and an RBI in a 12-2 loss.

Armstrong softball allowed seven runs in the first inning April 22 against Coon Rapids, and the Falcons weren’t able to recover in a 12-2 loss.

Junior Paige Loidolt and Lauren Jones did most of the offensive damage in a 12-2 loss in five innings at Blaine April 20.

Jones singled in the top of the second and advanced to second on a sacrifice bunt. Loidolt followed with a double to right-center field on a 3-2 count to bring Jones home for a 1-0 lead.

Jones later walked to lead off the top of the fourth, and she would once again score on an RBI single by Loidolt on another 3-2 count.

It was a tough start on April 22 against Coon Rapids in a 12-2 loss in six innings.

After two quick outs, Ryanne Mellum roped a home run to left field, and it opened up the floodgates.

Jaidann Gale followed with a line drive to center field that was dropped, allowing three runs to score to make it 5-0.

After Regan Hack and Leah Nummela walked, Gabby Olson hit a 2-run single to right field to make it 7-0.

The Cardinals added runs in the third, fourth and fifth and two more in the sixth.

The Falcons scored in the fourth and fifth innings.

Senior Isabella Jacobson doubled to lead off the fourth, and she later scored.

Jacobson also knocked home Loidolt in the fifth on a blooper to center field on a 3-2 count with two outs.

Armstrong softball is one of several teams that lost the ability to compete in 2020 due to the COVID-19 pandemic, and that also prematurely en…