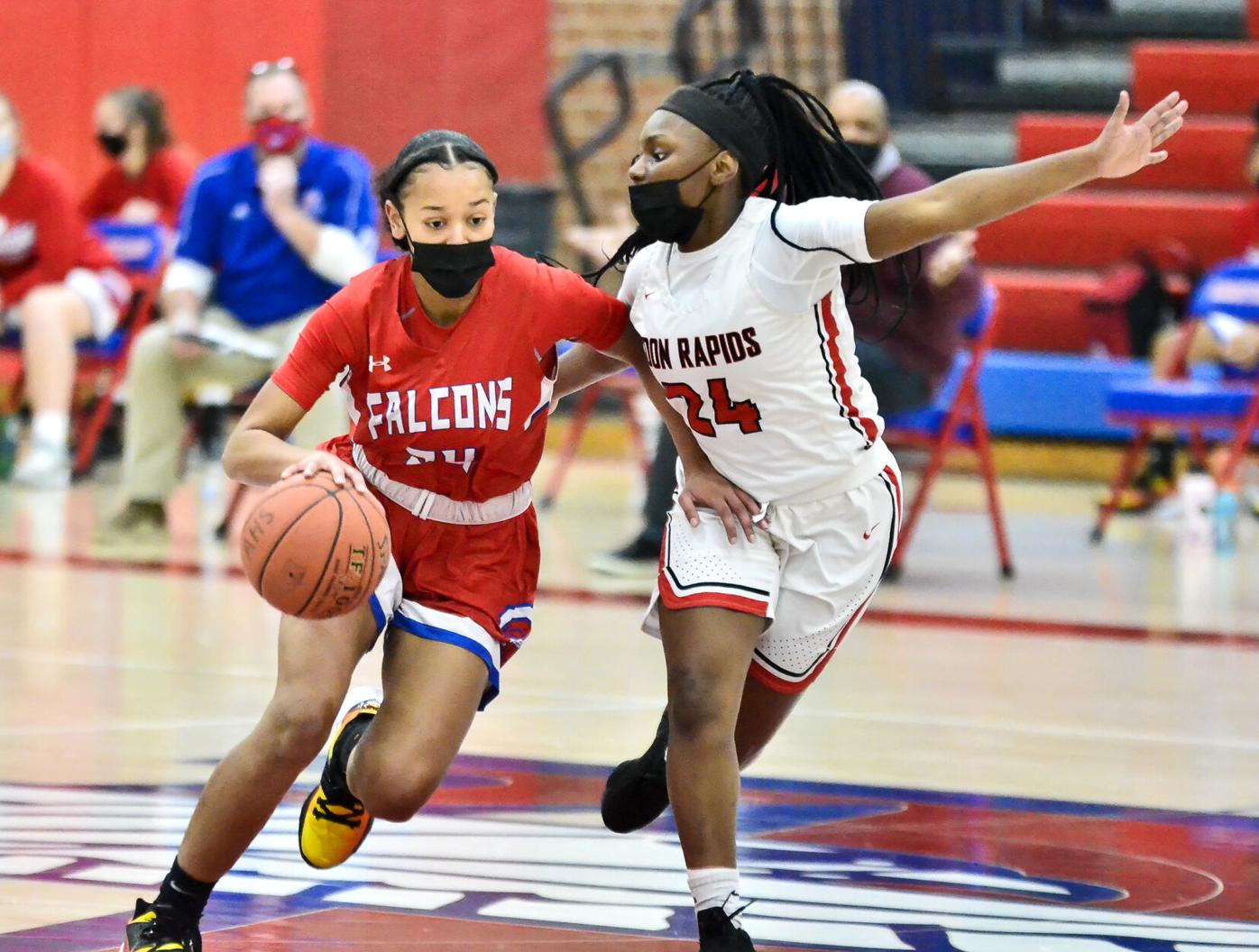 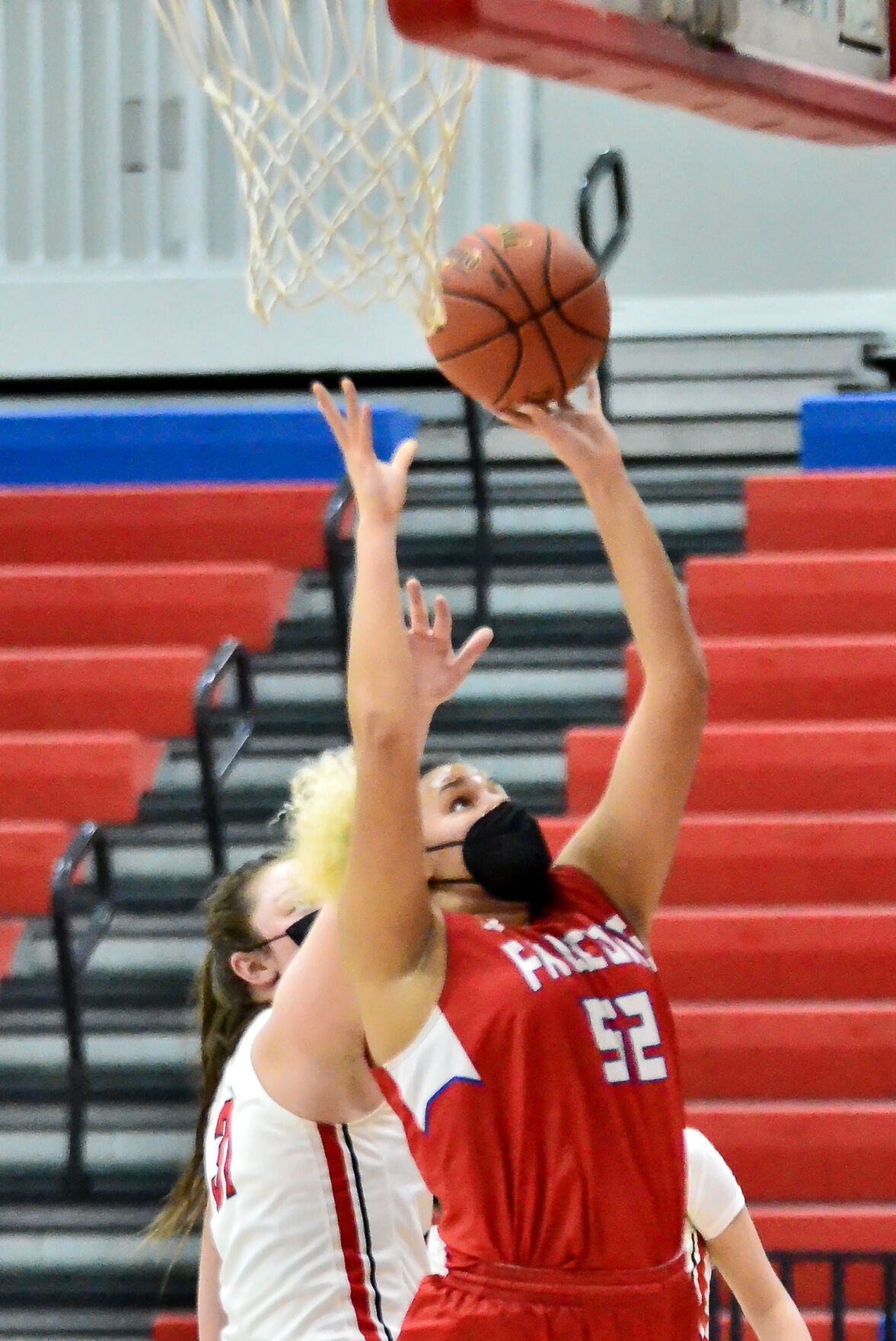 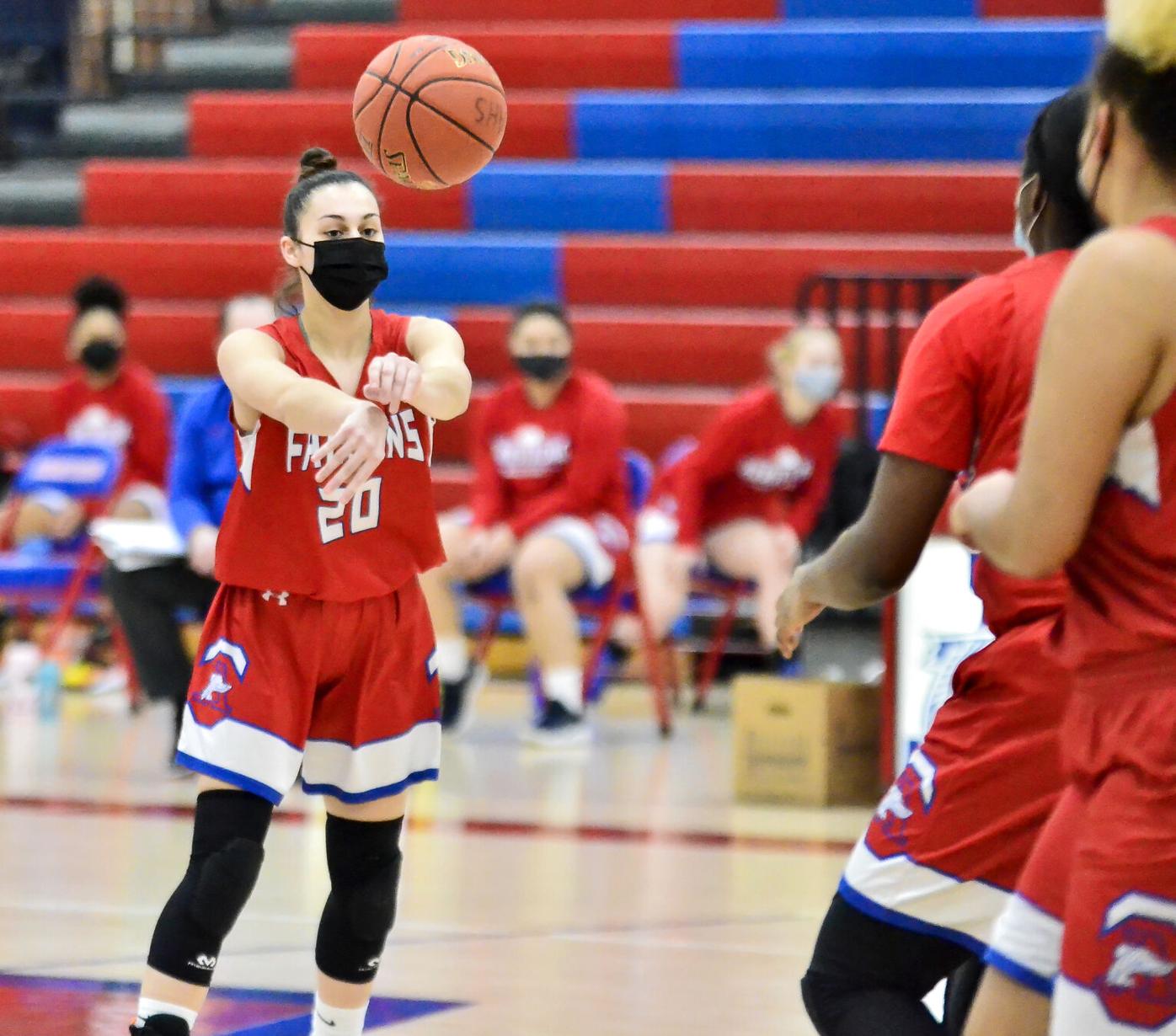 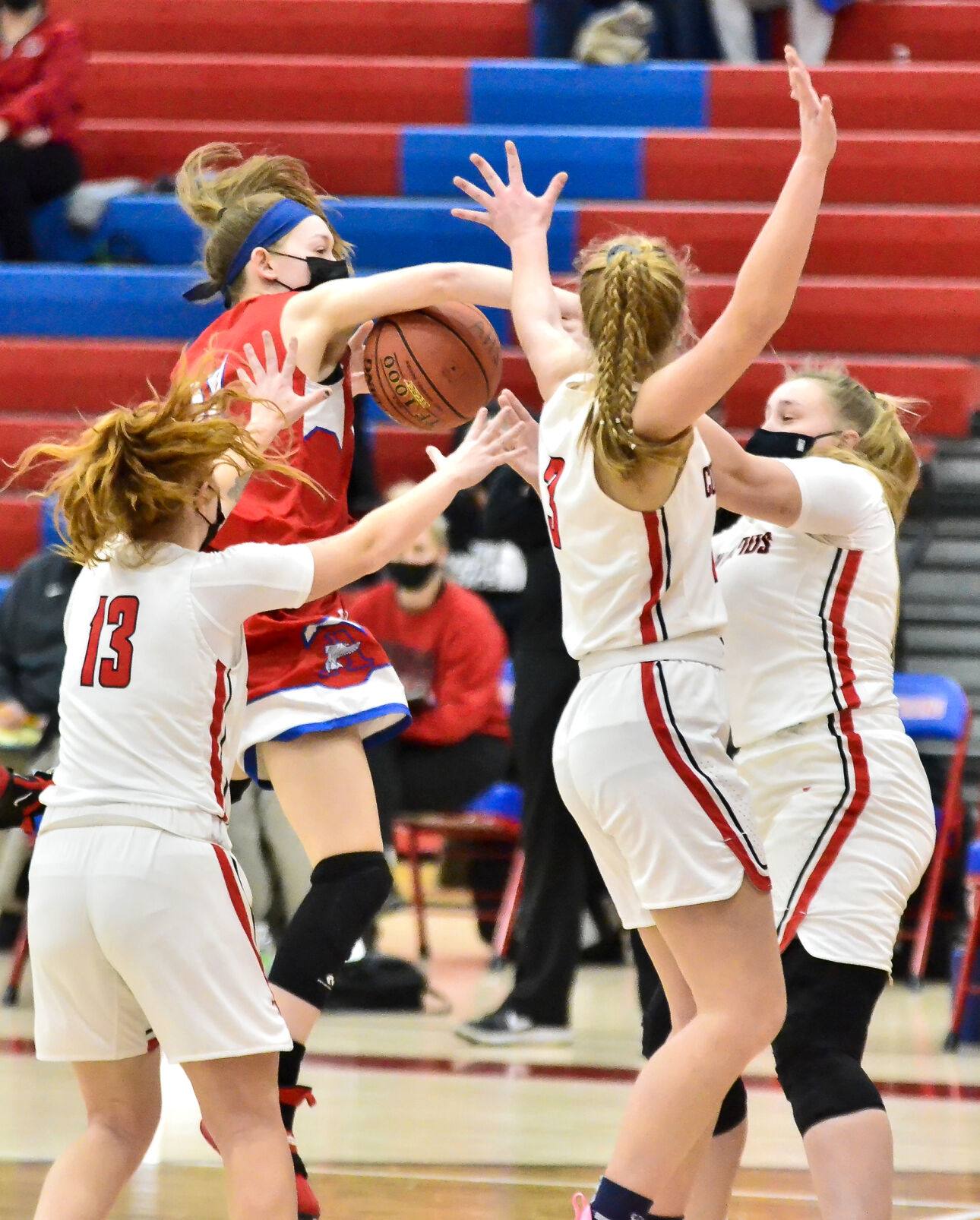 Armstrong sophomore guard Jenna Hamann fights to keep control of a loose ball in the first half Feb. 5 against Coon Rapids at Robbinsdale Armstrong High School.

Armstrong sophomore guard Jenna Hamann fights to keep control of a loose ball in the first half Feb. 5 against Coon Rapids at Robbinsdale Armstrong High School.

And the schedule doesn’t get any easier.

Armstrong led 24-21 at halftime against the Cardinals, but the two teams swapped baskets a few times until Coon Rapids jumped out to a 50-45 with under four minutes to go.

Senior forward Lillian Wright cut the deficit with a 3-pointer, and senior forward Ephemian Bailey added a basket inside on a pass by sophomore guard Karlee Fisher that tied the game at 50-50.

Wright later knocked down another 3-pointer that gave Armstrong the lead for the first time since early in the second half, and Fisher hit one of two free throws to make it 54-52.

Coon Rapids retook the lead with 58.1 seconds to go on a 3-pointer by senior guard Rowan Thom, but Wright added another basket and one of two free throws to make it 57-55 Falcons with 19.3 seconds to go.

Senior forward Nicole Post tied the game at 57-57 with just over a second to go, however, and the game went to overtime.

Overtime was not kind to Armstrong, which was outscored 10-1. The only point came on a free throw by Wright after she picked off a pass with 12 seconds to go. Wright ended up with 10 points.

The second McGowan basket was followed by a 3-pointer by Fisher on a kick out by senior forward Stella Hanson that made it 13-8, but Coon Rapids once again tied the game with a basket by senior guard Beni Kalala and a 3-pointer by Thom.

Fisher did knock down another 3-pointer, and Bailey, McGowan and Parsons added baskets to make it 22-15. Fisher finished with a team-high 19 points, eight rebounds and three assists.

The lead remained at seven after sophomore guard Jenna Hamann found McGowan inside for another basket, but senior forward Ella Giorgi and senior guard Kate Syverson both scored before halftime to get the Cardinals’ back to within three, 24-21.

Giorgi also hit a 3-pointer to start the second half, and junior forward Jenny Ntambwe scored 12 of her 18 points in the second half and overtime to help Coon Rapids.

Post also had 14 of her 16 points in the second half, and Syverson, Giorgi and Thom finished with 10, nine and eight points, respectively.

Fisher had 21 points, eight rebounds, four steals and three assists, and Bailey added nine points, five rebounds and five blocks. But McGowan was held to a season-low three points, though she did have 13 rebounds.

Armstrong girls basketball is expected to return all but a few players from last season’s team, and two sophomores look to be some of the top …