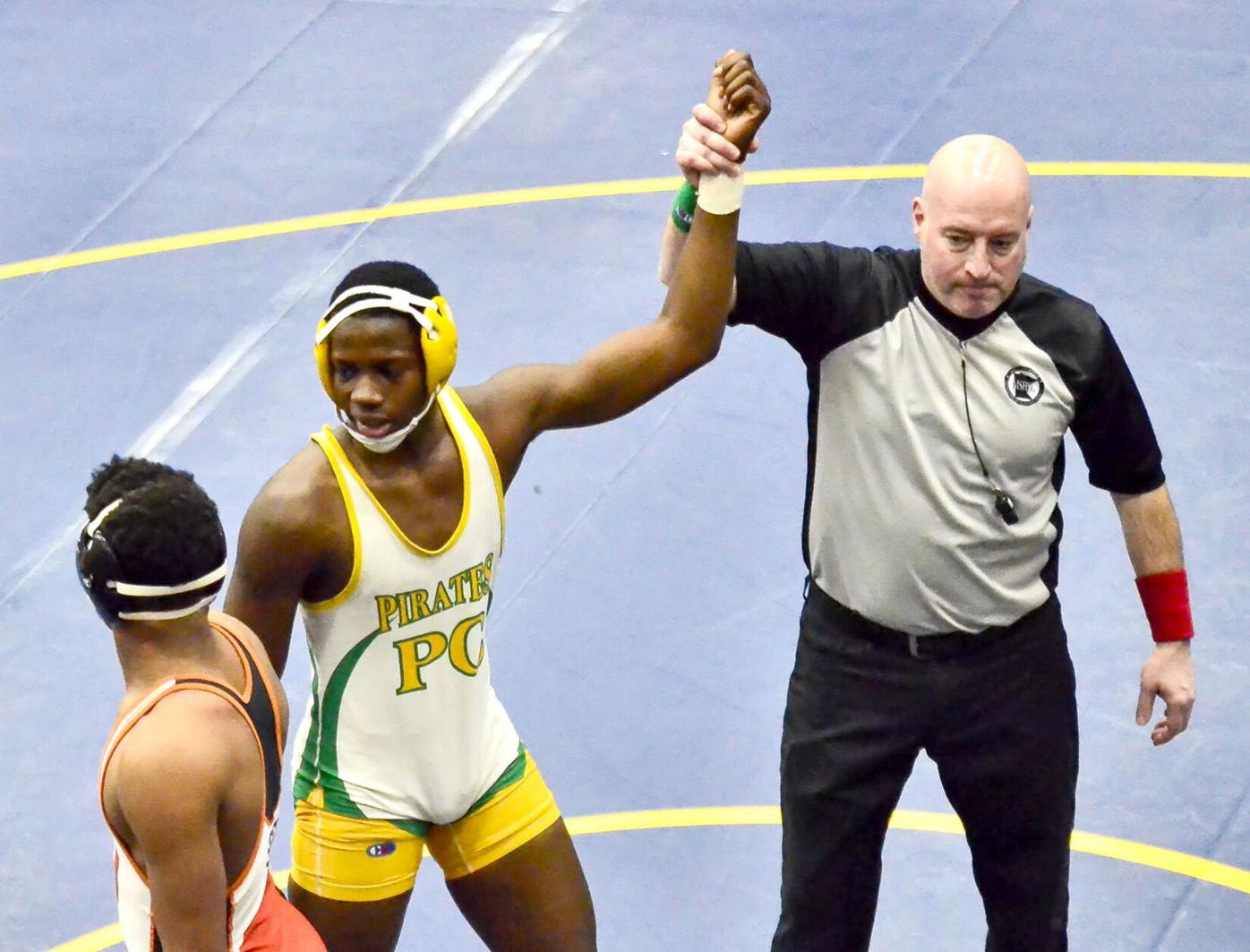 Park Center junior Ismael Kante, pictured after a victory in the 5AAA team section last season, is ranked No. 10 at 170 pounds in the pre-season rankings. 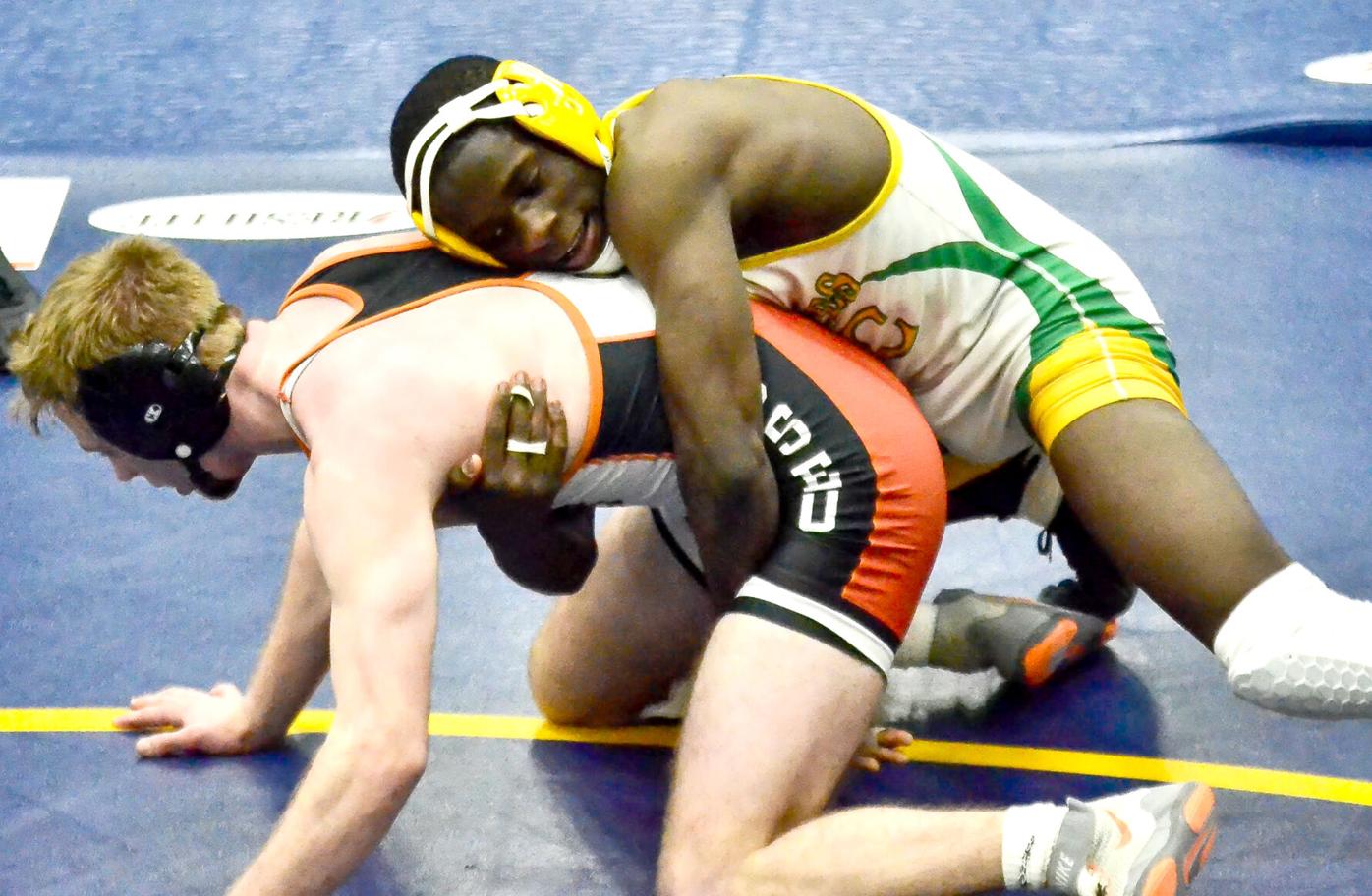 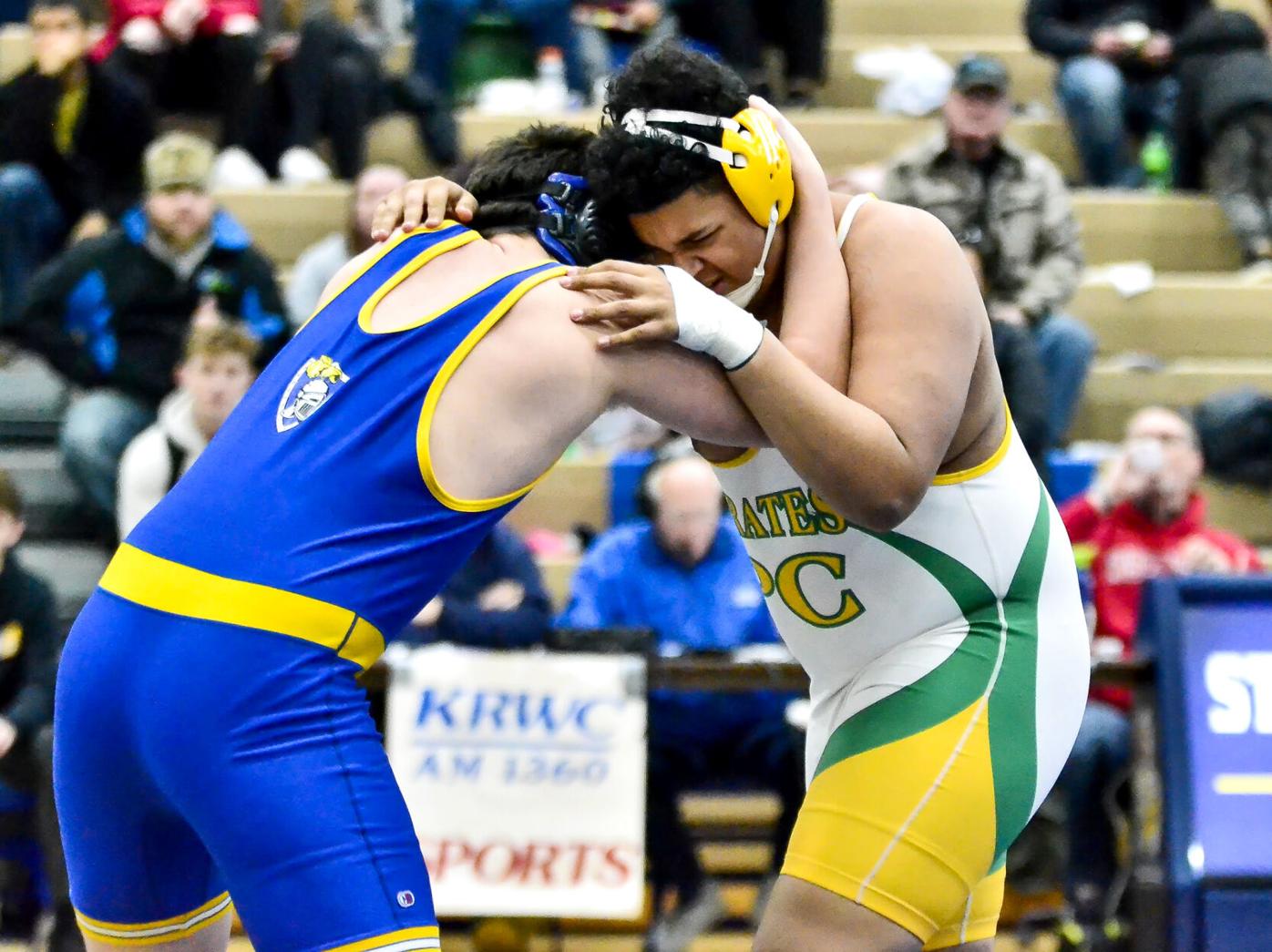 Park Center junior heavyweight Adam Adeboye grapples with STMA's Owen Barthel in the 5AAA team section last season. Adeboye is one of the starters expected back this season.

Park Center junior Ismael Kante, pictured after a victory in the 5AAA team section last season, is ranked No. 10 at 170 pounds in the pre-season rankings.

Park Center junior heavyweight Adam Adeboye grapples with STMA's Owen Barthel in the 5AAA team section last season. Adeboye is one of the starters expected back this season.

Although a large group graduated from that team, there is still a lot of talent that is expected to not only return but to continue to improve to help the team in the next few seasons.

For some of the more inexperienced wrestlers, 2021 looks to be tough with the COVID-19 pandemic delaying practices until Jan. 4 and delaying meets until the first one of the season at 7 p.m. Friday, Jan. 15, in a triple dual against Blaine and Becker at Blaine High School.

The pandemic protocols also will have a more localized schedule with postseason plans not finalized by the Minnesota State High School League yet.

So for some, the 2021 season will be just to gain more mat time and get momentum for next season. But anyone with experience should be just fine with whatever the season ends up looking like.

Junior Ismael Kante is one of the stronger wrestlers in the state right now after a very successful sophomore year where he was a win short of making state for the first time – taking third overall in the 5AAA section at 160 pounds.

Kante was tied for second on the team with 28 wins last season, including 12 pins, two technical falls and three major decisions.

Carter finished with 16 wins and he took fifth at 182 pounds, and Henderson had 14 wins and finished third at 152 pounds.

Alvin Vue finished with 12 wins, but he was injured for much of the season before returning and making a run to state. Jonathan Oyedokun led the Pirates with 30 wins, and Yang finished with 28 wins.

Seniors Molly Helgeson (106 pounds) and Hanan Doud (132 pounds) and junior Deja Moua (113 pounds) all wrestled at the MWCA girls state tournament and each earned at least one victory last year.

Osseo senior Jagger Schack is ranked second at 220 pounds, and junior Jacob Meissner is ranked third at 182 pounds. Meissner and Schack both finished fourth at state.

Rogers senior Will Yasseri is ranked fifth at 152 pounds, and junior Max Ricks is ranked seventh at 113 pounds. Both advanced to state last season.

Armstrong, Cooper and Maple Grove are also in the 5AAA section.

Park Center travels to Blaine High School at 7 p.m. Friday, Jan. 15, for a triple dual against Blaine and Becker. The Pirates also travel to Osseo High School at 10 a.m. Saturday, Jan. 16, to take on Osseo and Moorhead.