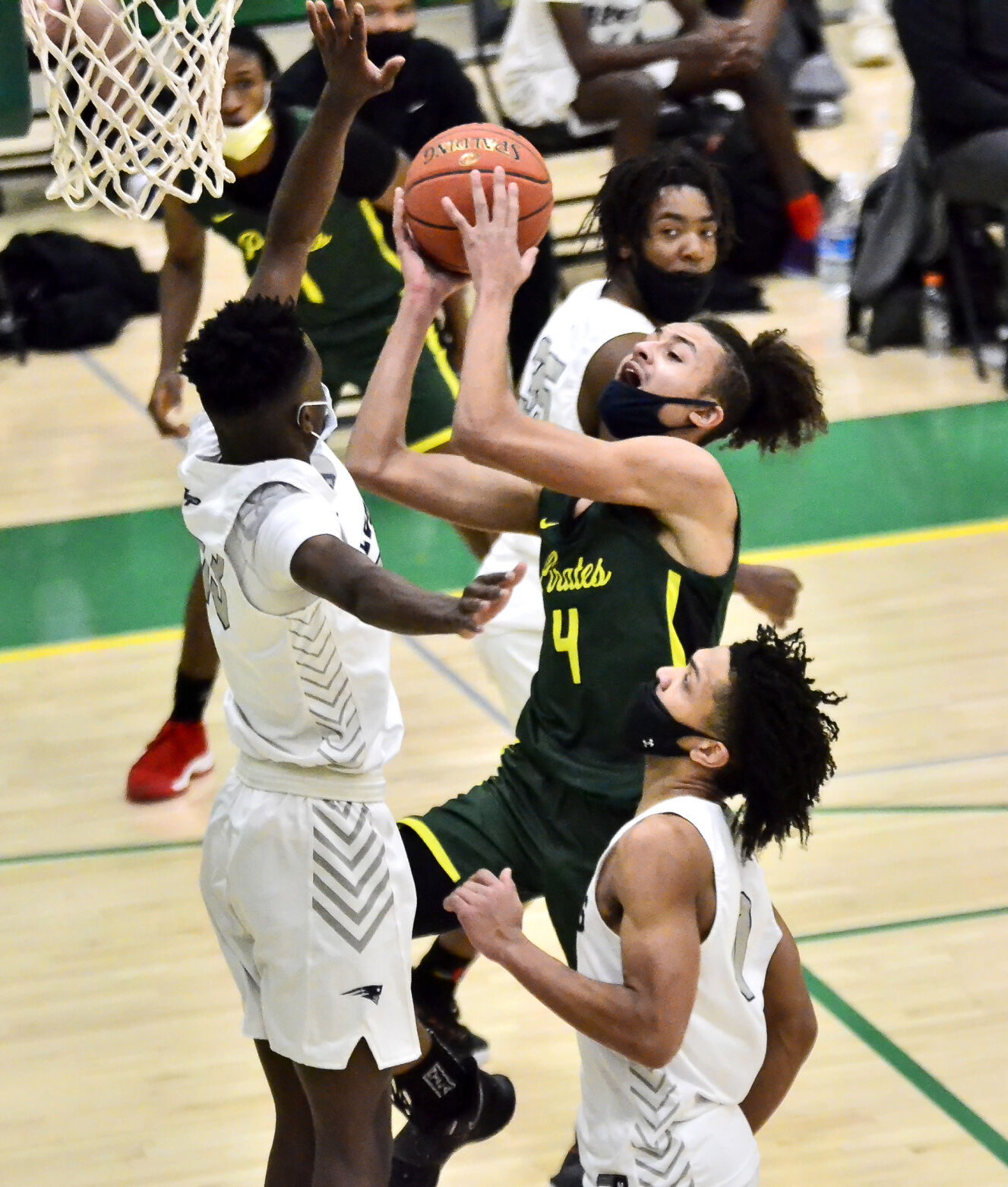 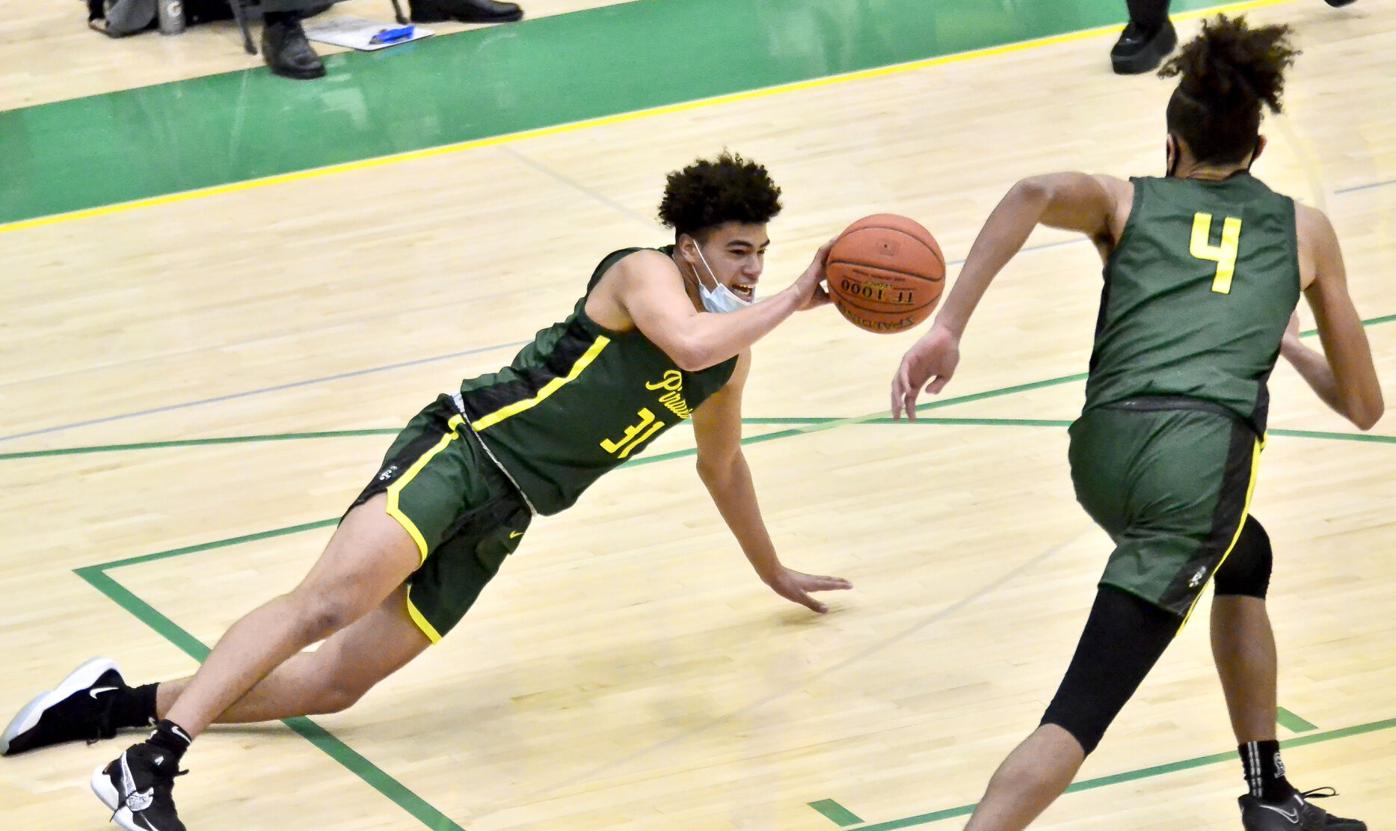 Park Center senior forward/guard Jalen Cook passes the ball before falling to the court on a rebound attempt in the first half Feb. 17 against Champlin Park at Park Center High School. Cook finished with a team-high 24 points. 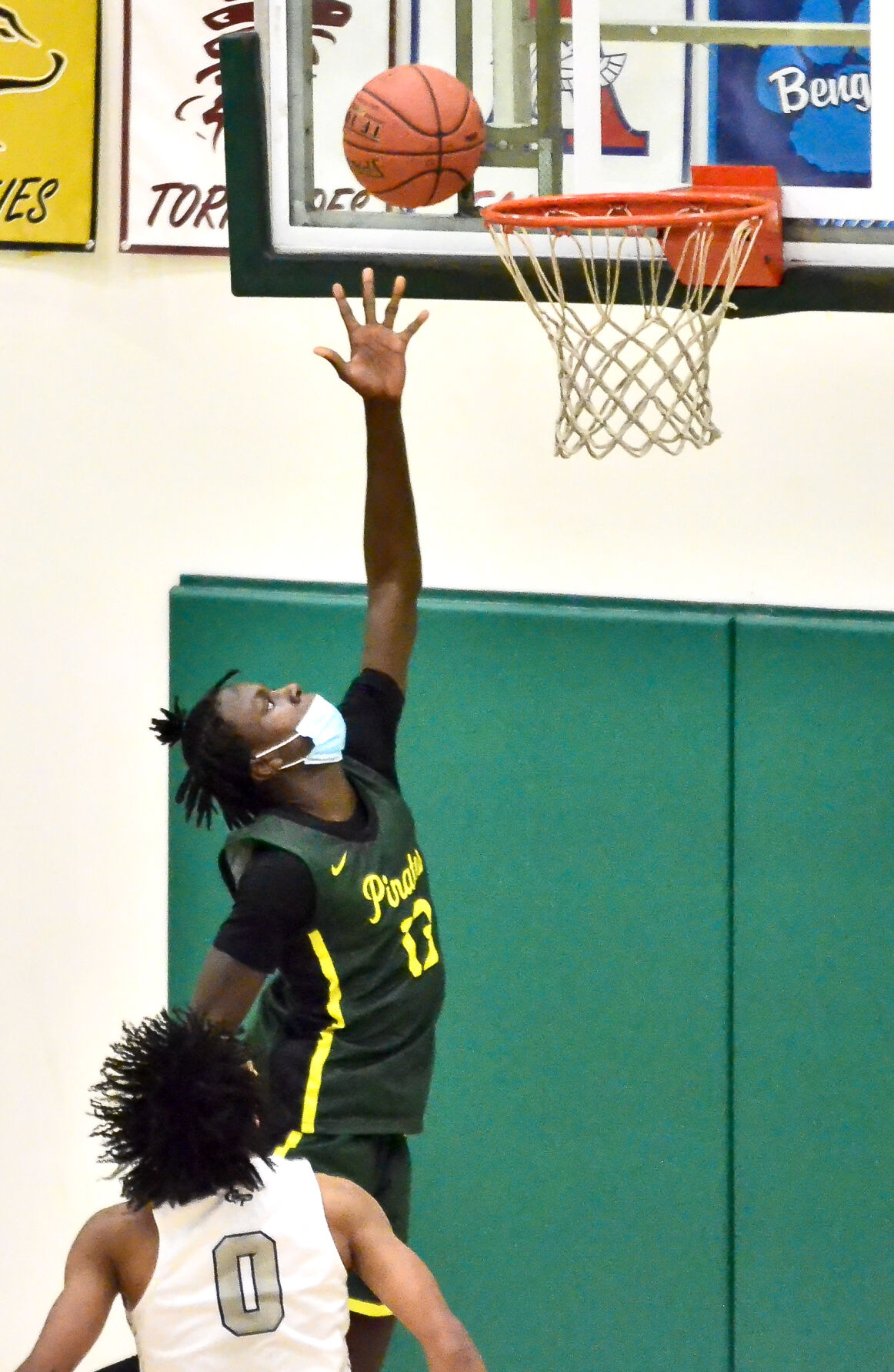 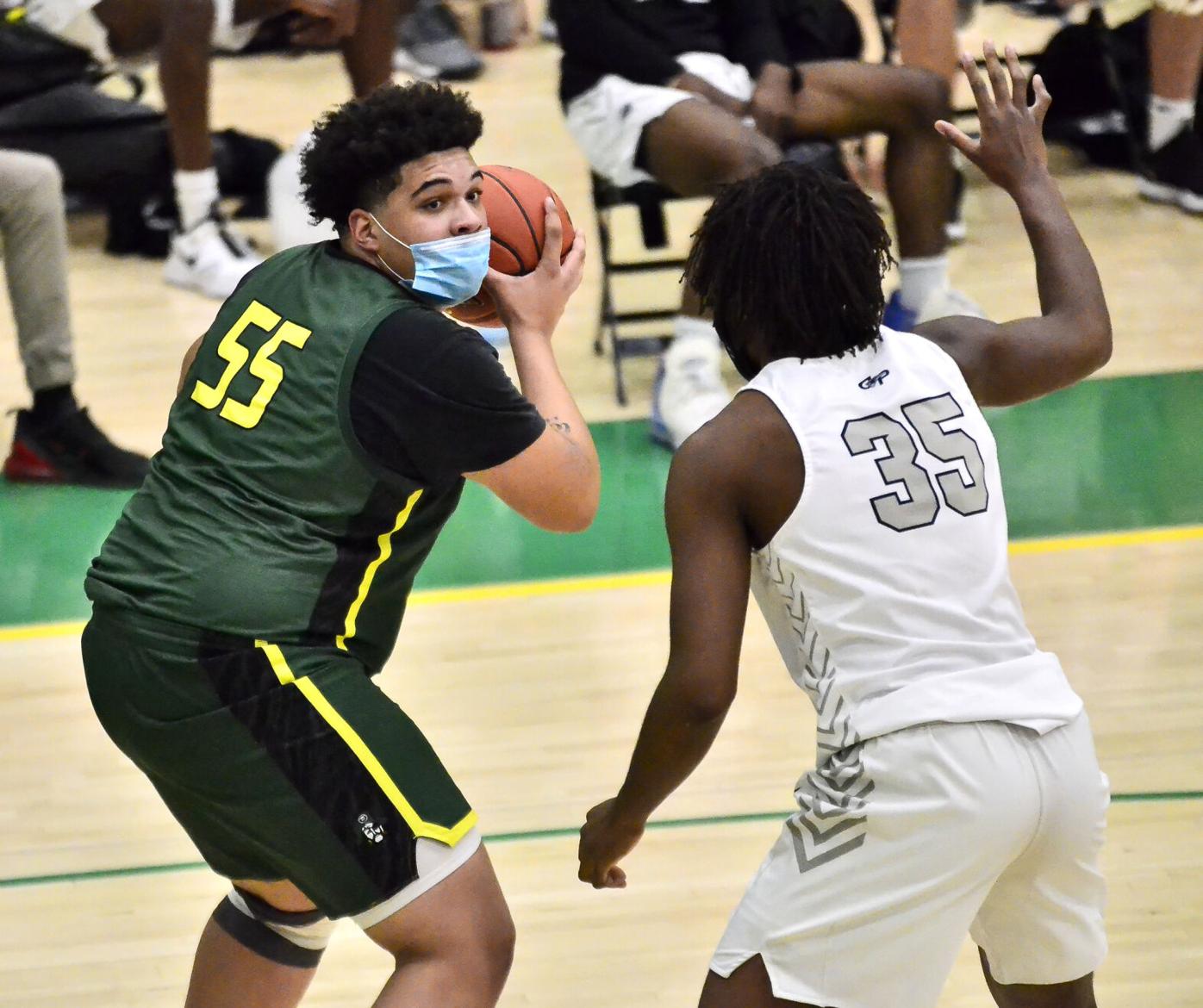 Park Center senior center James Parker surveys whether to drive to the basket or pass in the first half Feb. 17 against Champlin Park at Park Center High School. Parker finished with seven points, all in the second half.

Park Center senior forward/guard Jalen Cook passes the ball before falling to the court on a rebound attempt in the first half Feb. 17 against Champlin Park at Park Center High School. Cook finished with a team-high 24 points.

Park Center senior center James Parker surveys whether to drive to the basket or pass in the first half Feb. 17 against Champlin Park at Park Center High School. Parker finished with seven points, all in the second half.

The Pirates (8-3 overall, 4-2 Northwest Suburban West) did bounce back with a win over Anoka on Feb. 19.

But the effort against the Rebels showed they can play with the best. Park Center also pushed Northwest Suburban North leader and Class 3A second-ranked Totino-Grace on Feb. 2, but the Pirates held a seven-point lead on Champlin Park with just 1:34 to go.

A few missed free throws at the end left the window open just enough for the Rebels to tie the game at 71-71 before overtime.

And a slow start in overtime gave Champlin Park a 76-72 lead. Senior forward/guard Jalen Cook and junior guard Leo Torbor did hit two very clutch 3-pointers to tie the game at 78-78, but Champlin Park retook the lead on a 3-pointer by senior guard Dylan Gichaba with just 2.2 seconds to go.

Park Center junior guard Braeden Carrington, who had 18 of his 21 points in the first half, nearly sent the game into double overtime with his last-second desperation 3-point attempt just past halfcourt.

The ball hit the glass and the rim before bouncing out.

But even though the loss stings a bit with the Pirates so close to pulling off the win, it also showed that they will still be contenders in the 5AAAA section tournament if improvement continues to come.

Park Center frustrated a very potent Rebels’ offense at times with a smothering defense that clogged inside lanes and forced contested outside shots.

There were a few times that a shooter was left open, especially in the final minutes of the second half and in overtime, and it helped Champlin Park come back for the win. But the Pirates took the lead at the end of the first half and late in the second half with a strong zone.

And while Carrington carried the offensive load in the first half, Cook and Torbor carried it in the second half – showing off how difficult it can be to defend a team with several weapons.

Carrington was hot in the first half. He put Park Center on the board with a 3-pointer, and he later took over at the free-throw line – going 7-for-7.

Carrington closed out the half with two huge 3-pointers that helped give the Pirates a 29-28 lead at halftime.

Carrington didn’t score again until the 1:34 mark of the second half on a 3-point play that made it 67-60 Park Center, but Cook and Torbor were the star scorers before that.

Cook had 19 of his 24 points in the second half and overtime, and Torbor had 14 of his 16 points during that stretch.

Torbor scored to cut a second-half deficit to 35-33, and senior forward/guard Dawson Rudolph won a tie-up with Champlin Park senior Francis Nwaokorie to get the ball back to the Pirates.

Torbor scored again with a spin move inside to make it 35-35.

Cook later added a basket inside and a 3-pointer to make it 40-37, and the 6-foot-4 Cook hit two more 3-pointers – one with 6-7 senior captain forward Francis Nwaokorie in his face.

Senior center James Parker also had a big role in the game after missing much of the first half with foul trouble.

Parker had all seven of his points in the second half. He scored inside on a bank shot on a pass by Carrington, and he added a 3-point play to push the Pirates ahead 58-54 with 5:36 left in regulation.

Torbor added a 3-point play after being fouled on a dunk that sent the Park Center bench into a frenzy, and he also scored inside after a Cook block to push the lead to 63-56.

Junior forward/guard Ayouba Berthe, who had five of his seven points in the second half and overtime, also scored inside on a pass by Parker to make it 69-63 with less than a minute to go.

Cook and Rudolph went to the line during the final seconds and both hit one of two free throws. That gave just enough of a window for the Rebels with a 3-pointer by senior guard Josh Strong and a quick basket inside by senior guard Robert Feahn to force overtime, where Champlin Park eventually won on some more wild plays.

The Pirates play in the same section as the Rebels, and they will meet again during the last game of the regular season on March 11 at Champlin Park. So Park Center will get at least one more chance to topple the No. 1 team in Class 4A and possibly will get a chance in sections.

If this game was just the appetizer, then fans could be in for even more of a treat later in the year.

Park Center dominated in the first half with a 41-12 advantage.