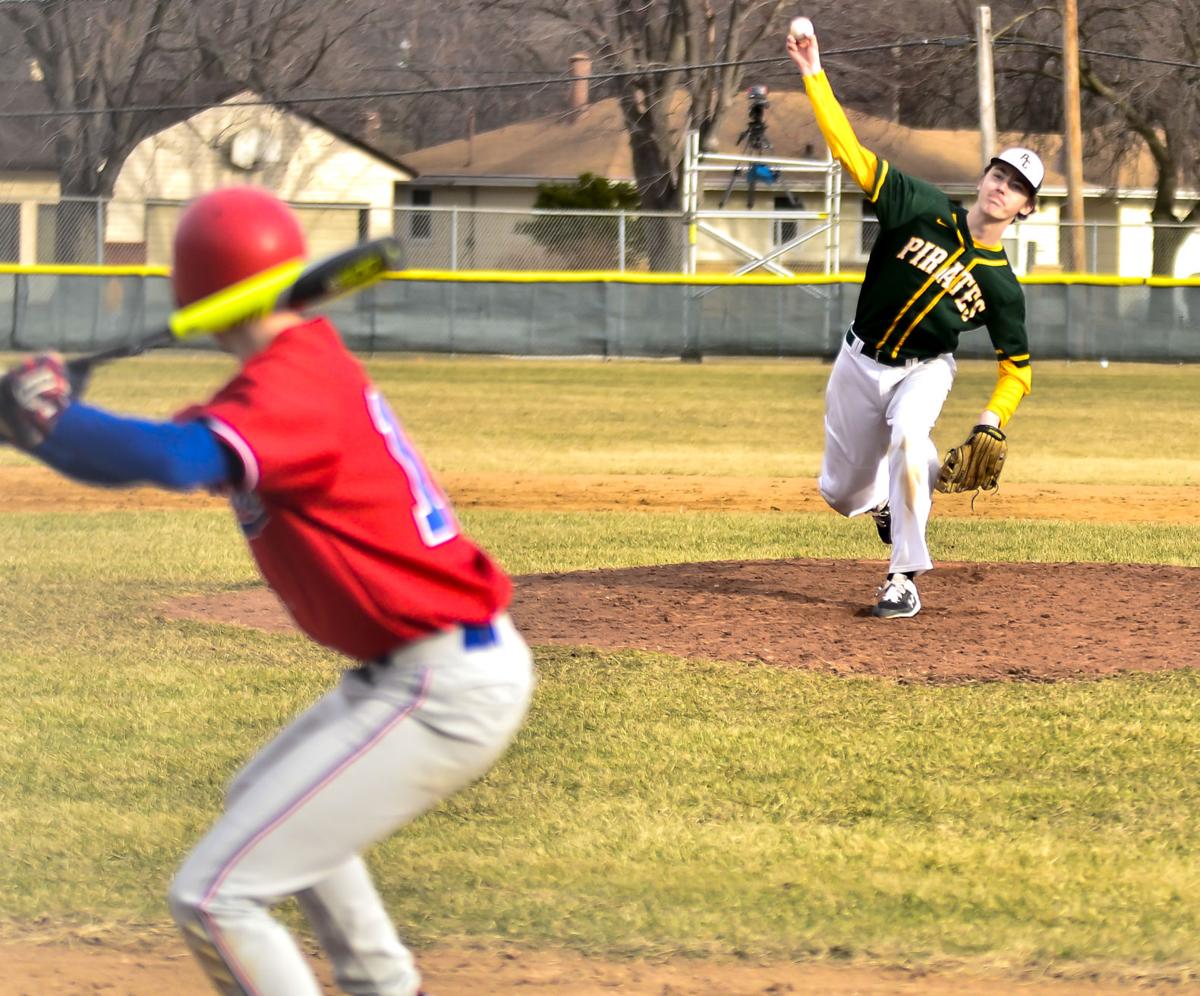 Park Center senior Matt Doebler was expected to be one of two leading pitchers in 2020. 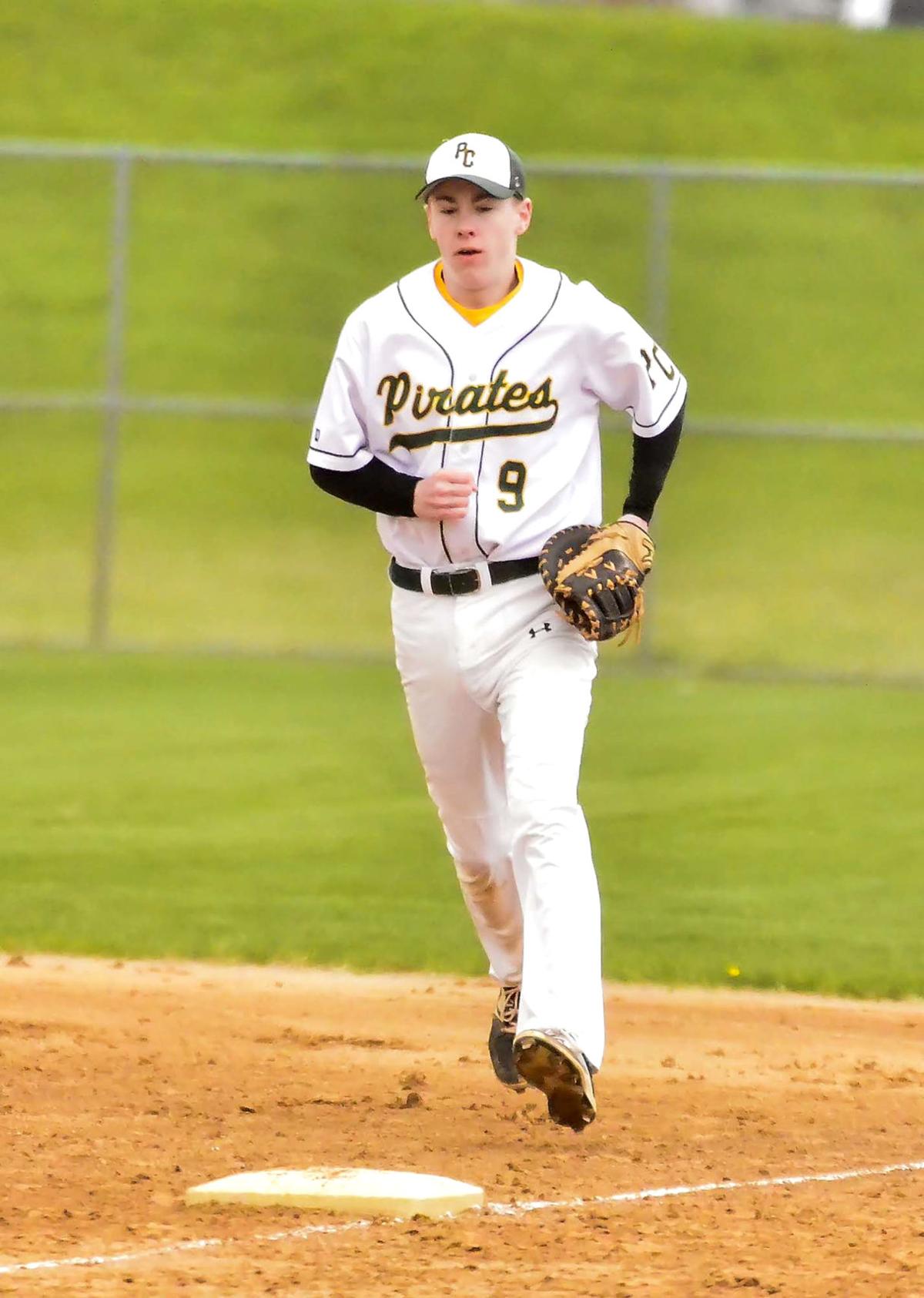 Park Center senior Zach Paape, pictured running to first base for an unassisted out last season, was expected to be one of the top pitchers for the Pirates this season. 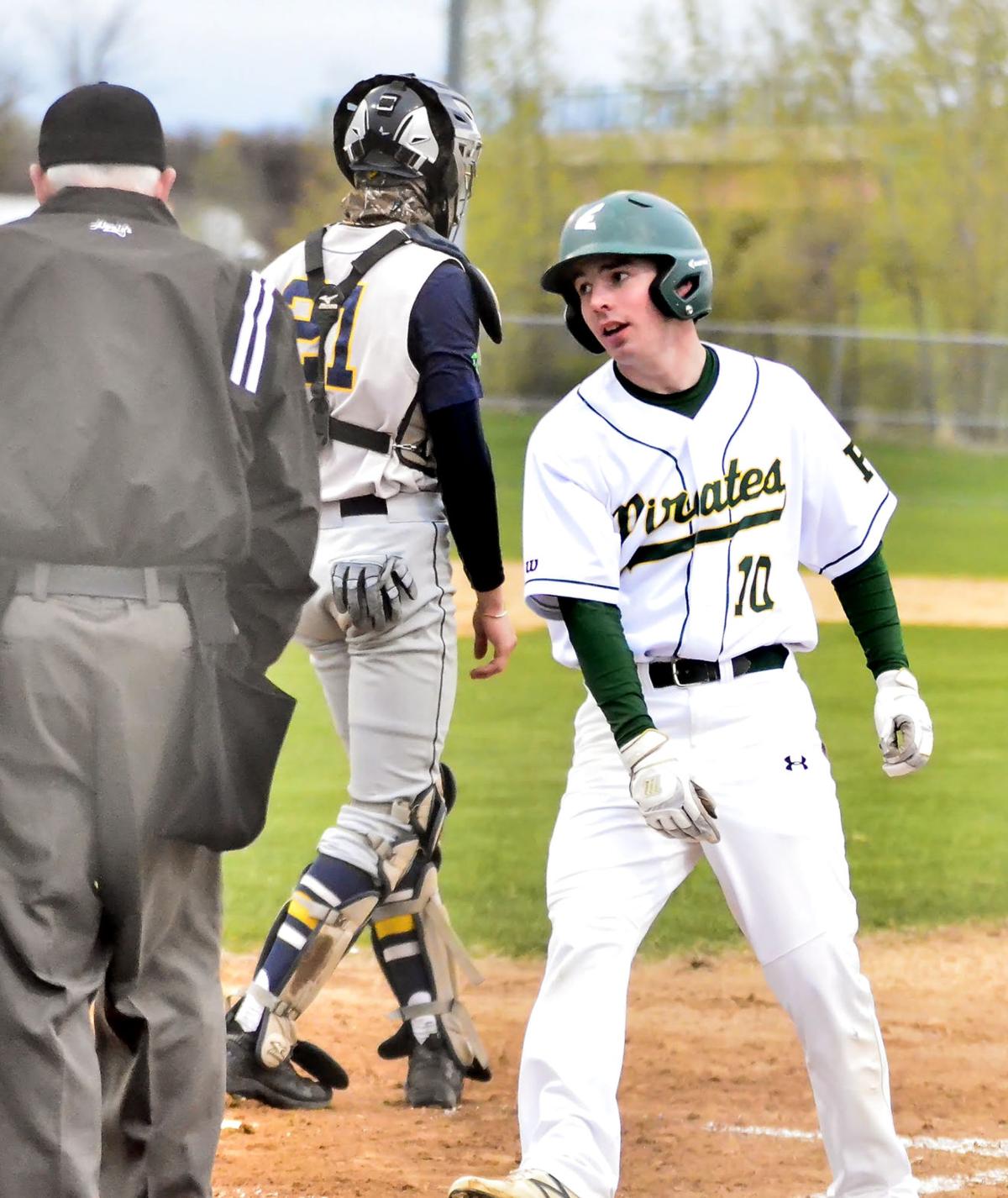 Park Center senior Jackson Dwyer was expected to have a big year for the Pirates in 2020.

Park Center senior Matt Doebler was expected to be one of two leading pitchers in 2020.

Park Center senior Zach Paape, pictured running to first base for an unassisted out last season, was expected to be one of the top pitchers for the Pirates this season.

Park Center senior Jackson Dwyer was expected to have a big year for the Pirates in 2020.

Park Center baseball was entering the season with one of the largest senior classes in the past decade.

There were 12 seniors expected to play a large role for the Pirates in 2020, and coach Nathan Johnson said he was looking forward to seeing what this group could do.

“It doesn’t happen often where you get a chance where the majority of your players are seniors, and they’ve been in the program for four years,” Johnson said. “I won’t say expectations were high as far as results. Expectations were high as far as being able to compete in our conference and really give teams a run for their money – whether that turned out in our favor or not, who’s to say?”

Pappe and Doebler were expected to be the leaders on the pitching staff with several other arms expected to help pitch several times a week that were being prepared since last summer.

Kil (outfielder/infielder) and Dwyer (infielder) were two other players that Johnson said he was expecting big things from.

Johnson said Kil is a “solid player” that was not only talented offensively but also showing a lot of progress defensively. He said Dwyer was a smart player that was athletic and gifted and who was going to be a “good leader.”

Then there were the players expecting to fill voids from last year’s graduating class. Players that were going to get the opportunity to play a larger role like Klemm, Huser and Gonzalez.

And the group of seniors was versatile based on the training by Johnson and his coaches. They stressed the importance of playing multiple positions, and the players bought in, he said.

“They really have jumped on that in their training in wanting to learn the different nuances of infield, outfield and obviously pitching,” he said. “Just really bummed when we know they put in so much time over the last three years for this kind of one moment”.

Park Center was able to get in the week of conditioning before the official start to the season before the season was suspended due to the COVID-19 pandemic.

Johnson said that whole colleges closed down their seasons right away because they were already in the middle of it, high schools were able to suspend the season with the hope of playing because games never began.

Johnson said it was appreciated because it left the door open for seniors to try and at least feel like they were going to get something out of their final season, even if there weren’t any playoffs.

But waiting for the decision was like tearing off a Band-Aid slowly, Johnson said.

They were holding virtual meetings to update players and their families and recommend training to stay in shape in case there was a season. But with virtual learning and parents at home, as well, Johnson didn’t expect that to be at the top of people’s priorities at the time.

But what made it difficult was the lost chance for the seniors to see their hard work pay off. At Park Center, players are asked to play above their age and skill levels, Johnson said. The junior and senior years are supposed to be the ones when they can play their own age group and not be overmatched.

“They are going to have experienced everything, seen everything, and it just really then comes down to execution and that’s kind of what we felt good about – smart ball players that have been in many situations that are just looking for an opportunity and see where we stacked up with teams in our conference,” he said. “And unfortunately, we just were never able to get started.”

This senior class was playing together for 10-plus years with their time in the Brooklyn Park Athletic Association, and Johnson said that he was able to get to know them as seventh- and eighth-graders.

Johnson saw the bond in the joy the players showed when playing together on the field and in how they supported one another, picked each other up and tried to figure out ways to improve until the final out.

Johnson said he is going to miss that energy they brought, and this type of end to a season can be awkward in that there isn’t a proper goodbye.

“We’ll have to look for a way to kind of create that closure where we can end on as good a note as possible,” Johnson said.

The future of the program is going to be challenging to look at now too with the cancellation of the Legion season and summer training on hold.

There is a thought that small groups can start training by June 15, but the official guidelines are yet to be released.

And even when training starts, Johnson said it will be very different from before and there are a lot of unknowns.

“It will still kind of force coaches and players to kind of think outside the box and train in a way that’s not comfortable,” Johnson said. “At this point, you don’t know if players are enjoying the time off and having summers free, being able to eat dinner as a family at 5:15 and not rushing to get to a baseball field or ball game. It’s a new reality.”