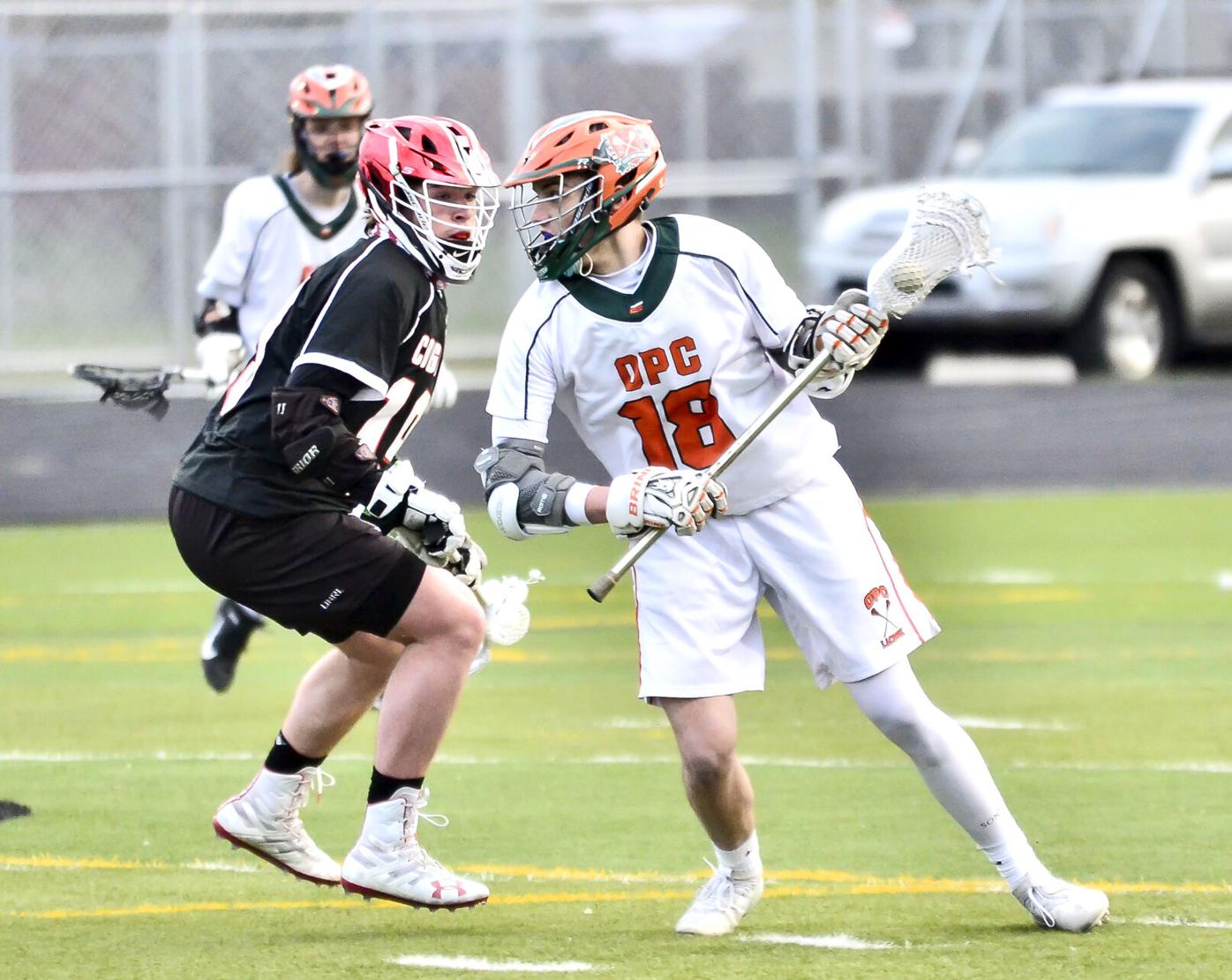 Osseo/Park Center senior Collin Geraghty turns with possesion and looks for an open man downfield in the first half April 21 against Centennial at Park Center High School. 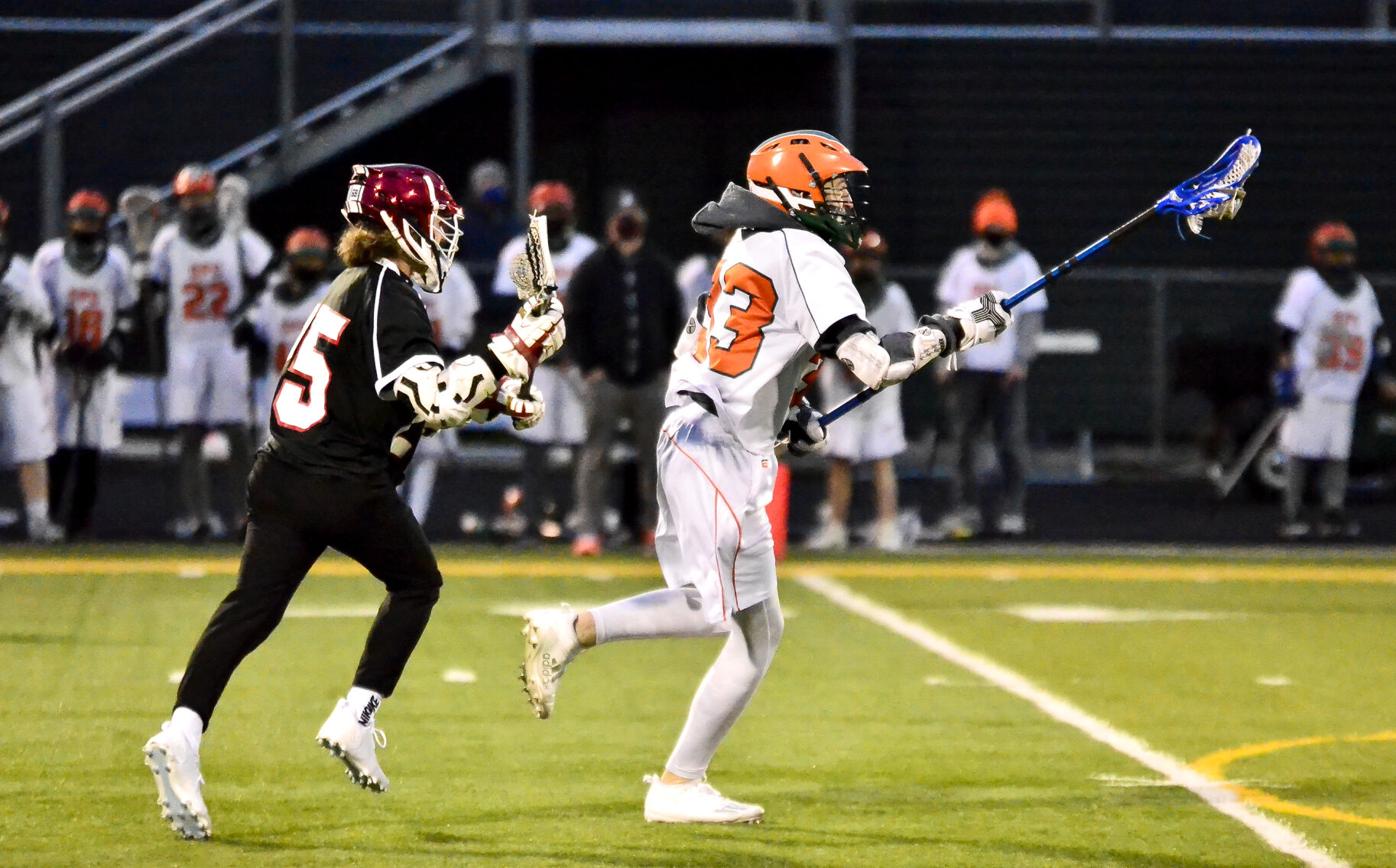 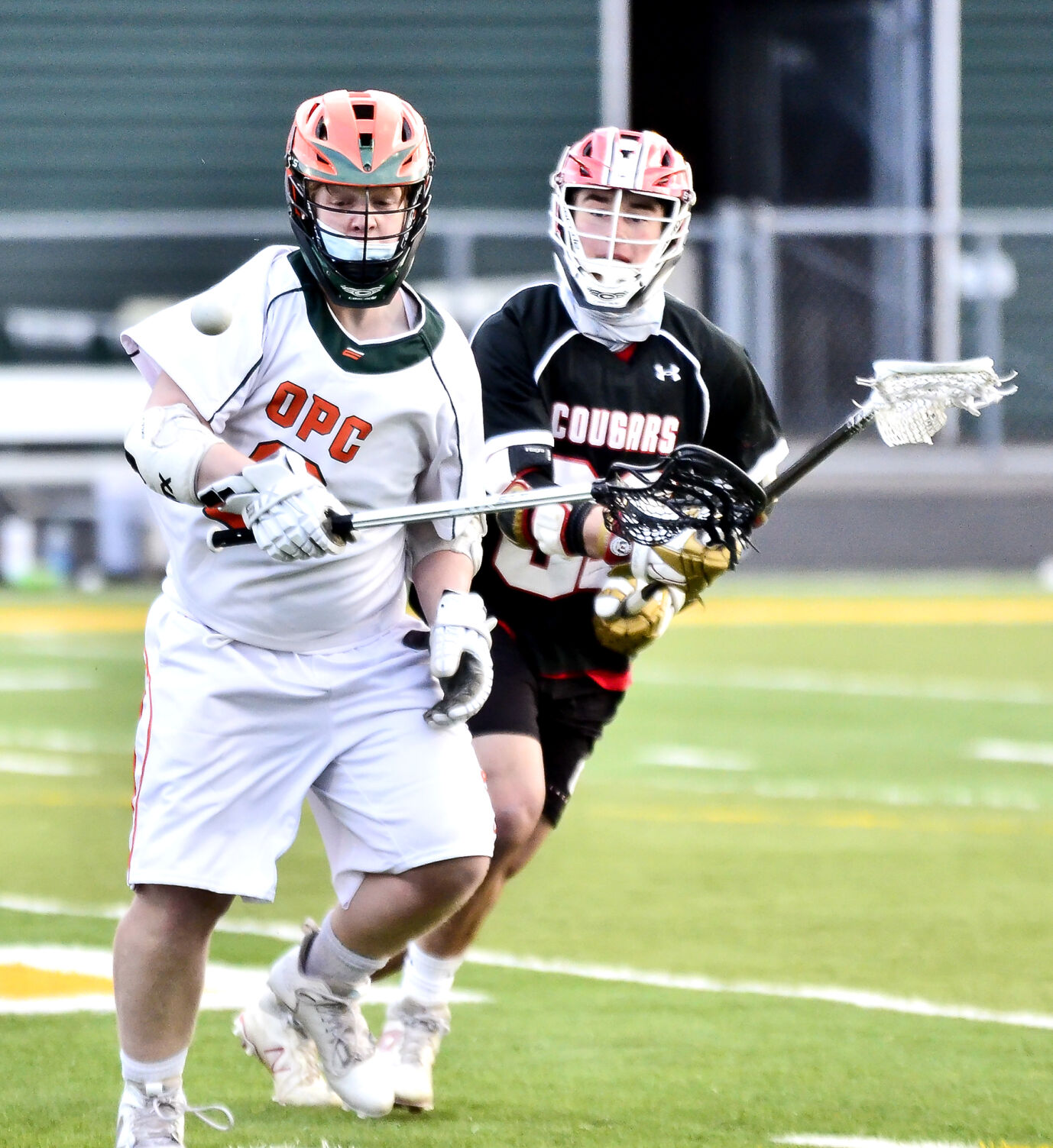 Osseo/Park Center sophomore attacker Ashton Foulke chases after a loose ball in the first half April 21 against Centennial at Park Center High School. 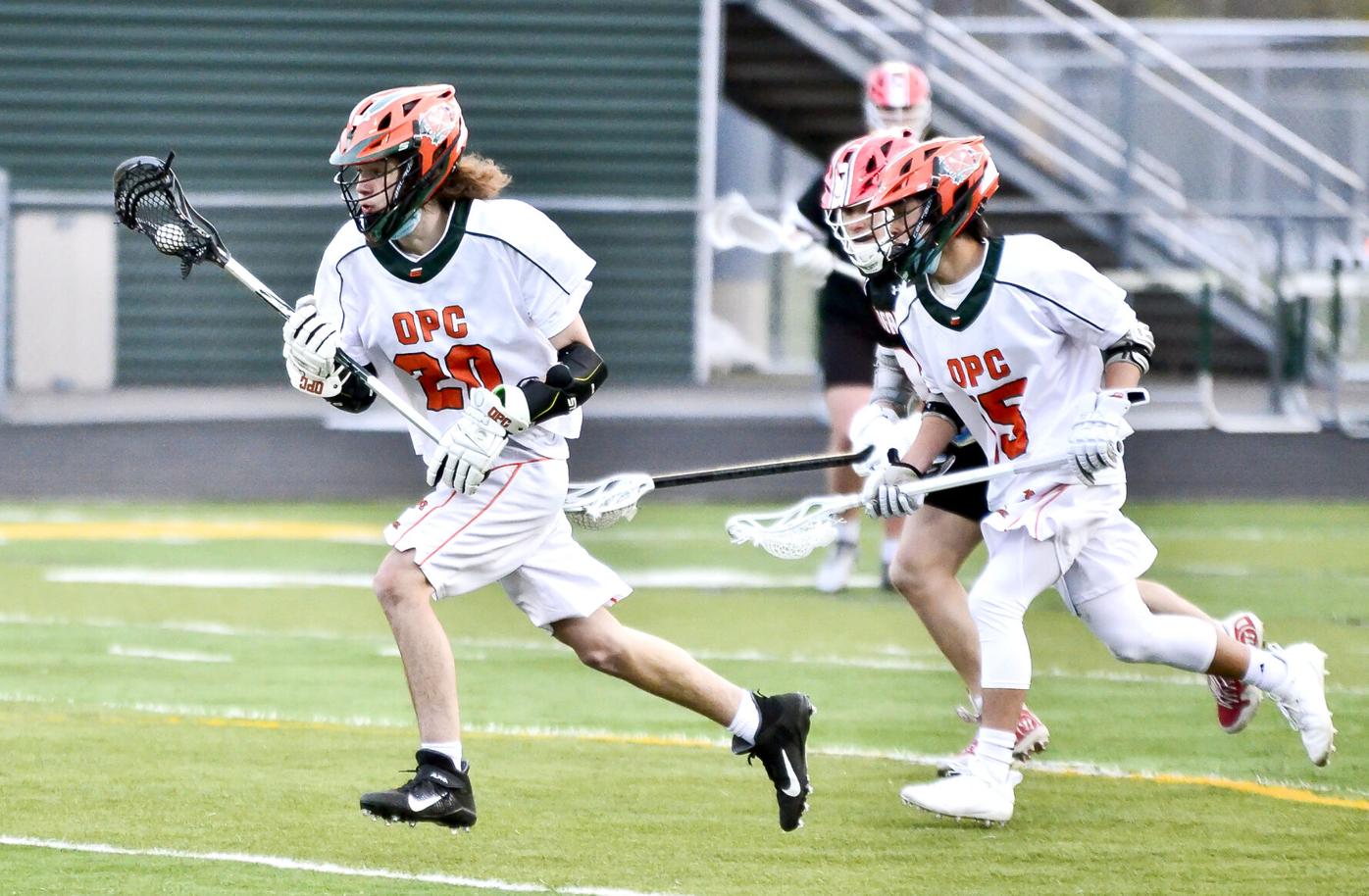 Osseo/Park Center senior Collin Geraghty turns with possesion and looks for an open man downfield in the first half April 21 against Centennial at Park Center High School.

Osseo/Park Center sophomore attacker Ashton Foulke chases after a loose ball in the first half April 21 against Centennial at Park Center High School.

Osseo/Park Center boys lacrosse dropped its first two games of the 2021 season, but the game results were very different.

OPC, like all Minnesota spring sports teams, hadn’t played a varsity game in almost two years after the COVID-19 pandemic canceled the 2020 season. But the squad came out and put up a good fight in the season opening 10-7 loss at Andover April 19.

But some inexperience and lack of time on the field together showed in the 16-0 loss to Centennial April 21.

OPC’s offense struggled to get shots off, and there was an incident in the third quarter when the starting goalie and a defensive player were lost in the heat of the moment after a Cougars’ goal made it 9-0.

Coach Darren Nelson tried to calm things down with a quick timeout, but tempers flared and players left the field, causing a delay of game penalty on OPC.

While the result was one-sided, OPC players continued to try and make plays in the second half despite being down so much and being without the starting goalie. But Centennial was relentless on defense, knocking the ball out and picking up groundballs at will.

OPC had just one shot on goal in the first quarter. Junior midfielder Zachary Jenson had an open look, but the shot was saved by senior Andreas Bramscher.

Senior midfielder Will Steven also had a shot in the first quarter that hit the post.

Sophomore attacker Ashton Foulke and Steven each had shots in the fourth quarter that were wide.

The opening game in 2021 was much different with OPC in terms of the offensive production in a 10-7 loss at Andover.

OPC trailed 5-3 after three periods, but both teams connected for a combined nine goals in the fourth quarter. OPC had four of those goals.

Steven had three goals overall to lead OPC, and Foulke added two goals. Jenson had a goal and an assist, and senior Collin Geraghty had a goal, as well.

Wells finished with 17 saves for OPC, and freshman goalie Kaden Weikel had eight saves for the Huskies.