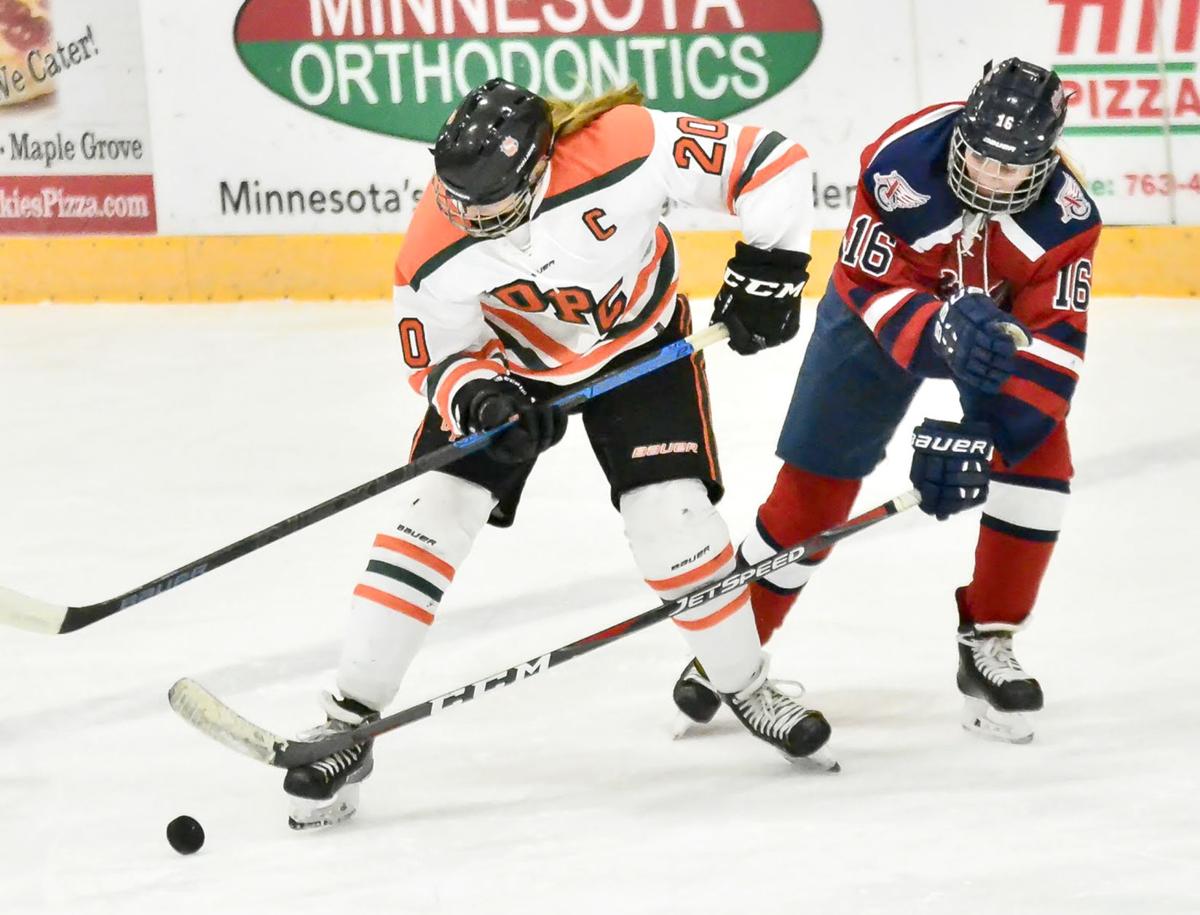 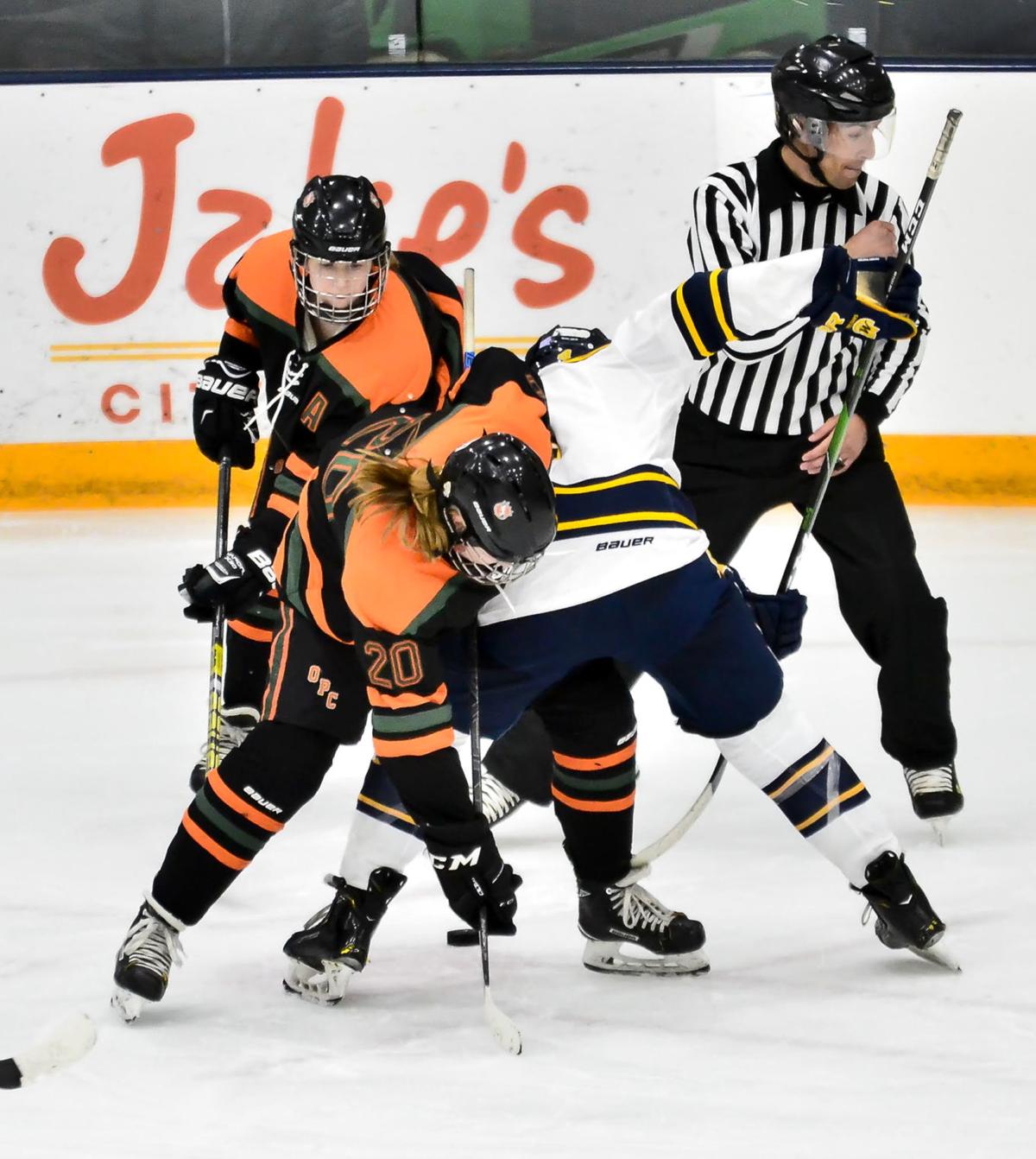 Senior Gabby Bodin was named the 2020 Minneapolis Athena Award winner at Osseo High School, and it was a little bit of a surprise to her.

Bodin, who is a Plymouth resident, held the award close to her heart after first finding out about it in seventh grade during volleyball tryouts, and she decided she would strive to accomplish the goals needed to earn the honor.

“There are so many talented athletes that any one of the nominees easily could have won,” Bodin said. “It is kind of a dream come true.”

Success on the track

Bodin was a captain and team MVP for two years with the track and field team and had five conference and five section awards during her six varsity seasons. She also is in the top five in Osseo’s All-Time Honor Roll in the 100 hurdles, high jump, triple jump and long jump.

Bodin said that when she joined the track and field team in seventh grade, she was scared and didn’t know anyone. But the older girls supported her and took her under their wing, she said.

“They made me feel like I was a part of the team, even though they were five, six years older than me,” Bodin said. “Their love and support is something that made me strive to reach out to the younger kids and make sure they belong and feel like they are a part of the team.

“So the older girls had a big impact on who I am today.”

Bodin began track and field meets when she was six, and that also goes along with her favorite sports memory, when Bodin had the chance to jump alongside Shani Marks and Amanda Smock, two Olympic triple jumpers.

It didn’t soak in that Bodin and her teammates were jumping alongside Olympians right away. She said they were at first in awe of how talented they were but saw them just as adults jumping well. Later, they learned how successful they were in an Olympic environment.

Bodin said she and one of her best friends, Armstrong senior Jenny Krey, still talk about the experience 12 years later.

“I am speechless honestly, that we had the opportunity to meet with such amazing athletes,” Bodin said.

Bodin also had a successful hockey career with two all-conference awards and being named a captain twice during her five years on varsity. She was a Ms.Osseo/Park Center recipient.

She collected 13 goals and 19 assists in her five-year career. She was mostly a two-way forward, playing against the top lines as a center.

Bodin said her teammates and other captains helped make the leadership responsibilities and being a role model easier.

“I truly enjoyed my time on that team and the relationship I had with girls from practically five different schools, because it is a co-op, and the types of people that athletics bring together,” Bodin said. “The program has grown immensely since I joined in eighth grade, and it’s going to continue to grow, continue to improve, and I can’t wait to come back in future years and watch them play and see where the team is.”

Bodin worked hard to make the varsity volleyball team in her final two years, she said. She tried out for the program as a seventh-grader, and she needed to put a lot of effort to get her letters.

Volleyball was not a sport she started young, so Bodin said she just kind of hopped right in. She said she had to work hard with all of her sports, volleyball became an even more difficult challenge.

Bodin said she had to have patience.

“I was by no means, good at all,” she said. “I had to work really hard in that area to improve my skills, my communication, and it got me two varsity letters six years later.”

She also spends time as a volunteer for the City of Plymouth for 10 years helping with summer camps for kids and other events. She volunteers at Oak View Elementary as well, working on a mural poster for teacher appreciation at the moment, and is a volunteer coach for Osseo Volleyball kids summer camp.

Bodin earned the Scholastic Art Gold Key Award for photography at the Minnesota Regional Art competition, which automatically made her a nominee for a national award as well.

Bodin was also named the Biology and Physics Student of the Year at Osseo High School, which she said was due to her initiative to connect with educators and develop a relationship with them to ask questions and expand her knowledge beyond the initial work.

Bodin is next headed to the NCAA Division III St. Catherine University in St. Paul on a presidential scholarship.

Bodin is going to compete in both hockey and track and field and will be majoring in biology with an emphasis on pediatric physical therapy. Her interest in anatomy and how we move and her love of being around and helping children through volunteering and babysitting led her to that field, she said.

“I am ecstatic for the next phase in my life – meeting new people, new experiences, challenging coursework in areas that I am passionate about,” Bodin said. “Looking forward to the challenge that college is going to bring, I am ready to go head on.”

Bodin has also had to deal with distance learning and in-person graduation being canceled, as well as her senior track and field season.

“When I heard about everything being canceled, I was disappointed but in situations like this I have no control with what is going on,” Bodin said. “The only thing I can control is my attitude toward it, so I have just been staying positive. Things can be a lot worse than they are.

“I am using this time to get something out of it, to improve myself, so when quarantine is done I come out as a better person.”