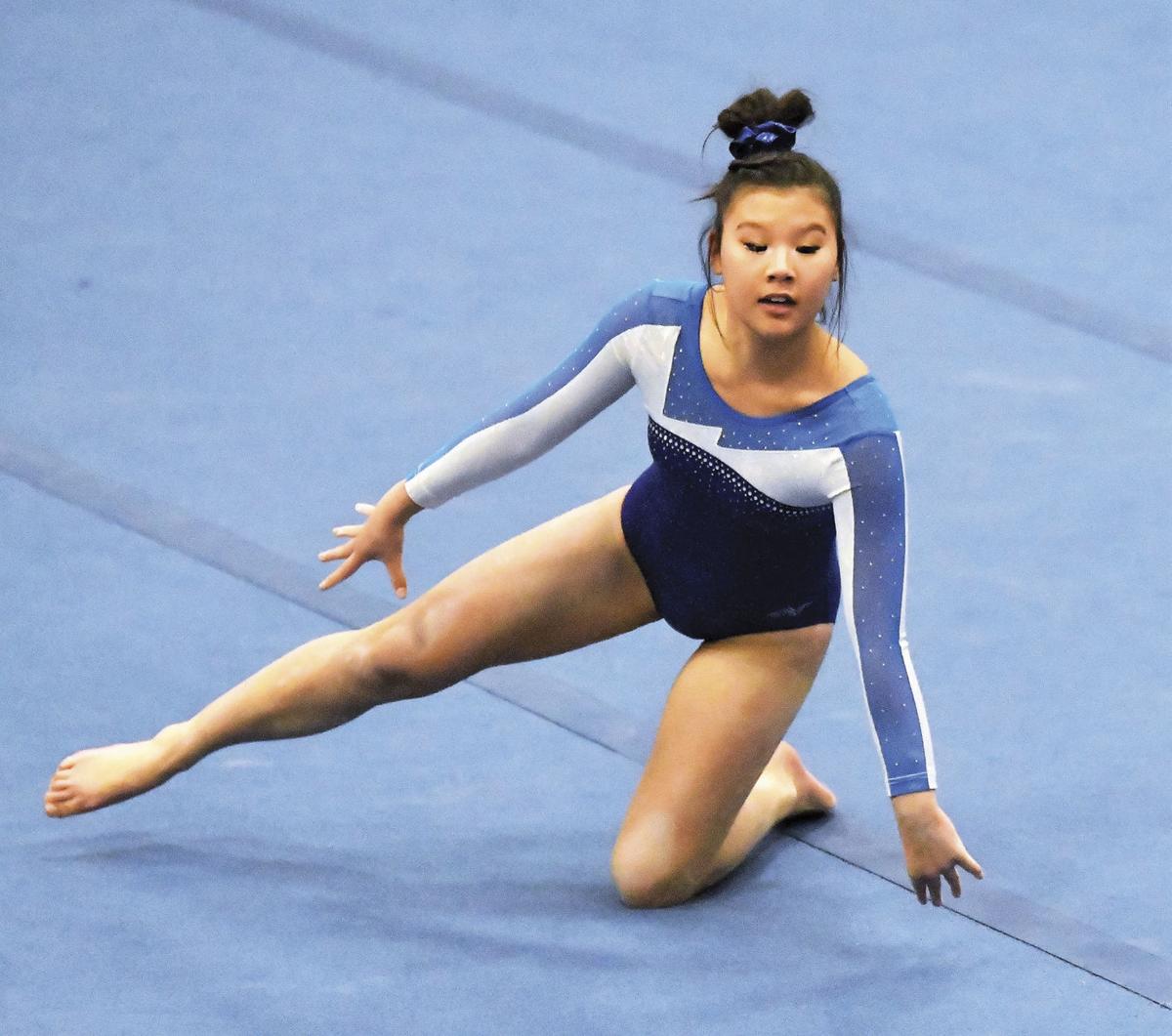 Hopkins junior captain Kay Murphy is one of two gymnasts back with state experience. 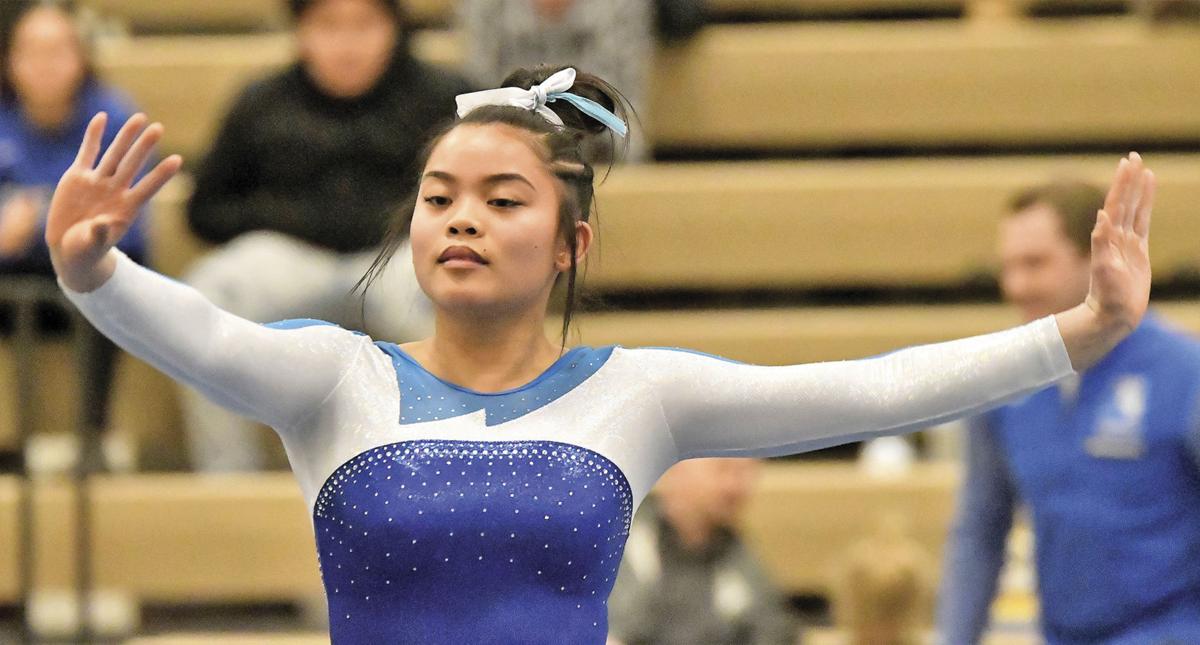 Hopkins junior Ciboney Reglos was second in the all-around at the Princeton Clemensen Invite on Jan. 4 with a score of 36.250.

Hopkins junior captain Kay Murphy is one of two gymnasts back with state experience.

Hopkins junior Ciboney Reglos was second in the all-around at the Princeton Clemensen Invite on Jan. 4 with a score of 36.250.

Hopkins gymnastics opened 2020 by hitting a new season-best score of 139.5 Jan. 4 at the Princeton Clemenson Invitational.

The Royals finished fourth at the 11-team meet as they continued to make progress toward a team goal of breaking past the 140-point threshold.

Meghan Johnson, now in her eighth season coaching the Royals along with her sister and co-head coach Emily Johnson, enjoyed the January-opening invitational for a second year.

“It’s a great chance to see some different judges and face some other teams we don’t,” she said.

As for the season-high points total, Johnson is excited about the prospect of the rest of the season.

“In the past, we’ve been able to gain 3-4 team points from the mid-point of the season and we weren’t at full strength,” she said with three meets in eight days, testing the endurance of the team to stay healthy and continue to refine routines.

Junior captain Ciboney Reglos finished second in the all-around at Princeton’s Clemensen invite with a team best 36.250 as she prepares for another run to the state meet. She led the team in three of the four events including beam (9.550), bars (9.250) and the floor exercise (9.200).

Eighth-grader Avery McIntosh had the top Hopkins score on the vault with an 8.950.

“We have some big conference meets coming up against Eden Prairie and Wayzata,” Johnson said as they haven’t found a win against those powers over the last decade. “That win over Edina was a big win, and I feel like our beam and floor [routines] have improved a lot for us [this season].”

Hopkins added some new teammates with skills to compete in those events plus others worked hard to improve their skill set.

“They are developing those skills to put together routines to pick up bonus points, that’s how we can get into the 9s,” Johnson explained, making the 140-point threshold a realistic goal.

After Princeton, Hopkins was back in dual-meet action Jan. 7. The Royals topped Breck 136.700 to 125.725. Senior Kaija Pratt led the all-around with 33.725 points. She returned to the all-around after recovering from a knee injury that limited her to bars and beam.

“She’s been a strong all-arounder for us for two-three years now so it was fun to see her get her skills back,” Johnson said.

McIntosh posted an 8.950 to win the vault, and Kay Murphy emerged with the top bars score of 8.625. Reglos had the top beam routine with a 9.2, and senior Madison Guelich led the Royals on the floor with a 9.1.

Guelich had the top floor score of 9.1. She posted a similar score to help the team win at Edina and is a first-year member of the Royals, competing for the club-level programs in the past.

“We thought she would come over for a couple of years now but she’s enjoying the Hopkins team,” Johnson said of Guelich who has been a consistent all-arounder. “We think she can go higher than a 9.1 on the floor.

In the middle of the busy stretch of competitions, Johnson adjusted the lineup to help lessen the likelihood of injury coming into the busiest time of the season.

“We have an older team which means more aches and pains, so we have to be aware of that,” Johnson said. “But we do have a lot of seniors so they have to go big.”