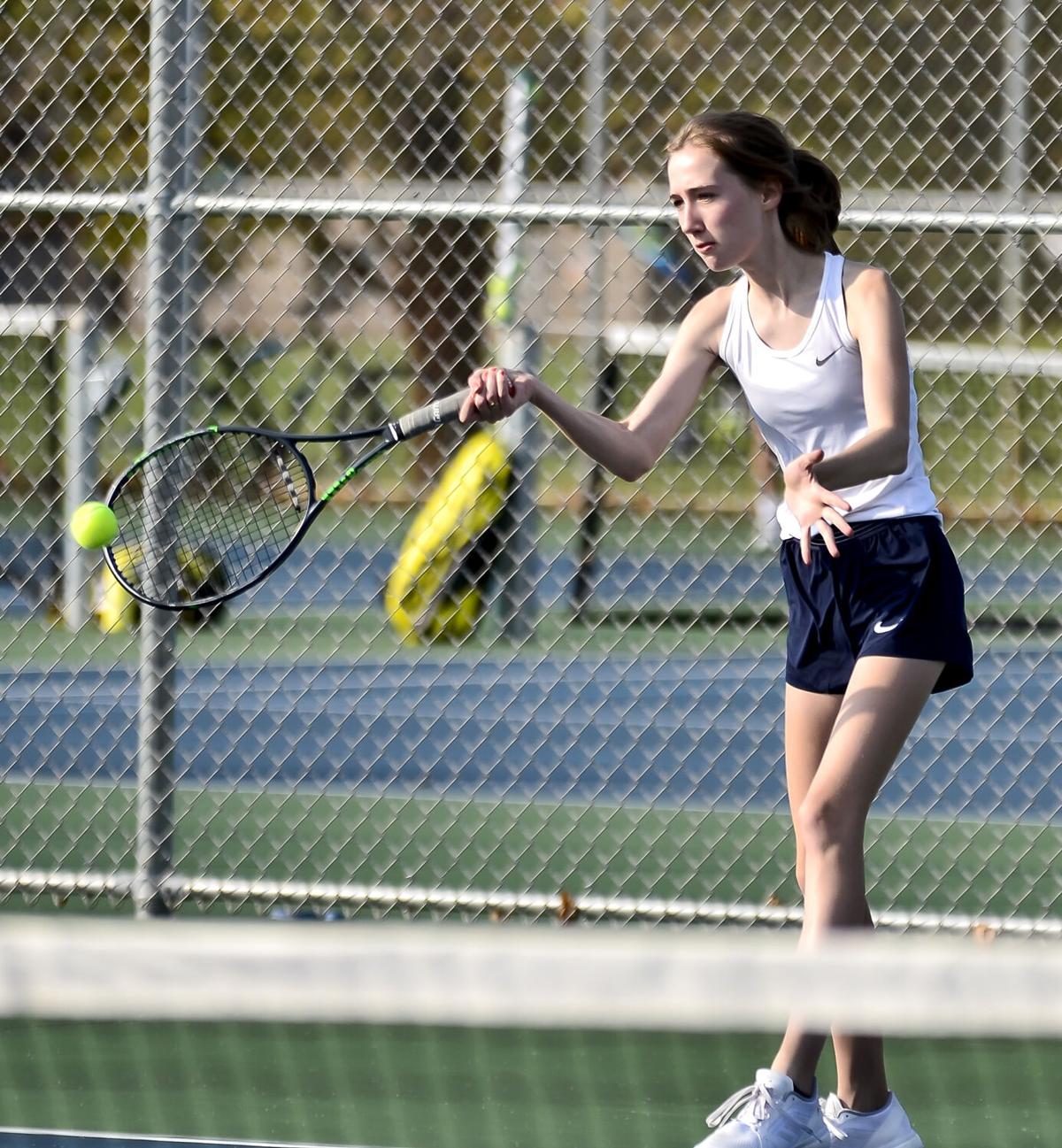 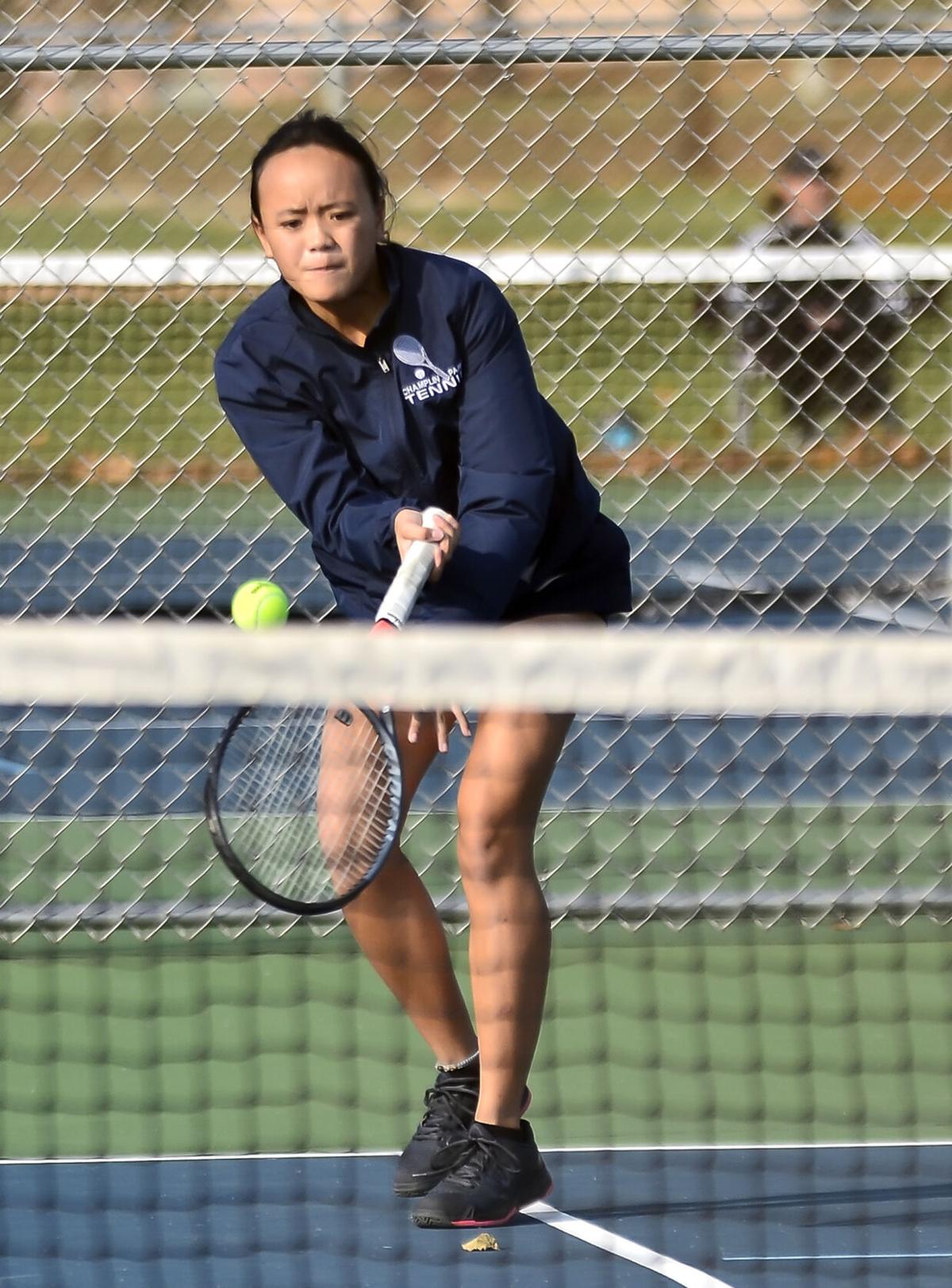 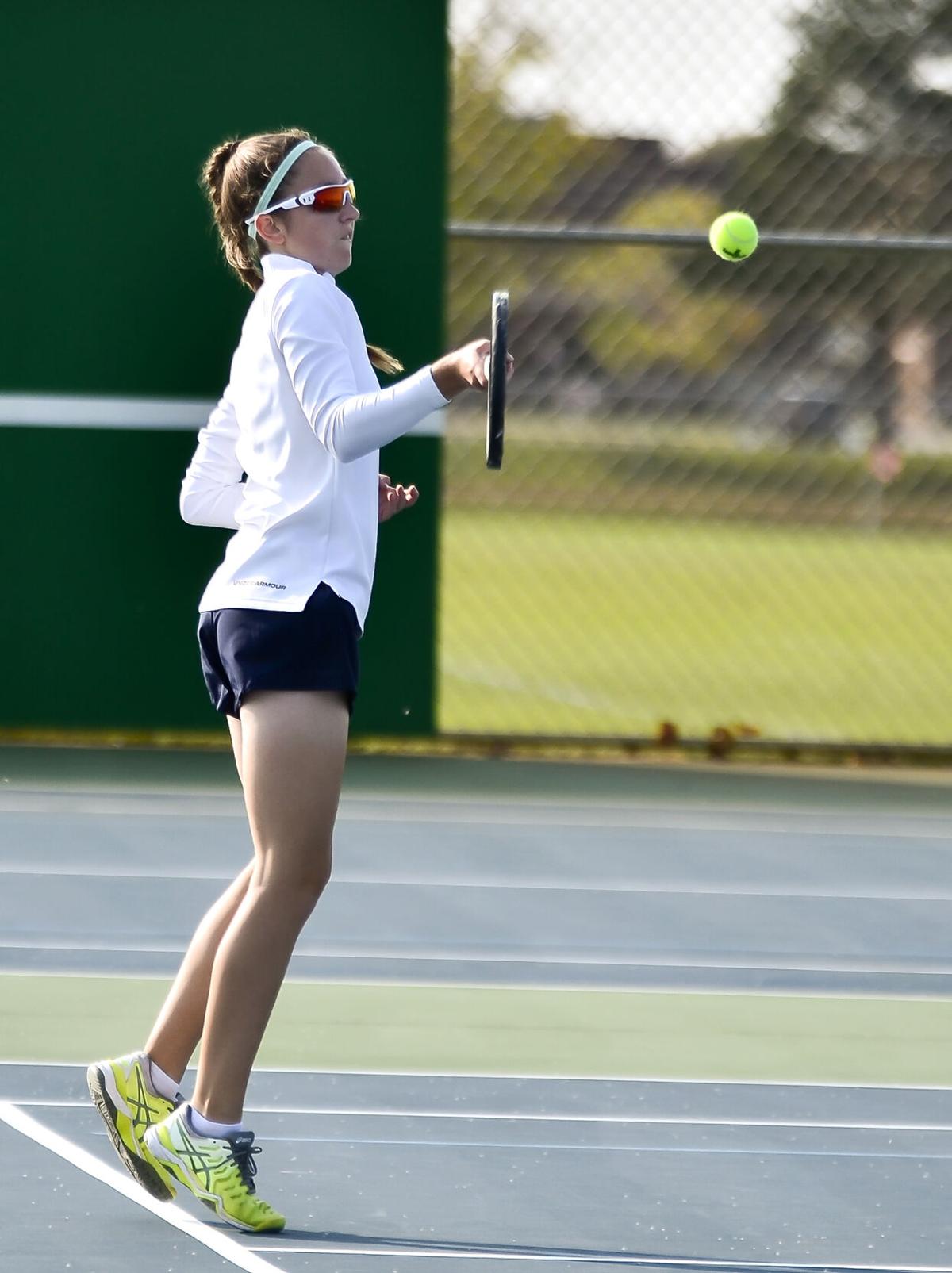 This is not a normal time in history with the COVID-19 pandemic changing so much in 2020.

School is one of the affected areas, and with distance learning and hybrid learning throughout Minnesota, many students miss the usual face-to-face interactions.

That is where the 2020 fall high school sports season comes into play – with matches and practices being some of the best chances for social interactions not on a computer.

Champlin Park girls tennis closed its 2020 season Oct. 7 in the 5AA team section quarterfinals, but they were allowed to hold one more practice, just to get one more chance to relish the chance to play – which was not a guarantee and one that many seniors missed out on during the 2020 spring season.

“I teach sixth-grade math as well, and really the school part is definitely not normal,” coach Brad Gullickson said. “When we got to tennis, it felt pretty normal. We have to wear masks for the introductions and wear masks to the courts and from the courts, but once the girls were on the courts and doing our drills and doing hitting and playing matches, it felt like a normal tennis season.

“We had fewer matches this year, but we still had two matches per week. So I feel like the girls still had plenty of opportunities to compete.”

The Rebels (8-5 overall) played fewer matches than in years past with only two duals a week and a shortened year.

The duo was one of just two spots in the varsity lineup that won in a 5-2 loss at Delano in the 5AA quarterfinals. They knocked off seniors Emma Condon and Kendall Dreger 6-3, 6-4.

Kelleher and Ostendorf also defeated Armstrong seniors Isabelle Olson and Bryn Anderson, 6-2, 6-1, Oct. 5 during a 6-1 win over Armstrong in the 5AA section opener.

They were 8-3 at No.1 doubles when paired together.

“I feel like they made big improvements toward the end of the year,” Gullickson said. “I felt they really peaked at the end.”

Repplier was coming off back-to-back seasons where she won a section medal by finishing fourth in the 5AA individual doubles bracket. As the No. 1 singles player, she took on more of a leadership role in 2020.

Repplier lost the first set 6-4 before winning the second set 6-4 to force the tiebreaker. Repplier trailed 6-5 in the tiebreaker before scoring five of the final six points for a 10-7 win.

“She grew a lot as a leader,” Gullickson said. “She is a good competitor on match days but is a good leader in practices. Making it to the top four at individual sections as an eighth grader and a ninth grader is outstanding, so I know it is disappointing that she really didn’t get a chance to do that this year.

“It would have been fun to see, maybe getting a chance to get to state. So I know that will be one of her goals – either at singles or doubles – to try to get to state in her final two years.”

Williams defeated Armstrong sophomore Marley Marty at No. 2 singles on Oct. 5, and she fell 3-6, 2-6 to Delano sophomore Bella Molitor on Oct. 7.

“The future looks kind of bright for us,” Gullickson said. “We have kind of been around that fifth, sixth, seventh seed in the section the past five years, so I think our goals going forward would be to finish in the top four, both in seeding and finishing the top four at sections. I think the girls would really like to get to the semifinals.”

Seniors LeAnna Ung (No. 2 doubles), Caroline Kelley (No. 3 doubles) and Kelleher all played in their final high school matches.

Ung was paired with sophomore Vanessa Pham for much of the season, and they defeated Armstrong senior Keshari Flannery and eighth-grader Anna Rausch 6-2, 7-6 on Oct. 5. The duo fell 6-7, 3-6 to Delano sophomores Addie Persian and Katelyn Ring on Oct. 7.

Kelley was paired with sophomore Yulia Horton for much of 2020. The pair defeated Armstrong sophomore Emily Netland and eighth-grader Amelie Robinson 6-4, 6-2 on Oct. 5 and fell 4-6, 1-6 to Delano junior Isabell King and sophomore Gretta Persian on Oct. 7.

“The seniors were super helpful with the leadership this year and working with the girls and just communication, because it has been a strange year,” Gullickson said. “It was really nice for them to get and play and get that final opportunity.”