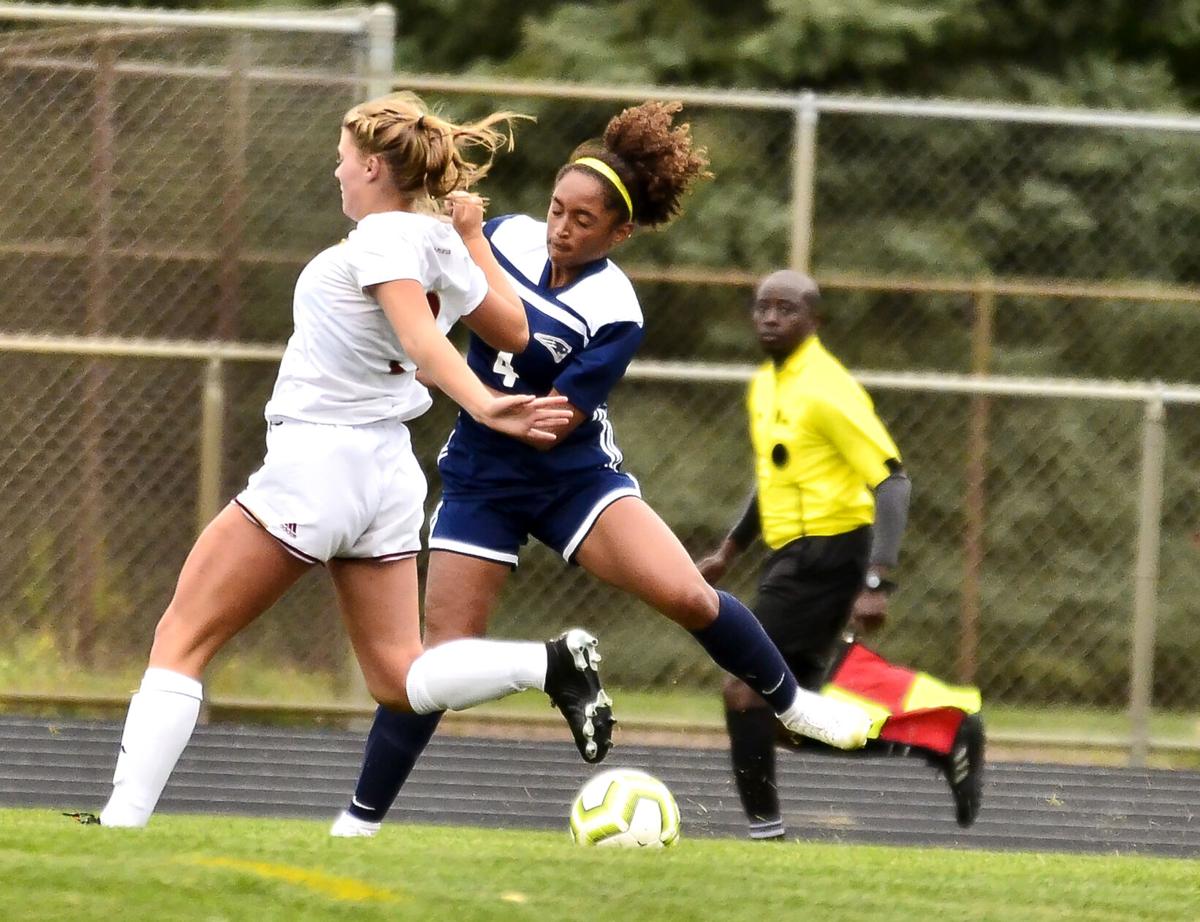 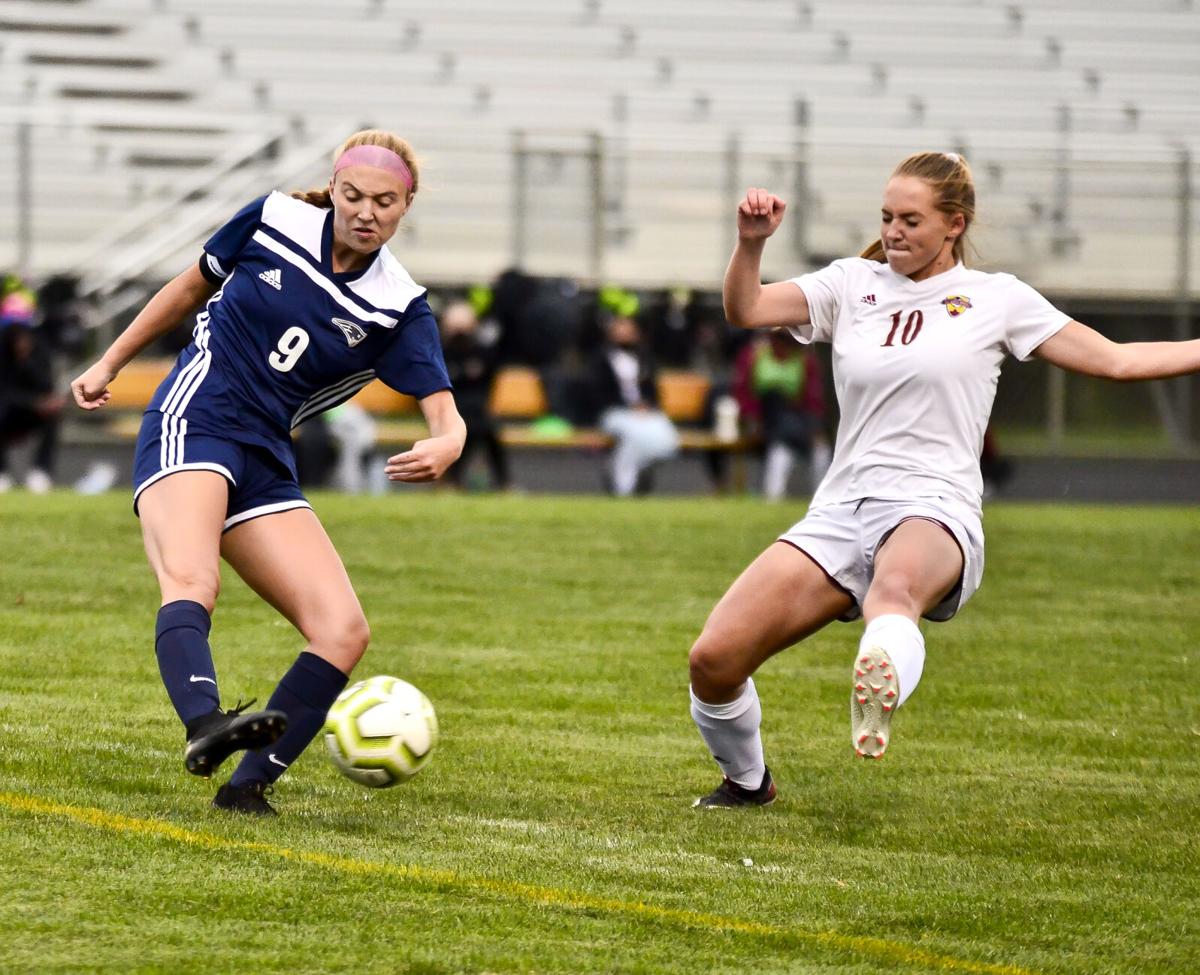 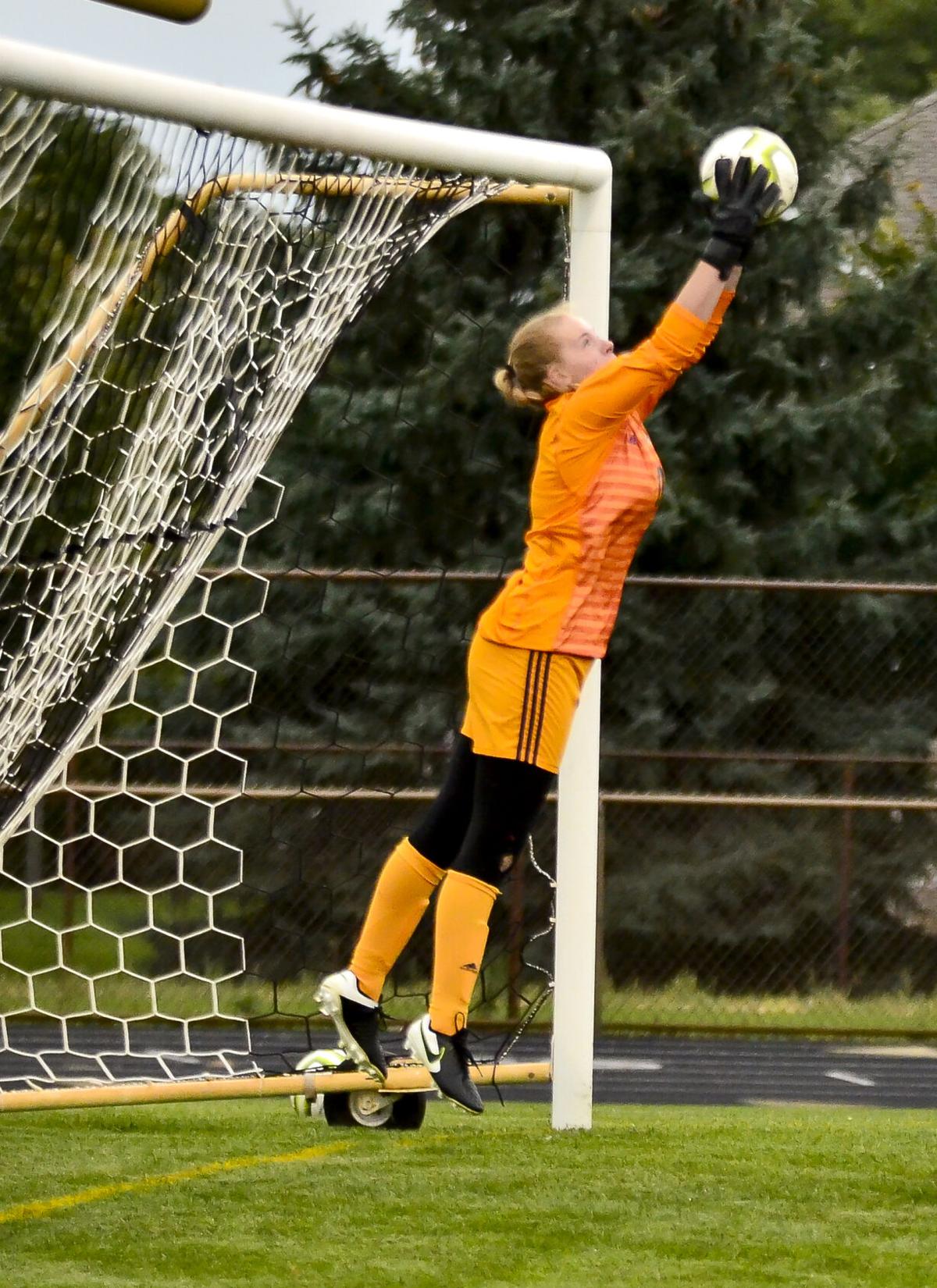 Champlin Park sophomore goalie Sarah Martin makes a save in the second half Sept. 8 against Maple Grove at Champlin Park High School. Martin finished with 11 saves. 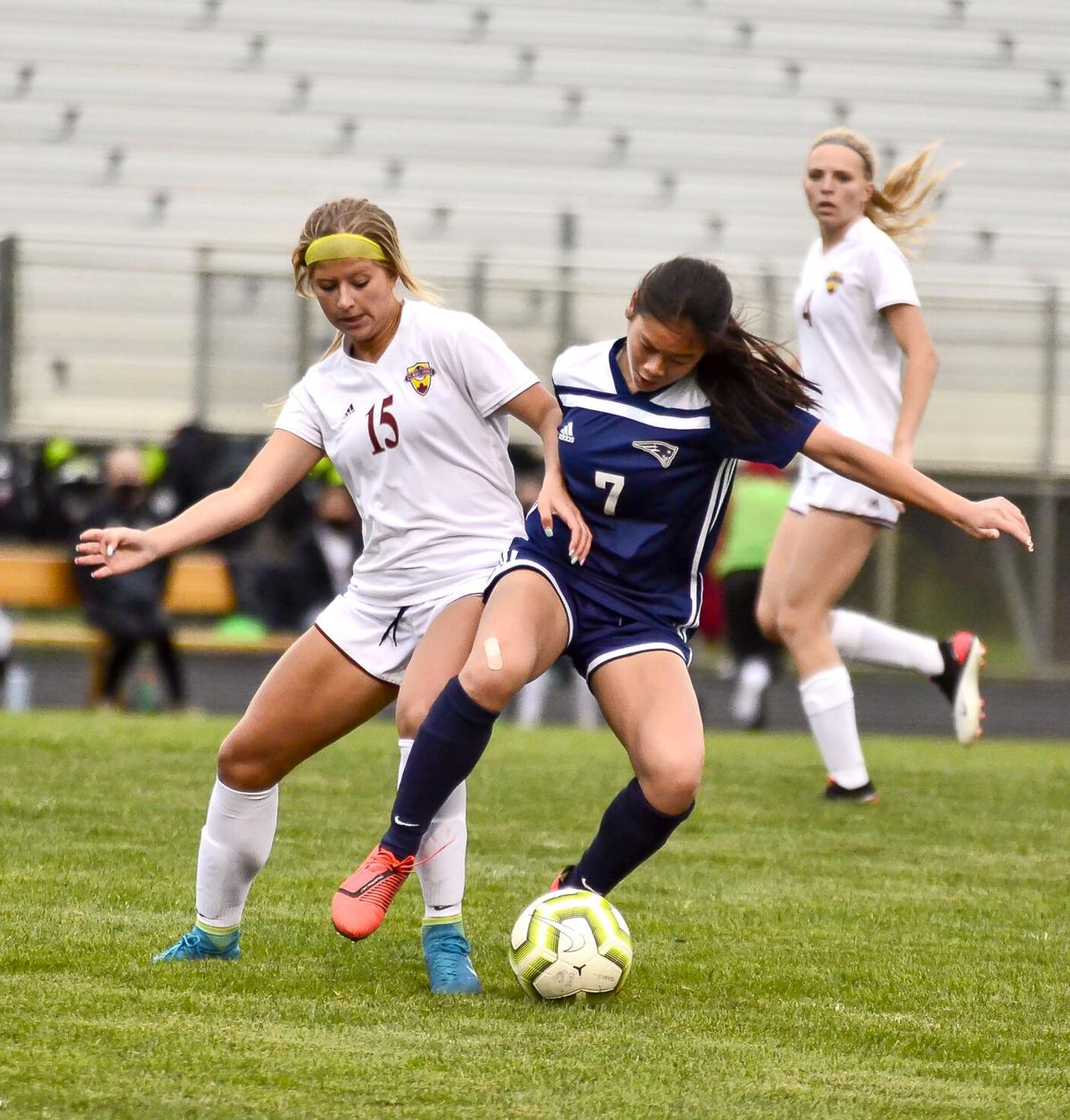 Champlin Park sophomore goalie Sarah Martin makes a save in the second half Sept. 8 against Maple Grove at Champlin Park High School. Martin finished with 11 saves.

Postseason plans are still up in the air in a shortened year due to the COVID-19 pandemic, so each regular season game could be huge in a year where a conference championship might be the only title any team can win in 2020.

And the Rebels (4-0) are now tied with Centennial (4-0) with 12 points in the Northwest Suburban Conference. Champlin Park travels to Centennial at 7 p.m. Thursday, Sept. 17, with first place on the line.

The fourth-ranked Rebels earned a little revenge against defending the Class 2A state champions Sept. 8 with a 3-1 win over the ninth-ranked Crimson.

Last season, Maple Grove tied Champlin Park in the regular season and defeated the Rebels in the state semifinals before winning the title.

Senior captain forward Maille Mathis scored twice, and sophomore goalie Sarah Martin made 11 saves – with the only blemish coming on a penalty kick from senior midfielder Hannah Zahn in the 56th minute – to help Champlin Park earn the victory in 2020.

It only took 11 minutes for the Rebels to get on the scoreboard. Senior captain midfielder Megan Carlson was able to get a pass to Mathis on a scoring chance, but the Crimson had several defenders in the area.

Mathis was able to gain an angle at the net and took a shot about 30 yards out that was out of reach of Maple Grove senior goalie Jordyn Lamker. The ball went into the net on the right side for a 1-0 lead.

It was another 11 minutes later that Champlin Park made it 2-0.

Sophomore forward Paige Kalal took a corner kick from the left side, and senior captain defenseman Lauren Gauthier was able to get into the box and finish the play with her left foot.

The ball squeaked by Lamker on the left side of the net.

Senior captain midfielder Delaney Johnson also had a shot that hit the crossbar in the 37th minute, and junior midfielder Katelyn Qualley had a chance on the ricochet that was saved.

Junior defenseman Bella Vannavong helped keep the game 2-0 in the 39th minute by winning a header in the box to clear the ball, and Martin was able to leap and save a shot by Maple Grove senior forward Emma Fournier with 10 seconds left in the half.

Mathis and Carlson connected for another goal in the 55th minute that made it 3-0.

Carlson passed the ball ahead to Mathis who used her speed to win the chase to the ball. She took a shot with a 1-on-1 with Lamker and buried the ball into the upper right of the net.

Martin made another nice save on a header by senior defenseman Kylie Baranick with a two-goal lead near the end of the game, and both junior forward Maaike Modene and Fournier had shots in the penalty box that sailed over the net.

Lamker finished with seven saves for the Crimson.

Mathis, Kalal, Johnson and Qualley each had two goals and two assists, and junior forward Hannah Schnellman finished with a goal and an assist.

Champlin Park scored 12 goals in the first half to force a running clock for much of the game.

Champlin Park girls soccer earned four selections to the 2019 Minnesota All-State team this season – and three are coming back next season.