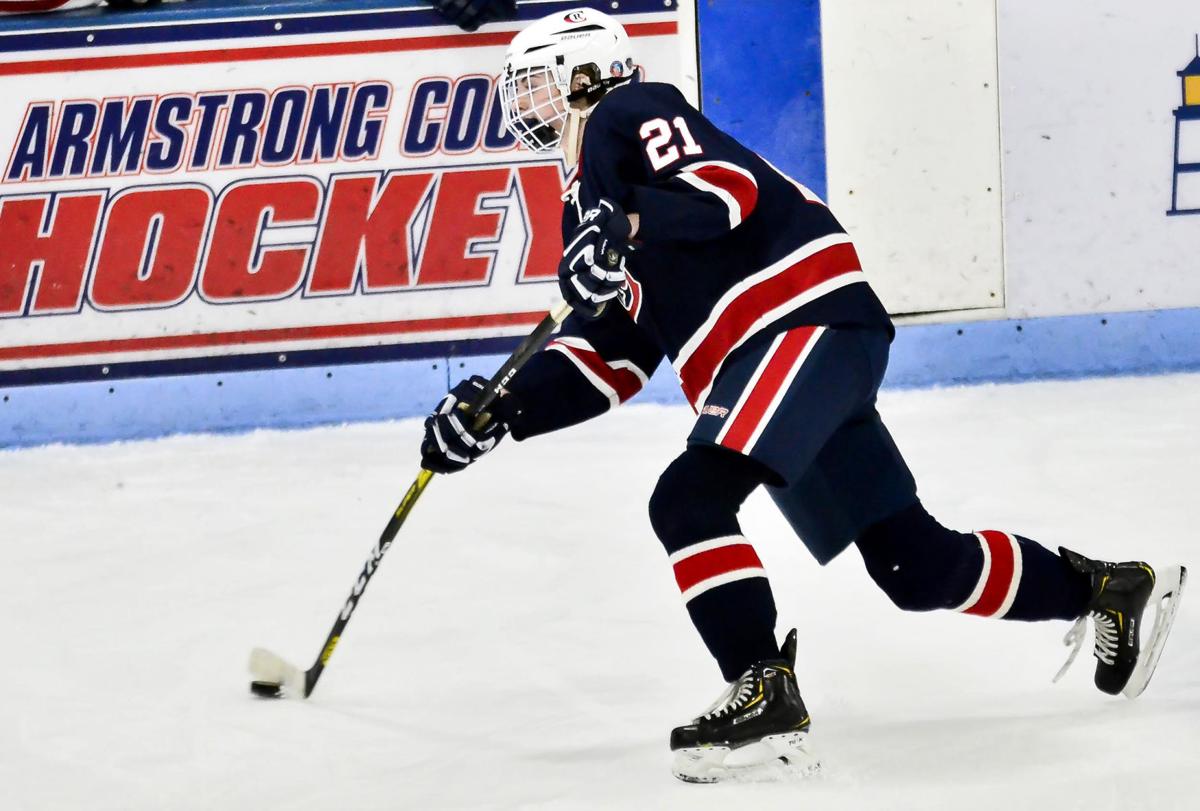 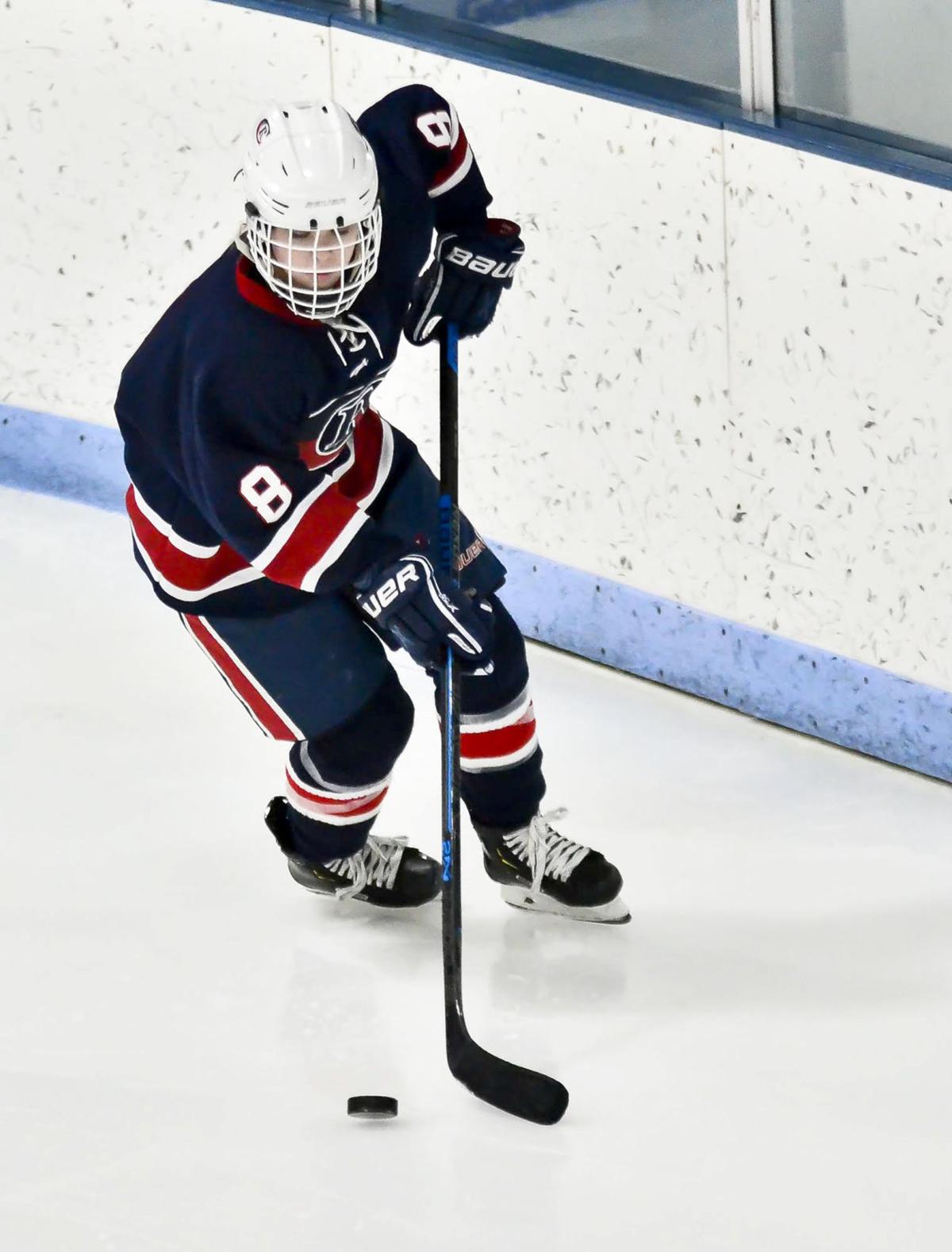 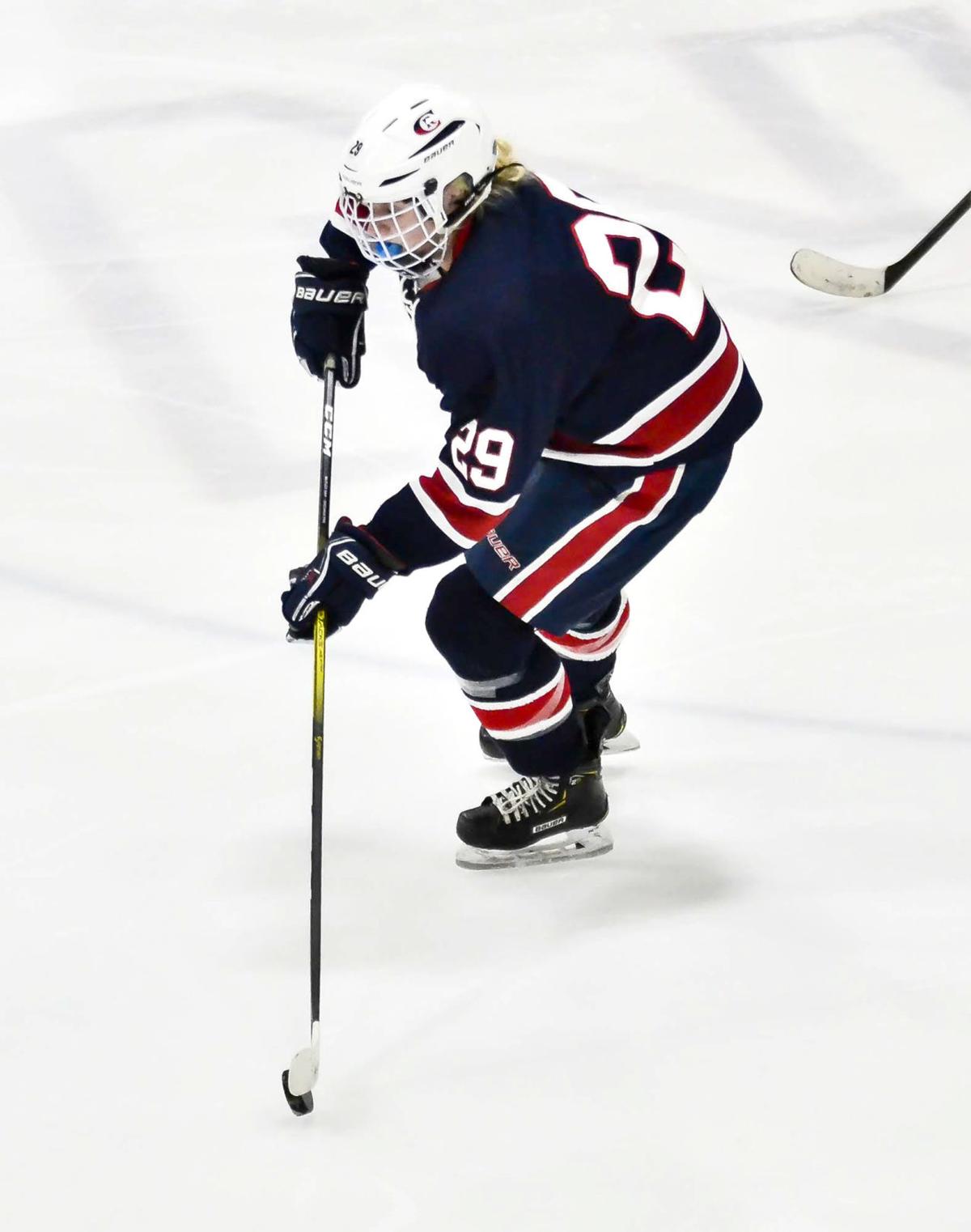 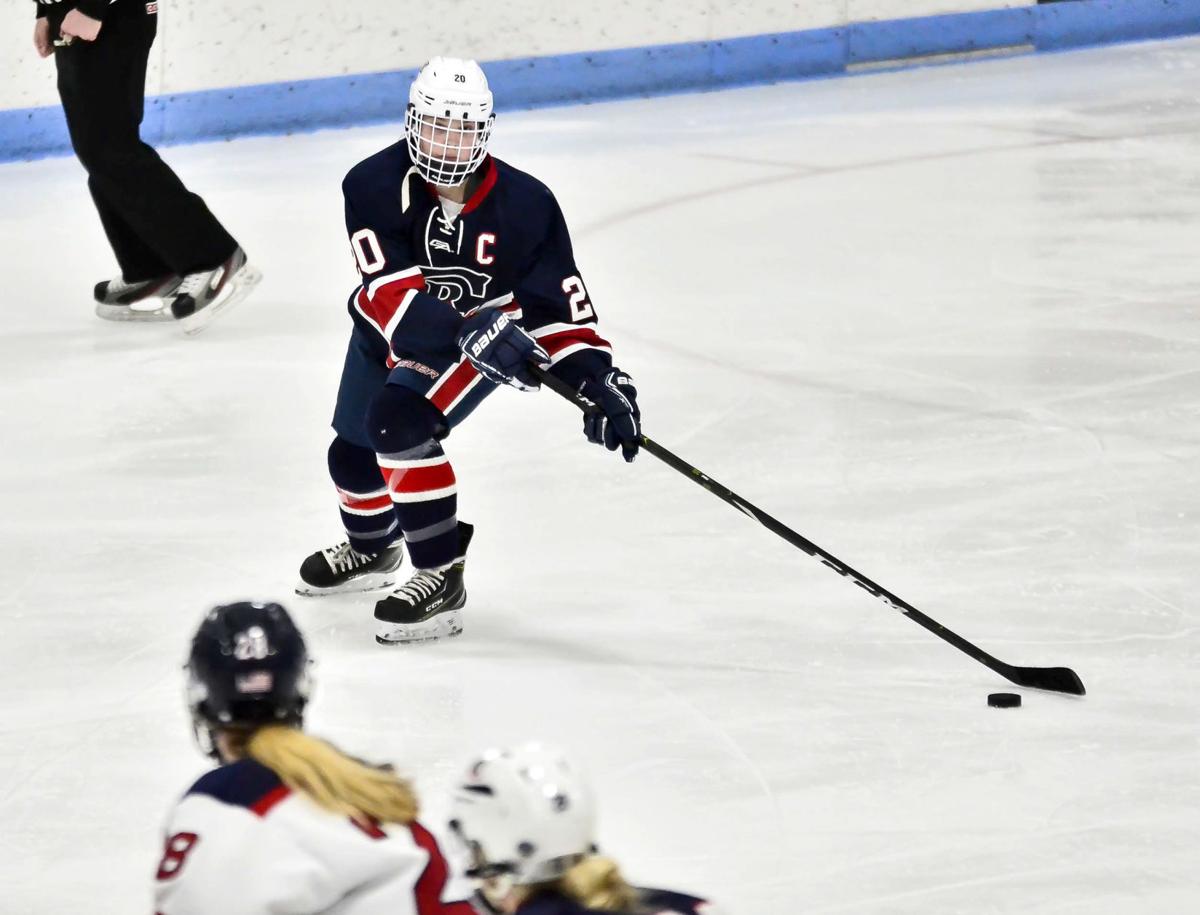 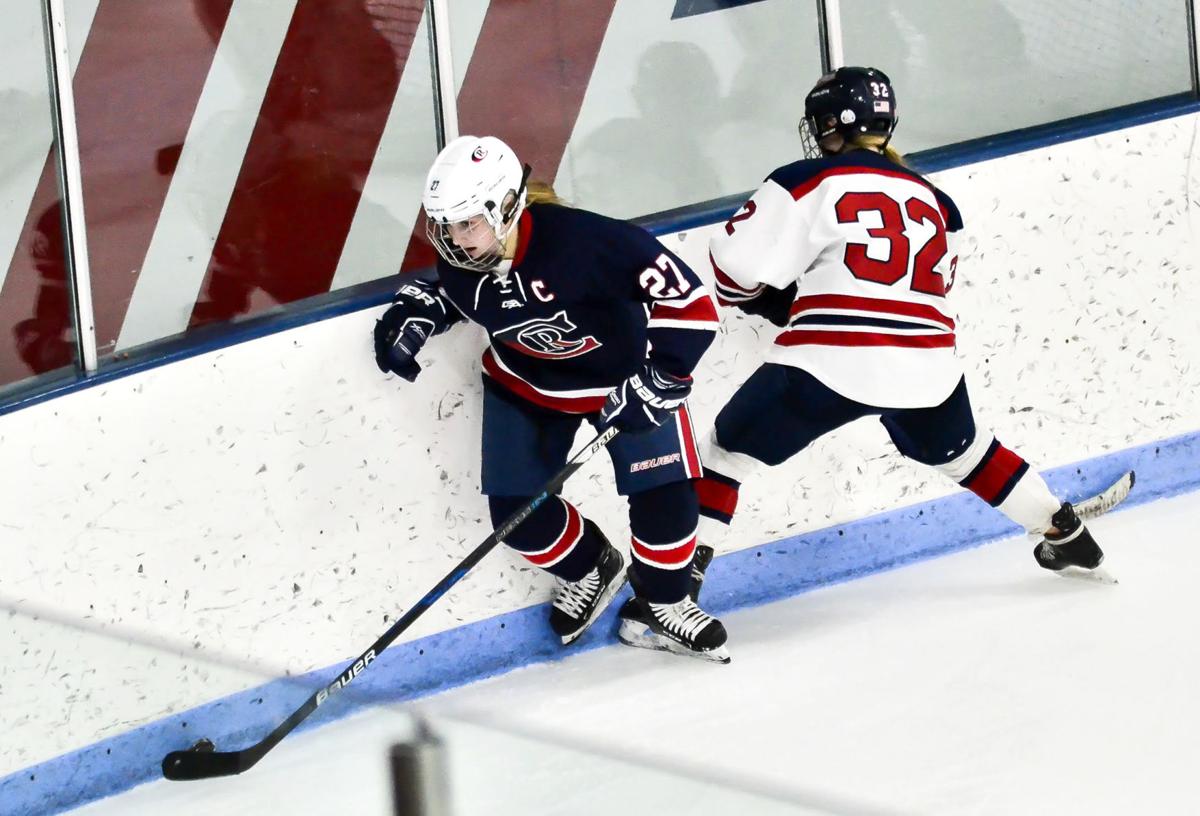 The Rebels (14-11-1 overall, 5-5 Northwest Suburban Conference) made strides as a group this season with a mixture of experience levels gaining postseason recognition.

“We really had a great season and all the kids that had some postseason accolades were definitely more than deserving for what they got.” coach Jim Koltes said.

Delaney Johnson was the leader in points for Champlin Park/Coon Rapids. She finished with 19 goals and 10 assists, including two power-play goals, two power-play assists and four game-winning goals.

She is expected to continue to be the leader for the Rebels next season.

“We’re super excited to have her back,” Koltes said. “I think it will just take us to another level. She’s a kid that’s just gotten better and better every year, and the kid just absolutely loves hockey. If you watch her play, she just absolutely just loves the game.”

Delaney Johnson has already been talking to a few Division I schools amidst the new NCAA recruiting changes that doesn’t allow coaches to talk to players until Aug. 1 of their junior years.

The recruiting process is also on hold due to the COVID-19 pandemic which puts her in a holding pattern.

“That’s a kid who busted her butt every day for two years behind Baleigh, and then when she got the chance, she was still the hardest working kid that we had,” Koltes said. “For her to get the honor was awesome and deserving.”

Both Delaney Johnson and Elyia Johnson were also named to the CCX All-Area team, as well, this season.

As a power forward, Koltes said that he and the coaching staff likes her to shoot the puck, but it all clicked this season with her amount of production. And there were even seven or eight games where she played with a slightly pulled hip flexor.

“I don’t want to say she came out of nowhere because we knew she had some talent,” Koltes said. “It just happened for her. … We’re really excited about her coming back next year.”

Peterson and Scott were two of the top defenseman for the Rebels this season.

Peterson finished with seven assists, including a power-play assist. Peterson, like Delaney Johnson, is in a holding pattern for recruiting, but Koltes said that she has the potential to be a Division I player as well, and Bemidji State (Minn.) University has already called him about her.

Koltes said that it took a while to get going this season as she took on a new role with the graduation of Hannah Lynse, who plays defense for the NCAA Division III College of St. Benedict’s (Minn.).

“It took her a little bit to get used to the different minutes and different situations, but by just before Christmas, she was probably our shutdown defenseman,” Koltes said.

Koltes said that she was not only a great shutdown defenseman but was also an offensive threat.

Koltes said that he has talked to about seven or eight Division I schools about her, despite them not being able to officially recruit her until she is a junior.

“Kylie’s got the potential to be one of the best defensemen in the state by her junior year,” Koltes said. “She’s a really, really good hockey player.”

McClellan was another top defenseman. She had a goal and six assists, including a power-play goal and two power-play assists.

McClellan grew as a hockey player from a freshman to a senior, Koltes said.

Beczkalo moved back to the second line this season for leadership purposes and team strategy purposes, and Koltes said her attitude about it was “awesome.”

“It ended up creating more and more assists for her this year on that second line” Koltes said.

Terebayza, a Coon Rapids sophomore, is another power forward who likes to shoot the puck.

“She’s got some pull-away speed,” Koltes said. “She’s quick and shoots the puck really well, so we are really fortunate to have her.”

This season ended in a heartbreaking 3-2 loss in triple overtime in the 5AA section quarterfinal against Anoka/Spring Lake Park.

The seniors graduating will be missed with three of them earning postseason awards, but there will be a strong core back next season.

Koltes said there is excitement for the future with the girls coming back next season.

Goaltending is an unknown, but the program has girls that can step up, Koltes said. Elyia Johnson didn’t play a lot of minutes behind Shuck last season, and she stepped well with a postseason award.

Koltes said he expects the two or three players that will compete for the position next season to either split the job or someone to win the job.

It also helps to have Peterson, Scott and junior Alaina Hedlund on defense, Koltes said.

“We kind of have some kids in place to help out the goaltending a little bit earlier in the year and let the goaltenders settle in, and I think we will be in good shape,” Koltes said.