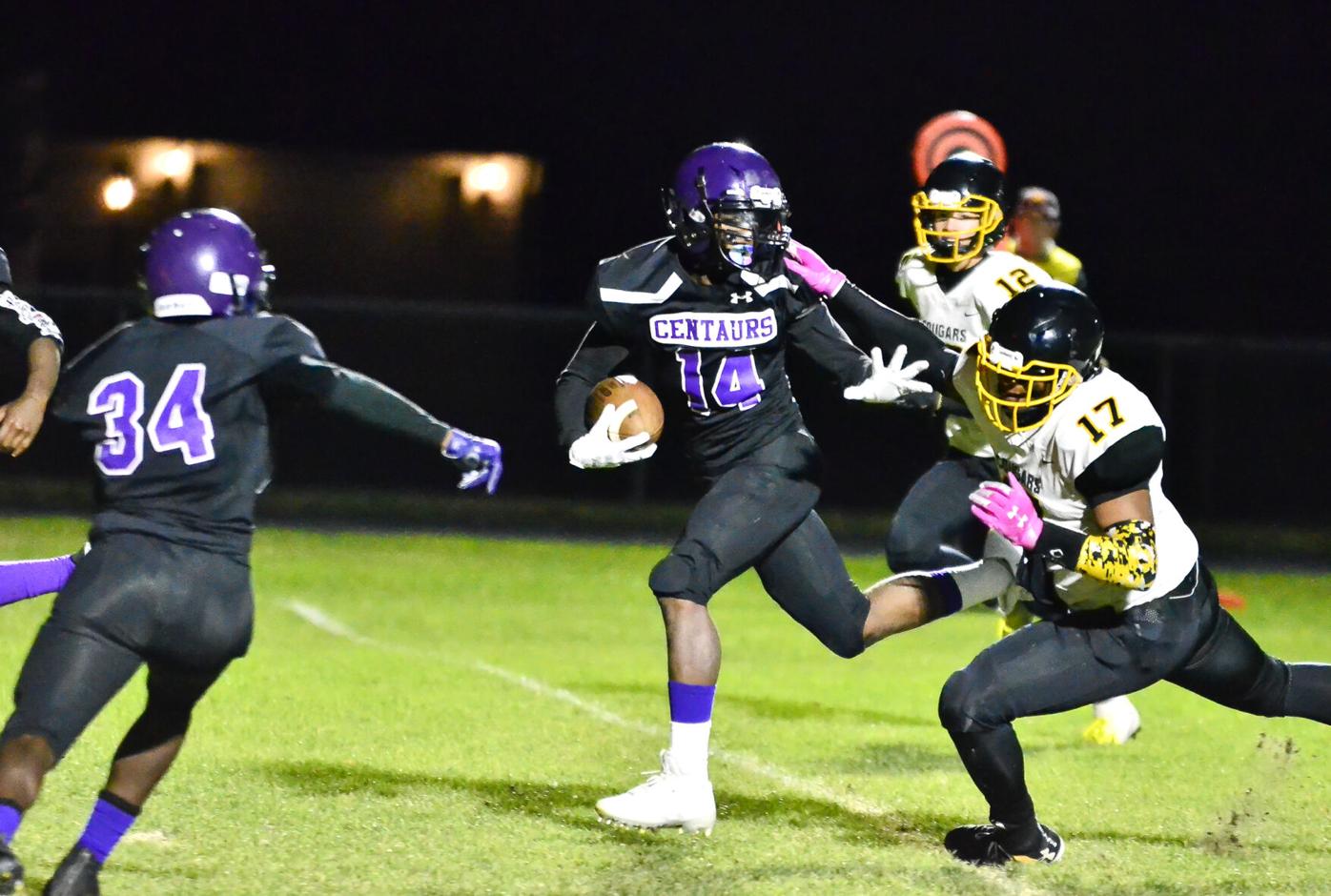 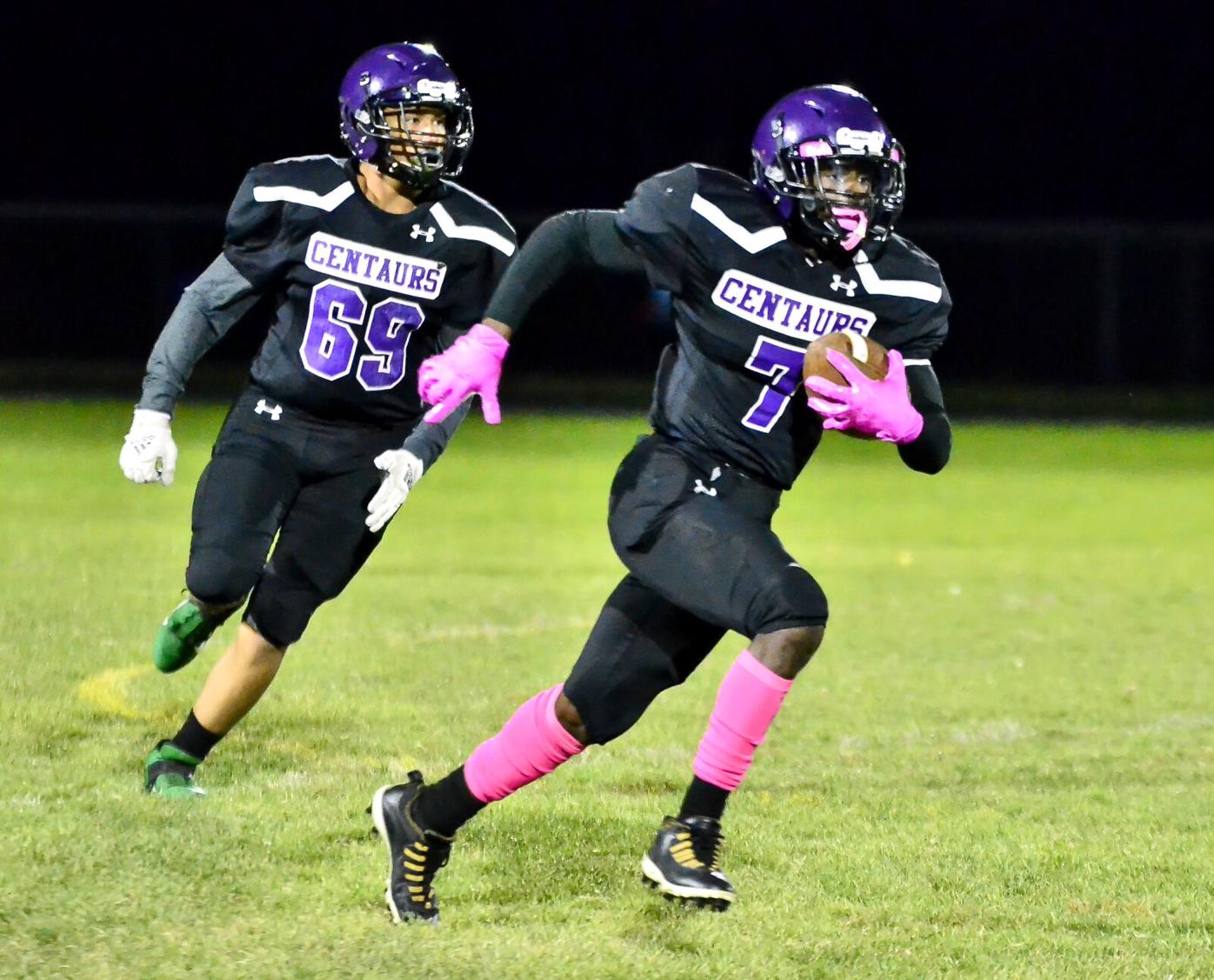 Brooklyn Center senior Warren Kinney runs for a first down Oct. 26 against St. Paul Como Park in the 4AAAA section quarterfinal. Junior offensive lineman William Arana is in the background. 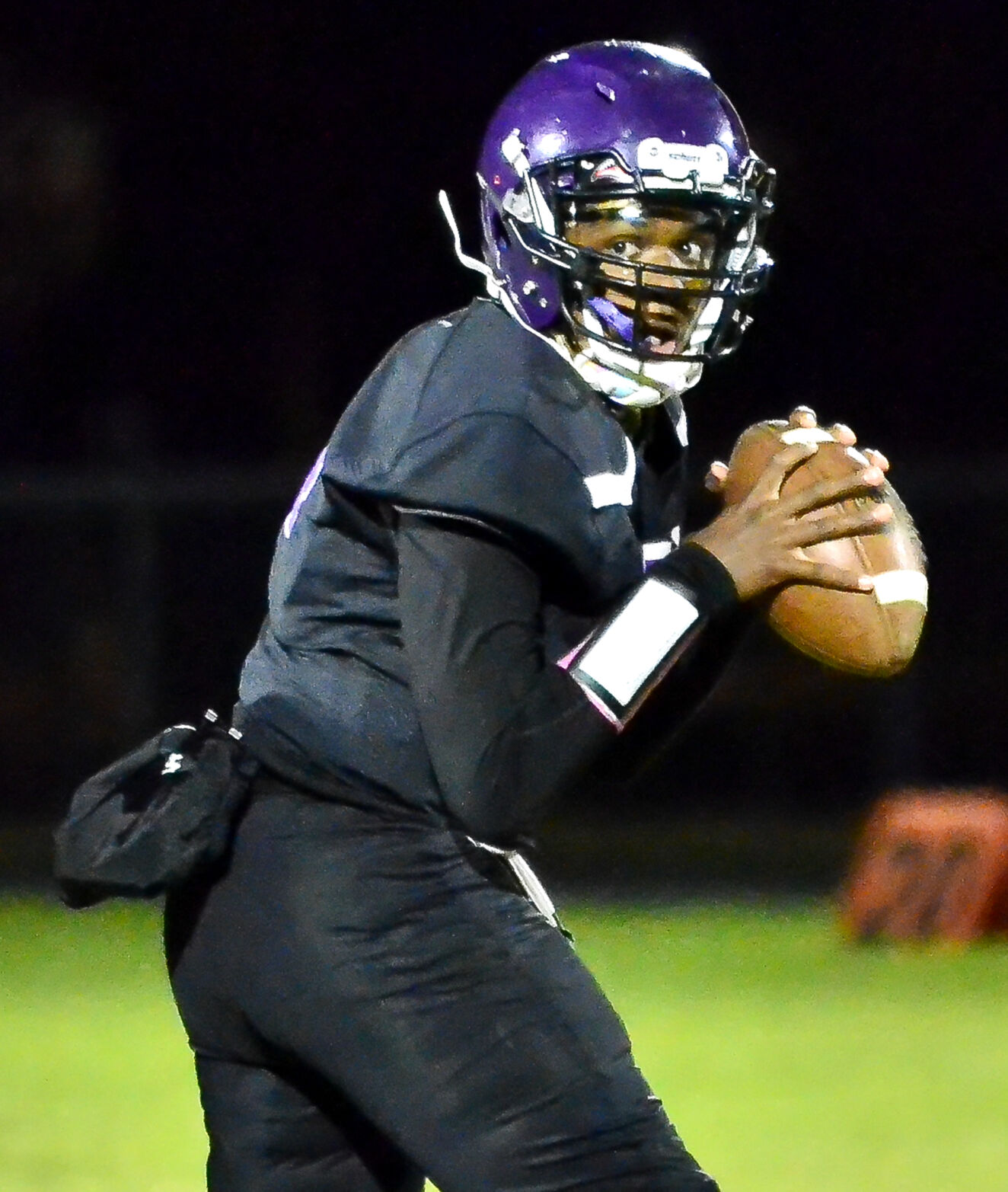 Brooklyn Center senior Warren Kinney runs for a first down Oct. 26 against St. Paul Como Park in the 4AAAA section quarterfinal. Junior offensive lineman William Arana is in the background.

The host fourth-seeded Centaurs (5-4 overall) had a chance to go up early but had a drive end after an interception in the end zone. Fifth-seeded Como Park (4-5) scored twice to take a 14-0 lead before Brooklyn Center reached the end zone.

Como Park went up by 24 before the Centaurs were able to score again, and things looked to get a lot closer when senior running back Romerus Sykora seemed to return a punt for a touchdown in the fourth quarter.

But the referees discussed the play and ruled that the ball had crossed the goal line before Sykora picked the ball up. That took away the touchdown as the punt ended in a touchback.

The offensive drive later ended in a turnover on downs with a pass from sophomore quarterback Deshaun Pongsak to Sykora falling one yard short of a first down.

Como Park scored again to go back up by 24 points before closing out the game.

Senior Warren Kinney picked off senior quarterback Jude Breen in the first quarter to set the Centaurs up with a 1-10 on the Como Park 15-yard line.

Sykora ran 15 yards for the touchdown, but the play was called back for a flag. Two plays later, Pongsak was intercepted by junior Gabe Napiereia in the end zone.

Como Park then went 80 yards on 14 plays, capped by a 1-yard touchdown run by senior Santos Aguirre. Breen then connected with senior Caleb Depaul for the two-point conversion to make it 8-0.

Breen later had a completion to Aguirre on a screen pass that turned into a 24-yard touchdown, making it 14-0 after a failed two-point conversion.

Brooklyn Center’s offense finally got going on the next drive with Pongsak and Sykora connecting for a 24-yard gain, and Sykora running 14 yards for another first down.

After a personal foul, though, the Centaurs had the ball on the Como Park 26-yard line with a third-and-17.

Pongsak helped erase the mistake with a dart to junior Jeremiah Flomo on a 26-yard deep slant to get Brooklyn Center into the end zone.

But the momentum was short-lived with Breen going deep for a 45-yard touchdown pass to junior Steven Rein with less than a minute left in the first half. Breen later hit Depaul again for a two-point conversion pass, pushing the lead to 22-6 at halftime.

Aguirre added a 12-yard touchdown run on the first drive of the third quarter, and senior Fojuan Bennett scored a two-point conversion run to make it 30-6.

Brooklyn Center did come up with one big play later, though. Pongsak completed a pass to Sykora on a 71-yard touchdown. The two connected again on a two-point conversion pass to make it 30-14.

But Aguirre’s 14-yard touchdown run in the fourth quarter with Bennet scoring the two-point conversion again put the game out of reach.

The game ended on an interception by Como Park sophomore Antoine Williams on a pass by Sykora.

Pongsak ended up 5-for-15 for 125 yards, two touchdowns and two interceptions. Kinney had nine carries for 45 yards, and Sykora had 11 carries for 42 yards. Sykora also caught three passes for 104 yards and a touchdown.

Flomo caught two passes for 22 yards and a touchdown.

Brooklyn Center football earned a home game in the 4AAAA section tournament this season after earning a No. 4 seed.