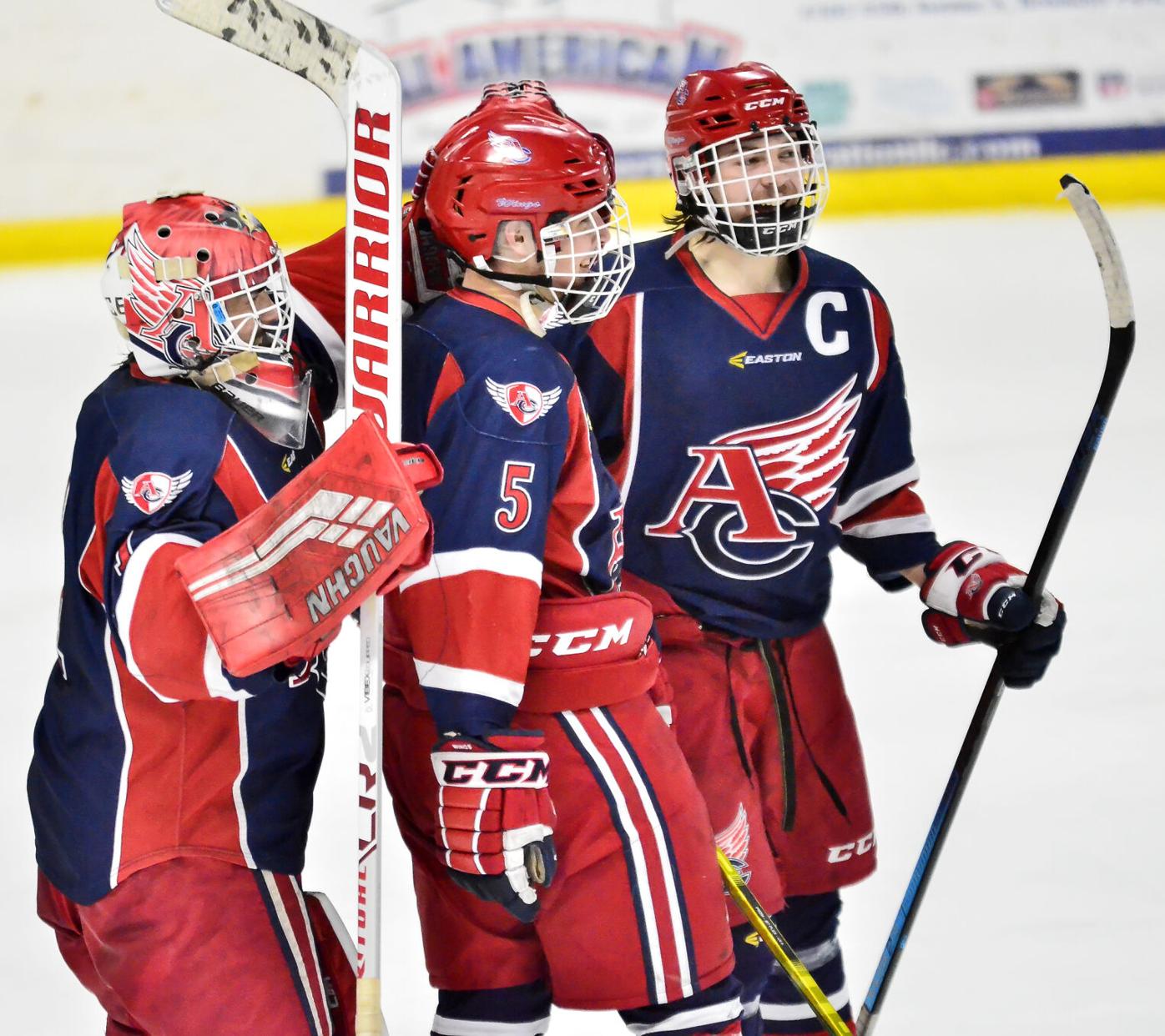 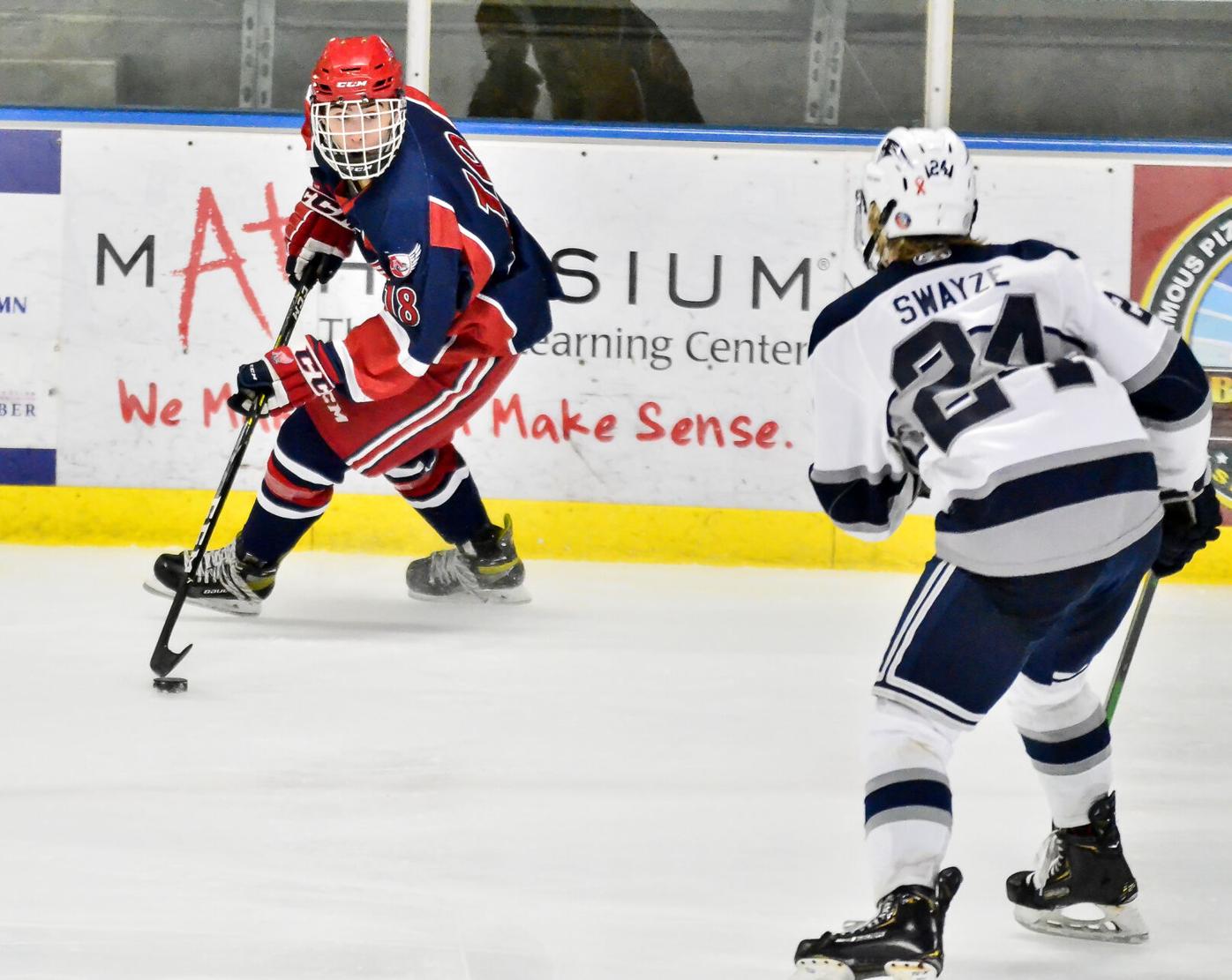 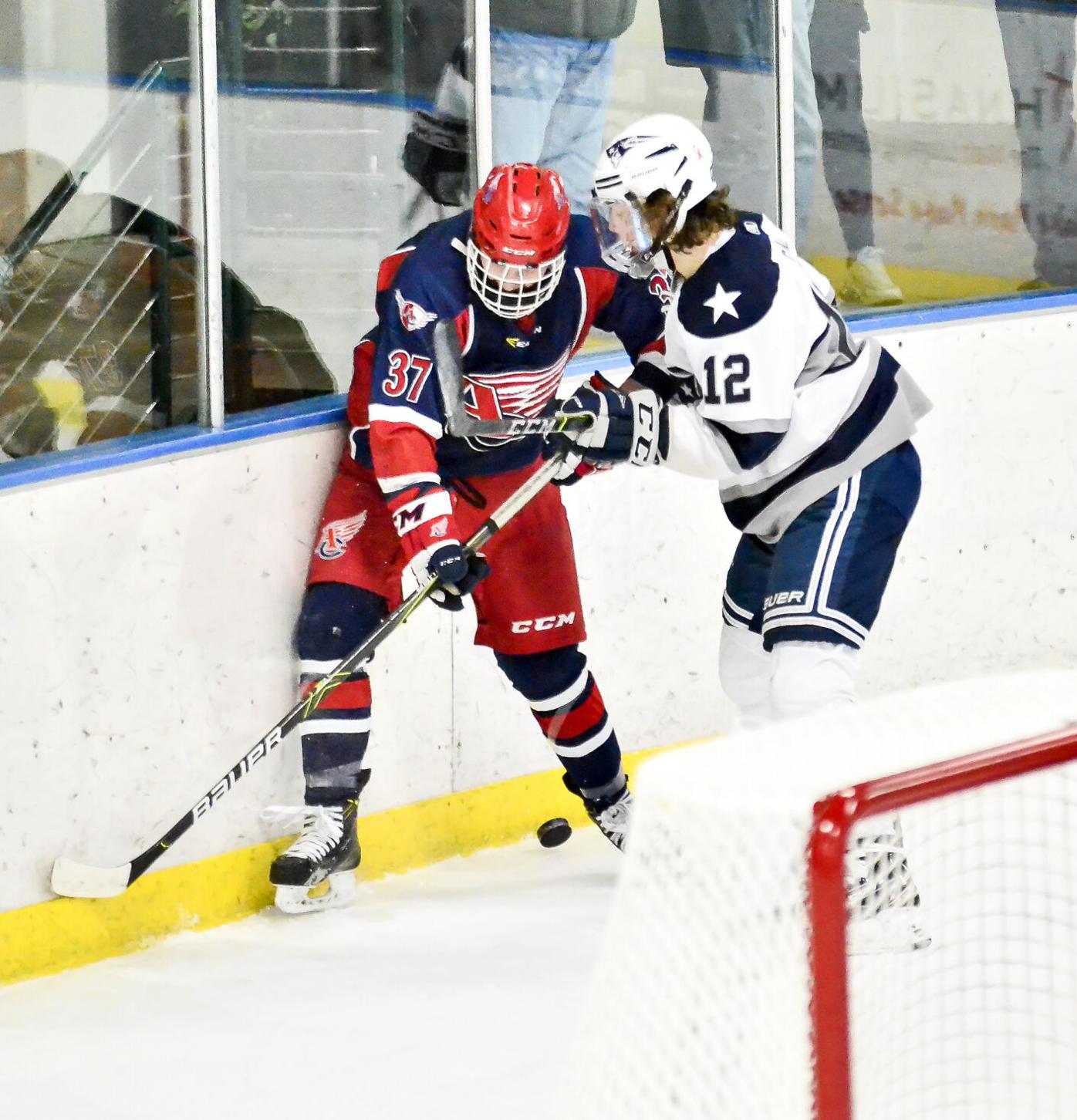 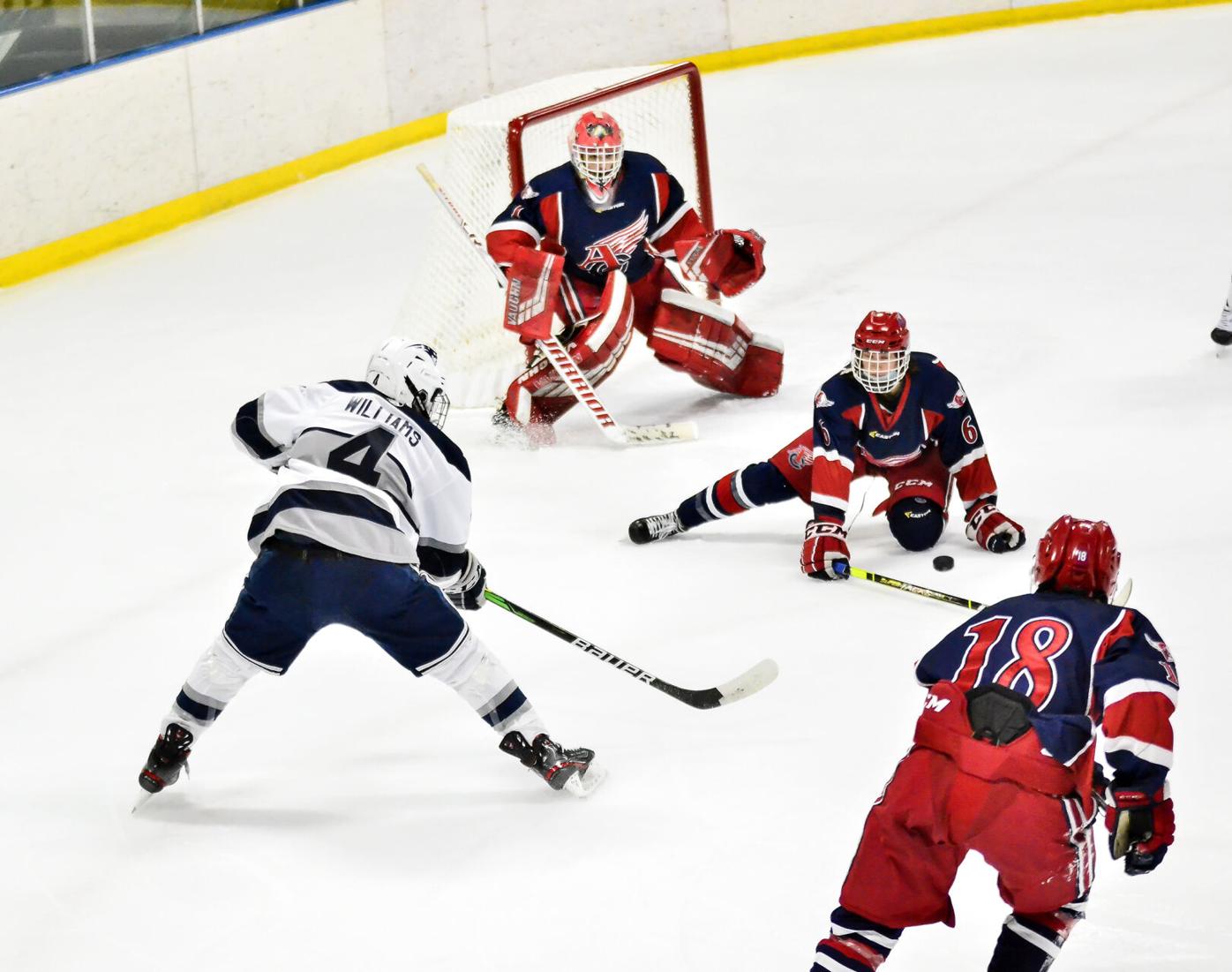 Armstrong/Cooper boys hockey has something else to play for now with the Minnesota State High School League approving a state tournament this season.

At the beginning of the year there wasn’t much knowledge of what the postseason would look like because of the COVID-19 pandemic. But now that a state tournament is approved, there should be a little extra motivation across the state.

The Wings (5-4 overall) moved from the 6AA section to the 2A section last season and will remain in the same section again in 2021. They were an overtime goal away from advancing to state for the first time in program history, and now they can prepare to make another run this season to break through sections.

Teams like Delano, Orono, Breck, Southwest Christian Academy and Minneapolis are all expected to be tough teams to beat in the section. Breck is ranked eighth in Class A, but coach Dan Charleston said that all of the teams have little separation with one another and that it is any team’s section to win.

With a state tournament now possible, Charleston said he hopes the guys remain excited even with spring sports on the horizon.

“I hope that our players can just stay in the moment here and not be looking to swing the golf clubs too soon as the season winds down here,” he said. “And just keep reiterating that, anything is possible here, and we have just as good of a chance as any team in our section to go on and do some special things.

“It should be a hell of a run just like last year was.”

Getting ready for sections in a shortened season without the chance to play some of the Class A teams is a challenge. But luckily for the Armstrong/Cooper, the Northwest Suburban Conference schedule might be one of the toughest in the state. Maple Grove is the top-ranked team in the state, and many other teams have strong programs like Andover, Blaine and Centennial.

The Wings already won an overtime game against Anoka this season and added a 4-1 win over Champlin Park Feb. 11 in a game that was tied after two periods.

Getting some experience in pressure situations can go a long way.

“You can’t score three goals on one shot,” Charleston said. “It’s just sort of that mindset of moving the needle forward a little bit, little bumps here and there and continuing to get better and better and better.”

The ebbs and flows of a season are similar. After a tough stretch, Charleston said that he tries to refocus the team for what they are trying to accomplish.

Are they playing games just to play games or are they trying to prepare for anything that might happen at sections? The goal is always to be better the next night and to avoid setbacks or quickly correct them, especially with just nine games remaining in the regular season, Charleston said.

“Those are going to be two really good opponents for us,” Charleston said. “That is going to be another chance for us to build our case and sort of be better than we were by the end of the week.”

A game against Rogers (7-2) should also be tough after Armstrong/Cooper lost 1-0 earlier in the season.

The Wings might have been outshot against Champlin Park on Feb. 11 inside Champlin Ice Forum, but it was Armstrong/Cooper that came away with the 4-1 win.

A key was the Wings taking only two penalties, which allowed for more 5-on-5 skate time, and they were able to play well in the defensive zone with senior goalie Owen Reeve turning away 27 shots.

Armstrong/Cooper also had some blocked shots and were able to get some key clears when needed.

And the penalty kill – which has been a strong point all season – did its job when it was called upon.

Senior Ryan Badertscher had a blocked shot in the second period, and freshman forward Jameson Essen took away a chance with a well-time poke check with the game tied 1-1.

Senior forward Jack Potter, who scored the first goal in the first period with assists from senior defenseman Max Korbel and Badertscher, helped the Wings take the lead.

Senior forward Evan Dimich received the puck on a pass by senior forward Noah Weisjahn, and Dimich put a perfect pass on Jack Potter’s stick during a 2-on-1 rush.

Jack Potter buried the goal past the glove hand of Champlin Park senior goalie Hayden Huybers for the 2-1 lead with about eight minutes to go.

Champlin Park killed off a penalty soon afterward, but right as the Rebels went full strength, Armstrong/Cooper still had possession.

Jack Potter took a shot from the point that was saved, but the puck was knocked in by freshman forward Tanner Rausch on the rebound for a 3-1 lead with 5:17 to go.

The Wings did have to kill off one more penalty, but Reeve made a nice kick save and Weisjahn had two blocked shots to hold off Champlin Park.

Armstrong/Cooper had a 9-8 advantage in the third period, but Champlin Park outshot them in the game, 28-18.

Charleston said that Reeve in the net gives confidence that the Wings can receive 40-50 shots in a game and still have a chance to win. But one of the areas he wants the team to understand is that being defensive minded can help get a win regardless of how many goals you can score.

“Last year’s team, we scored quite a bit of goals, and I feel like sometimes we get so wrapped up in wanting to have an offensive production, sometimes you don’t really remember that you only need one goal to win a game,” Charleston said. “Obviously, having Owen back there really helps us. It sort of calms us down. The smarter we are with the puck within the D-zone and trying to get pucks in and pucks out and limit our turnovers and obviously if we can limit our trips to the penalty box, that’s only going to help us.”

The Wings are 4-0 overall this season when outshooting their opponents, and they are 3-1 when committing two penalties or less. The goal every game is to commit three penalties or less, but Charleston said he understands that can be difficult in high school with so many emotions to deal with.

So he and his staff preach about not committing bad penalties – hooks, grabs or slashes – but remaining aggressive on the forecheck and in other areas.

The penalty kill, which is run by assistant coach Mike Phillippi, has been impressive so far with over 70 percent of opponents’ power plays leading to no goals. So Armstrong/Cooper isn’t scared about going on the penalty kill.

However, there can be drawbacks to being on the PK too much in a game, regardless of the energy that can be gained from a successful kill.

The flow of the game could be affected, and the bench can be affected.

“I don’t like to break up the mojo of the bench because then guys are getting short-shifted or their turn is up and they don’t go out,” Charleston said. “They get passed over just due to having a penalty.”

The Wings also limited their penalties to two and killed off both.