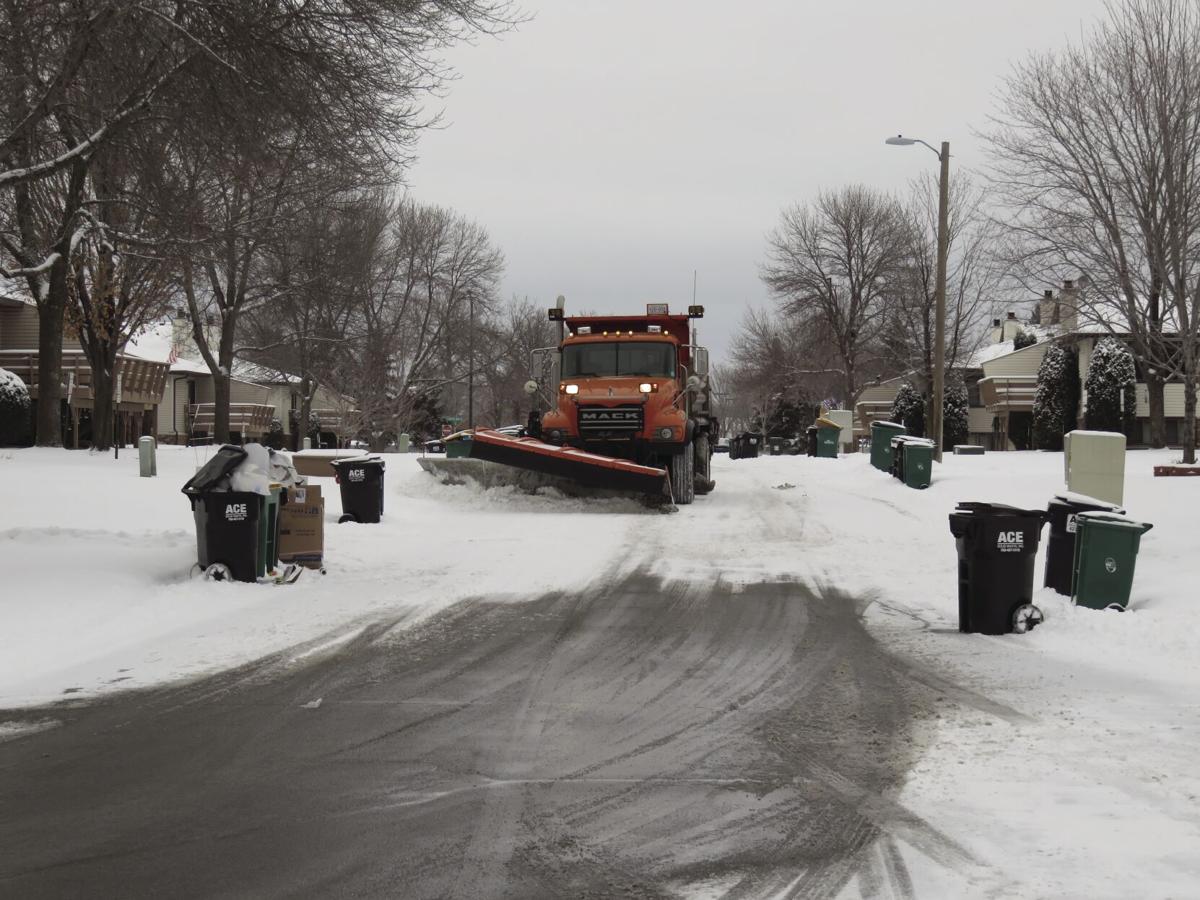 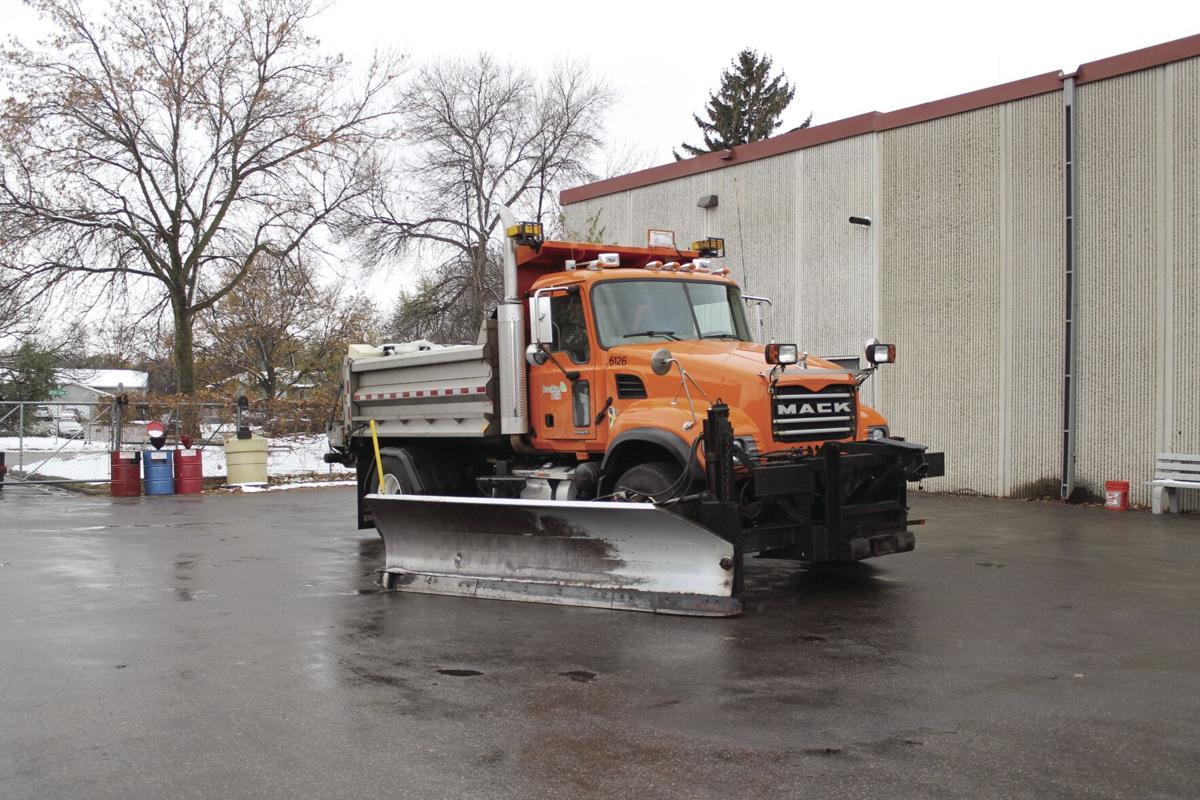 A snow plow returns to Brooklyn Park’s operations and maintenance facility at 8300 Noble Ave. after de-icing bridge decks the morning of Oct. 23. 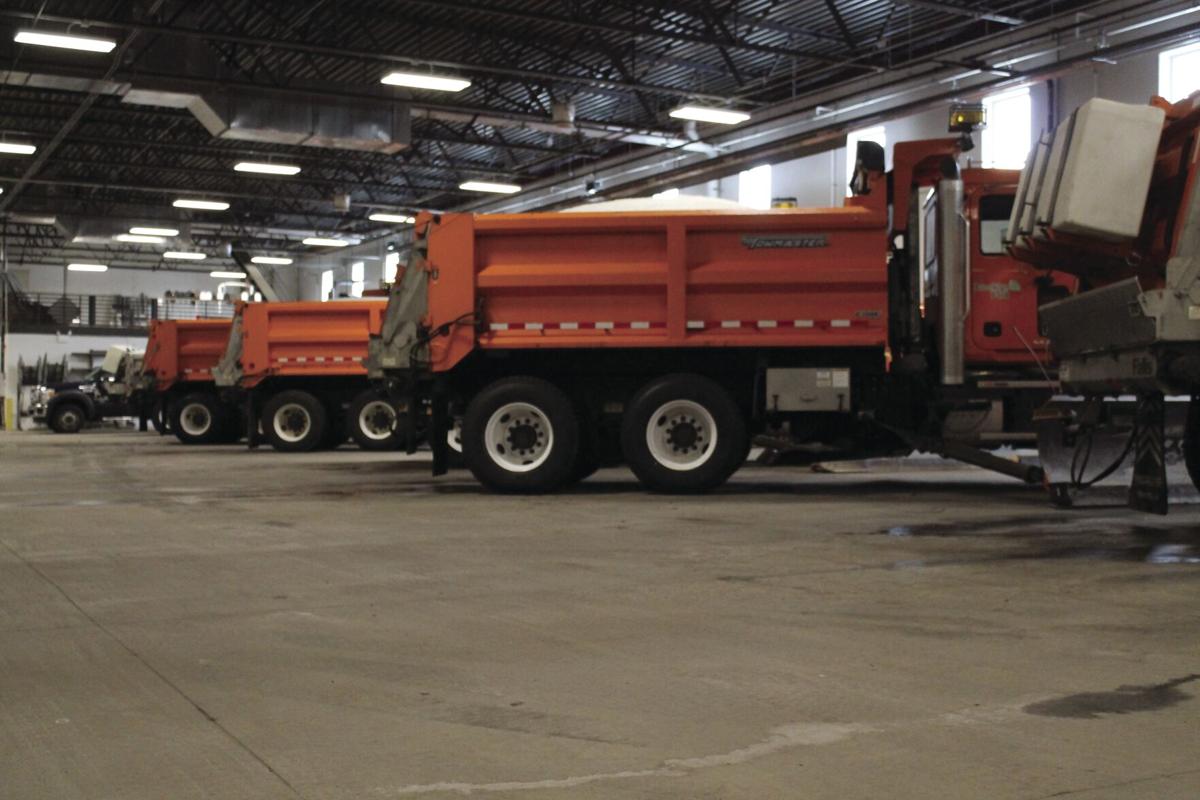 Both Brooklyn Center and Brooklyn Park will tow vehicles left in the street during declared snow emergency events. 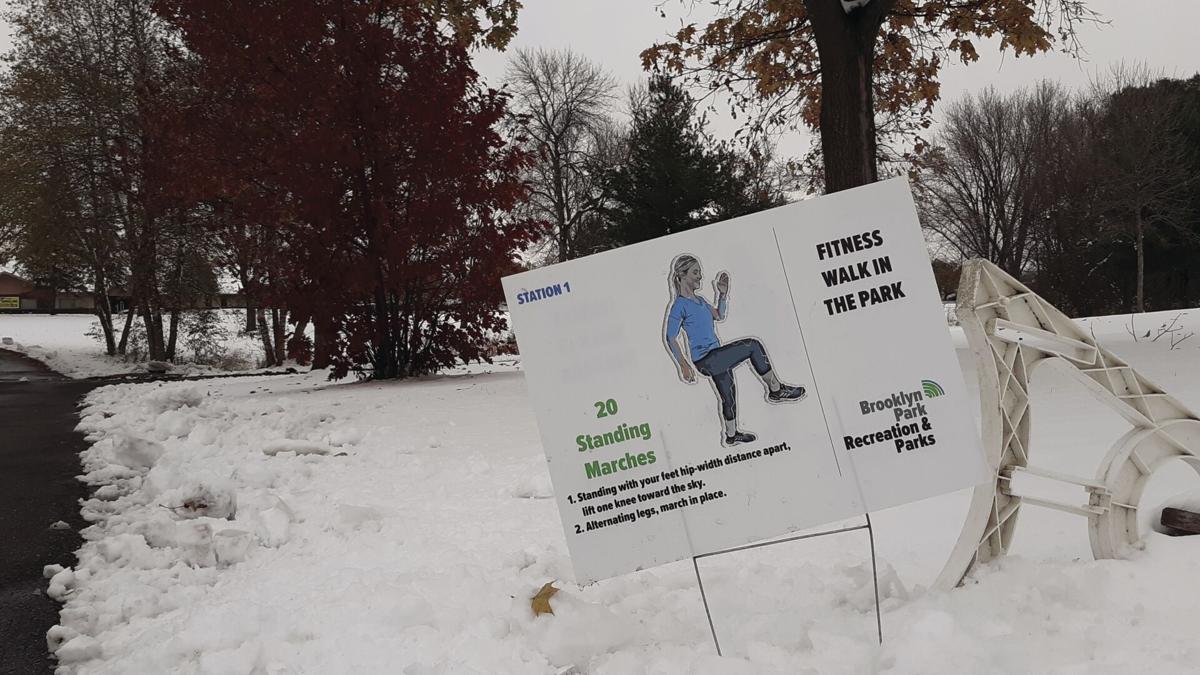 A snow plow returns to Brooklyn Park’s operations and maintenance facility at 8300 Noble Ave. after de-icing bridge decks the morning of Oct. 23.

Both Brooklyn Center and Brooklyn Park will tow vehicles left in the street during declared snow emergency events.

With snow falling early in 2020, residents that don’t mind their city’s street parking regulations may find themselves on the phone with a towing company.

Since 2018, residents in both Brooklyn Center and Brooklyn Park can have their vehicle towed if they violate snow emergency parking ordinances.

In Brooklyn Park, regardless of weather conditions, vehicles cannot be parked on the street between 2 a.m. and 5 a.m. from Oct. 15 to April 15. Vehicles in violation of this ordinance can be ticketed and towed.

Vehicles left on the street during a snow emergency can be ticketed and towed to an impound lot. If a vehicle is towed, the owner of the vehicle is responsible for all fees associated with the citation and towing of the vehicle.

“Two years ago, the City Council, per the request of city residents, started reviewing our winter parking restrictions because of concerns with on-street parking and plowing,” said Dan Ruiz, director of operations and maintenance. “They added a snow emergency component to it so that if we declare a snow emergency because of inclement weather, whether it’s snow accumulation, ice or dangerous conditions, we can declare a snow emergency and if cars are on the streets, then the police can ticket and tow.”

Snow emergencies are announced on the city’s website and Facebook, by email subscription, and through local TV and radio stations.

Additionally, vehicles cannot be parked for more than 24 hours on the street, across the street from a driveway, in front of a driveway, within 10 feet of a fire hydrant, 30 feet of a stop sign, or withing 20 feet of a mailbox, Monday through Saturday from 8 a.m. to 6 p.m.

The city allows residents without access to off-street parking to park in some city-owned parking lots during snow emergencies. Residents may only park in these lots for 24 hours or risk being towed.

Per snow event, approximately 50 cars park in the city’s public lots during snow emergencies, according to Ruiz.

“We don’t declare (snow emergencies) lightly. We take into consideration all factors,” Ruiz said. The city can plow around vehicles in the case of a light, fall snow event, but is more likely to declare snow emergencies as temperatures drop and the snow is unlikely to melt, he said.

Generally, fees for towing are $125, plus $35 for every day the car remains in a tow lot, according to Ruiz.

The city recommends using cash to pay an impound lot, as they do not accept checks and credit cards may have additional fees from a banking institution. Proof of vehicle ownership, personal identification, and proof of insurance are also needed to get a vehicle out of an impound lot.

Snow removal in Brooklyn Center begins following a snowfall of 2.5 or more inches, or if conditions otherwise warrant plowing.

Street parking between 2 a.m. and 6 a.m. is not allowed in Brooklyn Center, regardless of the time of year, Police Commander Garett Flesland said. Street parking is also not allowed for more than six consecutive hours at a time.

Since 2018, during declared snow events, vehicles parked in the street have been subject to citation and towing.

The city will send the following notification during a snow event: “The City of Brooklyn Center has declared a snow event of 2 ½ inches or more. Parking restrictions will take effect beginning at (time) on (month, day, year).  No on-street parking until the roads are plowed curb to curb. Vehicles not removed are subject to issuance of a citation as well as towing to allow for snow plowing. Stay connected by signing up for alerts at cityofbrooklyncenter.org/notifyme.”

“If a vehicle is towed, the owner just needs to come to our Police Department with proof of insurance and someone with a valid driver’s license, and then our staff will give them a document that they can take to a tow yard to claim their vehicle,” Flesland said. “The vehicle owner will pay the tow company directly for the tow and impound. We split the tows among a group of tow companies.”

Snow events are also announced on the city’s website homepage and the city’s social media pages, according to communications and engagement manager Angel Smith.