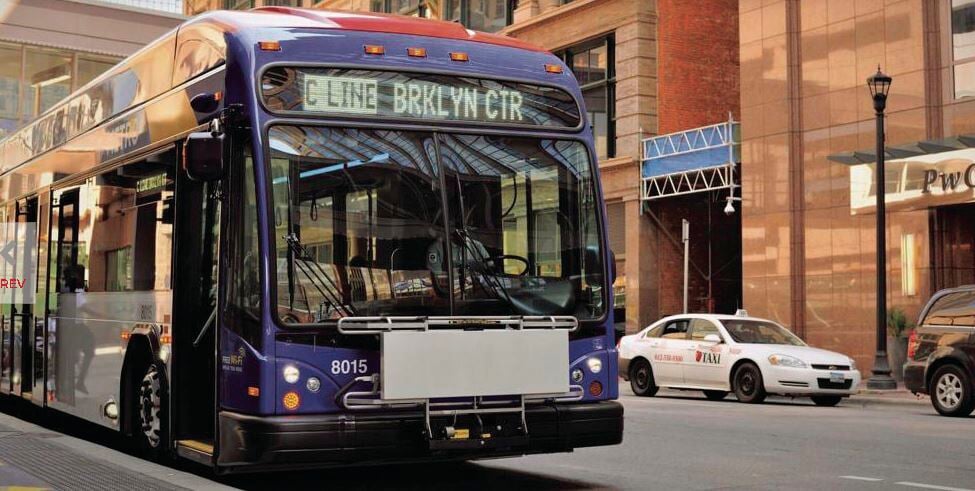 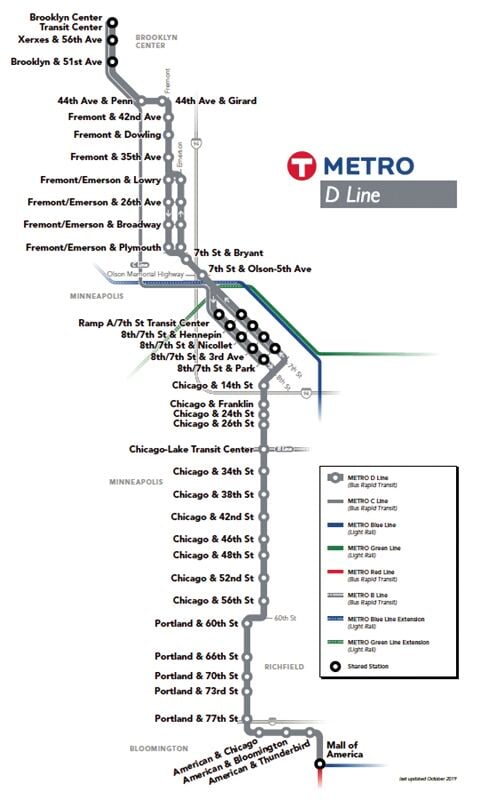 Set for construction in the popular 18-mile Route 5 corridor, the project will bring 40 bus rapid transit stations to 30 intersections in Bloomington, Richfield, Minneapolis and Brooklyn Center. Knowing the scope of the project, some councilmembers made their eagerness clear.

“We’ve got one more (agenda item) from the transportation committee, and it might be my favorite one,” Met Councilmember Deb Barber said before the D Line item was introduced.

The new line will add to the existing C Line, connecting Minneapolis with Brooklyn Center, as well as the A Line, which connects stations on the Blue Line LRT and the Green Line LRT with the Rosedale Transit Center.

The D Line will travel from the Mall of America westbound on American Boulevard to Portland Avenue, then head north on Portland and Chicago Avenues to connect with downtown Minneapolis. From there, it heads north by way of Fremont and Emerson Avenues, eventually terminating at the Brooklyn Center Transit Center at 2900 County Rd. 10.

Similar to the existing light rail lines, buses stop only at stations rather than each block. Fares are collected at station kiosks before riders enter a bus. Metro Transit Police Patrols check that riders have paid their fares instead of bus drivers.

Rather than enter the bus at-grade, riders enter from a raised curb platform, speeding up the entrance and exit process.

Buses will also communicate with traffic signals to reduce the time spent at red lights.

The construction contract was awarded to Thomas and Sons Construction Inc. for an amount not to exceed $26.1 million.