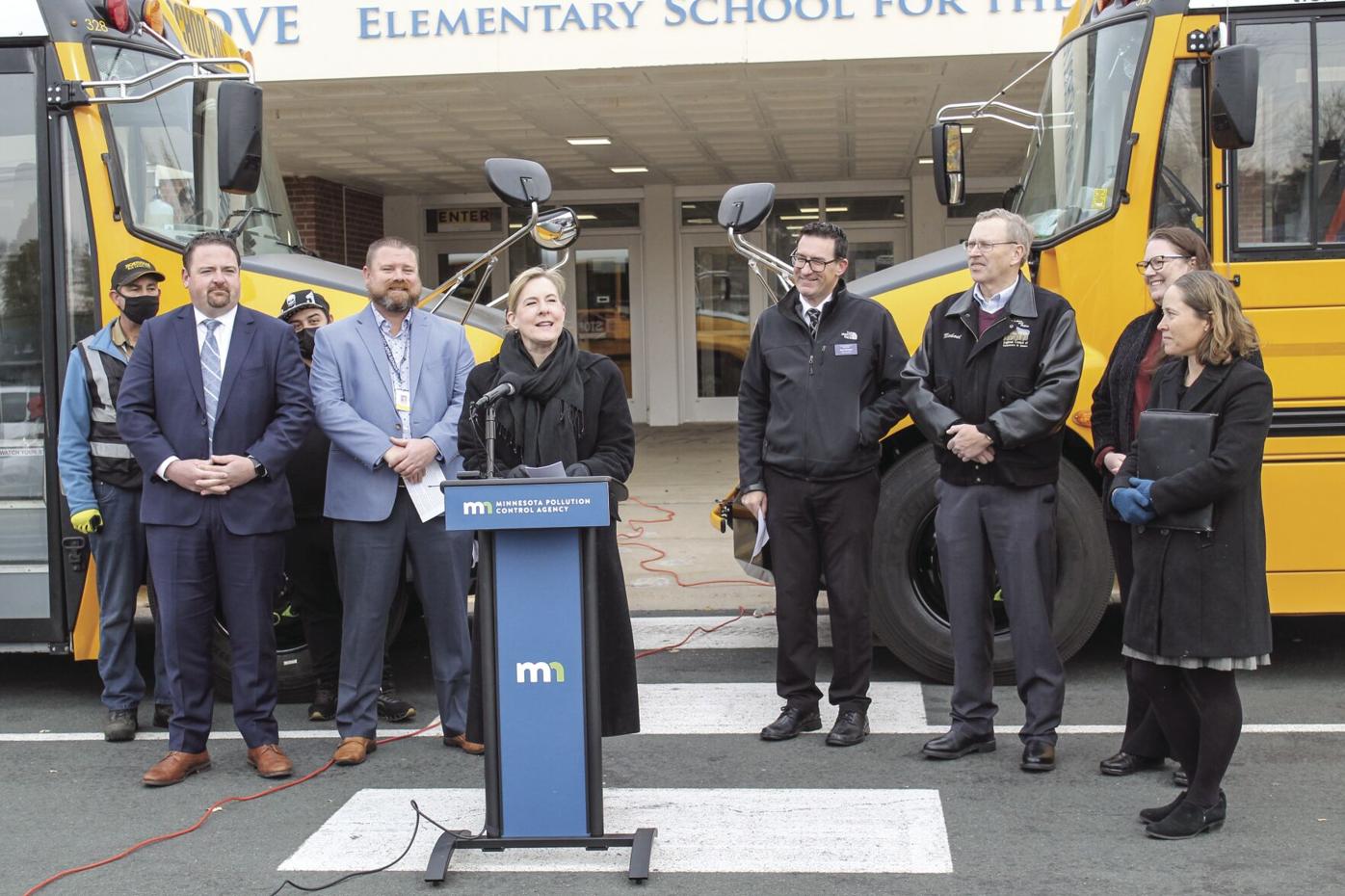 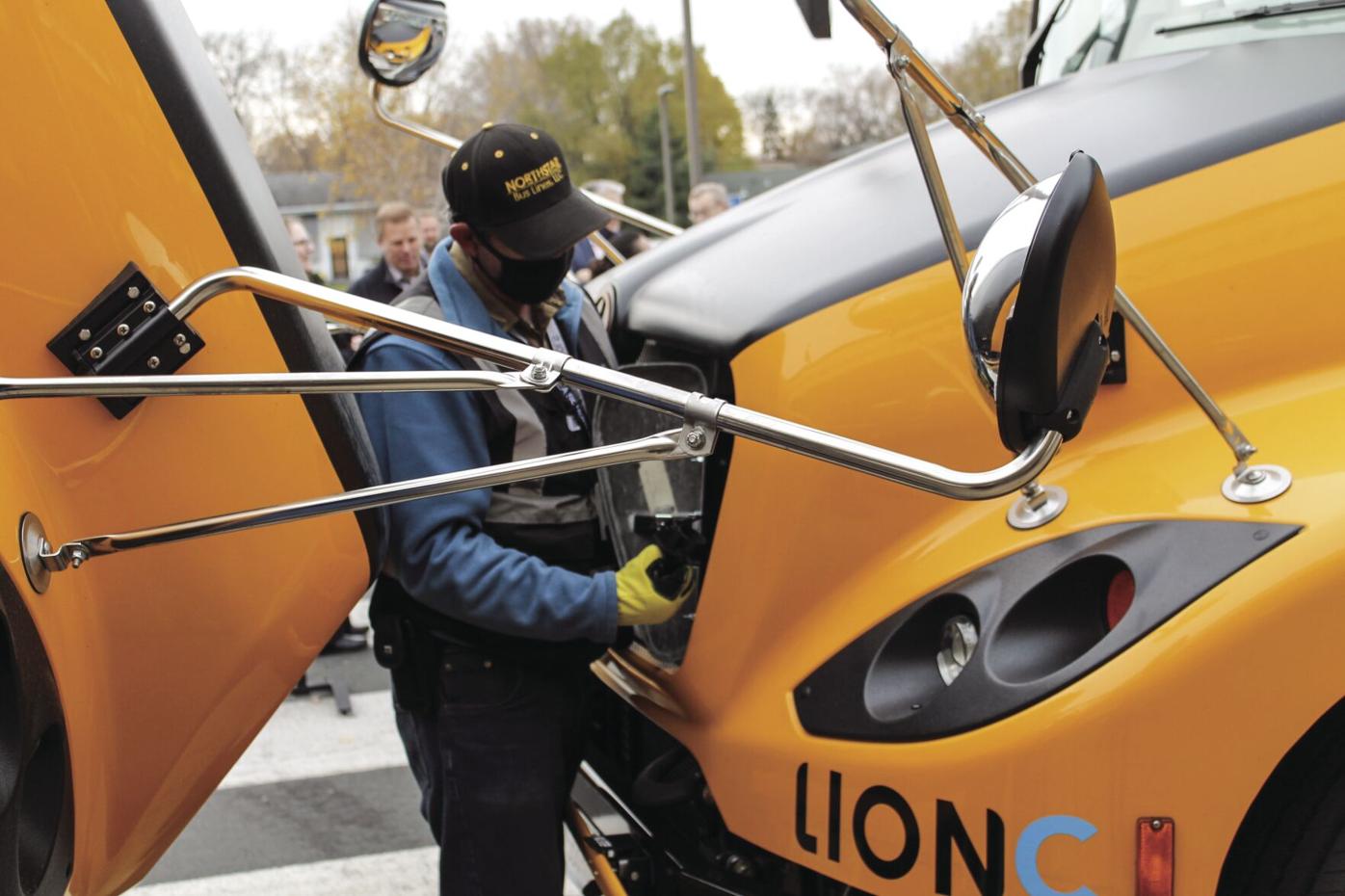 The district is one of five to participate in the state’s $2.1 million electric school bus pilot project.

The switch from diesel buses to fully electric vehicles can reduce greenhouses gas emissions by 29 tons per bus. “It’s exciting to be on the leading edge of such a positive change in school transportation,” said Cory McIntyre, superintendent of Osseo Area Schools.

The pilot program will collect data to measure the viability of electric buses in Minnesota’s cold climate.

“We were pleasantly surprised by the vast interest in these buses,” said Minnesota Pollution Control Agency Commissioner Katrina Kessler. “We are working to put Minnesota back on track to reduce greenhouse gas emissions by 80% by 2050.

These buses are the first electric buses used at public schools in the state, Kessler said.

The grant was provided to Northstar Bus Lines, the company that will service the buses for Osseo Area Schools.

“It can be easy to think that the problem of climate change is too big, or that states can’t make a difference,” said Minnesota Speaker of the House Melissa Hortman (DFL-Brooklyn Park). “But actually, states are an essential place to be part of the solution. There are changes we can make at the state level that are exclusive to state policy and can’t be made at the federal level. This transition will take time but today we are taking a step forward.”

According to Chelaine Crego, terminal manager for Northstar Bus Lines, the buses are quiet enough that they play music to warn pedestrians when they are moving at slow rates of speed.

“I’m afraid the students are going to get on board and start asking for Bomb Pops,” she joked.

The buses have regenerative braking, which recovers energy from the braking process and stores it for later use.

“We are a stop-and-go business. We’re picking up at corners, picking up kids so we’re on the brakes a lot,” said Nick Martini, transportation coordinator for Osseo Area Schools. “Regeneration is a real possibility. We have to be strategic about what routes we put these buses on.”

While the bus motors operate 100% electrically, they do have a fuel-based backup heater.