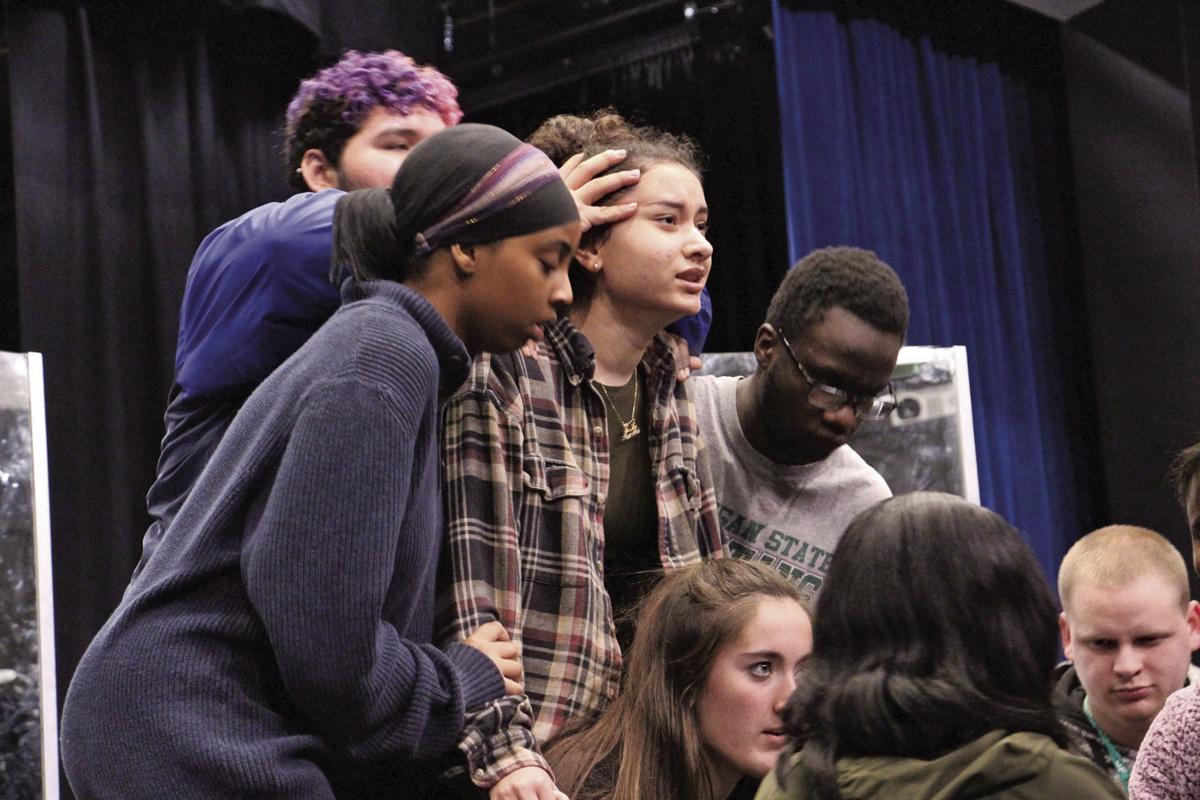 A vignette of “We the People” hones in on the physical manifestation of anxiety. 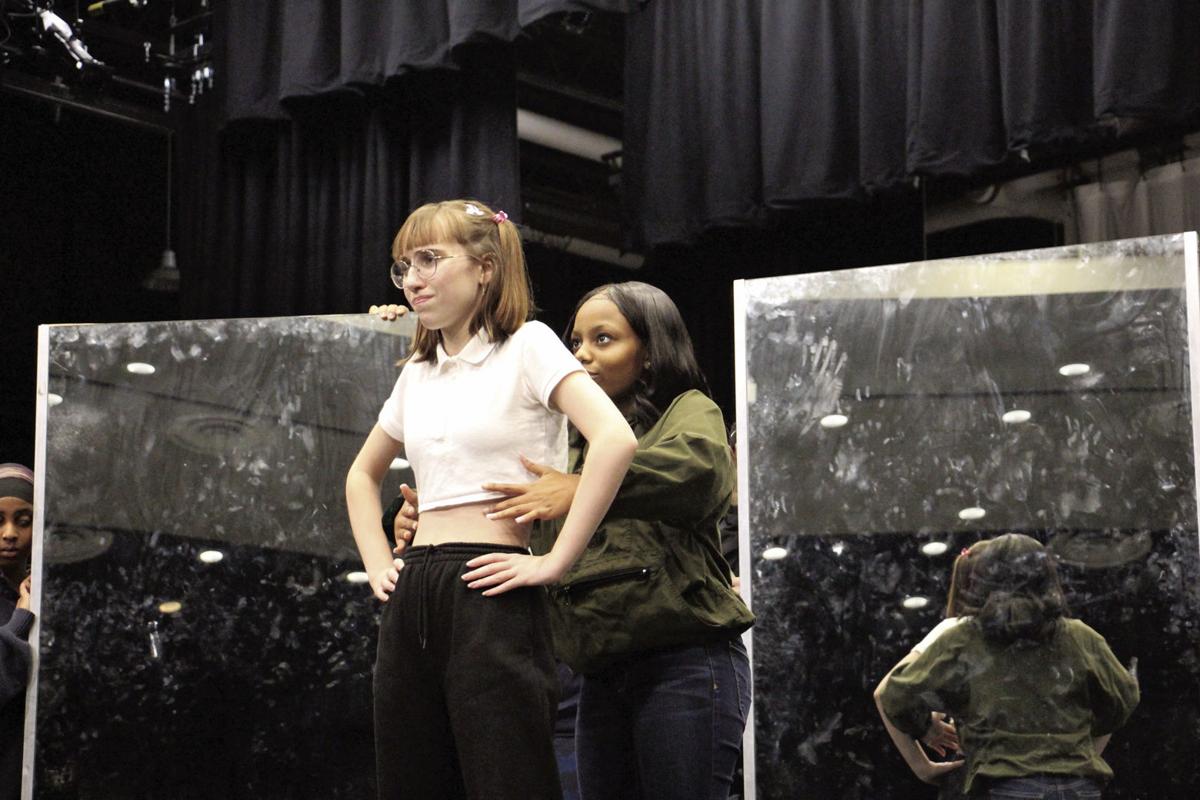 A group of Robbinsdale Cooper High School students is busy rehearsing for a delayed fall show. While most high school fall performances wrapped in mid-November, the Cooper show won’t begin until Thursday, Dec. 5, for two reasons: the first, the department had not been cleared to use the auditorium, which recently underwent significant renovations, and second, the students were busy writing the script.

Director Gretchen Wurzer said the show, titled “We the People,” is a social and political commentary on the current state of the country. Instead of being told through a single, linear plot, the group of screenwriters opted for a series of vignettes.

“It’s about showing more of our perspective on how we see issues that are going on in America,” said junior Fallon Shine.

This is not the first time students in the theater department at Cooper have written an original work. In the spring, the department staged a series of student-written one-act plays, and last fall, reworked “12 Angry Men” into a modernized version called “The System.”

Shine said the process of writing was difficult because there were so many viewpoints to consider.

“There were a few times when we had to rewrite stuff or completely start over,” Shine said.

The show explores issues of gun violence, discrimination, mental illness, immigration and health care. Shine said writing about such heavy topics was a cathartic experience for a group whose age precludes them from voting and speaking credibly to adults about the issues.

Sophomore Phenix Rock said that the context and historical importance of each topic is considered.

Shine credits the diversity of the Cooper student body for allowing a show as topically ambitious as “We the People” to happen.

“Culture, religion, race, gender expression and sexuality, status in the economy: We have so many people that deal with so many different things,” Shine said. “It was great to have that all come together.”

Still, all the diversity in the world didn’t mean that whatever the students wrote would be interpreted as “correct.” Rock said the writers’ biggest challenge was making a product that all everyone, regardless of socioeconomic status, could understand.

Acting in a vignette-style piece is also a unique challenge. Scenes in “We the People” are fragmented and not obviously connected, like a book of short stories. Rock said there isn’t much in the way of building character when “you wrote the thing,” but the priority shifts to making the character interesting through their words and movements.

“It’s really hard to do it justice,” said Rock.

The auditorium renovations include new seating, ticketing booths and concession areas, and wall, ceiling and floor finishes. The staging area has remained the same.

Rock expects tech week to be a little cumbersome, but exciting, as the new audiovisual and lighting systems will be tested for the first time. The former equipment had been in use for 20 years and was outdated.

“That’ll be like the ‘whoa, this is new’ moment,” Shine joked. “I don’t feel like I’ve had that moment yet, but I know once the lights and the sound get involved, it will.”

“We the People” will open at 7 p.m. Thursday, Dec. 5, at the high school auditorium. Two more performances are scheduled for 7 p.m. Friday, Dec. 6, and Saturday, Dec. 7. Tickets are $7 adults, $5 for students and seniors.