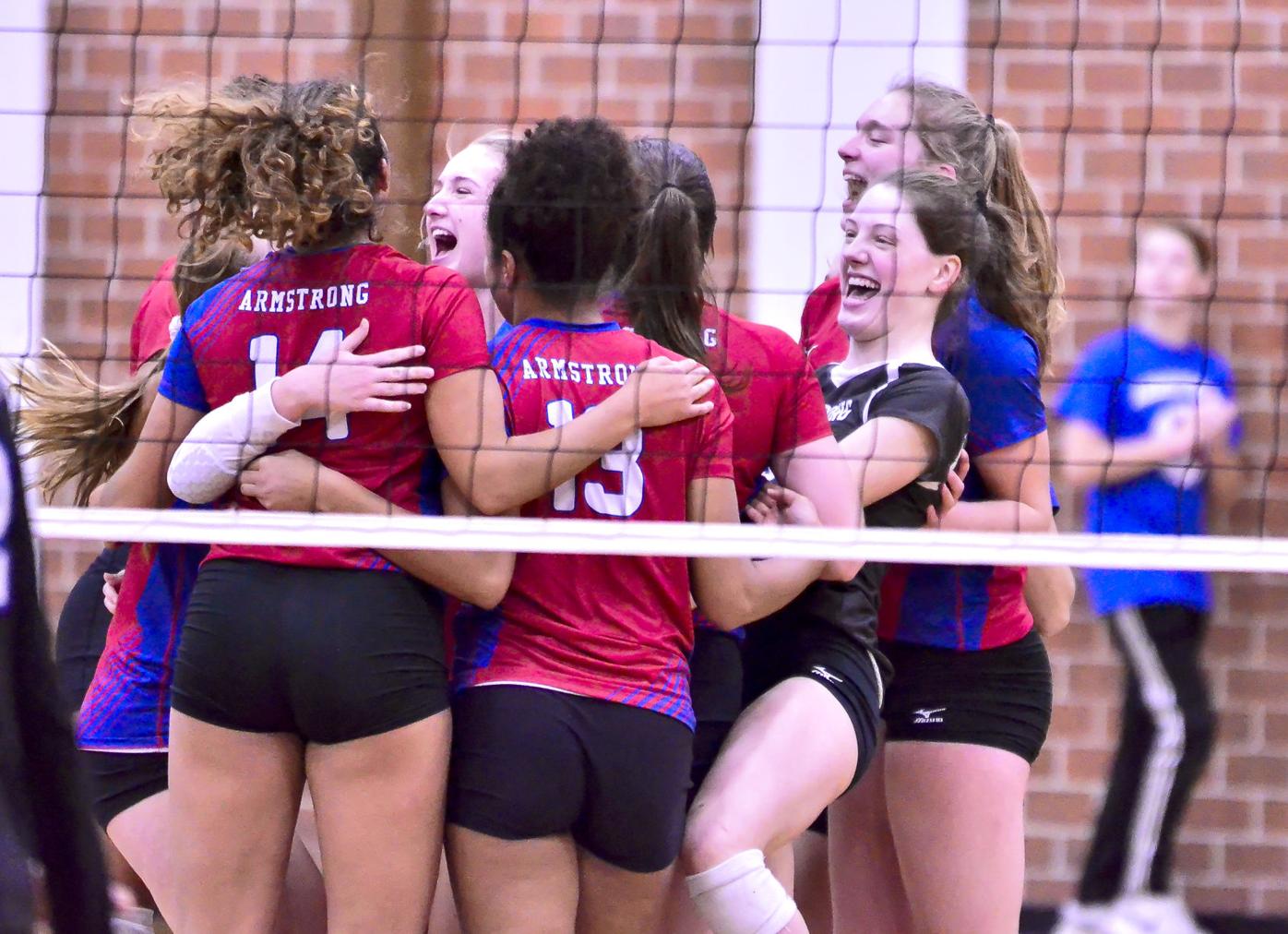 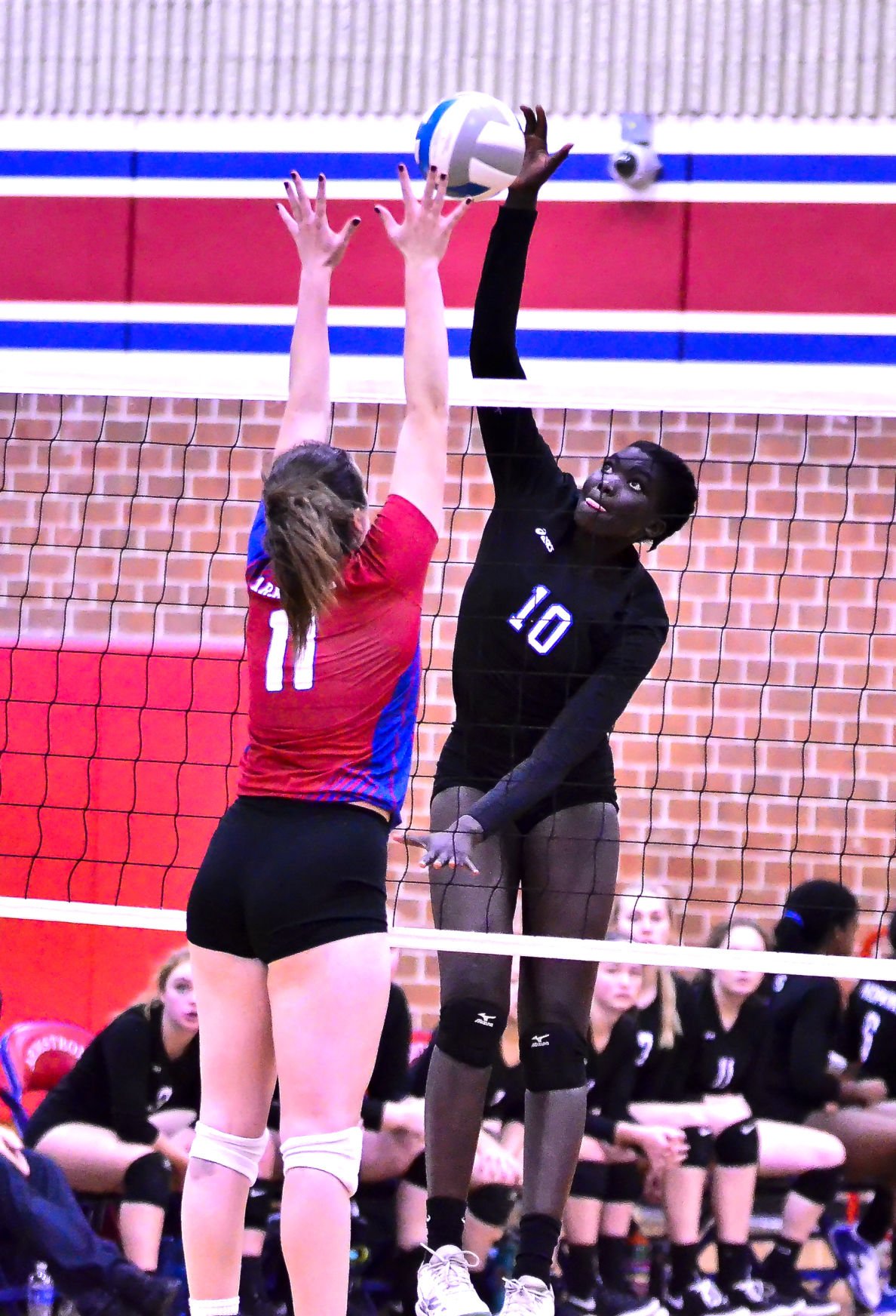 Hopkins junior outside hitter Chudear Tut attempts a kill in the third set Tuesday, Oct. 30, in a 6AAA section semifinal against Armstrong. Tut finished with five kills and a block.

Hopkins junior outside hitter Chudear Tut attempts a kill in the third set Tuesday, Oct. 30, in a 6AAA section semifinal against Armstrong. Tut finished with five kills and a block.

Audrey Schumacher was an outside hitter at the start of the year, but the Robbinsdale Armstrong volleyball senior was moved to libero in the second half of the season.

The move was designed to use her entire skill set and prepare Schumacher for college, where she plans on being a libero, and it has paid dividends for the Falcons.

“We only have two players playing the same position,” Armstrong coach Ayesha Kahn said. “We made some changes where we put players in the bets positions to be successful. I can thank my assistant coaches for that.

She was in the middle of most serves received, and she also helped get the ball to the setter for the Armstrong offensive attack. But one the key moments of the match was when she served in the third set with the Falcons 12-8 and the match tied at one game a piece.

Schumacher collected two aces and then continued to put the ball in spots that took Hopkins out of its usual offensive system. She added another ace during a 7-0 run before Hopkins senior outside hitter Anna Erickson picked up a kill.

But the damage was already done. Armstrong closed out the set 25-13 and Schumacher’s play rubbed off on her teammates in the fourth set.

Junior middle hitter Sofie Vogel had three of her four aces in the fourth set. Schumacher added another ace, and junior outside hitter Libby Mattila ended the game with her third ace of the match.

“I think we dialed in as a team and focused our energy to contribute everything that we had,” Schumacher said. “Our energy picked up, and we believed in each other and knew we could do it.”

Despite 18 total aces, seven of which came in the first set, there were a lot of service errors in the first two games. And that was a reason why Hopkins was able to to take the second set 25-22, Kahn said.

Overall, the Falcons finished with a serving percentage of 80.6 percent. Kahn said the girls probably need to be in the 85-percent range if they plan on making it to state.

“There is a difference between good service and bad service errors,” Kahn said. “Bad service errors are ones in the net where the team doesn’t even have to think about it. … We needed to make sure we were putting the ball in play aggressively and smart.”

Hopkins trailed 19-12 in the first set before closing the deficit to 21-18. Although Armstrong put the game away, the Royals were able to keep the momentum in the second set.

Senior outside hitter Nicole Klass was able to get a huge dig on a tough kill attempt, and the ball eventually found its way to Erickson’s hand. Erickson got the kill, and it propelled Hopkins to a 22-16 lead. An Armstrong service error later gave the Royals the set.

Top-seeded Edina is up next

Schumacher said it means a lot to be in the section final, and no matter what happens on Saturday, she is really grateful to be playing for the Falcons.

“I love the sport and it is an honor to be playing in such a big game – and if we go to state it would be an honor to do that – but no matter how we play, I will be happy for how the season went,” Schumacher said.

Edina (18-7) and Armstrong haven’t played this season. Hopkins (12-16) had made it to state for the past three seasons.