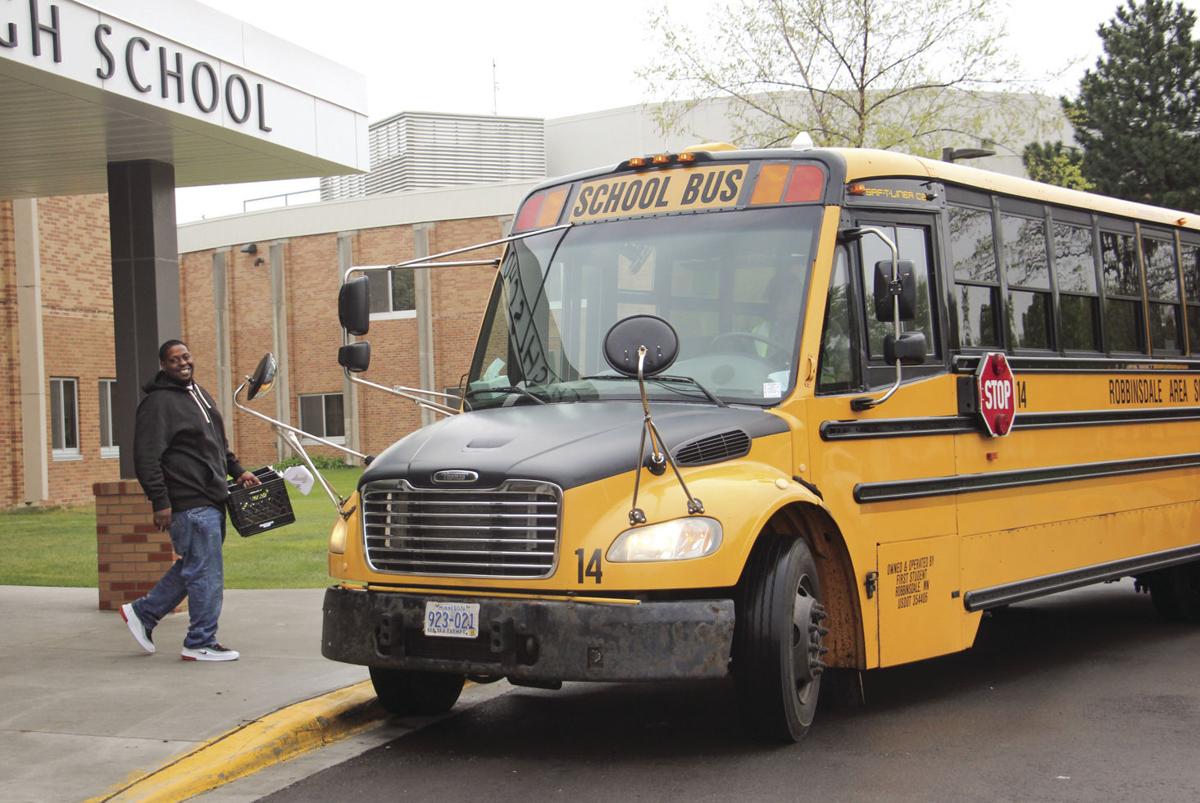 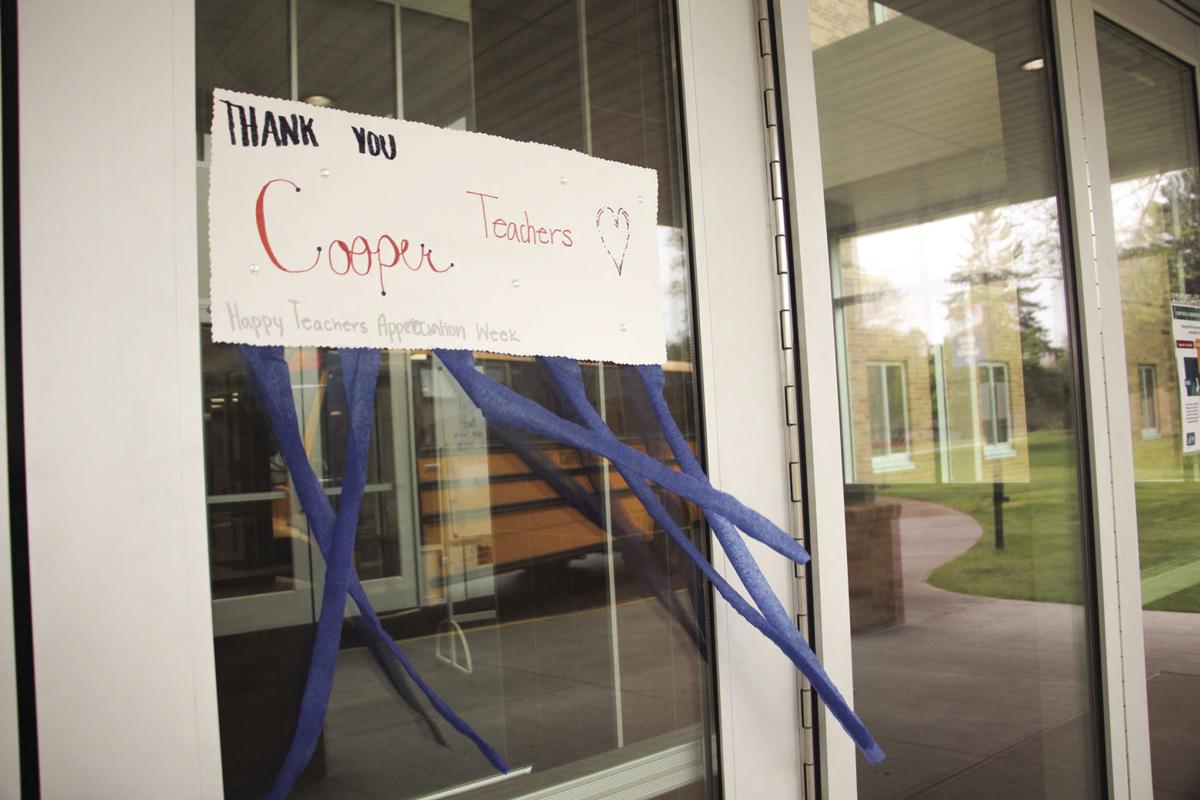 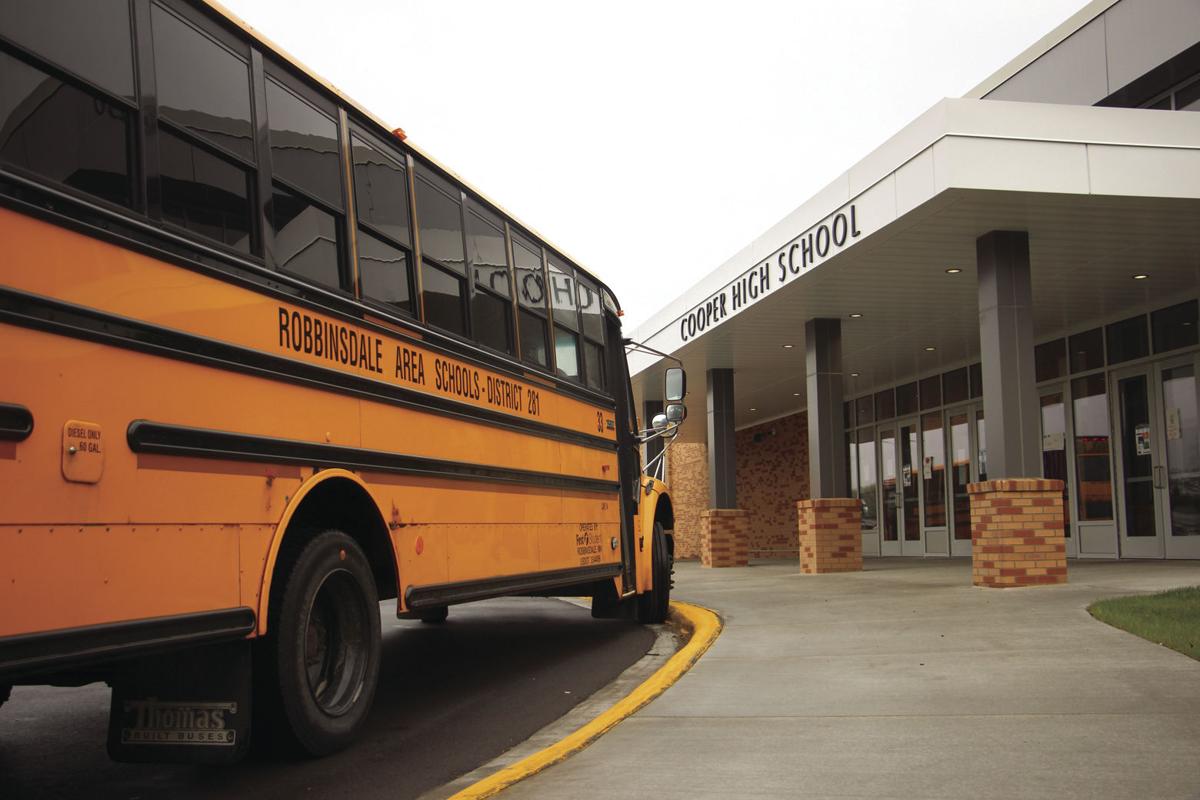 Even though students are no longer filling the halls of Robbinsdale Cooper High School, First Student buses are still making regular trips to the school’s front doors.

Assistant Principal Willie Howard said the buses are a solution for the students that have been unable to log in to their virtual classroom since distance learning began two months ago.

Even though all students were given a school-issued laptop, 170 Cooper students reported they did not have an internet connection reliable enough to attend virtual classes and access materials. Last week, that number had dropped to 71 students.

School administration have managed to get some students online by lending Wi-Fi hotspots, but not all students. Some students, often those with cognitive disabilities, have individualized education programs that explicitly state they need hard copy materials to be successful. That’s where what Howard calls “the distance learning buses” come in.

On Monday mornings, school staff members access a spreadsheet with the name of every student unable to study online, with linked files listed under each of the seven class periods that student has every day. Data is either uploaded to a portable flash drive or printed for the student.

On Tuesdays and Thursdays, the content is loaded onto one of 27 buses and delivered at the student’s typical bus stops. The student picks up their new materials for the week at the stop, and hands in completed work from the last week. Completed work is untouched for 72 hours, then scanned and sent to teachers for grading.

It takes a team of 54 bus drivers and staff members to deliver and receive materials every week. Most, like Howard, are administrators that had previously managed the day-to-day logistics of operating a physical school with physical students. Now that learning has shifted to an intangible place, some physical needs have remained.

Howard said the system isn’t perfect, but it’s becoming less of a challenge than at the outset.

“We started off printing everything, slideshow presentations, all of it,” he said. “It was 30-40 pages per class times seven classes for one student.”

Purchasing jump drives cut down on paper waste and made it possible for students to be guided through materials by video, just like their peers with an internet connection. It also solved the problem of scheduling socially distant printing sessions. With video, Howard said teachers can explain how to solve the quadratic equation instead of providing a handout on it.

“Nothing is as beneficial as the classroom, but teachers are working hard to get pertinent information to these students so they can reach the standards for their subjects,” he said.

Howard said the undertaking to serve these students has been “huge” with “a lot of moving parts,” yet it showed “the quality of individuals we have in our buildings that are working for the best interest of our kids during this tough time.”

Howard has watched his son, also a Cooper student, adjust to a new learning routine that he believes has become “manageable,” but not preferable.

“School isn’t just about Xs and Os,” he said. “It’s not about teaching content, it’s growing individuals into better human beings. And there’s the social part of it too, having lunch with their friends, goofing off and acting a fool in the cafeteria ... Even Google Hangouts doesn’t replace that.”

Howard said his son’s experience is likely one of the easier experiences, as some students may have had to take on extra hours at a part-time job because their parents lost their job.

This month, the Cooper counseling department also launched a “virtual calming room” with de-stressing activities and resources for students. Counselor Laura Ritter took on the project after seeing it implemented at Osseo and Wayzata schools, and while she maintained it is never a bad time to focus on wellbeing, the website could not have launched at a better time. Ritter said staff too, had told her they were enjoying the site. View it at tinyurl.com/calmingroom.

As the school year draws to a close, Howard encourages people to go forward with a level of understanding of the losses young people have experienced.

“The class of 2020 lost a lot, but there’s going to be an implication for all classes moving forward,” he said. “They’re getting through a tough time without real guidance because we as adults don’t really know the steps to tackle this yet. It’s hard to ask a 14-year-old to be at that level of understanding when we as adults don’t.”