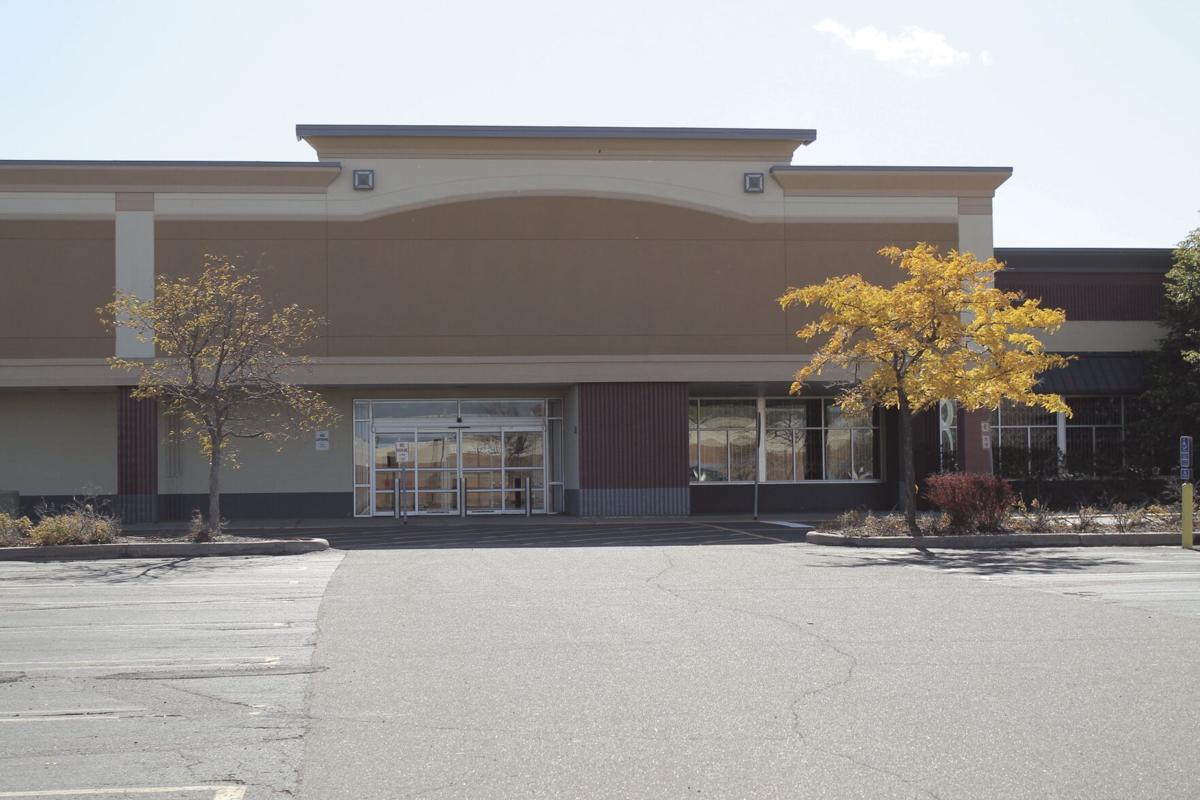 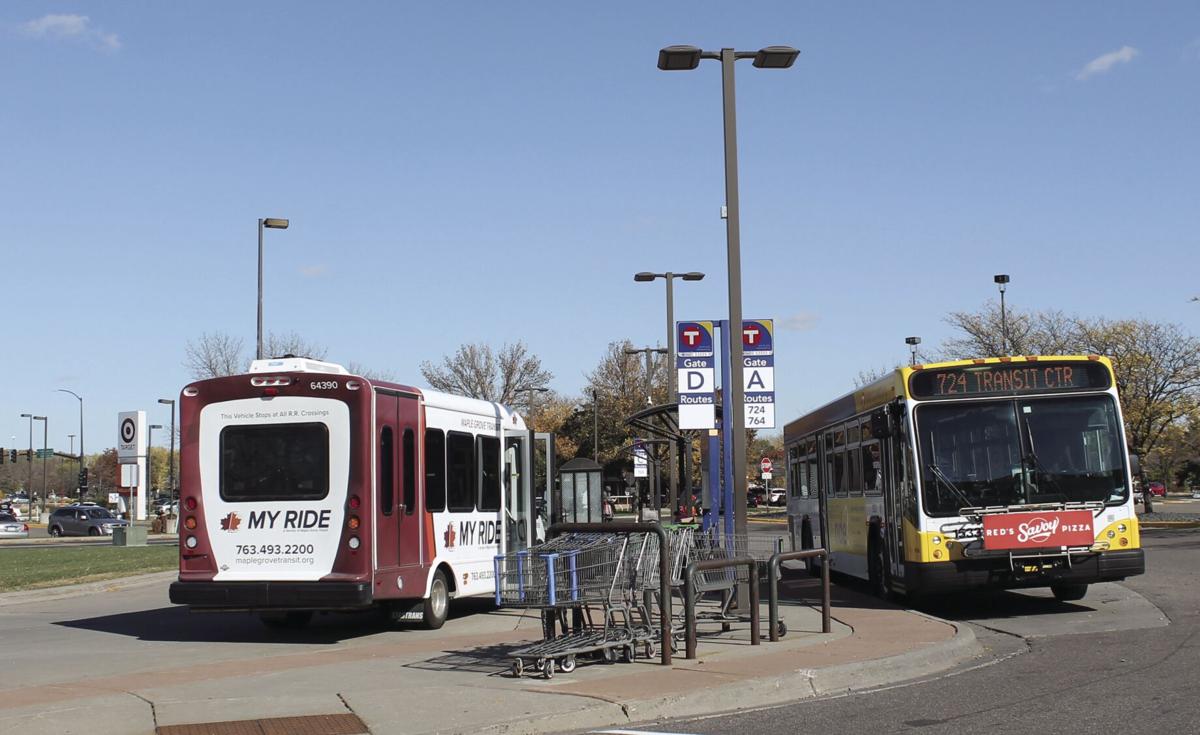 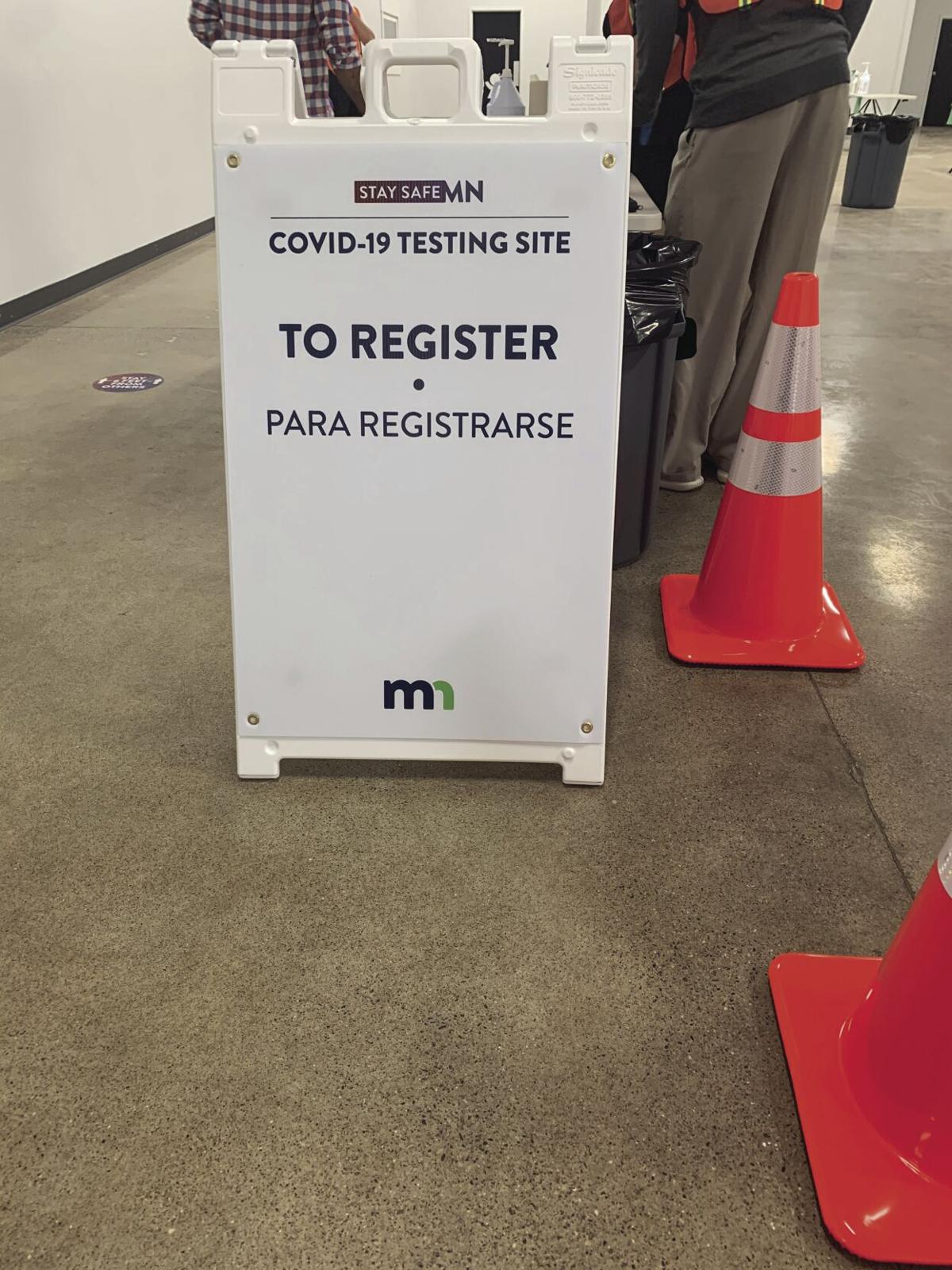 (SUBMITTED PHOTOS FROM THE MINNESOTA DEPARTMENT OF HEALTH)

A COVID-19 saliva testing facility was opened in Winona Oct. 14. Saliva testing is part of the state’s plan to increase testing capacity. 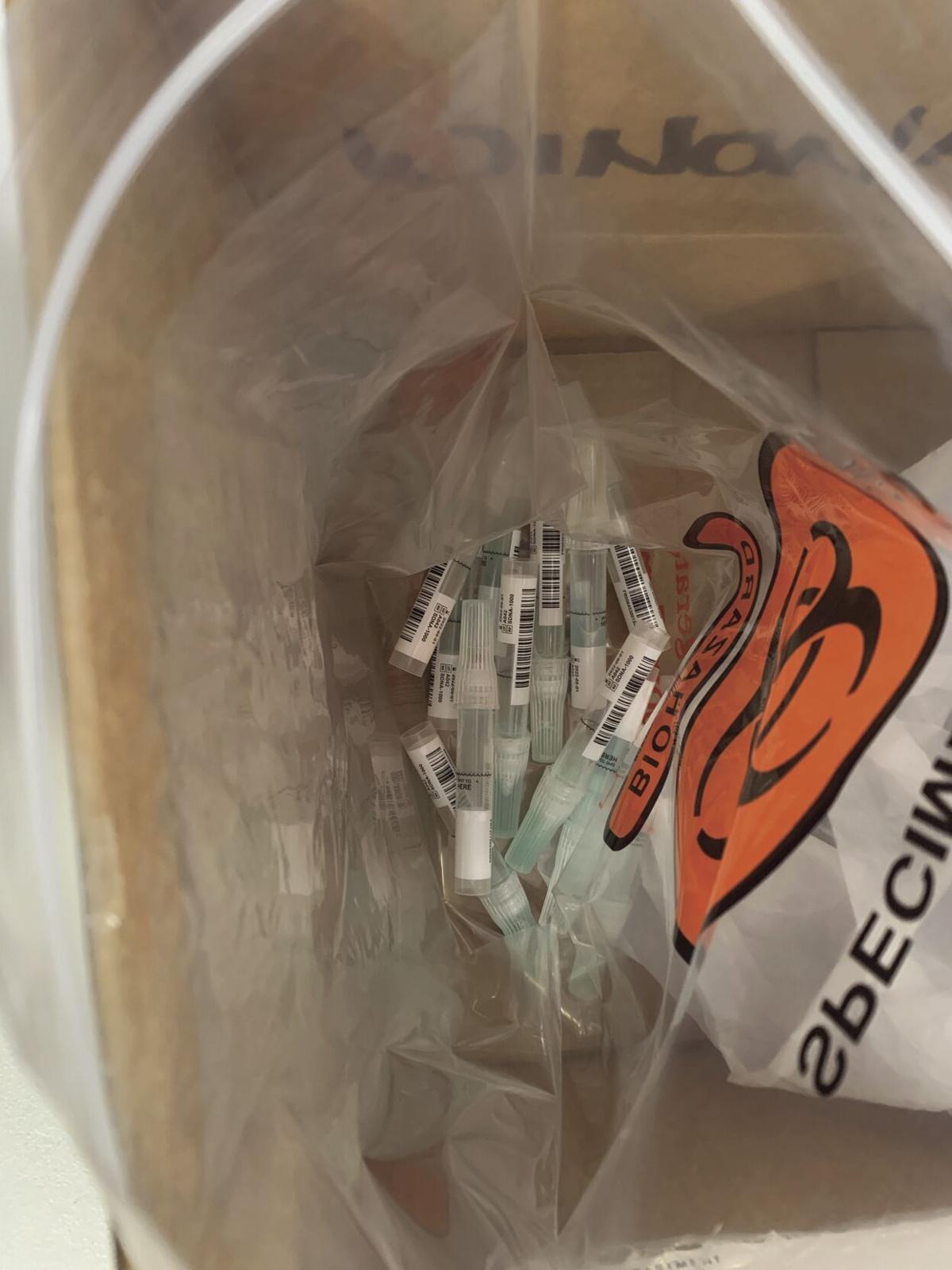 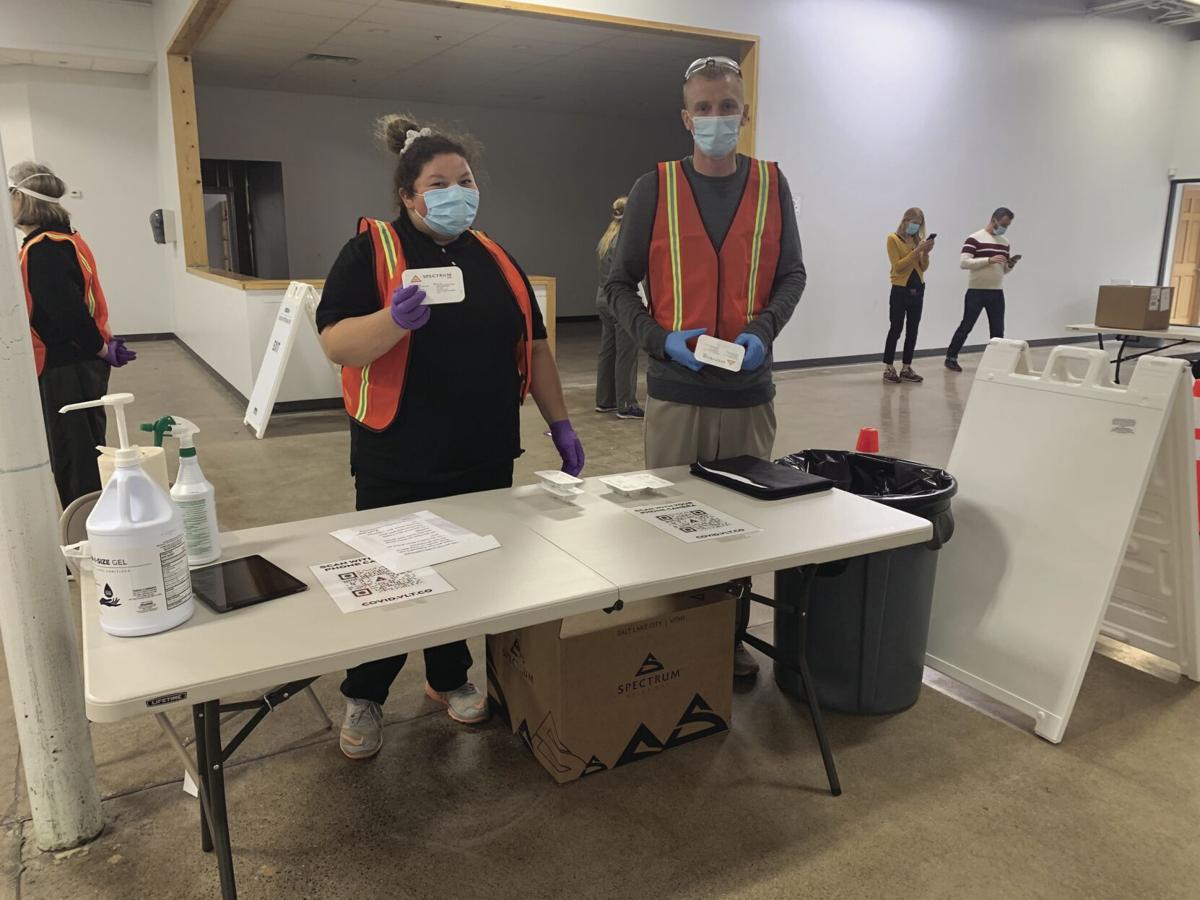 (Photo by Mufid Majnun on Unsplash)

The installment will be the first of its kind in the metro area, and will be open seven days a week. The new site was announced in the Minnesota Department of Health’s Oct. 13 COVID-19 briefing.

“We want to cut off that community spread by making sure that people get tested as easily and as quickly and as close to their homes as they possibly can,” said Gov. Tim Walz. “Easy access to testing also protects our front-line workers.”

The testing sites are part of the state’s larger saliva testing strategy, which is planned to include testing sites and a mail order program in which tests can be administered at home and couriered to a Minnesota-based testing facility.

“It’s an important step for us,” Walz said.

Tests taken at the Brooklyn Park site will be processed at the new Infinity Biologix COVID saliva lab in Oakdale. The lab is expected to reduce testing time for Minnesotans, as tests no longer will need to be shipped to the Infinity Biologix lab in New Jersey. Once operational, the lab can process 30,000 tests per day, bringing the state’s total testing capacity to 60,000 per day.

For those with insurance, their insurance company will be billed for tests at the Brooklyn Park site. Those who do not have insurance or are underinsured will not be billed. Those being tested do not have to be symptomatic.

Identification is not required for testing, but an email address and phone number is required to receive results.

Initially, the Brooklyn Park testing site will be open noon to 7 p.m. Monday through Friday, and 10 a.m. to 4 p.m. Saturday and Sunday.

While walk-up testing will be available, people can also make an appointment before arriving at the testing site.

“We know that this testing site is going to be important,” said Brooklyn Park Mayor Jeffrey Lunde. “About 20% of Brooklyn Park is foreign-born. And so for many of these communities, access to transportation, access to health care is not assumed. Sometimes it’s just not there.”

The city’s tightly-knit and intertwined cultural groups can end up spreading the virus due to their close proximity, Lunde said.

The city is looking at testing sites like these as a sort of precursor for distribution of the COVID-19 vaccine, Lunde said.

“We are excited for this,” Lunde added. “Not one person has ever asked me for a Democratic solution or a Republican solution. What they’ve asked for is a Minnesota solution to this. I think this is delivering that. People just want to be safe. They just want to survive this.”

Saliva tests are generally easier to perform than a swab test, where a large Q-Tip style swab is inserted deep into the nasal cavity.

Since patients can spit into a testing funnel without assistance, saliva tests generally require fewer healthcare workers to administer, and as a result, require less personal protective equipment.

“The swabs went all the way to your brain it felt like for many people, and there’s a fatigue that went into folks who need to get tested more often,” Walz said.

Those planning on getting a saliva test should not eat, drink, chew or smoke anything for at least 30 minutes beforehand. During the testing process, the person receiving the test spits into a funnel attached to a tube. It typically takes 10-12 minutes to produce enough saliva for the test.

Results of the saliva test are typically available within 48-72 hours.

To schedule a test, visit tinyurl.com/yxq6dszd.