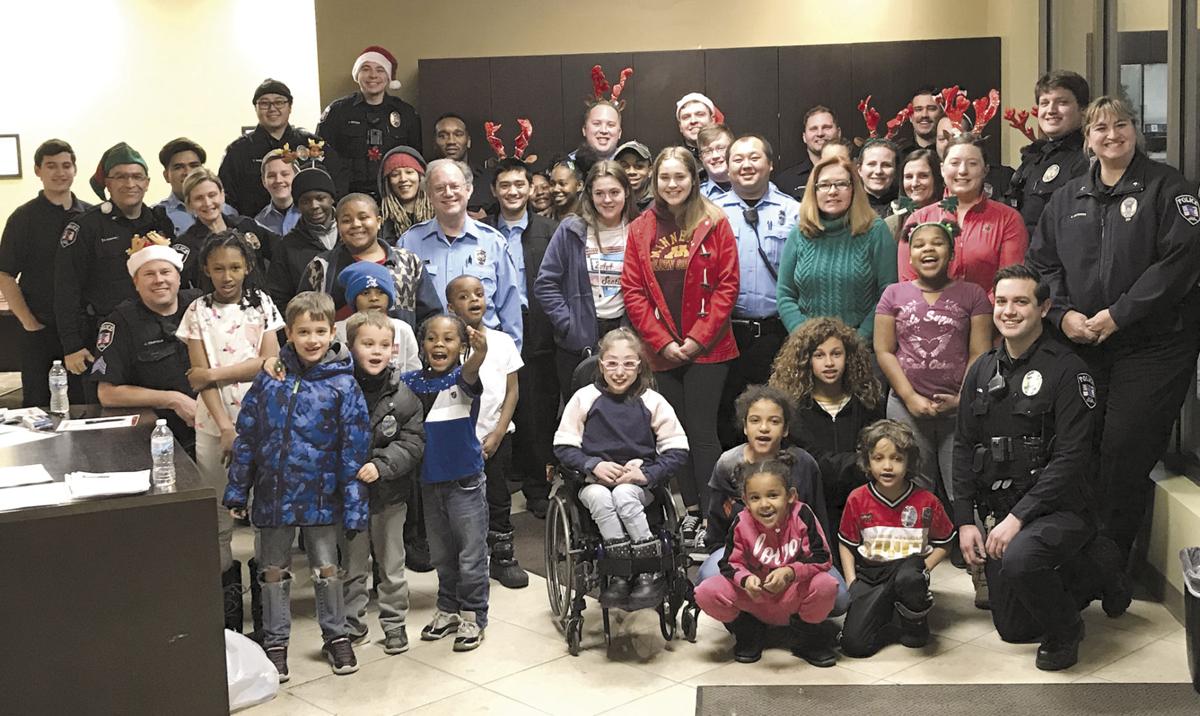 The group that participated in the Dec. 16 Shop with a Cop event hosted by the Crystal Police Department. 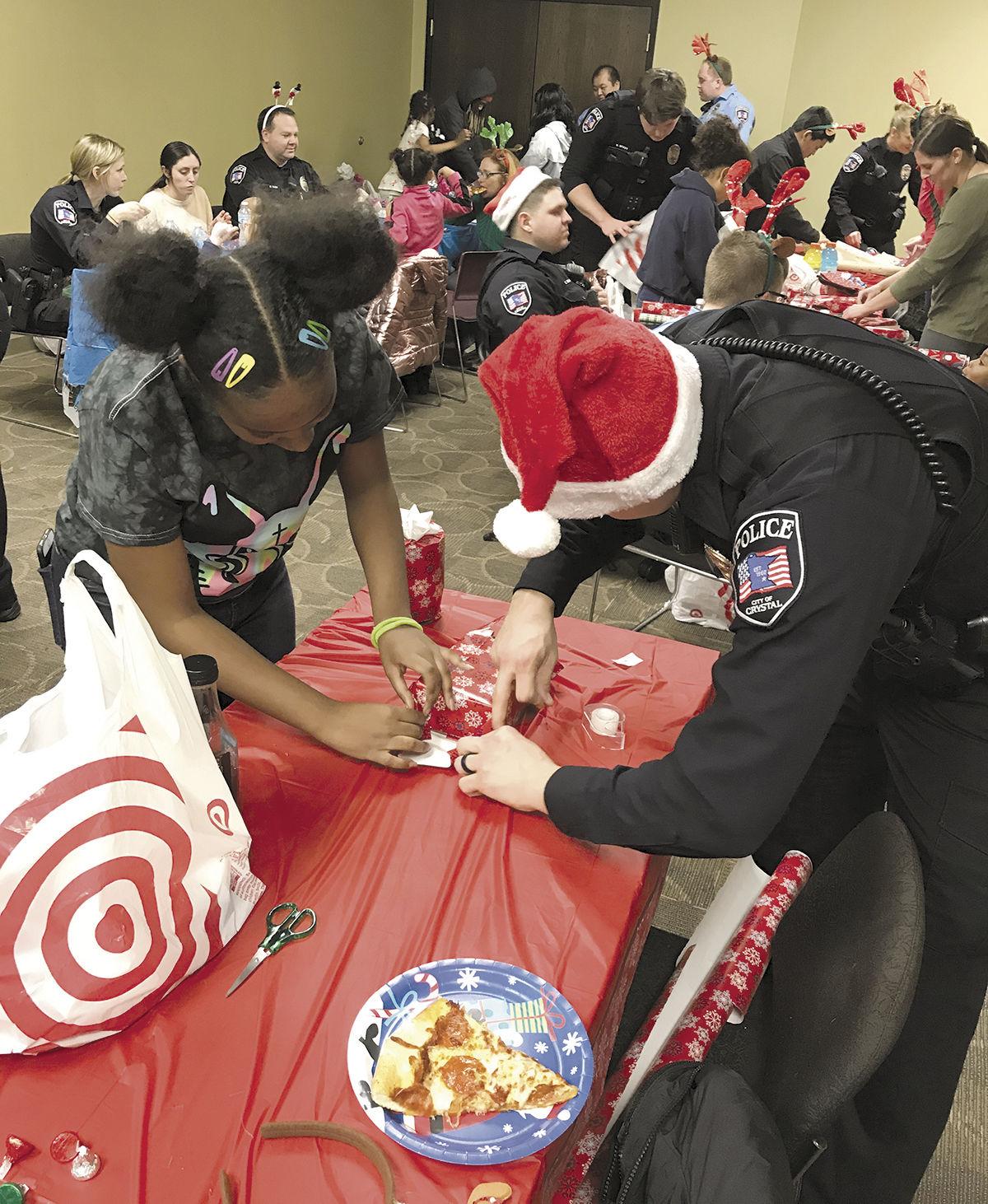 Officers and children wrap gifts during the Dec. 16 Shop with a Cop event hosted by the Crystal Police Department.

The Crystal Police Department officers who participated in the “Movember” fundraiser. These photos were submitted for a chance to win a prize donated by the deputy chief. 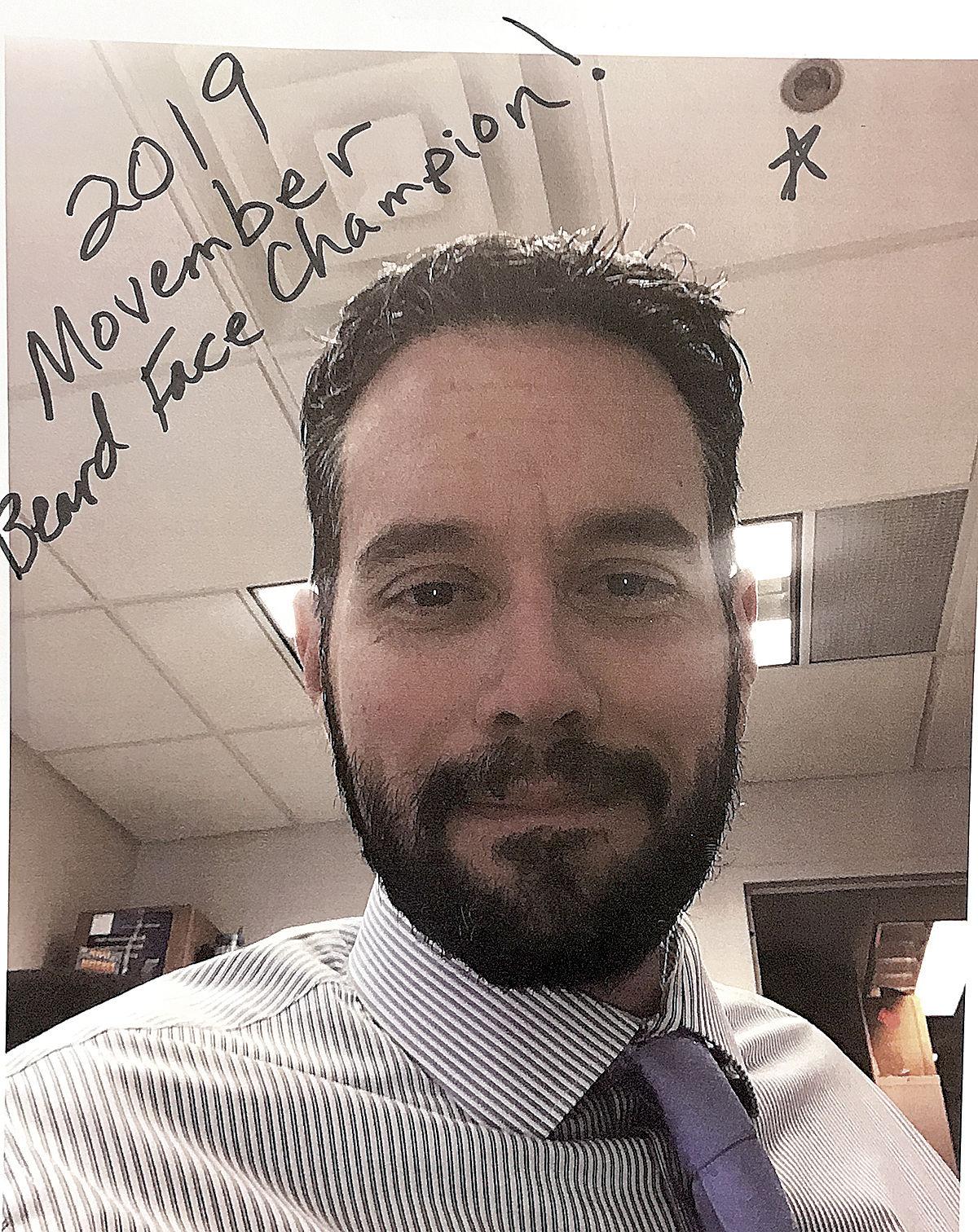 The 2019 winner for best beard in “Movember” is Investigator Tim Tourville.

Crystal Police Department officers participated in two year-end events that benefited the community and allows the officers to participate in community-enhancing projects.

The events were the “Movember” fundraiser in November and the “Shop with a Cop” annual outing for children.

“They are both something that we feel very strongly about participating in here at the Crystal Police Department,” Sgt. Justin Tourville said.

A total of 24 officers participated in the “hair-raising” efforts demanded by the Movember fundraiser, which raised over $1,300 for charity/nonprofit organizations, Tourville said.

Shop with a Cop

The department organized and hosted its fifth annual “Shop With A Cop” event Dec. 16.

With a partnership with the local Target store and the local Pizza Man shop, children who live, worship or go to school in the city were selected for the shopping outing.

“After an hour of shopping with officers, we wrapped the items they selected and feasted on donated pizzas from Pizza Man,” Tourville said. “Our officers are not required to work this event, but the officers who signed up to work it did so because they want to be involved and engaged in events such as this. They give back to the community we serve, and the people within it that are in need. It is the willingness to participate in this event by officers and local businesses that make this event successful ... each year.”

Tourville also recognized the Crystal Business Association, Crystal Crime Prevention Board, the local schools, the city and the officers who volunteered for the event.