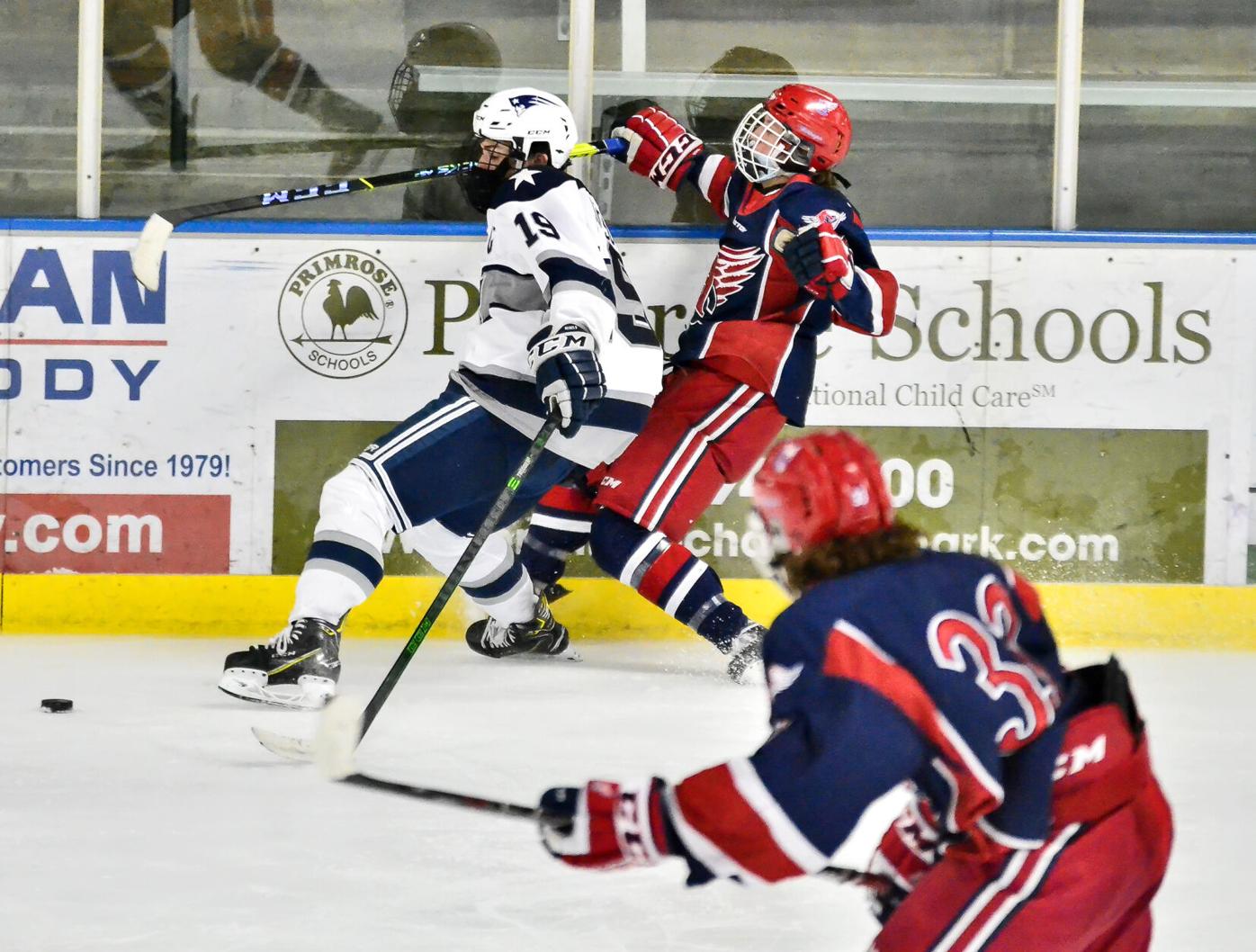 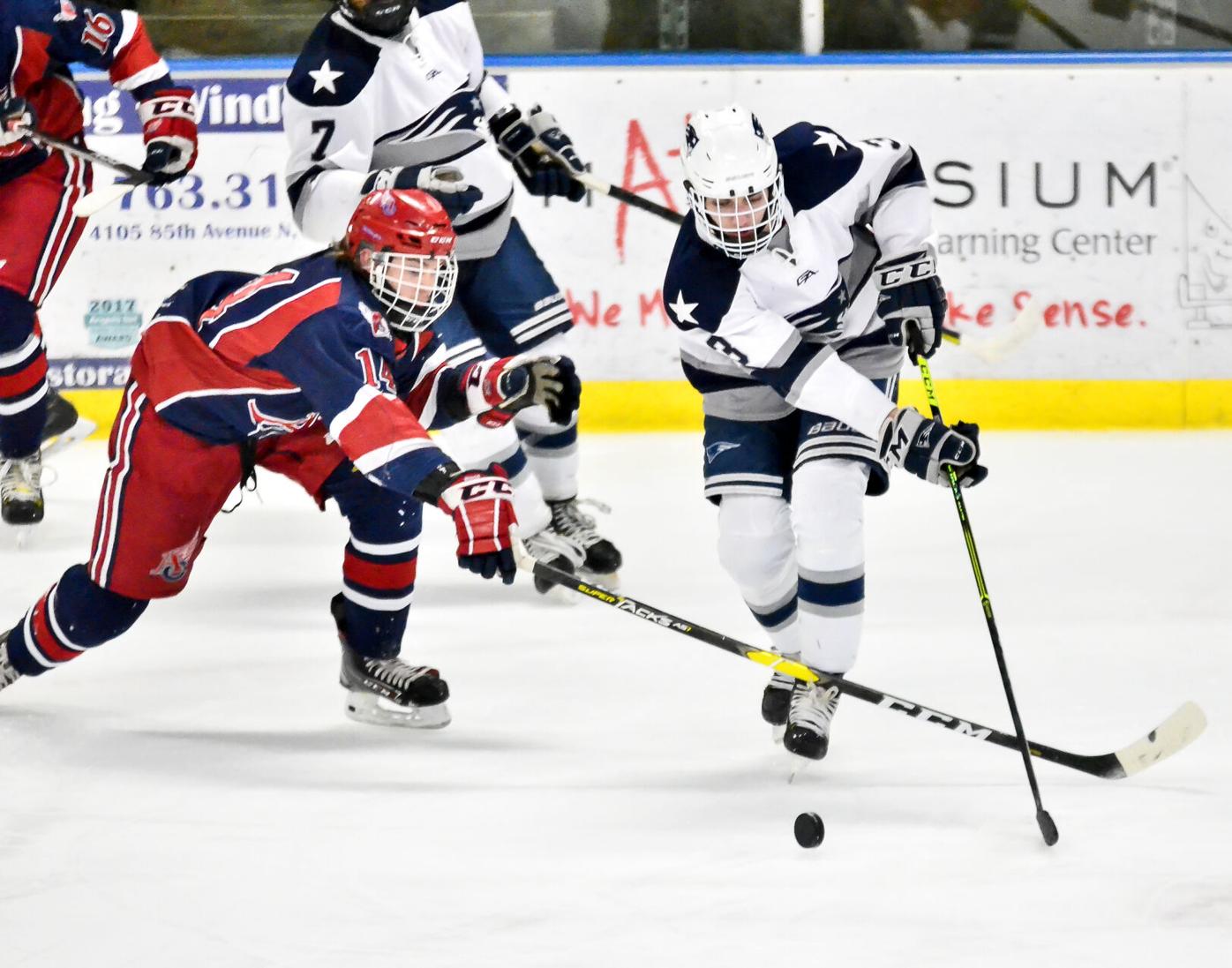 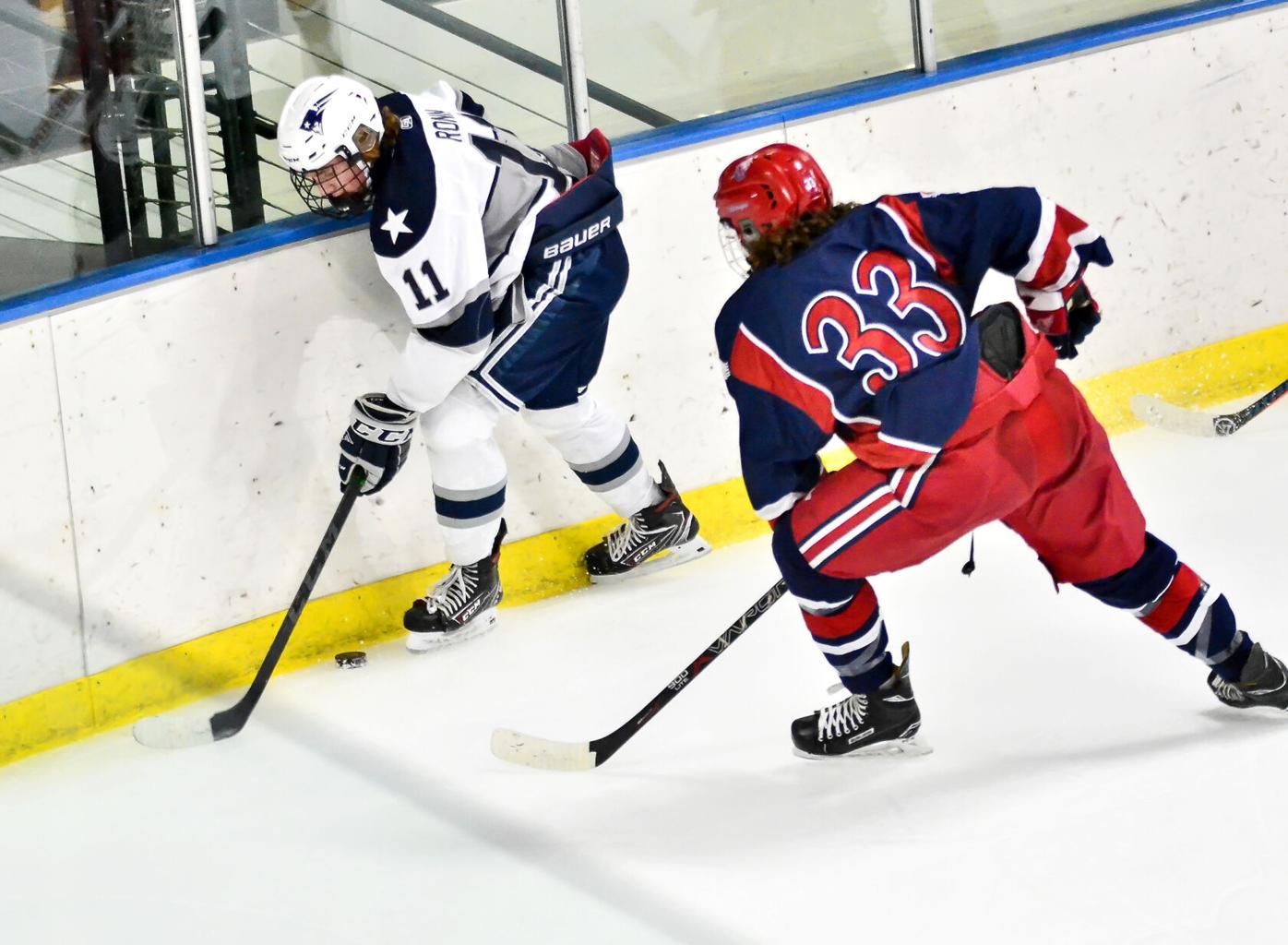 Champlin Park junior forward Jordan Ronn gets to the puck behind the net as Armstrong/Cooper sophomore Jamen Malone skates in to defend Feb. 11 inside Champlin Ice Forum. 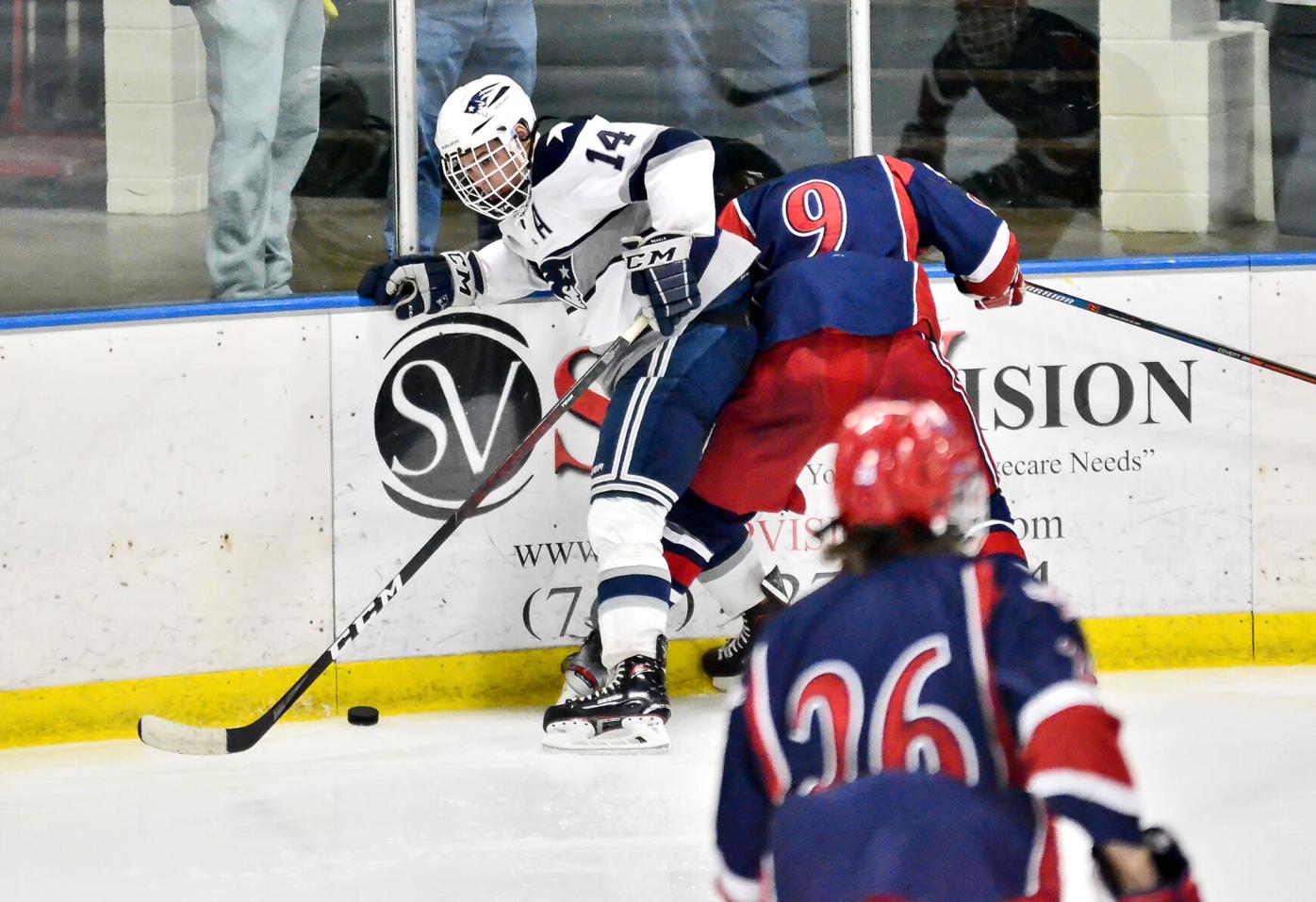 Champlin Park junior forward Jordan Ronn gets to the puck behind the net as Armstrong/Cooper sophomore Jamen Malone skates in to defend Feb. 11 inside Champlin Ice Forum.

Champlin Park boys hockey came into the Northwest Suburban Conference matchup against Armstrong/Cooper on Feb. 11 with a three-game winning streak after a 10-3 shellacking at Anoka.

The host Rebels (3-5 overall) were tied with the Wings 1-1 after two periods at Champlin Ice Forum, but Armstrong/Cooper scored three times, once on an empty netter, in the final period as Champlin Park fell 4-1.

The Rebels put more pressure on the Wings for most of the night with a 28-18 shots on goal advantage. But Armstrong/Cooper had a 9-8 advantage in the third with a goal by senior forward Jack Potter and another by freshman forward Tanner Rausch.

The third period started with Champlin Park getting some chances.

Junior forward/defenseman Ethan Mus had a couple of shots, and senior defenseman Sam Swayze had a shot that was stopped by senior goalie Owen Reeve.

Potter scored on a 2-on-1 breakaway, and a penalty put the Wings on the power play soon after.

The Rebels killed the penalty, but as soon as it was over, Armstrong/Cooper still had control of the puck. Potter put another shot on goal that was stopped by senior goalie Hayden Huybers.

But the rebound went to the stick of Rausch, who finished the play for a 3-1 Wings’ lead.

Play was stopped for a while after a discussion of the goal with both benches, the captains and all of the officials. The goal stood.

Junior forward Hogan Sinjem and sophomore defenseman Drew Belleson had some nice shots that were stopped by Reeve on the other end, and sophomore forward Jordan Ronn also had a shot that was saved.

The Rebels’ went to an empty net to get six skaters on the ice in the final 1:30, but it was Armstrong/Cooper senior defenseman Teddy Campion that scored to make it 4-1.

Senior forward Tanner Thompson scored the equalizer for Champlin Park early in the second period. He put the puck on goal, and it bounced between Reeve’s legs.

The Rebels kept coming with shots by senior defenseman Ben Fischer and sophomore forward Evan Williams, but a penalty on Swayze put Champlin Park on the penalty kill.

That allowed Armstrong/Cooper to get some shots on goal, but no one else scored in the period.

The Rebels dominated the first period with nine shots on goal to three, but it was the Wings that scored the lone goal of the period with Potter knocking one past the glove hand of Huybers.

Sinjem had a couple of one-timer opportunities on a power play in the first period, but his shots went over the net.

Huybers finished with 14 saves, and Reeve stopped 27 for the Wings.

Junior forward Tyler Trombley had a hat trick and an assist, and Williams added two goals. Senior forward Makhai Sparks and junior defenseman Nolan Peterson each finished with a goal and two assists, and Sinjem had a goal and three assists.

Junior forward Ryker Grant and Thompson both had a goal and an assist, and junior defenseman Roy Johnson, Fischer and Ronn all had two assists. Senior forward Jack Bergstrom and Belleson both had assists.