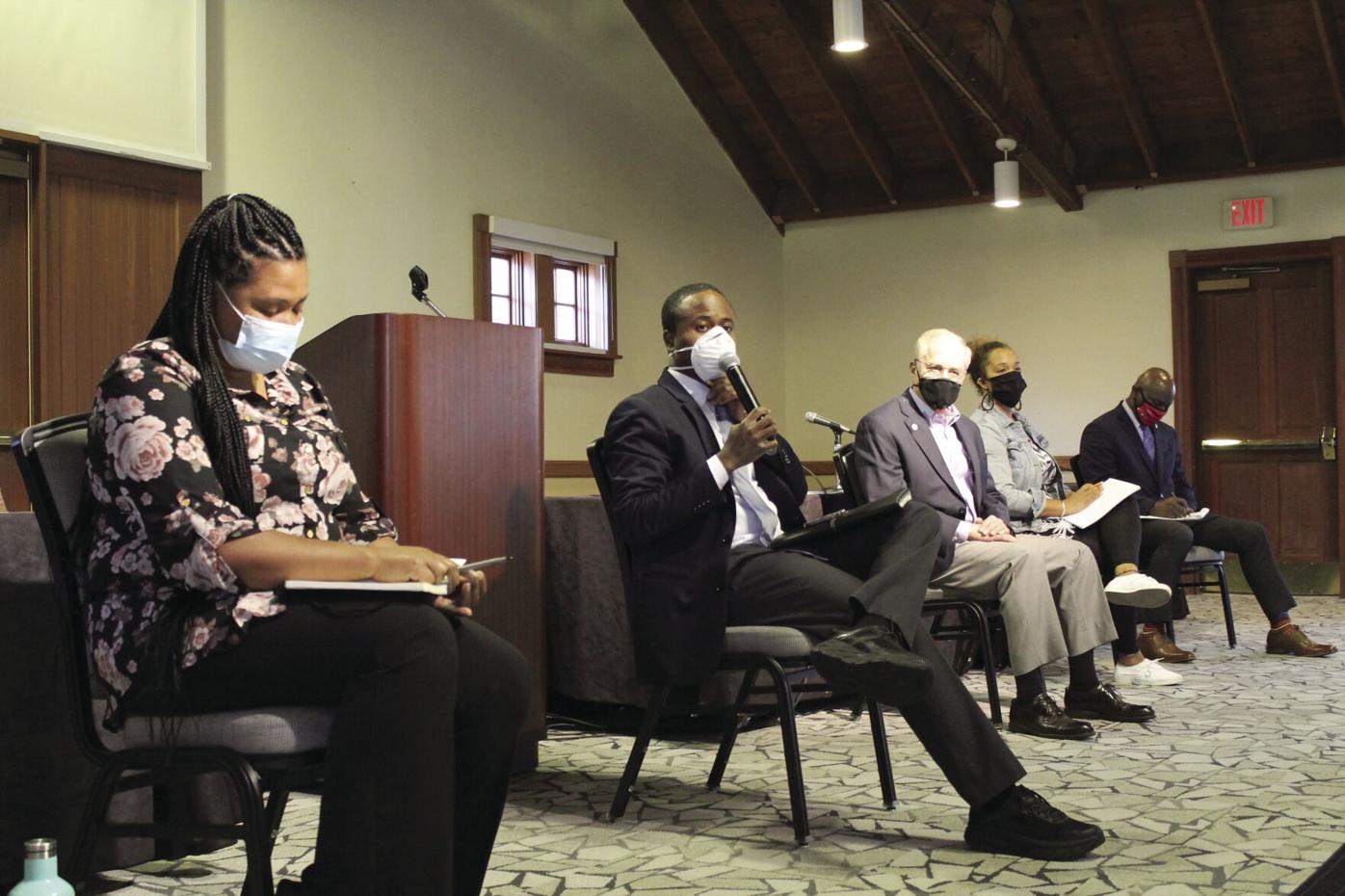 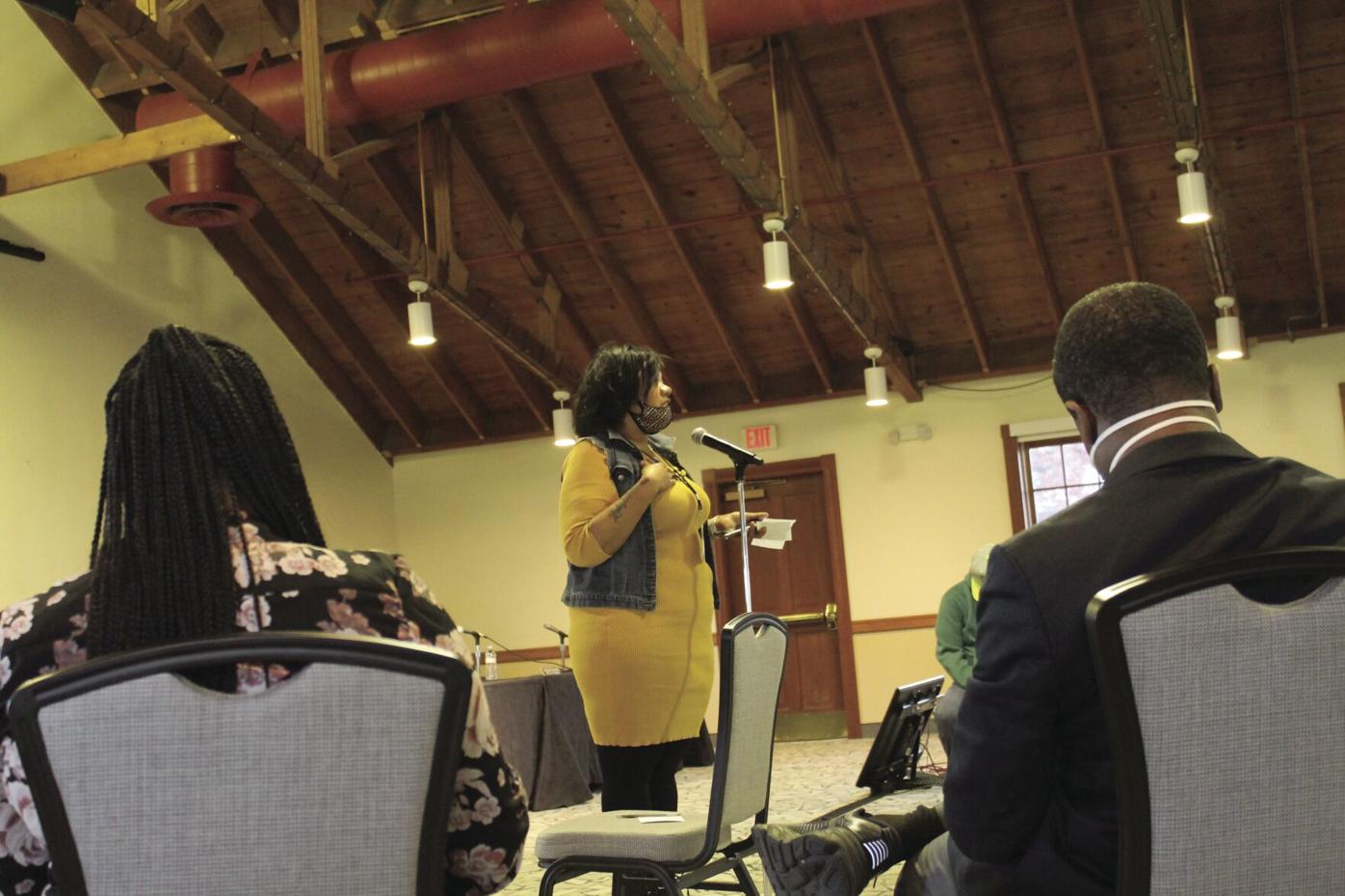 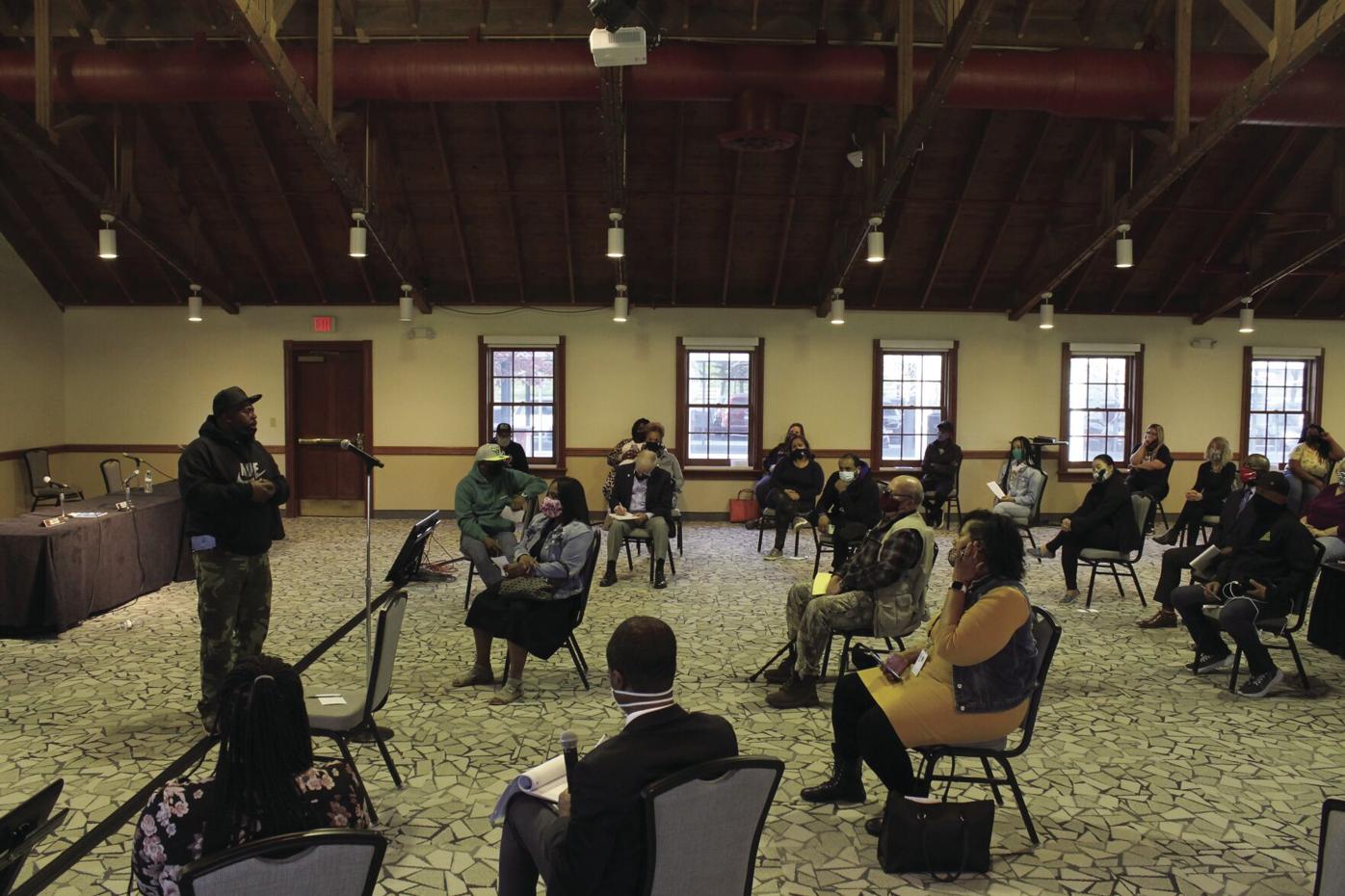 Brooklyn Center hosted the first of a series of community listening sessions April 28 in the wake of the fatal officer-involved shooting of Daunte Wright.

After more than a week of protests and civil unrest outside the police station, the City Council hosted a community listening session at Earle Brown Heritage Center.

The listening session was scheduled for three hours, but extended beyond four as speakers continued to approach the microphone.

“Last week Daunte Wright was laid to rest and our community joined his family to honor and celebrate his life,” Mayor Mike Elliott said.

“What we know far too well was that Daunte was taken from us far too soon and that he was also taken from his son, his partner, and his family and his friends, because our system, in my view, failed to keep him safe. We also know that real justice is Daunte alive today with his loved ones. We stand with our community that has said unequivocally that enough is enough.”

Initially, the council intended the session to allow residents and other interested parties time to speak, with the council acting as spectators rather than participating as speakers. Elliott later asked the to council speak as the event closed.

“Today I’m here along with our City Council to listen and to hear from all of you what the current needs are and how we can transform our city,” Elliott said. “This an opportunity for us to listen.”

Rep. Samantha Vang (D-Brooklyn Center) attended the listening session, telling the group that with the legislative session in its last few weeks, the state budget and police reform are top priorities.

“I will like to hear from residents what your thoughts are,” she said.

During the four-hour session, the majority of the speakers voiced frustrations with the police department or with policing institutions as a whole. Some spoke to personal experiences, while others spoke in relation to Wright’s death or other officer-involved shootings.

Residents living near the police station said they and their families were traumatized following the police response to the protests following Wright’s death, and that the impact of the tear gas and rubber bullets is still visible.

Jamiya Crayton said she asked police to not throw tear gas and fire rubber bullets near her apartment, where she raises children with autism. Her children were afraid and hiding under the bed, she said.

“You know what I was told? Go in your house and close your door and your window, like they weren’t already closed. They didn’t care,” she said. “It was unacceptable. So guess what now? Now it’s all over, now everybody gets to go home, the protesters, the officers, they get to go home and my two kids with autism are still scared to come home because they think something is going to happen.”

Jaylani Hussein, executive director of the Council on American-Islamic Relations, said Brooklyn Center is uniquely situated as a diverse city in a primarily white state. He urged the council to consider making significant changes to the Police Department.

“There is something that we have an opportunity to do in this moment right now that can project and traject us into a movement of really transformative change,” he said. “We need a public safety department that actually works to reduce harm.”

Several residents said they were concerned about their family members or others with mental health issues, with some referring back to the 2019 officer-involved shooting of Kobe Dimock-Heisler.

Brooklyn Center police officers shot and killed 21-year-old Dimock-Heisler, who was on the autism spectrum, during a domestic disturbance call. No officers were charged in the shooting.

“I have a son who has schizophrenia,” said Tiffany Love. “I am very terrified to have someone pick him up if he needs to be evaluated for any purpose because they are not trained.”

As the event came to a close, Elliott said the session had in many ways been re-traumatizing for many participants.

The council heard that the speakers “want to see us do something,” he said. “You want us to take concrete action that’s going to bring about meaningful, transformative change in the city.”

Elliott, who came to the United States as a refugee from Liberia at 11-years-old, said he had flashbacks to the Liberian Civil War as he saw National Guard vehicles at the police department.

“It hurts me deeply to learn that there’s some young kids in the apartments across the street who experienced that same terror, that same trauma,” he said. “We’ve got real trauma to deal with, and we’re going to deal with it. We’re going to provide the resources.”

“Now we need to be at the center of progress,” Elliott continued. “Maybe what we can do here can set the course for what happens for the rest of Minnesota … not only for Minnesota but for the whole United States of America.”

Councilmember Marquita Butler said that approximately three weeks prior to the fatal shooting of Wright, she had a meeting with then-Police Chief Tim Gannon and then-City Manager Curt Boganey regarding an incident where her brother was pulled over by the police department for reasons he saw as illegitimate.

Butler said that when her brother expressed that he feared for his life, she was disappointed in both Gannon’s and Boganey’s response.

“The chief’s words were something along the lines of, ‘You carried yourself well and the officer acted professionally,”’ Butler said. “Well, we shouldn’t have to carry ourselves well to go home safely, is what I told the chief.

“And what disappointed me was not only in that chief who sat there with a smug look on his face, my disappointment was the city manager, that was his boss that sat next to him and didn’t say anything to correct what his employee had said. So when Daunte Wright happened, was murdered three weeks later, you can imagine how I felt.”

“We’re working in a system that a lot of things need to change before we can make the change,” she said. “We’re angry too.”

Councilmember April Graves said not only policy, but also hearts and minds need to be changed to see changes in the community. “The things that we’re talking about, these systemic issues, they’re not just in our police force, they’re in our governments and our health care systems, they’re inside of us,” she said.

“One of the real takeaways I had was that I have to stop being like the old white man who doesn’t show his feelings, who doesn’t feel empathy, because I do,” Councilmember Dan Ryan said. “I’m anguished to hear the anxiety and the fear that my Black brothers experience just driving a damn car.”