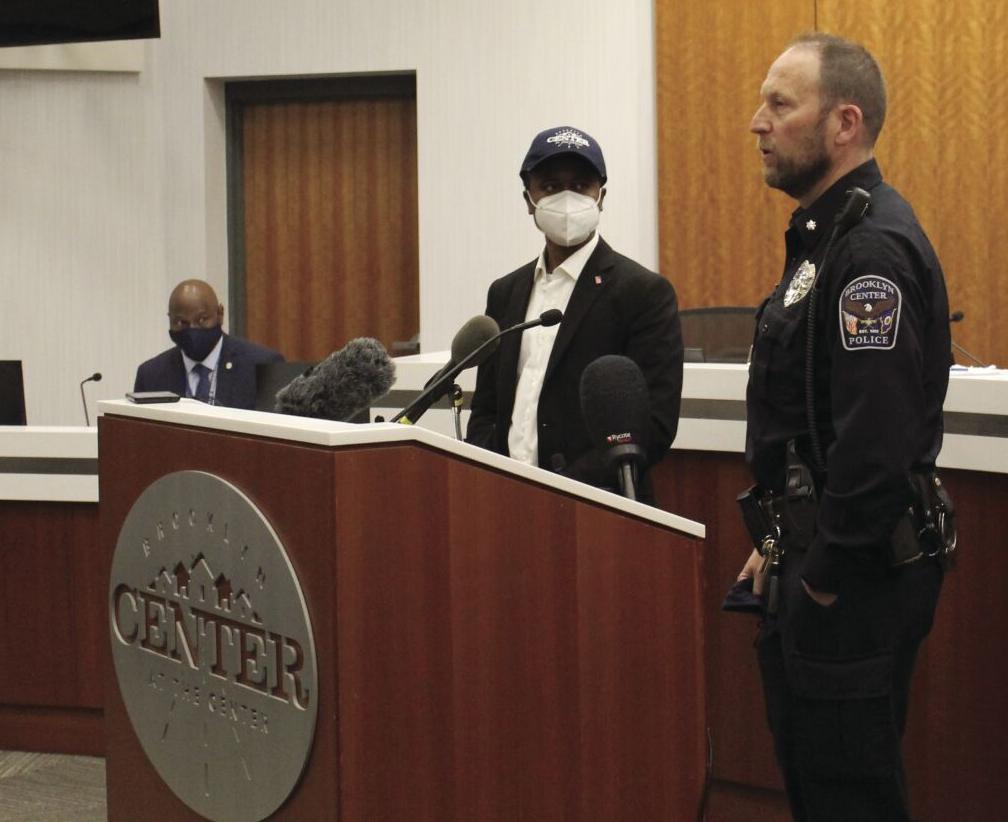 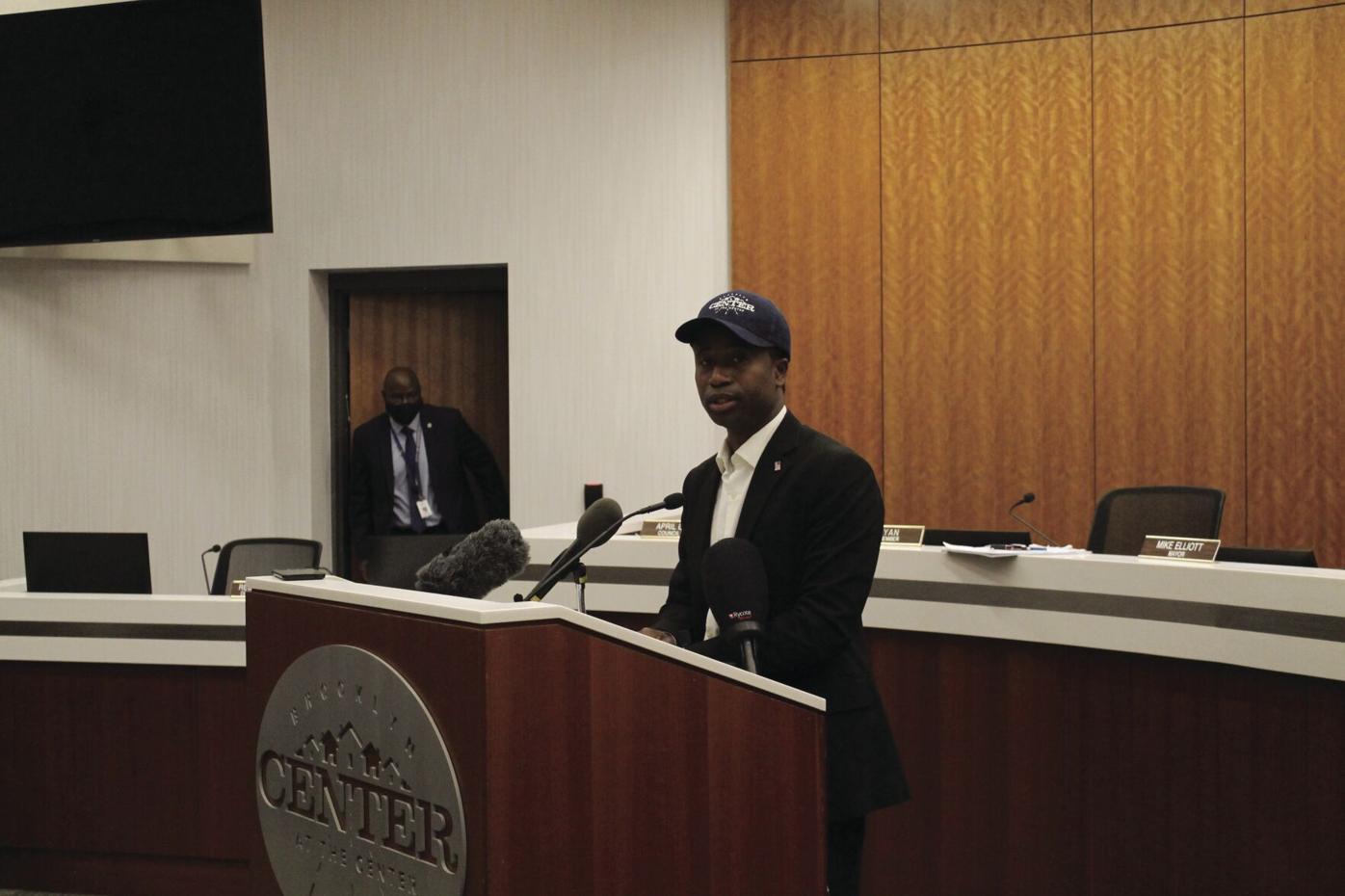 “As of this morning, we have received a resignation letter from officer Kim Potter and in addition to that, we have also received a letter of resignation from the police chief,” Elliott said.

Potter was identified by the Bureau of Criminal Apprehension as the officer who discharged her firearm during a traffic stop, resulting in the death of 20-year-old Daunte Wright April 11 in Brooklyn Center.

“I am tendering my resignation from the Brooklyn Center Police Department effective immediately. I have loved every minute of being a police officer and serving this community to the best of my ability, but I believe it is in the best interest of the community, the department and my follow officers if I resign immediately,” Potter wrote in her letter of resignation, which was released by Law Enforcement Labor Services, a public safety labor union.

Elliott declined to comment on Gannon's reasons for resigning.

The City Council and mayor recommended that Acting City Manager Reggie Edwards fire Gannon and Potter in a meeting April 12.

It is not clear if Potter was aware of the council's recommendation, Elliott said.

“I have not accepted her resignation,” he said. “We're doing our internal process to make sure that we're being accountable to the steps that we need to take.”

Gruenig has been with the police department for 19 years.

“I am in charge (of the police department) ultimately,” Elliott said. “Obviously the acting city manager has day-to-day responsibilities over the department, so that is the chain of command.”

However, command will be turned back to the chief at a later date, Elliott said.

“This is an emergency short-term type of situation,” he said. “When the emergency is over, I do plan on relinquishing control over the department.”

“The officer stepping down has the effect, I think, of speaking to one of the things that the community, that folks who have been out here protesting have been calling for,” Elliott said. "I'm hoping that this will help bring some calm to the community.”

The city wants to send a message to the community that “we're taking the situation very seriously, although things did not unfold the way we thought ultimately they should unfold, we're hoping that we're turning over a new leaf now,” Elliott said.

He listed the Multi Cultural Advisory Committee and the Joint Community Police Partnership as efforts expected to continue. The COVID-19 pandemic has made it more difficult to have one-on-one meetings with community members, he said.

“We want to reach out to the community. We do that on a regular basis. We'll continue to do that,” he said. “There's a history there.”

When pressed by community members, he did not offer any longer-term plans.

“I don't have a plan. I'll work on a plan. I could talk to the community members and see where they would like the direction to go, but I was appointed the chief an hour ago. I don't have a comprehensive strategy,” he said. “I understand your concerns.”

Currently, Washington County Attorney Pete Orput's office is set to determine whether to file criminal charges against Potter in the case.

Elliott said he will ask Gov. Tim Walz to appoint the state Attorney General's Office to consider the case rather than Orput's office.

“This case needs to be appointed to the attorney general,” Elliott said.

The council approved a resolution April 12 banning the use of tactics such as deploying tear gas and rubber bullets on protesters who are non-violently demonstrating.

However, law enforcement has operated more as a regional, central command called Operation Safety Net that is responding to issues related to the Derek Chauvin trial. That joint effort has command over the law enforcement agencies operating in Brooklyn Center in recent days.

According to Elliott, the orders to use tear gas and rubber bullets against protesters did not originate with Brooklyn Center officials.

“If people are not protesting peacefully and they're engaged in any kind of use of force against law enforcement, I just want to say there is a difference there that we recognize,” Elliott said.

Elliott declined to offer specific details regarding the firing of former City Manger Curt Boganey, but pointed to the police department's handling of the first night of protests.

“Obviously this is a personnel matter,” he said. “What I can say is that city manager, as you all know, serves at the pleasure of the City Council and is subject to removal at the will of the City Council. Mr. Boganey has provided many years of dedicated service to the city of Brooklyn Center. The city council had significant concerns regarding how the city responded to the protests. The city council determined it was in the best interest of the city and its residents to seek new leadership in the city.”

“We do want to thank Mr. Boganey for his service to the city,” Elliott added. “He has made strides in many areas to help make the city better.”