A developer is currently seeking funds to build an apartment complex at 4600 Lake Road, along South Twin Lake in Robbinsdale. 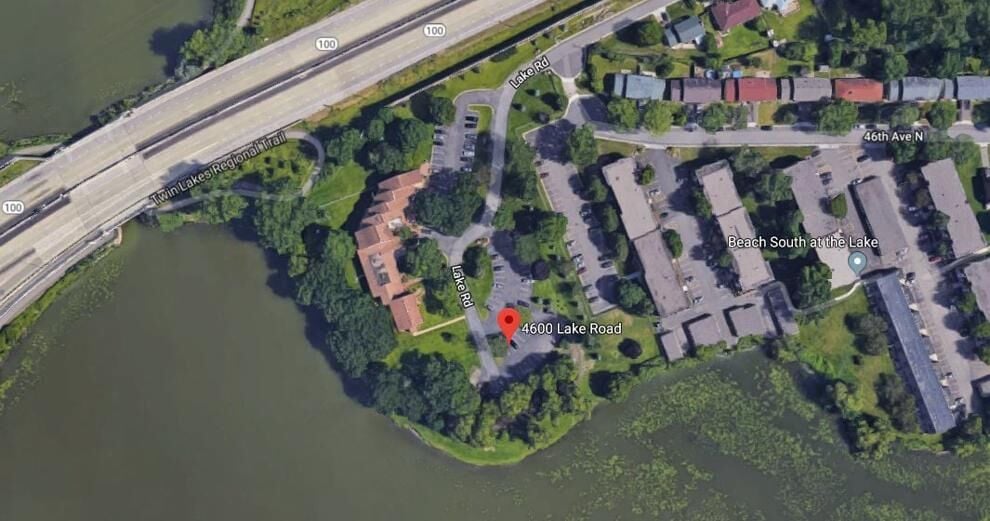 A map of 4600 Lake Road, the site of a potential apartment complex along South Twin Lake in Robbinsdale.

A comprehensive plan amendment supported by the Robbinsdale City Council April 20 will change a potential development site at 4600 Lake Road from medium- to high-density. Though a developer is currently seeking financing to build a $30 million, 118-unit apartment on the site, city staff members said the change would not give the developer the option to increase the size of the building or the number of units.

Community Development Coordinator Rick Pearson said the lack of conformity had been “understandably” confusing for the developer.

The zoning change will match the zoning for the neighboring apartment complex, Beach South on the Lake, and was recommended by the attorney for the Robbinsdale Economic Development Authority.

The Planning Commission recently recommended the zoning change after discussing the lack of impact the change would have on the apartment building being considered there.

The developer, 4 West Capital Development, requested permits to build an apartment complex on the property in the fall of 2019. Several variances and conditional use permits, which included the construction of 168 units, were denied on the grounds of the project being inconsistent with neighboring properties.

The proposal was unpopular with area residents, who argued the size of the apartment didn’t fit the character of the neighborhood and the traffic from tenants couldn’t be sustained on narrow Lilac Drive. At the time, Councilmember Dan Rogan called the proposal “too big, too tall, and has too many people.”

Staff members confirmed that, as of April 20, the developer was still actively pursuing a smaller 118-unit project, and could do so without requiring approval from the City Council.

Mayor Bill Blonigan said that he expected they would return, however, to discuss financing assistance with the Economic Development Authority. The EDA, a separate body made up of the same membership as the City Council, had indicated previously that it would consider pay-as-you-go tax-increment financing.

City Manager Marcia Glick said though the EDA had given its indication that tax-increment financing for 10% of the project cost was “reasonable,” it would still come back to the City Council in the form of a public hearing, likely in June. She added that the pay-as-you-go method would not affect the city’s tax levy.

Councilmember Sheila Webb asked for further clarification on the matter, saying she felt two things were being said. “I do get phone calls and I do get emails about the development and I just want people to be clear on what’s going on,” she said.

“The owner of the land can build a 118-unit building with or without us, because they have the proper zoning and the proper setbacks, but the fact is they probably can’t do it because they need some help from the EDA,” the mayor said. “If anything were to change it would probably be the result of a lawsuit.”