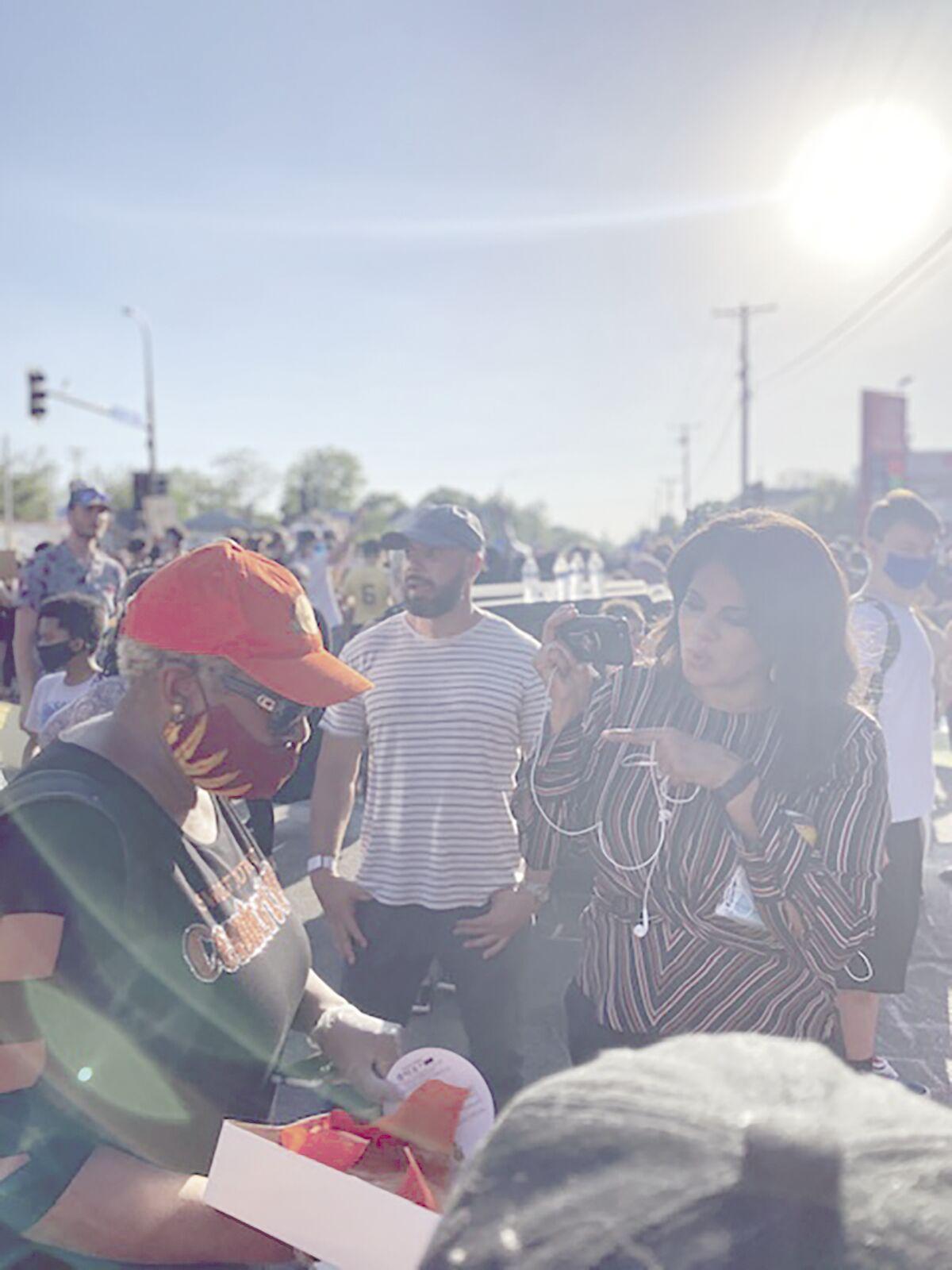 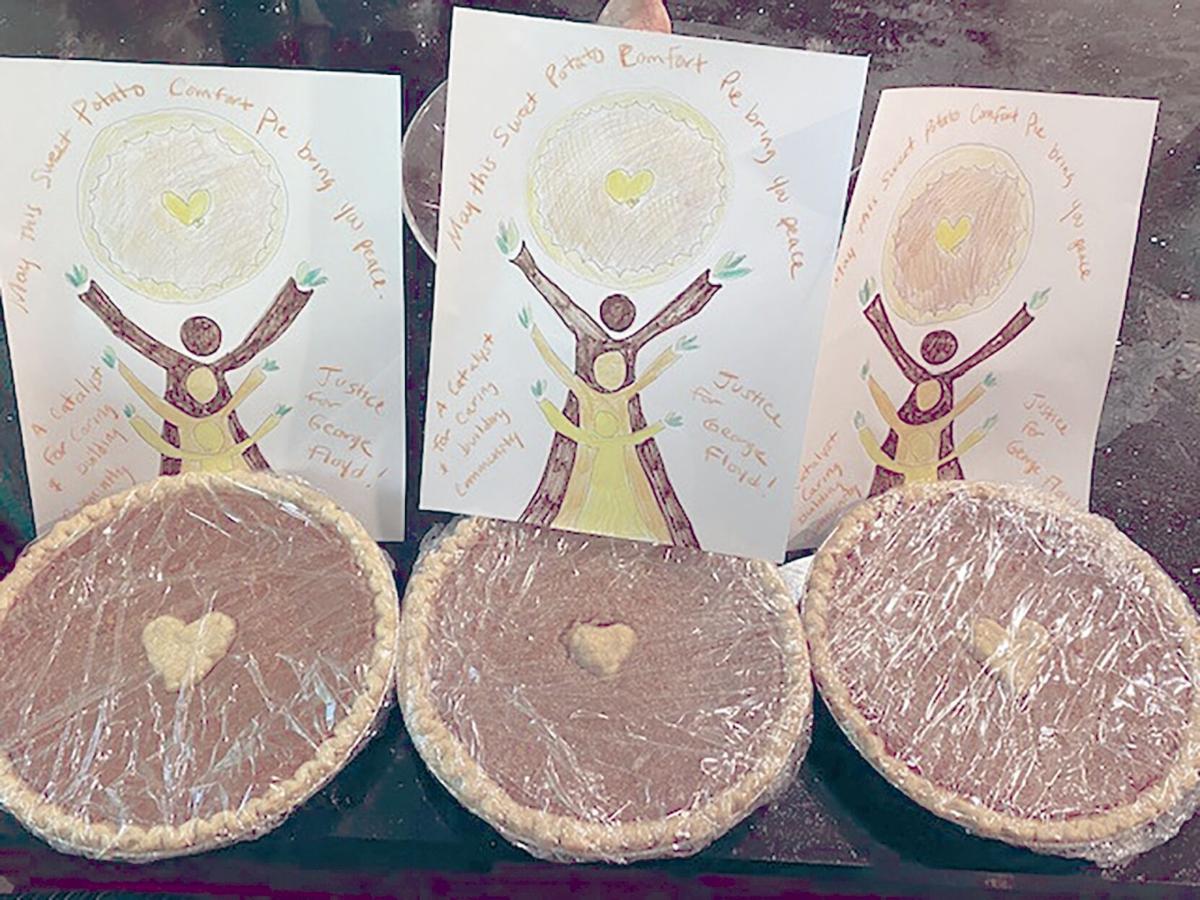 Sweet potato comfort pies were wrapped and ready for donation. 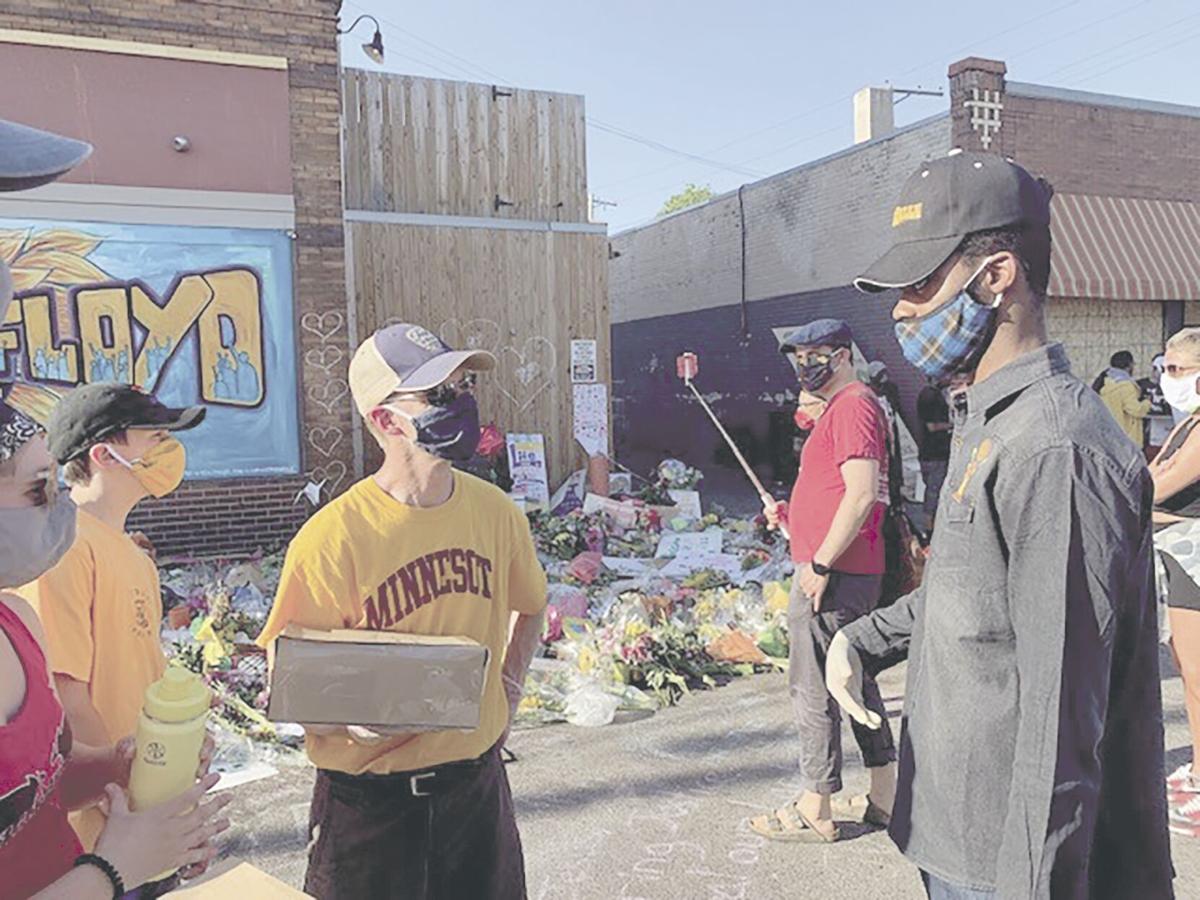 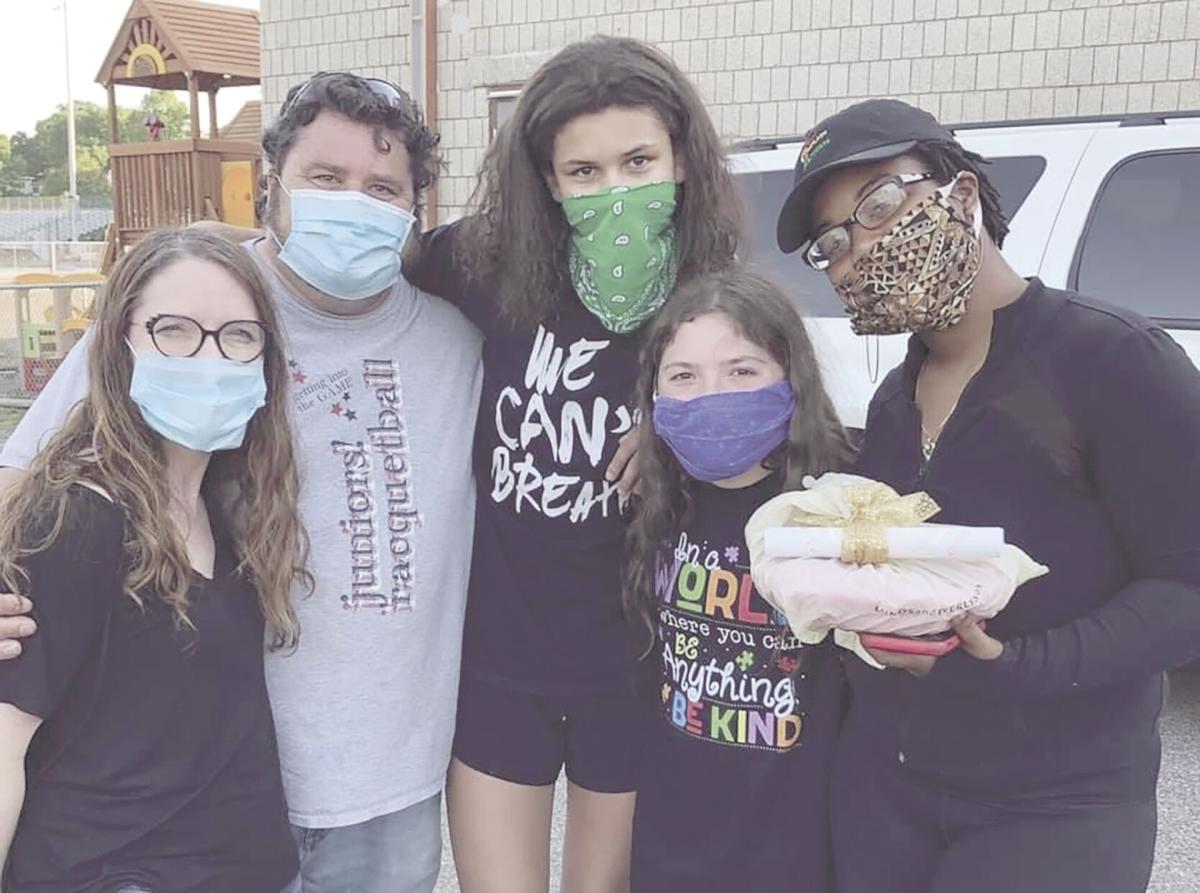 Sweet potato comfort pies were wrapped and ready for donation.

Recent protesting in Minneapolis over the police-involved death of George Floyd has been marked by peaceful marching, prayer and chanting, and at times, by vandalism, looting and arson. As protests continued from May 25, the day of Floyd’s death, well into the weekend, Golden Valley Rose McGee found herself up all hours of the night “pacing the floor and praying.” Then one night, she preheated the oven.

McGee is not a stranger to some of the most divisive sites in recent U.S. memory. Since 2014, she’s led an organization that focuses on sparking meaningful conversation and healing over a slice of sweet potato comfort pie. Pies baked by McGee and her team have been shared with demonstrators protesting the installation of an oil pipeline at Standing Rock, the shooting deaths of Jamar Clark and Michael Brown, and the mass shooting at a Methodist church in South Carolina. The site of Floyd’s death, which has quickly become a memorial decorated with flowers and a colorful mural, was added to the list June 1.

McGee said she grappled with whether the time was right for pie in Minneapolis.

“At first I didn’t think it was time,” she admitted. “Generally, it’s two to three weeks, if not months before we begin taking pies into these types of situations. This time, I felt led to move quicker. I wasn’t sure how at first, but I knew I had to.”

McGee and some volunteers offered pies to demonstrators, first responders, those who had experienced damage to their businesses, clean-up volunteers and community organizers fighting to keep their neighborhoods safe. The pies were well-received, which McGee believes is a testament to the fact that “they come from the heart.”

In situations like this, McGee assembles a 30-some group of volunteers, known as the pie team, to bake an inordinate number of pies in a small amount of time. This was made difficult, of course, by the coronavirus, so McGee altered her model. She posted a live video on her social media account, telling people of her need for pies, giving a quick tutorial on how to make them. She welcomed people to make a pie or two and meet her at the intersection of 38th and Chicago avenues in south Minneapolis, the intersection where Floyd died, to give them away, or to share the dessert with anyone they knew who was involved in the issue.

Altering the model from making “many pies in one place” to “a few pies all over the place” wasn’t a problem. As McGee explained in her initial call for pies on social media, “This pie is not about the quantity but the quality, and the power it represents.”

McGee has said that the pies are meant to nurture and fortify the human spirit for “much-needed work.” The pies also serve as a reminder of the often-overlooked black experience in American history. The sweet potato, or yam, is a crop native to Africa and was introduced to the U.S. by slaves. For centuries, many holiday meals in African American homes have traditionally been topped off with a portion of sweet potato pie.

The experience at 38th and Chicago was a place of conversation, much of it in sadness and disbelief. There was a large circle gathered around the exact place that Floyd was pinned down and died.

“Some people just stood and stared at the face of Mr. George Floyd painted on the building of the Cup Foods Market where the whole thing started,” McGee said. “Won’t that be something for the history books?”

About 30 people of all ages participated, either on their own or with McGee. Volunteer Andrena Seawood and her son, Matthew, later reflected happily on the fact that after a long day of confronting difficult issues, some people got to go home and try a slice of their gifted pies.

“Gifting a still-warm pie felt like we were sharing pure love,” Seawood said. “Everyone came to the protest looking for affirmation that this grief and anger they were feeling was shared. We live in an America where we have to be careful when – and where – we pull off our masks and let our real emotions show. We felt relief at reaching a place, the protest, where we can show how we really feel.”

“The pies gave us a chance to create dialogue between strangers and create a human connection in ways that need to happen more often,” he said.

‘When will this stop?’

McGee has also been thinking deeply about the act of protesting as a critique has swirled around the “right” and “wrong” ways to demonstrate dissent. Seeing so many of these demonstrations firsthand, she noted that the wishes of the family impacted by the tragedy are often honored by demonstrators. Since the Floyd family has asked for peace, violent behavior from protesters has appeared to simmer, just as it did when the families of Philando Castile and those at the Charleston church shooting spoke out.

On the other hand, she said it is important to keep in mind that people historically marginalized and oppressed might feel compelled to protest violently.

Still, “No one in their right mind wants to see their own communities ravaged, burned, looted and destroyed,” she said. As clashes between protesters and police continue to play out, she hopes for a day when turning on the news won’t end in a series of harried calls and a rush to her oven.

“When will this stop? How can this still be happening? How can people all over this country hate so deeply because of a person’s skin,” McGee said. “These questions I agonize over, time and time again, because these incidents keep occurring time and time again.”