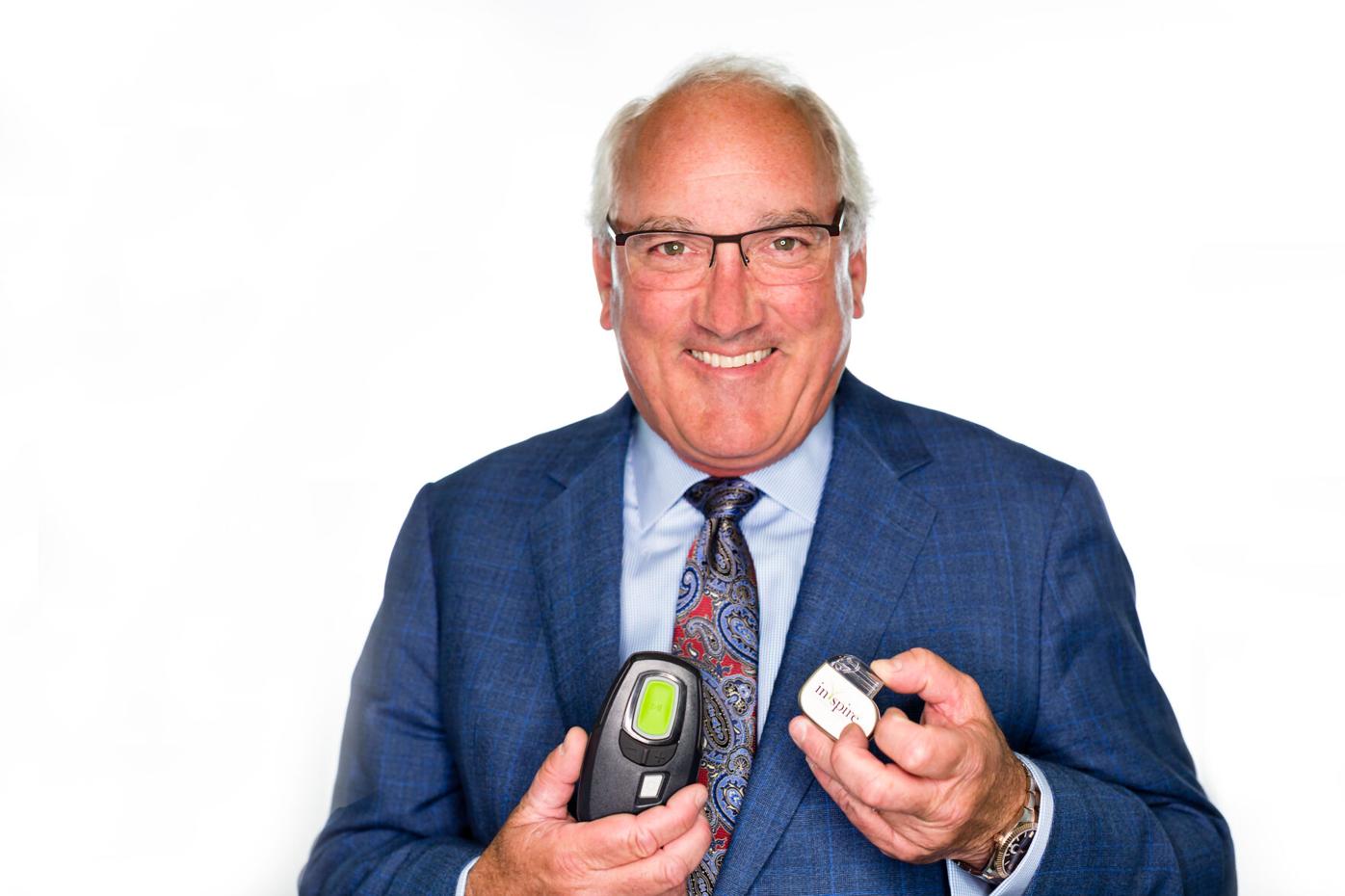 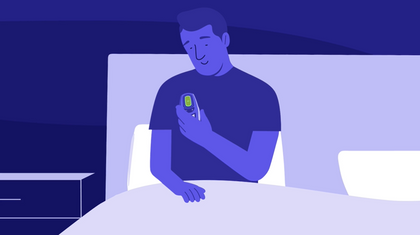 The Inspire medical device helps those with sleep apnea achieve adequate sleep. The device, which is an alternative to CPAP and more invasive surgeries, is owned by Golden Valley-based Inspire Medical Systems.

“Everything you do tells you how good you slept last night,” said Herbert. “Tom Brady talks about how important sleep is, people are becoming much more aware about sleep.”

The Golden Valley-based business has much to benefit from the trend. Their product, created in 2007 in a Medtronic lab and fine-tuned in Herbert’s basement, is a remote-controlled device that controls sleep apnea.

Since getting FDA approval in 2014, the device has been implanted more than 12,000 times. Last month, Deloitte recognized Inspire in its “North America Technology Fast 500” list for its impressive 399% three-year growth.

Sleep apnea is characterized by an over-relaxed airway that collapses during sleep.

“When you inhale, air comes into your lungs, but if your airway is collapsed the patient is choked,” Herbert said. “It makes a sound, but it’s not snoring; they stop breathing.”

It is common for those without the disorder to experience a few of these events per hour, but people who have severe cases will experience a blockage at least every other minute.

The market for solutions to sleep apnea has been long-dominated by two solutions: invasive and often ineffective surgery, or the aid of a nighttime breathing mask with continuous positive airway pressure or CPAP.

The CPAP machine is something of a monolith in the management of sleep apnea. Herbert said one of Inspire’s key challenges has been shaking the perception that the other side of a sleep apnea diagnosis can only be a lifetime of continuous forced air at night, which can be especially hard on those with a high rate of apneas.

“All that pressure constantly through the night, people don’t tolerate it very well,” said Herbert.

Surgery typically involves the removal of tissue from the airway, which Herbert said is often “very painful” and only effective for half of those who undergo the operation.

The market was ripe for an alternative. The Inspire device is a small battery implanted under the skin in an outpatient procedure. The device is turned on by hovering a remote over the area each night. When it detects the airway closing, it stimulates a nerve that moves the base of the tongue forward. The company has found that 96% of its patients prefer it to CPAP machines.

“You don’t know it, you don’t feel it, you don’t sense it,” said Herbert. “The tongue is a motor nerve, not a sensory nerve, so it doesn’t wake you up and you get a restful sleep.”

David Lemmer and a coworker signed up for a trial of the system in 2010. Lemmer passed the stringent criteria, but the coworker did not. Graduating from the CPAP to the Inspire device has been “amazing,” he said.

“It’s more targeted and precise than the CPAP,” he said. “You’re not struggling with hoses and noises and cleaning, but you’re still getting all the benefits.”

Lemmer had been a diligent CPAP machine user since he was diagnosed, even taking it on frequent work travels.

“After post-9/11 stuff, it would cost me another half hour just to get it through security, but it was a small price to pay for the value you get from decent sleep,” he said.

Now, he just needs to remember to bring the remote. Lemmer was glad to leave his “love-hate” relationship with his CPAP machine.

“It’s noisy, it’s big, it sits on your face all night,” he said. “My wife and I kind of commingle in the middle of our bed, and the CPAP doesn’t enable that.”

The number of people unknowingly living with sleep apnea is high due to the difficulty of recognizing consistently poor sleep. Herbert said for every person using CPAP, there is another person who is going untreated.

A collapsed airway causes a person with sleep apnea to briefly wake to resume breathing, though for a period not long enough to remember. Instead, the disorder reveals itself via fatigue in the daytime. David Lemmer remembered routine exhaustion in the afternoon and nodding off while doing simple tasks.

“You never feel like you’ve gotten a good night’s sleep, you really don’t even know what good sleep is,” Lemmer said.

The Inspire team is having a good year. Herbert reported that the company had 71% growth year over year in the fourth quarter. The revenue growth in 2020 was 41% over 2019.

“And that’s in a COVID environment,” he said. “We were still able to grow with all the shutdown.”

Most major health plans are providing up to full reimbursement for the procedure, which is offered in 450 hospitals in 47 states.

“We are just one-sixth in the market, really in the early stages, but we plan to go to 2,400 hospitals,” said Herbert.

Herbert anticipated more growth, as 2021 will be the first year that interest over the device won’t be dogged by reimbursement issues. He looked forward to incoming generations of the Inspire device, which was recently tweaked to collect data for review and management on a smartphone app. With the data collection, doctors will be able to conduct telehealth visits and sleep studies without the patient having to step into the office.

“We are right where we want to be, but we’re just at the beginning of where we are going,” said Herbert.