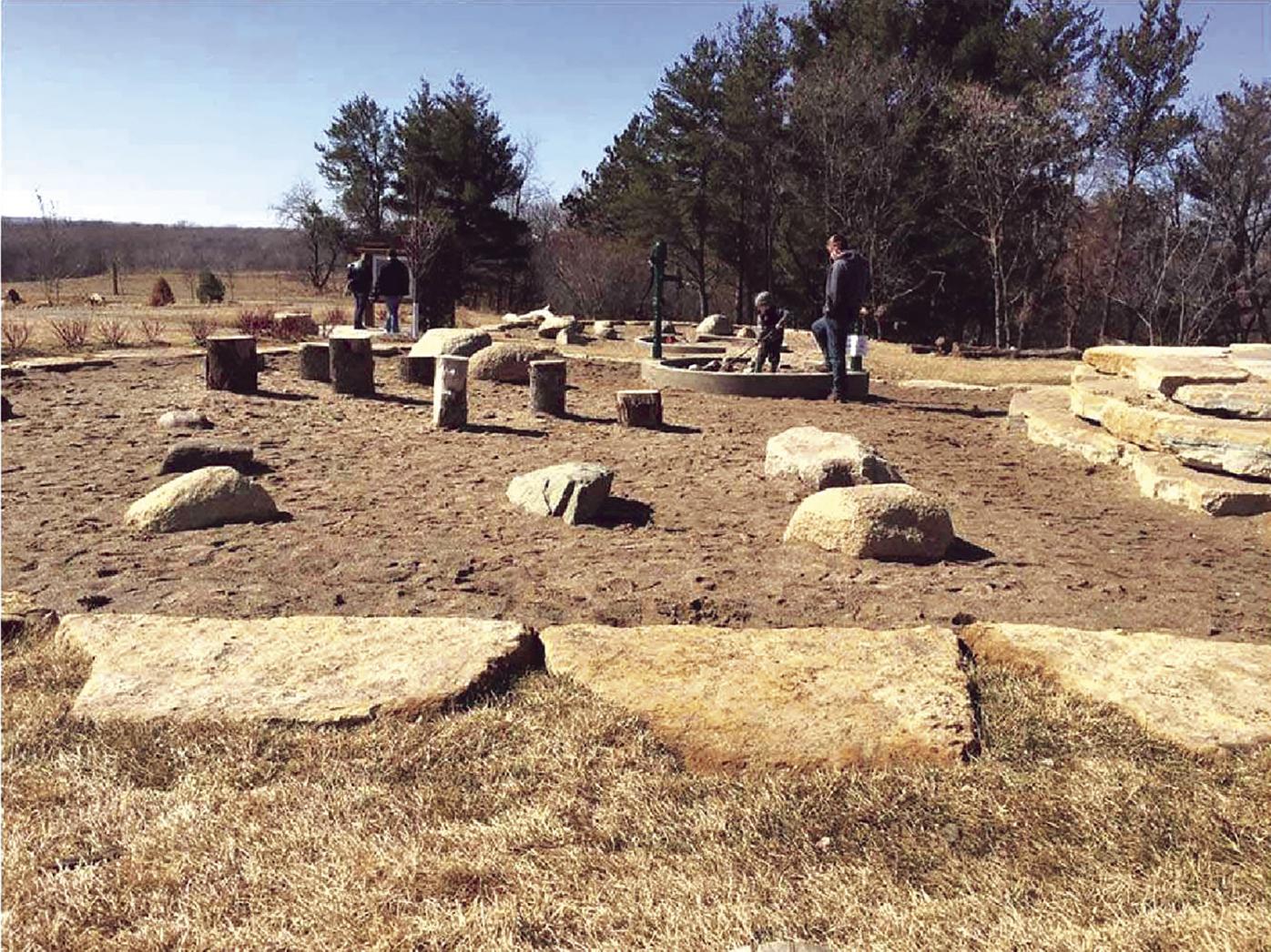 Whitetail Woods Regional Park in Dakota County features a natural play area, a concept Crystal Parks and Recreation Director John Elholm said could potentially be incorporated into the Crystal master parks plan for some of its own natural areas. 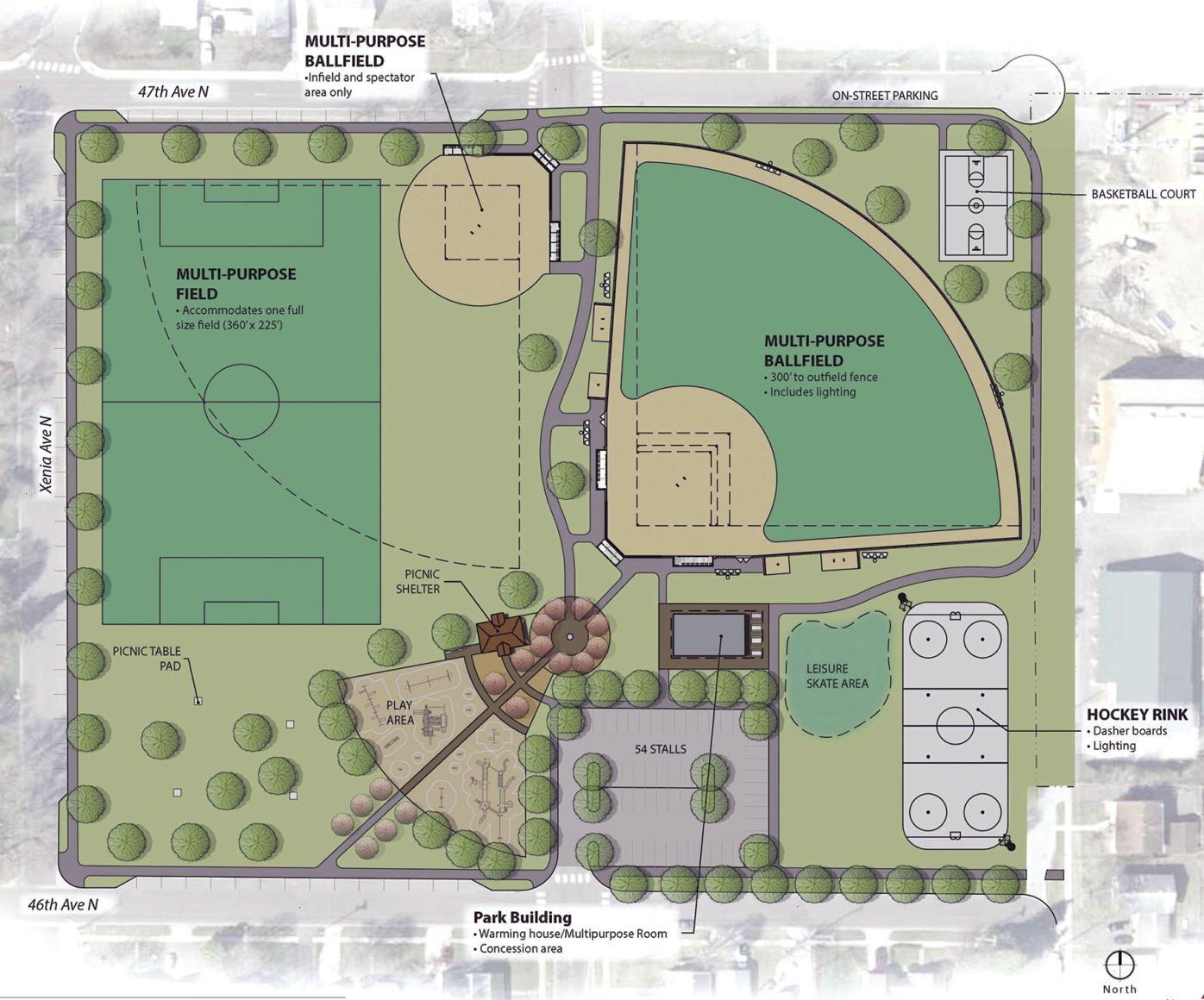 A diagram shows the proposed phase one developments of Welcome Park.

Whitetail Woods Regional Park in Dakota County features a natural play area, a concept Crystal Parks and Recreation Director John Elholm said could potentially be incorporated into the Crystal master parks plan for some of its own natural areas.

A diagram shows the proposed phase one developments of Welcome Park.

Crystal Parks and Recreation Director John Elholm presented an update on the city’s parks master plan at a Nov. 21 work session, which included more solidified plans and a proposal for the first two phases of the long-term project after more than a year of gauging feasibility and gathering public feedback.

Included in the presentation was an update to the MAC Wildlife Area boardwalk reconstruction project, which is slated to begin phase one of construction in January, or once the ground is frozen. Although the reconstruction is not part of the parks master plan, the project will represent the first improvements in a Crystal park. The reconstruction is being funded and handled through a partnership with Three Rivers Park District, which will open construction bids beginning in early December.

In addition to raising and replacing a boardwalk segment that is currently underwater, the plans also call for other segments to be replaced, depending on funding availability. Other goals include the placement of learning stations at several points along the park’s trails.

Elholm said the initial estimate for the project’s cost is higher than originally expected, because the deep soil bodies are made of sand rather than clay, requiring a deeper entrenchment for the boardwalk’s legs.

“Hopefully by next summer we’ll have a nice new boardwalk out there,” he said.

Elholm also provided a major update to the parks master plan, which seeks to re-envision the facilities and amenities offered at each of the city’s parks.

“It was very clear that the way people recreate today is different than what it was 30 years ago. This plan helps us form a framework for what our future plan for development would be,” he explained.

At public forums, some of the most popular wishes included updates to the dog park and disc golf course at Bassett Creek Park, more soccer fields and pickleball courts, more picnic shelters, better lighting on sports fields at night, and a community building in each park containing flush toilets that are consistently available.

The plan calls for a reduction of the number of baseball and softball fields, as well as fewer ice skating rinks.

The idea for Becker Park to become a central point in the city has been discussed in the past as creating a “special places for the community to gather,” according to Elholm.

“This concept really came up back before I started here, with the idea of having Becker Park be a destination park, for the farmers market, the water features, the flexible performance area, etcetera,” he said.

A large part of the planning work was to determine where various amenities would be placed and what functions each type of park would contain.

“Pickleball was proposed for North Lions, for example, and tennis was proposed to be put at Valley Place. A lot of communities are moving toward these destination places to do tennis and pickleball, plus I know that there are greater grant opportunities if you cluster things like tennis,” Elholm said.

Several parks will have baseball fields converted into soccer fields and pickleball courts due to a rising demand for the latter sports. Baseball and softball fields will be consolidated into single full-sized fields rather than multiple smaller fields scattered throughout different parks, as is currently the case.

At Welcome Park, Elholm said part of the plan is to remove two medium-sized softball fields and create one full-sized field with irrigation and lights, and put in a soccer field. The plan also calls for moving the park’s basketball court toward the center of the park to help cut down on noise complaints from neighboring residents. Additionally, he said that a small road cutting through the park interferes with the placement of the new field and will be removed.

The renovations at Welcome and Becker parks would be part of 2018 and 2019 capital programs, phase one of the master plan. Becker Park’s proposed 2019 renovations would include building an inclusive playground, which Elholm said could possibly be funded by grants, a fountain/water feature, the construction of one smaller storage building, and a promenade and dedicated performance area.

The Welcome Park development is expected to cost approximately $620,000 and would be paid for through the city’s parks fund. The work at Becker Park is projected at around $4.5 million, with more than half of that cost allocated to storm water improvements at the park. The project would be funded by a variety of sources, including $1 million from the EDA and approximately $1.3 million in storm water grants.

Elholm described the investments into the phase one work at Welcome and Becker parks as a down payment on implementing the master plan.

“We hope to be able to come back to Becker and do the rentable building and the other improvements that are shown in the master plan, but if we’re never able to afford that, this will function ... You may never be able to build up the rest of the master plan, you may be able to do more than that. There’s no way we can know that now. What we do know we can get the Welcome (Park) phase one and (Becker Park) phase one done with the resources that we have in the next two years,” he said.

Elholm emphasized that the plans to revamp the parks are designed to take place over an extended period.

“This is a 20-plus year vision; we’re not planning on building all of this in five years. What it really does is sets the framework for when we do development. It really speaks to where we should be putting different types of facilities,” he said.

In the final steps of approval, the plans will go to the parks and recreation commission for comments and recommendation, and would come back to the council for adoption in December or January.