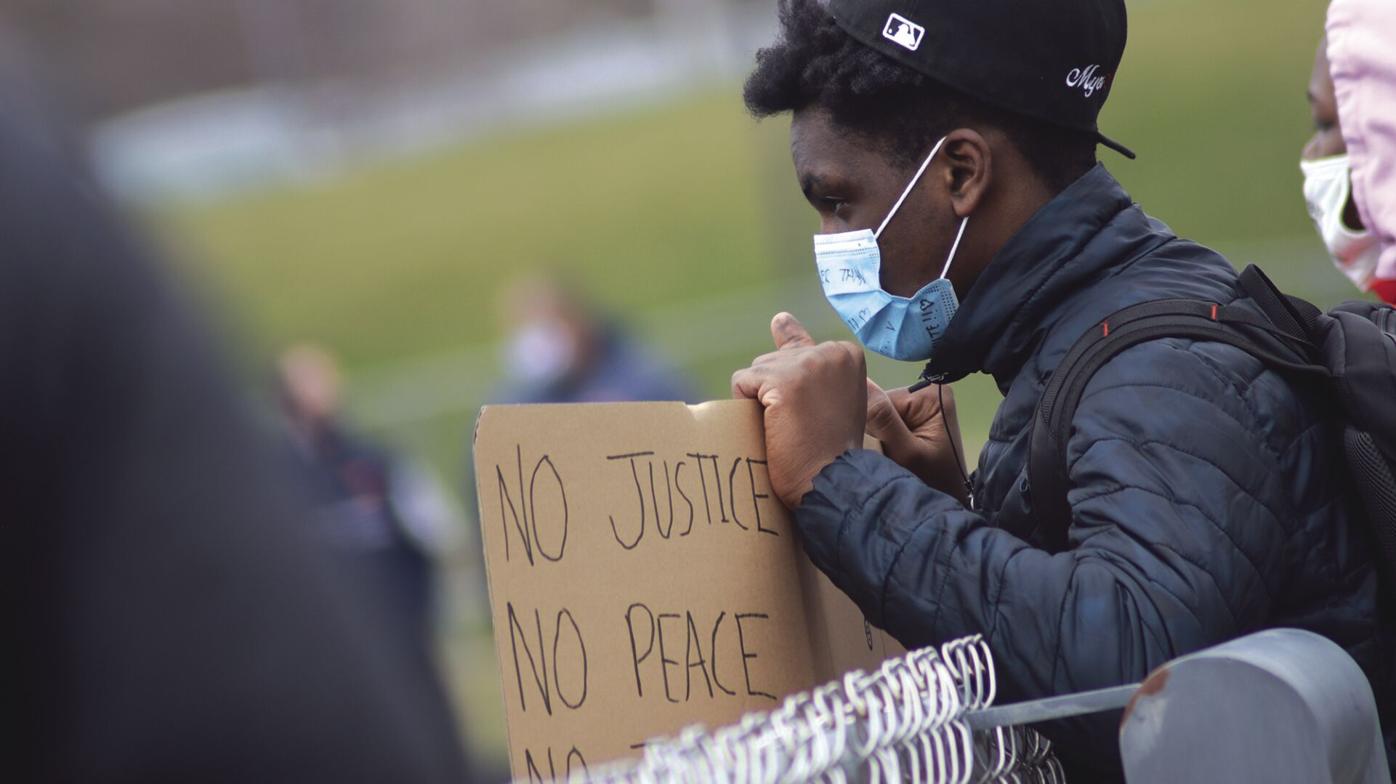 A Cooper student holds up a sign at a walkout organized by the school’s student council. The council worked with Minnesota student activists to host more than 100 protests at schools across the state on the same day. 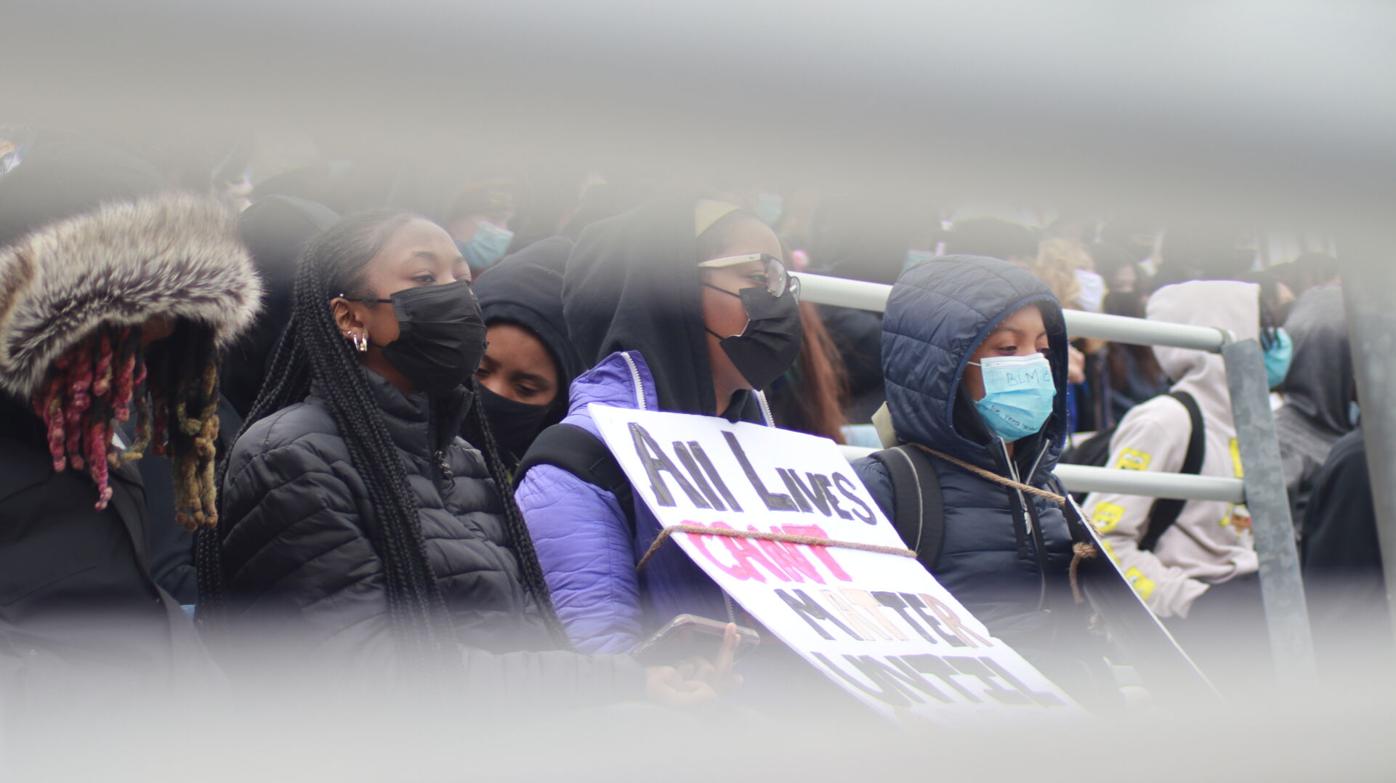 Robbinsdale Cooper High School students watch from the stands of the school’s football stadium at an April 19 walkout in protest of racial injustice in their community.

A Cooper student holds up a sign at a walkout organized by the school’s student council. The council worked with Minnesota student activists to host more than 100 protests at schools across the state on the same day.

Robbinsdale Cooper High School students watch from the stands of the school’s football stadium at an April 19 walkout in protest of racial injustice in their community.

A student organization at Robbinsdale Cooper High School in New Hope is getting accolades for a demonstration that was planned in concert with more than 100 other schools across the state.

Representatives of the group Students in Action discussed the mechanics of the protest, which occurred in April in response to the shooting of Brooklyn Center’s Daunte Wright, to the Robbinsdale School Board at the board’s Nov. 15 meeting. Students were introduced by Cooper Principal Frank Herman.

“For me personally, it was time to educate my friends and allies on racial injustices and how it impacts students like us, like me,” said Amber Scott, a member of the student group and honorary officer on the student council. Students in Action is incorporated into the council.

“(He) was our neighbor,” said Jace Herman of Wright, the school’s student council president and member of Students in Action. “We have students that live in Brooklyn Park, Brooklyn Center, and we wanted to give them a voice and let them know their voices were heard.”

Wright was shot and killed by Brooklyn Center patrol officer Kim Potter in April during a routine traffic stop. Potter faces charges of first- and second-degree manslaughter; her trial is set to begin Dec. 8.

The students said the walkout was organized in less than a week. The group built a program of student and staff speakers, and made posters at the site of the walkout, which was Barb Lehman Stadium.

Organizers then took to social media to see if student leadership at other schools would be interested in organizing other protests in solidarity. The group reached out to Minnesota Teen Activists on Instagram, who began to coordinate a statewide event.

The response was immense. The students told the board that to date, they estimated that 100,000 individuals at schools across the state walked out in solidarity with the Cooper student body April 19. Participating schools included Armstrong High School in Plymouth, as well as Breck School in Golden Valley, Hopkins High School, and Park Center High School in Brooklyn Park.

“We got over 115 high schools involved in the walkout on the same day, at the same time,” Herman said.

Multiplying Good, the nonprofit that hosts the Students in Action program, recently recognized the Cooper chapter for its efforts on its 2021 Outstanding Students in Action Teams list. It awarded the school a national bronze distinction.

The conclusion of the two students’ presentation was met by applause from listeners and board members.

Board Chair David Boone thanked the students, saying the event was a “perfect way” to exemplify the district’s goal of amplifying student voice.

“I teach at a school outside of this district, and (the students) followed your leadership,” Boone said. “So excellent work. Keep shouting that voice out loud.”