An artist’s rendering of the Raising Cane’s restaurant proposed for construction at 5625 96th Ave. 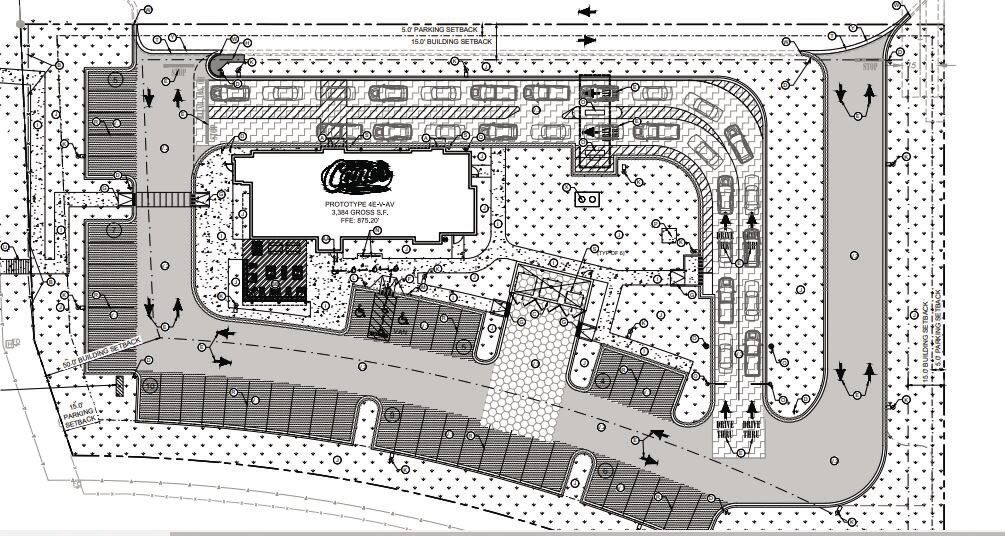 An overhead view of the site plan, showing the two lane, covered drive-thru wrapping around the building. 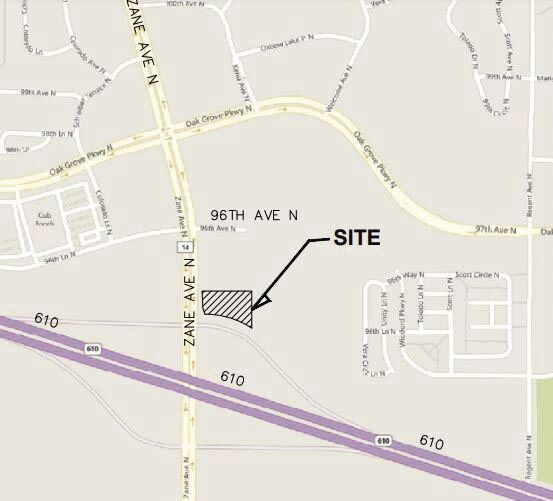 A map showing the site location north of Highway 610 and east of Zane Avenue.

An artist’s rendering of the Raising Cane’s restaurant proposed for construction at 5625 96th Ave.

An overhead view of the site plan, showing the two lane, covered drive-thru wrapping around the building.

A map showing the site location north of Highway 610 and east of Zane Avenue.

Brooklyn Park may bring another fast-food eatery into the Highway 610 corridor after a Raising Cane’s restaurant was recommended for approval by the Planning Commission Oct. 14.

The Louisiana-based company specializes in chicken fingers, and has 11 other locations in Minnesota.

“I can tell you my sons are very excited about this,” Commissioner Hassanen Mohamed said. The commission was unanimous in its support for the proposal.

The restaurant is proposed for construction at 5625 96th Ave., near the recently constructed Panera Bread location. Panera only used half of the property at the northeast corner of Zane Avenue and Highway 610 for its restaurant, leaving the other half for a user on the southern portion of the site.

The developer proposed the restaurant as a 3,384-square-foot building on a 1.85-acre lot, with a two-lane drive-thru wrapping around the east and north sides of the building.

The one-story building would primarily be constructed out of brick, with a covered ordering station installed in the drive-thru, similar to the one at the nearby Chik-fil-A. Access to the site is shared with Panera off of 96th Avenue.

Initially, the restaurant plans to hire approximately 50 workers. Once the restaurant is established, between eight and 12 people would work each shift.

Hours of operation are proposed to be 10 a.m. to midnight every day of the week. At maximum, the owner anticipates serving 1,300 meals per day.

According to Benjamin Johnson, principal engineer with Kimley Horn, Raising Cane’s customizes each of its restaurants based on their location, and partners with schools, sports teams, and community organizations for fundraising.

The chain has a limited menu: chicken fingers, crinkle cut fries, coleslaw, Texas toast, so-called Cane’s Sauce and drinks. There is also a chicken finger sandwich available on the menu.

If approved by the City Council, the restaurant is planned to open in September 2021.