An artist’s rendering of the proposed Woodspring Suites hotel at 9489 Winnetka Ave. N. 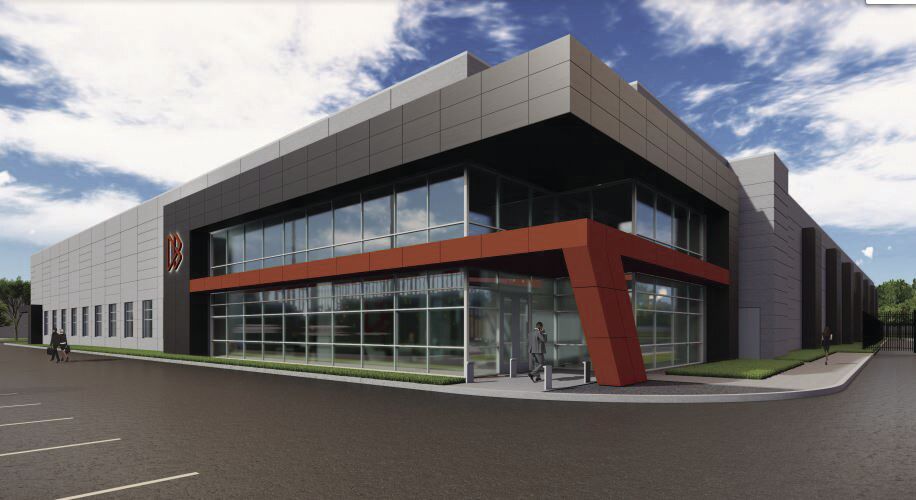 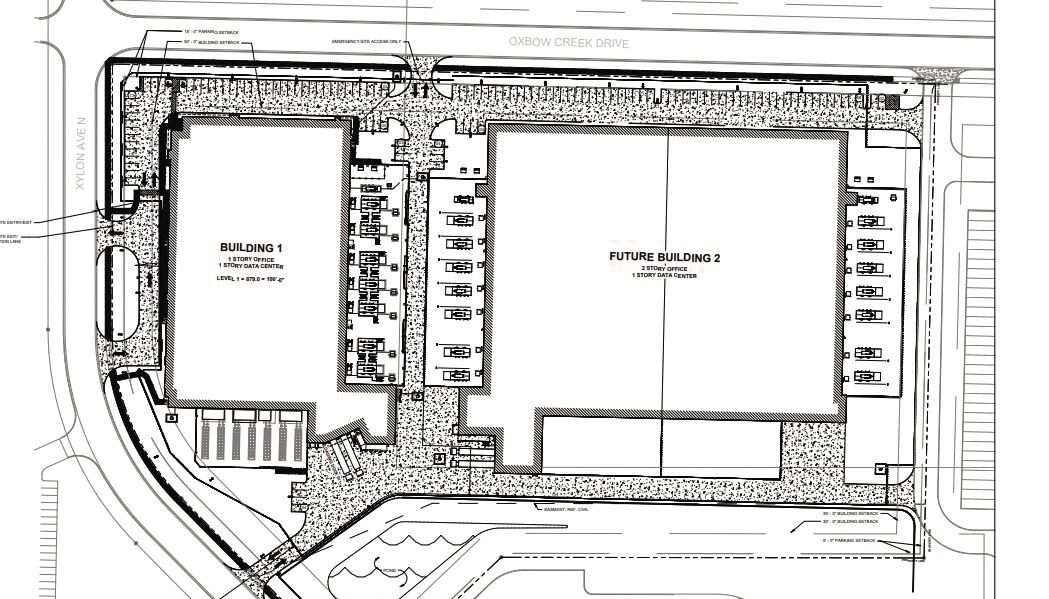 An overhead site plan for the Databank proposal.

A rear view of the proposed hotel in the Highway 610 corridor.

An artist’s rendering of the proposed Woodspring Suites hotel at 9489 Winnetka Ave. N.

An overhead site plan for the Databank proposal.

A rear view of the proposed hotel in the Highway 610 corridor.

The four-story hotel is proposed as a Woodspring Suites at 9489 Winnetka Ave. N., near the existing Tesla and Nilfisk buildings If approved by the City Council, it would be among the latest large developments in the remaining vacant plots along Highway 610 corridor.

The data center, proposed by Dallas-based company Databank, would add another 97,910 square feet of commercial space to the NorthPark Business Center at Winnetka Avenue and Oxbow Creek Drive North.

The larger NorthPark site is best known as the location where Scannell Properties proposed “Project Hotdish” in 2018, a 2.6 million square foot distribution center for an unnamed user. The developer withdrew the project in 2019, but marketing and development of the site have continued.

The Woodspring Suites — which is proposed near both the recently-developed Hampton Inn and Home2 Suites on West Broadway, just south of the interchange with Highway 610 — would sit on a 4.5-acre site, with a total building area of 13,000 square feet. Plans include 126 guest rooms, each with their own heating and cooling system.

Vehicle access will be from a private roadway extending west of Winnetka Avenue. While the city would typically require 1.25 parking spaces per room at a hotel, which would total 158 spaces for this proposal, the applicant has proposed to construct 127 spaces.

To move forward, the council would need to both approve a conditional use permit for the development, and rezone the property from its current designation as transit-oriented development.

Construction materials planned for use include gray brick and masonry stucco in three different colors.

Tech company Databank, which has two existing facilities in Eagan and Edina, proposed a site-plan review for a data center on a 14.4-acre site at 8111 Oxbow Creek Dr. N.

“Databank is very excited to come into Brooklyn Park,” said Craig McGahey, a representative for Databank. “We have 20 data centers in different markets around the U.S. in nine specific markets. Minneapolis was one of our first.”

Senior planner Todd Larson said the development would in essence be a “big computer room.”

McGahey said that the other Databank facilities typically employ between six and 12 employees to work at and maintain the facility. The facility will see traffic from customers that need access to the facility as well, he said.

For security purposes, the site would be surrounded by fencing with controlled gate access.

A 200,000 square foot facility had previously been approved for the site, but those plans have since expired.